On Saturday, the president was filmed at the polling station in West Palm Beach with just over a week until the US presidential election on November 3. 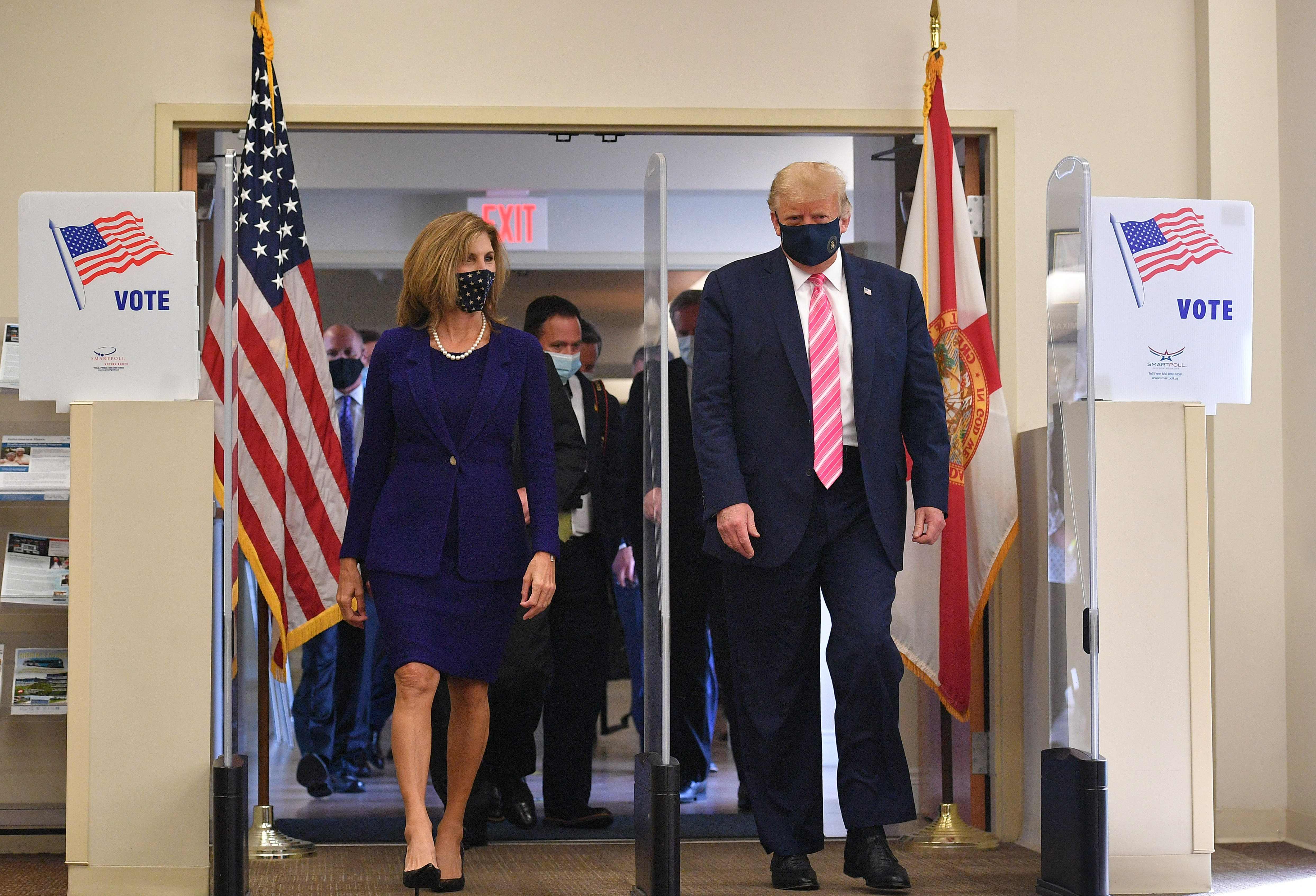 It's the first time an incumbent president will cast his vote in The Sunshine State.

Trump cast absentee ballots in the March presidential primary and again in the August 18 primary election.

On the day he voted, Trump also slammed his Democratic rival Biden on Twitter, describing him as a "compromised" and "corrupt politician."

"China is desperate for Biden to win because if Biden Wins, CHINA WINS – and China will OWN AMERICA," Potus wrote.

"This corruption is EXACTLY why I decided to run for President in the first place.

"For years, I watched one betrayal after another, as politicians like Joe Biden sold out American Workers at every turn—shattering the lives of millions of American families while THEIR families raked in millions of dollars.

"I could not sit by and watch THEM take advantage of YOU anymore. They are coming after me because I am standing in their way, and standing guard for this Country we LOVE!"

Potus has been vocally critical of Biden as the election looms, calling him a "liar" during his Friday rally.

Speaking to supporters at two rallies in The Villages and Pensacola, 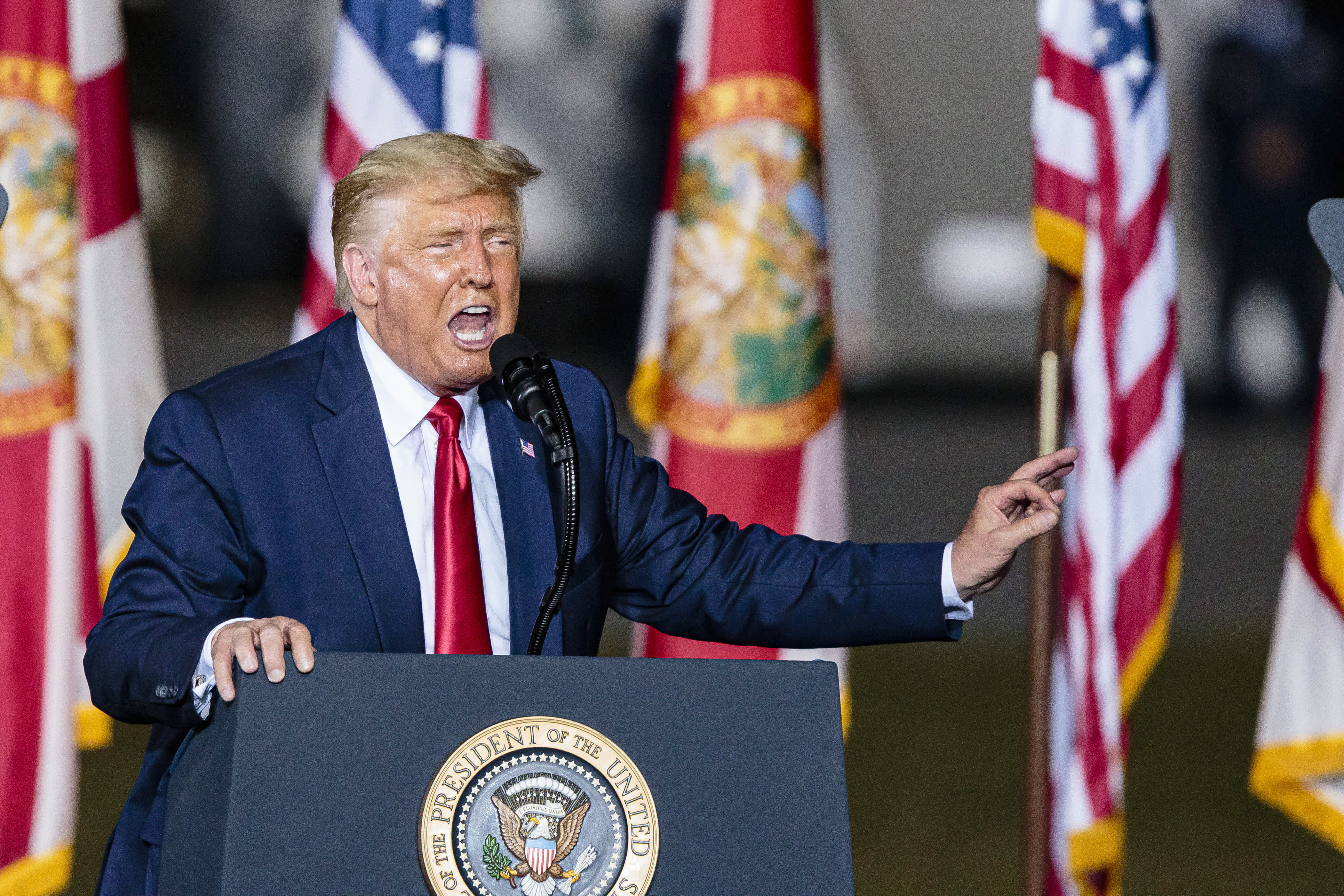 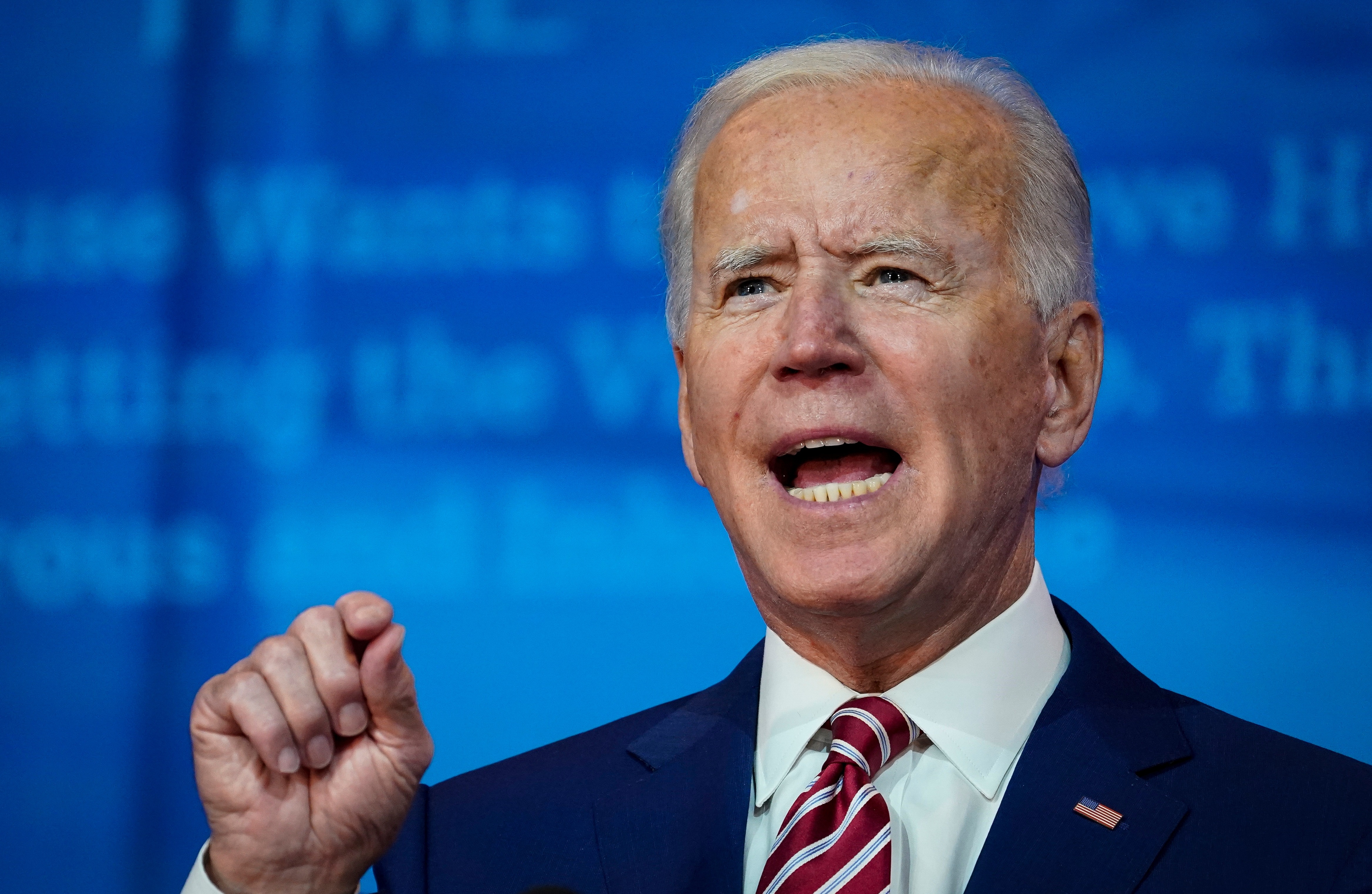 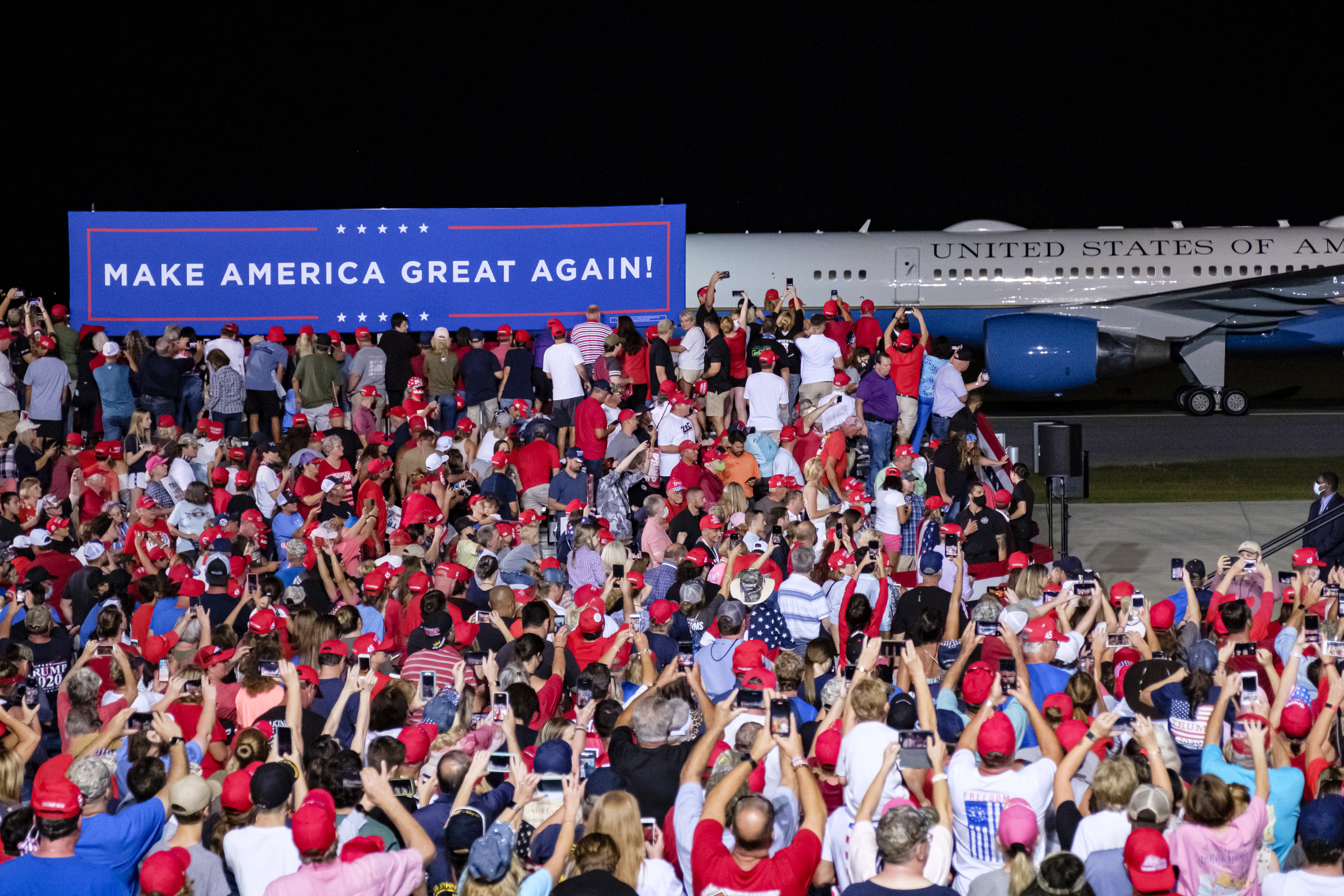 "Joe Biden uses his public office to enrich himself and his family," Trump claimed to supporters in Pensacola.

"I use my public office to bring jobs back to American workers."

Trump also attacked Biden as he referenced reports that the country was trying to interfere with the US elections to swing it in Biden's favor. 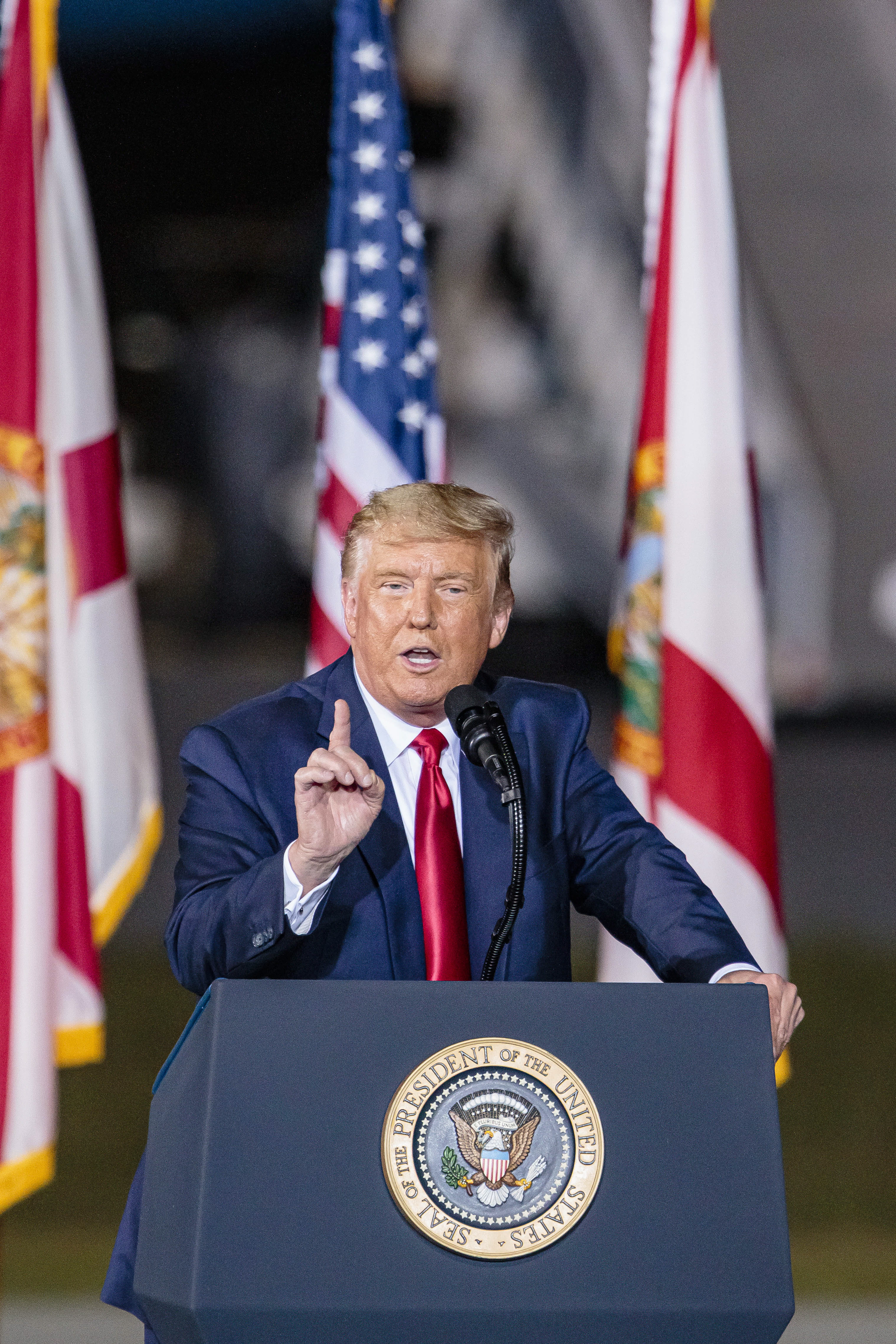 On Thursday, Biden denied ever receiving money from foreign sources.

"I have not taken a penny from any foreign source at any point in my life," Biden insisted during the debate.

"I’ve not taken a single penny from any country whatsoever, ever," he added.

Trump hit at Biden as a "liar" when speaking in The Villages. 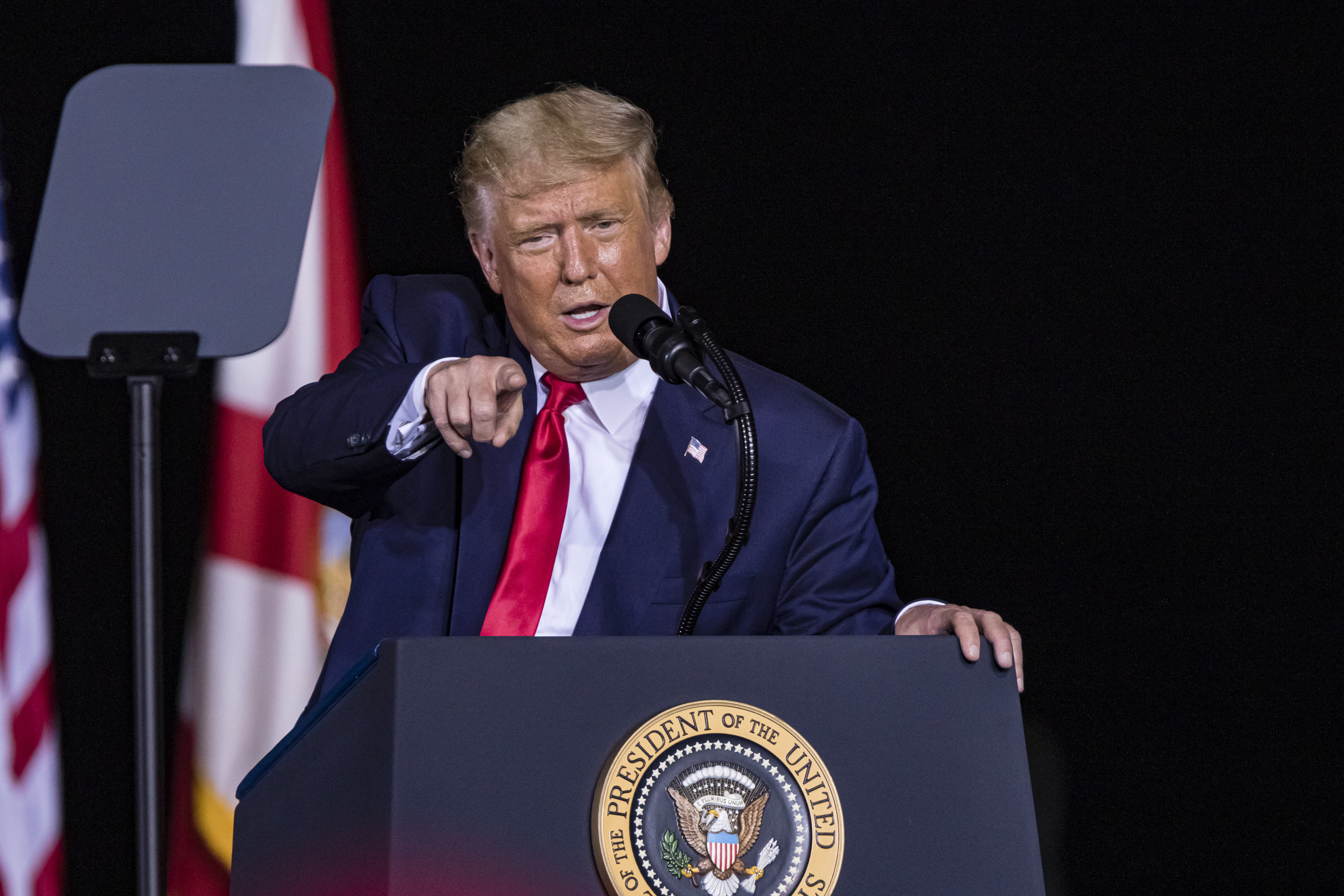 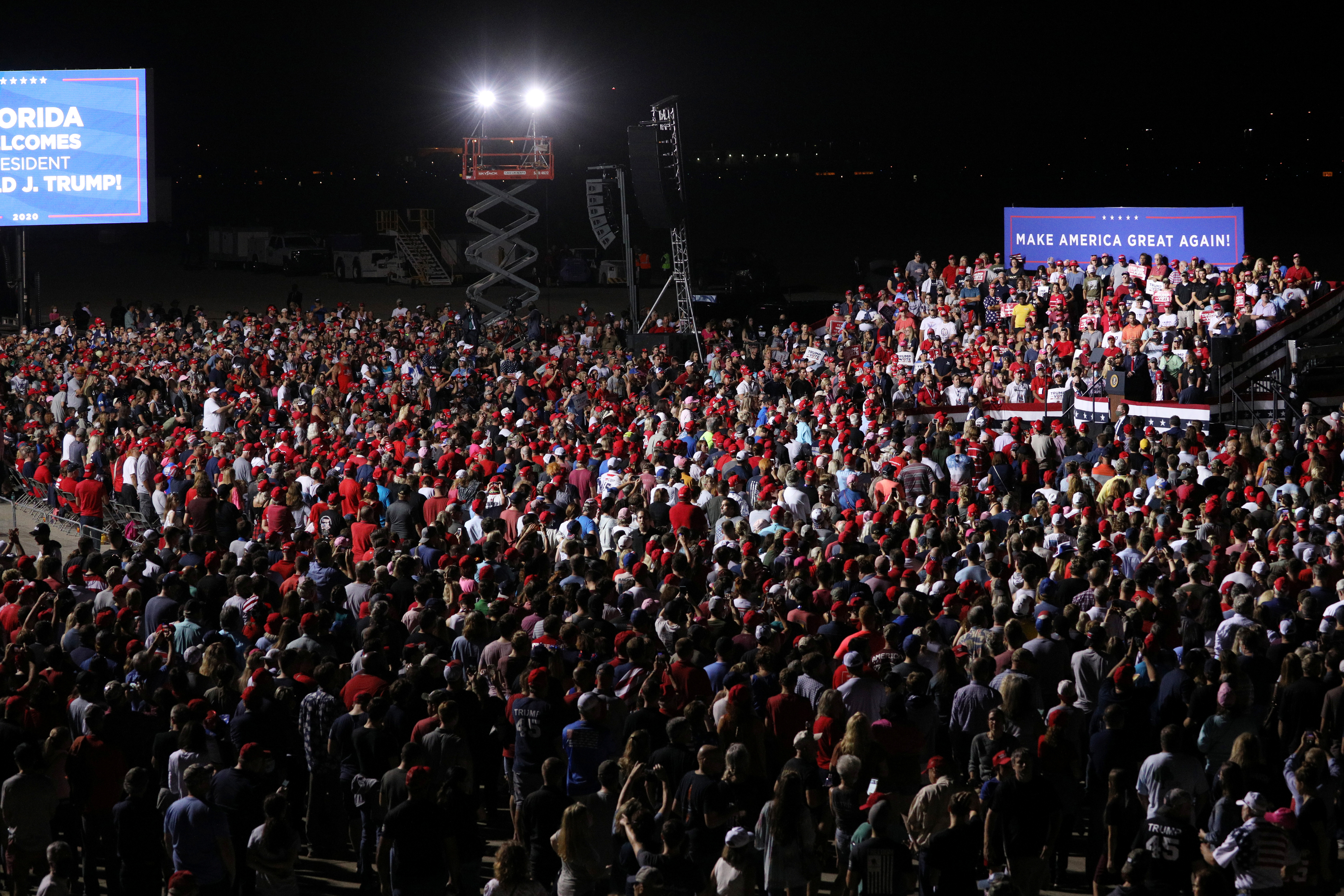 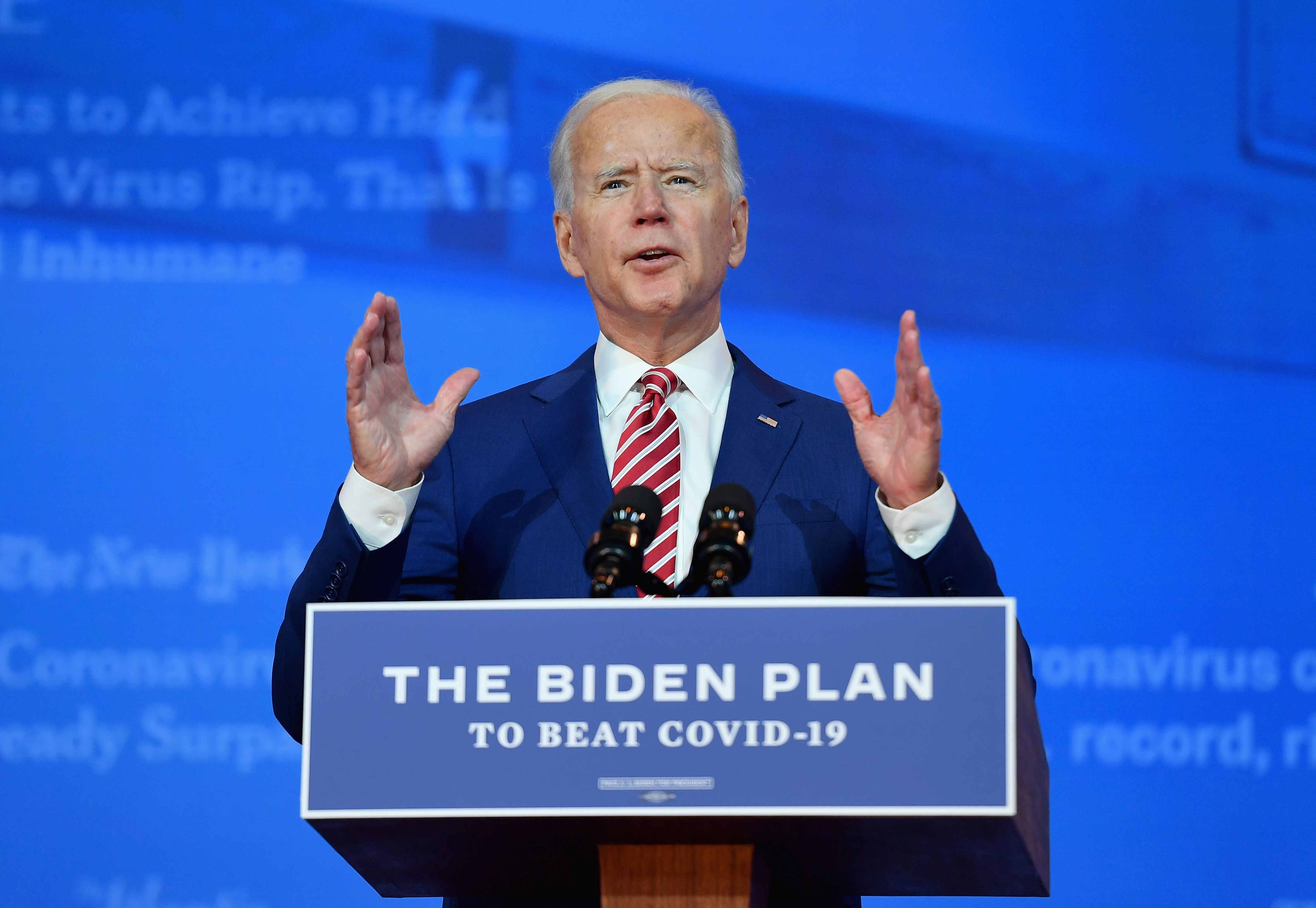 "He’s a liar, he lies about everything.

He added: "This guy is either really stupid or he lies."

Trump slammed Biden's proposal to establish a public healthcare option, which would be offered alongside private insurance.

The president previously slammed the idea as "socialist."

The former VP, however, maintained he merely wants everyone to have options.

"It’s ridiculous," Biden said at Thursday's debate. "The fact that there’s a public option, that makes it a socialist option?"

"It would obliterate your medicare and social security," Trump claimed of Biden's proposal to supporters in The Village on Friday.

He later slammed Biden, saying: "He’s been such a failure at every level of government. 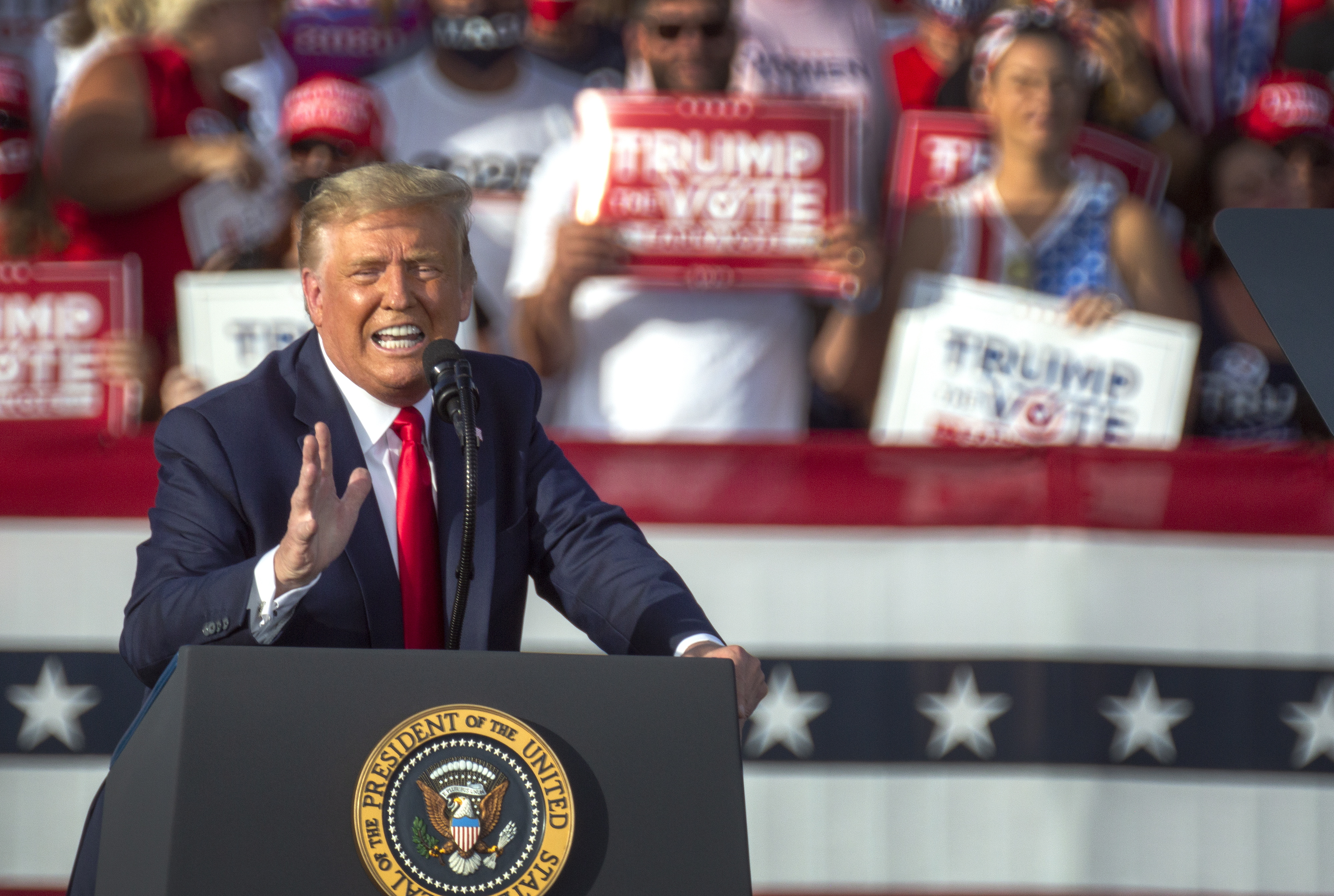 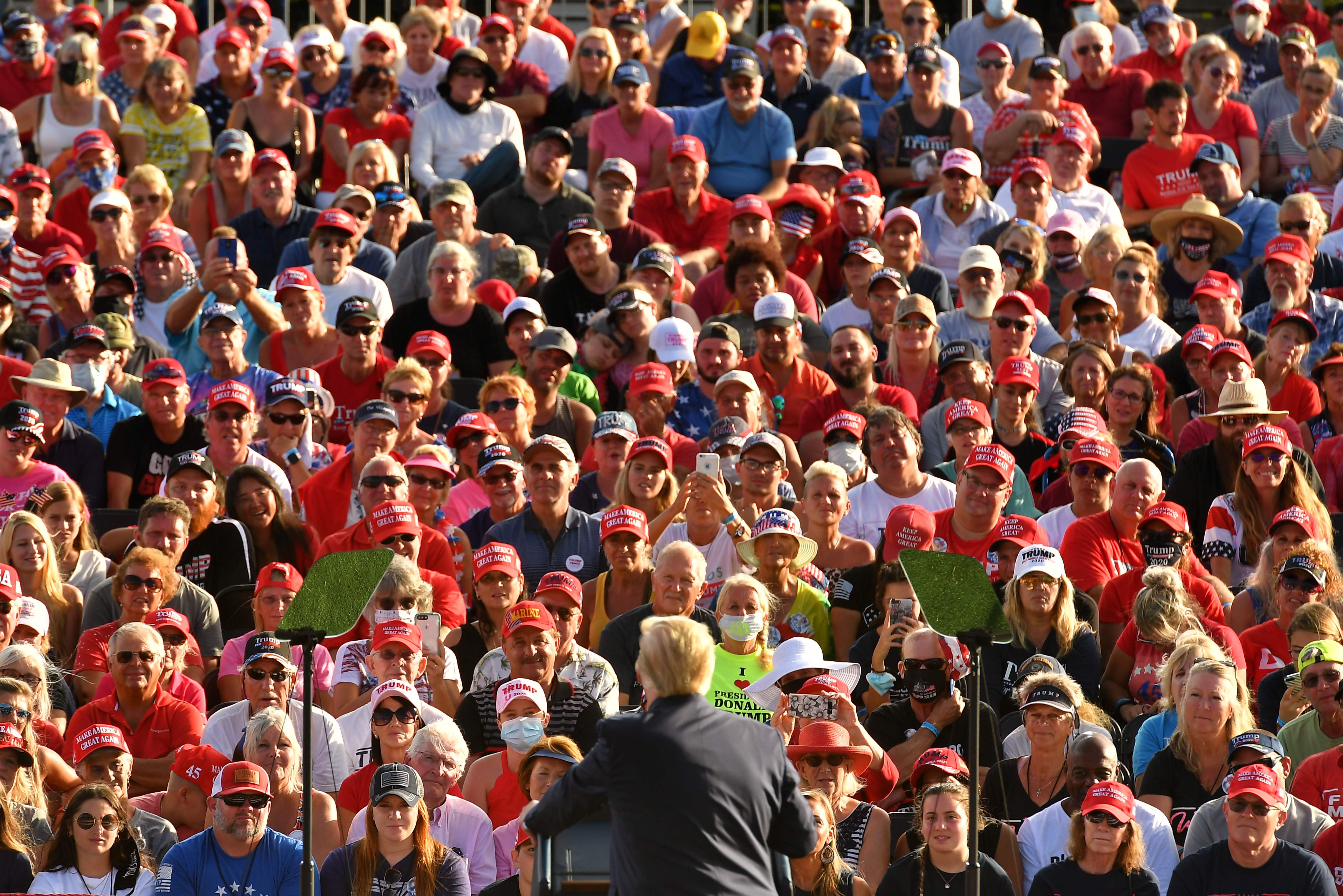 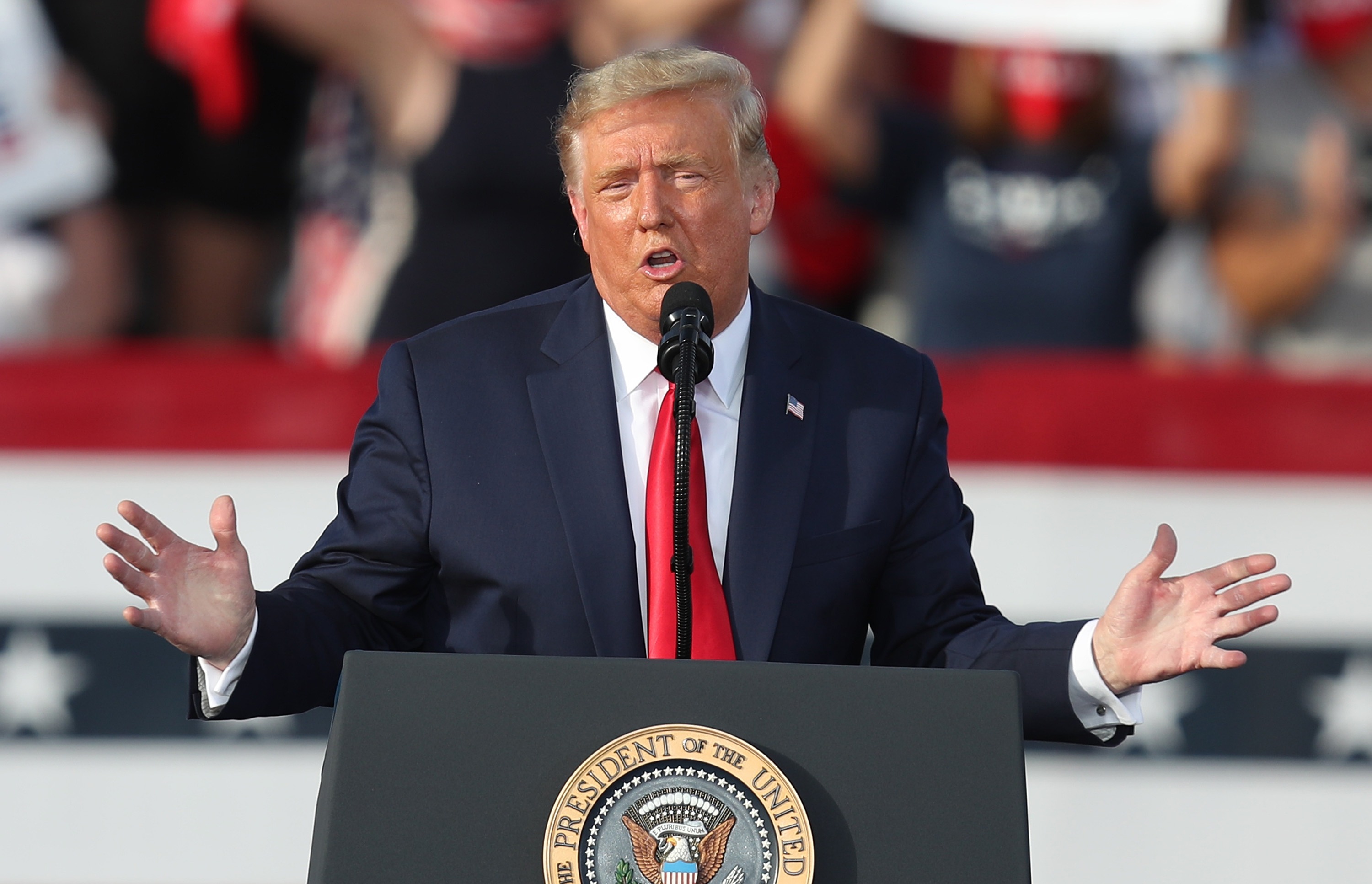 "Kamala will not be your first female president," Trump vowed.

Despite Trump's claims that Biden and his Democratic platform have socialist elements, the former VP has maintained his philosophy that he's a "president for America."

Trump also blasted Biden's comments on his oil policy at last night's debate, saying it "could be one of the worst mistakes made in presidential debate history."

Biden had promised not to ban fracking – and said he favored transferring to other forms of clean forms of energy and finding ways to omit carbon emissions.

Trump also hit at Biden over coronavirus, just hours after Biden released a plan to beat Covid-19 – and a mock website on Trump's coronavirus plan. 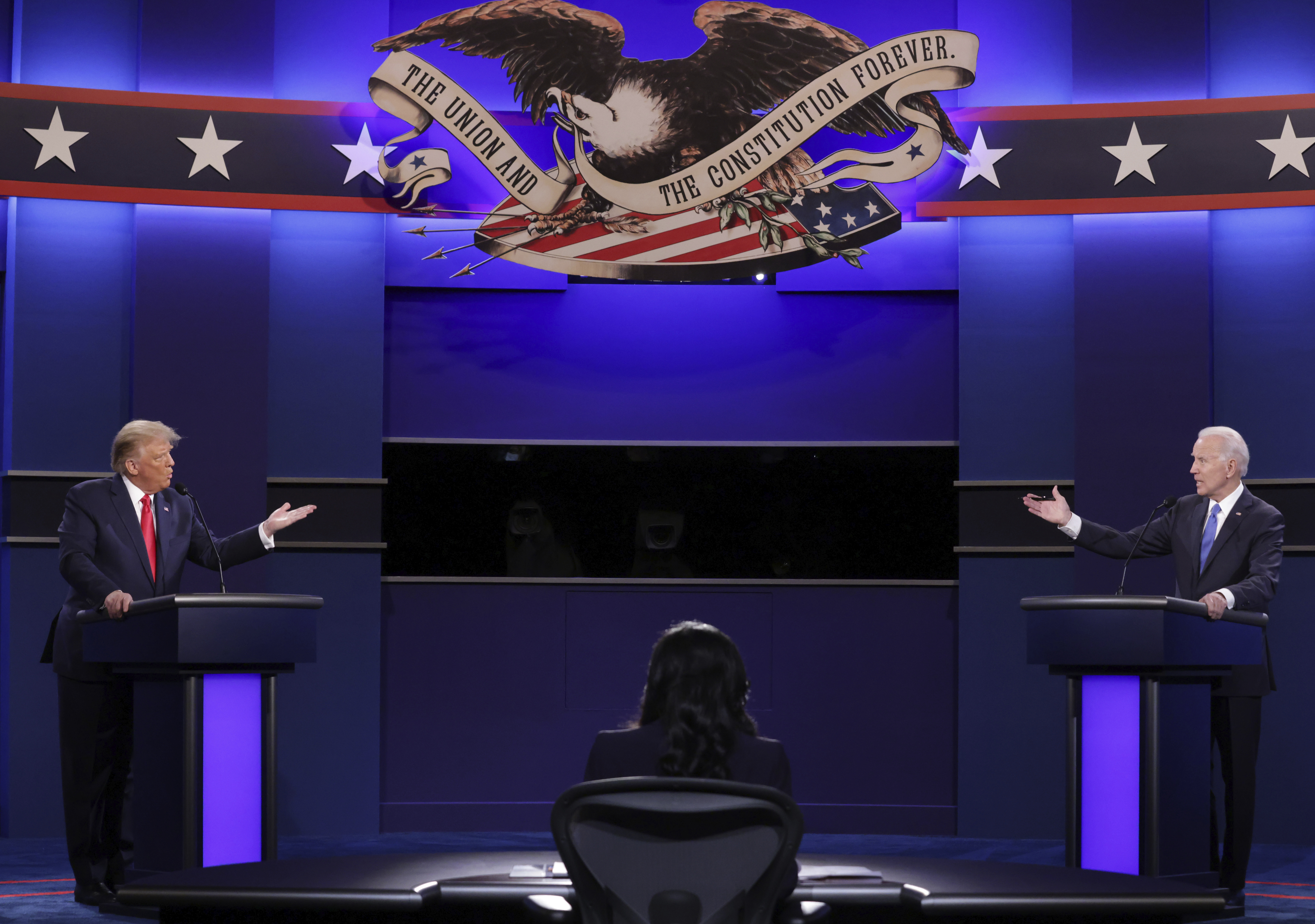 The mock website Biden's campaign created – called "trumpcovidplan.com" – leads to a page that reads "Not Found."

"The Trump plan to defeat the Coronavirus and reopen safely does not exist," the page says.

'This election is a choice between a Trump super recovery and Biden super depression," Trump claimed to supporters in Pensacola.

"It's a choice between a boom and a lockdown."

He continued to rant on his claim that Biden wants to shut down the country again.

"Joe Biden will delay the vaccine, prolong the pandemic, close your schools and shut down our country," he claimed.

"We're going to get back to normal windows where we were seven months ago," Trump said. 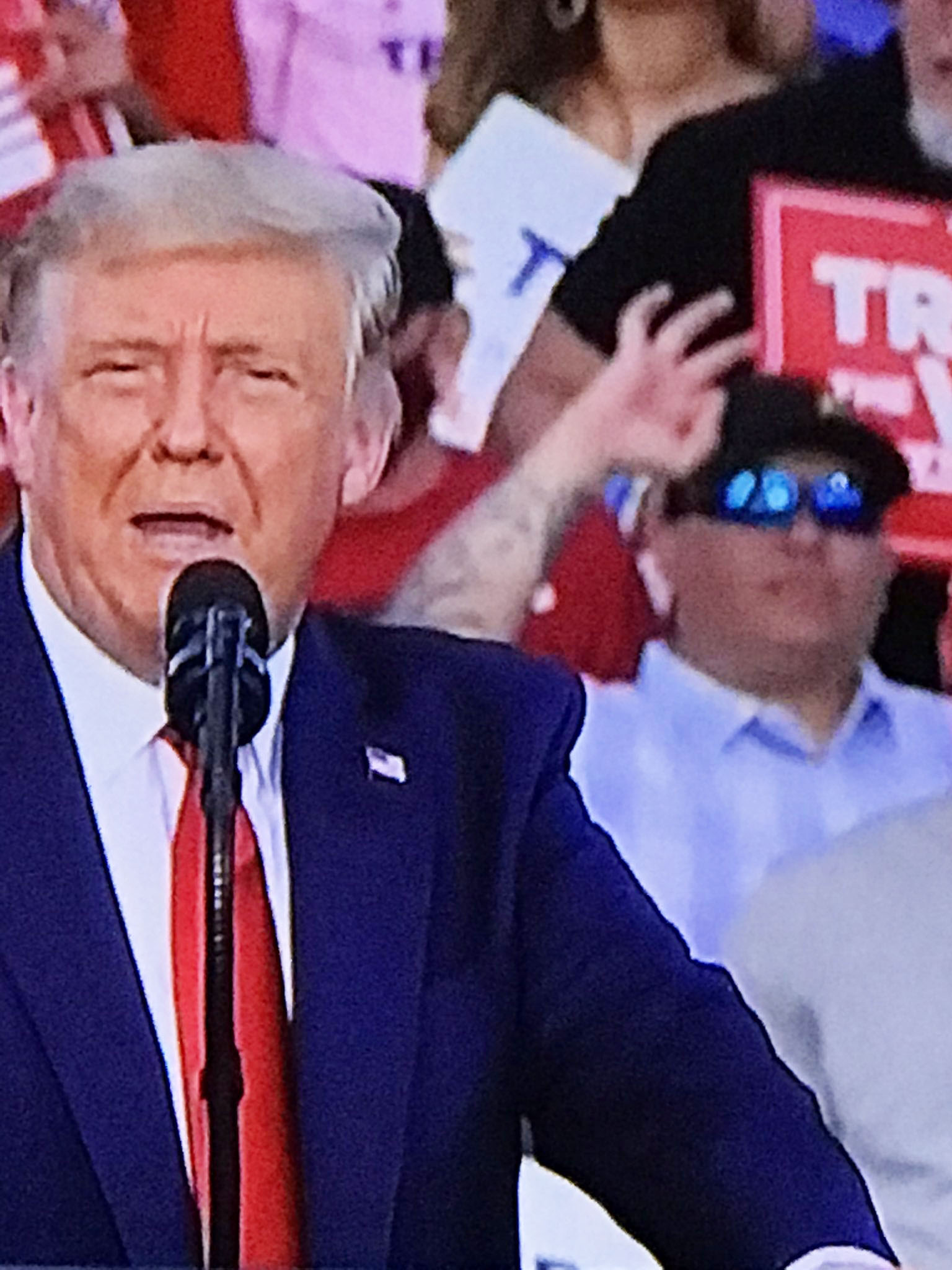 Supporters were seen packed together at Trump's rallies, with little social distancing.

Many people in the crowds were seen not wearing masks.

As Trump spoke to his supporters in The Village, one rally-goer appeared to flash a "white power" hand gesture.

The man was accused of holding up the "OK" sign that's become a symbol of white nationalism at least five times as Trump spoke.

Trump's appearance was the first since the final US presidential debate.

With just 10 days until the election, both candidates have hit the ground running in key battleground states.