One of Therese Coffey’s first interviews as the new Health Secretary was interrupted by her mobile phone alarm going off live on air this morning – playing a Dr Dre song.

Ms Coffey and LBC presenter Nick Ferrari were both left laughing when the 8am alarm sounded with the 1999 hit ‘Still D.R.E.’ which also featured Snoop Dogg.

Mr Ferrari had begun by asking her a ‘question about your residences’ but stopped when he realised Ms Coffey’s phone was going off and asked: ‘Are you OK?’

The Health Secretary said listeners were ‘getting a bit of Dr Dre’, quickly apologised and said ‘sorry, I’ll just turn that off’ – but she and Mr Ferrari both saw the funny side.

And the breakfast presenter added: ‘It is Dr Dre, is it? That’s fantastic. Well, Dr Coffey with Dr Dre as the Health Secretary, it just gets better and better.’ 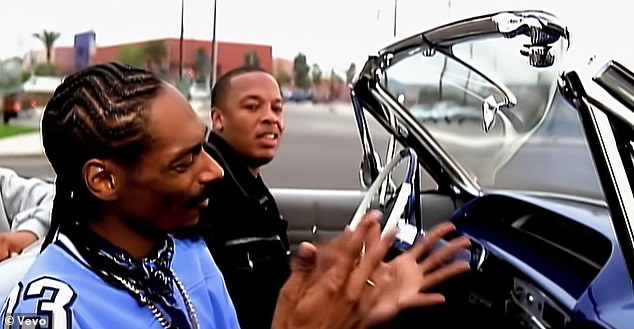 The music video for the 1999 hit song ‘Still D.R.E.’ which featured Dr Dre and Snoop Dogg 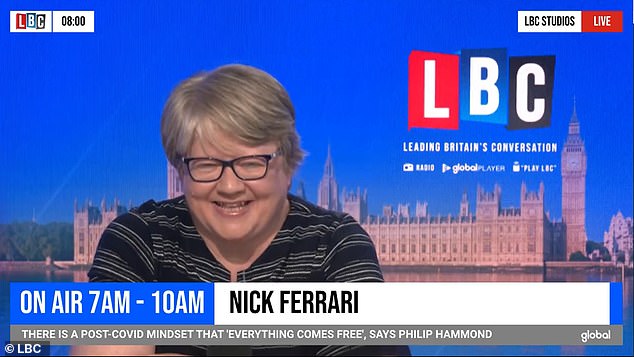 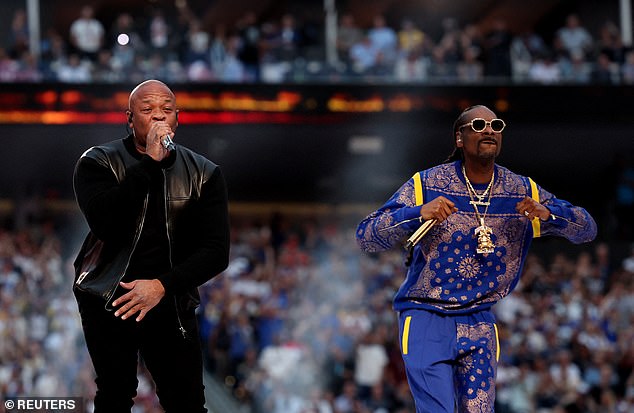 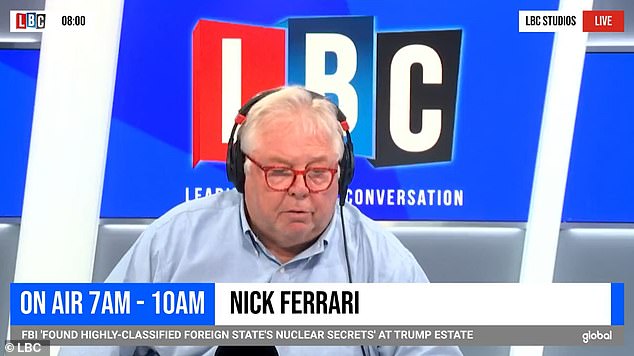 Despite being more than 20 years old, Still D.R.E. is still a popular rap song and recently featured at the end of the Super Bowl LVI halftime show in February.

The music video for the track, which hit number 6 in the UK charts and appeared on Dr Dre’s second studio album ‘2001’, has racked up more than one billion views.

During the interview on LBC today – when not talking about Dr Dre – Ms Coffey conceded that the NHS needs quick improvement and said she hopes doctors will ‘continue to put their patients first’, when asked about potential strikes.

Asked how she would avert a junior doctor strike, Ms Coffey said: ‘I hope of course that people will continue to put their patients first.’

She added: ‘I think people will be receiving a significant package that’s already been agreed, and that’s through the independent pay review body. We’ve accepted that recommendation. More broadly, the Government has been investing in cost-of-living payments.’

Ms Coffey takes over as Health Secretary from Steve Barclay who moves to the backbenches after a brief time in the role following Sajid Javid’s resignation in June this year. Mr Javid in turn replaced Matt Hancock after he resigned for breaching pandemic rules.

As well as being appointed as Health and Social Care Secretary, Ms Coffey is stepping up to become Ms Truss’s second-in-command as Deputy Prime Minister.

The 50-year-old former work and pensions secretary was widely expected to be rewarded with a key job in the Cabinet, having thrown her weight behind Ms Truss’s Tory leadership bid early on. 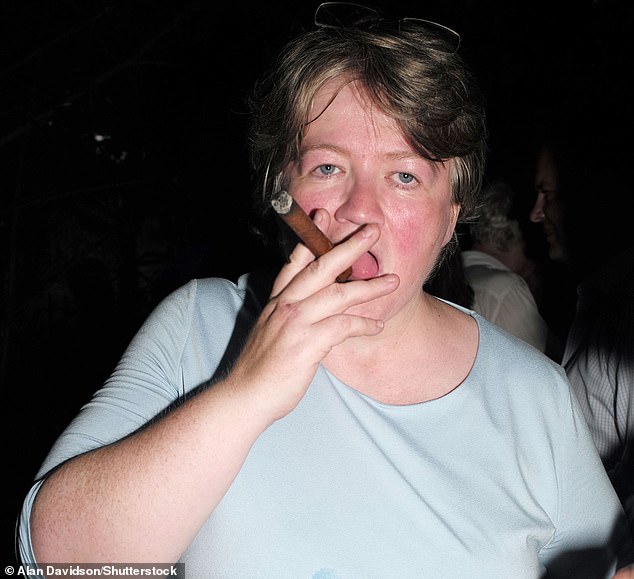 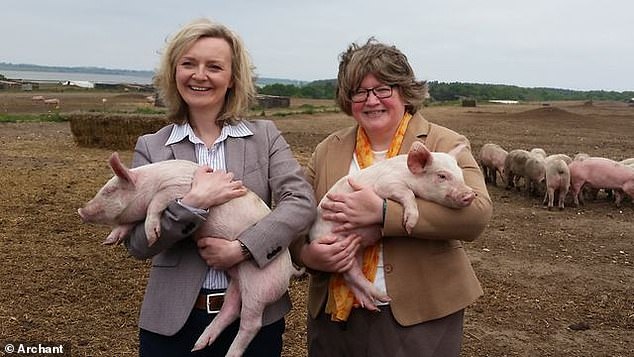 She and Liz Truss have been friends since their student politics days and are known by some colleagues as ‘Yin and Yang’. Above: The pair are seen during a visit to a Suffolk farm in 2016 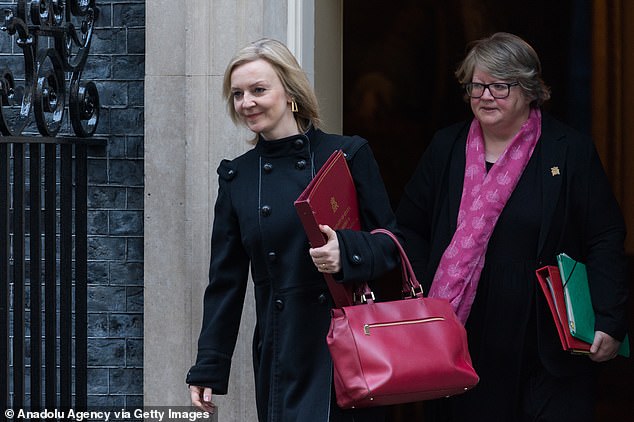 The pair’s alliance is thought to stretch back to their post-university politics days, and was cemented when they were both elected as MPs of near-neighbouring eastern England constituencies in 2010.

Therese Coffey has inherited an NHS and social care system ‘in crisis’, health leaders have said.

Experts from across the sector have welcomed Ms Coffey to her new role as Health Secretary but warned that she has taken on the job during a challenging period for the health service.

As well as being appointed as Secretary of State for Health and Social Care for England, Ms Coffey is stepping up to become Liz Truss’s second-in-command as Deputy Prime Minister.

Experts have said that they hope the dual role shows that the Government is taking the challenges facing the health service ‘seriously’. They also welcomed the indication from the new Prime Minister that she would ‘put our health service on a firm footing’.

Health leaders said the pressing items in Ms Coffey’s in-tray will include:

Aside from geographic vicinity, with Ms Coffey’s Suffolk Coastal patch almost bordering Ms Truss’s South West Norfolk seat, they have a state education in common, as well as studies at Oxford, though several years apart.

Another thing the duo share is their love of karaoke, with Ms Coffey known to host boozy Westminster singalongs for MPs and staff.

She came under fire when a video of her and welfare minister Will Quince singing (I’ve Had) The Time Of My Life at the Conservative Party conference surfaced in 2021.

Labour called the timing of the performance, as the £20-a-week universal credit uplift was being slashed, ‘an insult and a disgrace’.

She also drew criticism for defending Boris Johnson on media rounds, including denying his knowledge of harassment allegations against Chris Pincher before he was appointed deputy chief whip.

Apart from broadcast appearances and leading the vocals at karaoke sessions, Ms Coffey is said to be a private person.

As well as being a music and football enthusiast – she is a Liverpool fan – Ms Coffey reportedly enjoys a cigar.

Born in 1971 in Lancashire, Ms Coffey went to school in Liverpool before heading to Oxford and then to University College London to do a PhD in chemistry.

Before entering politics, she worked in finance for confectionery giant Mars and on the corporate side of the BBC.

She made two failed attempts to enter the European Parliament before securing the safe Tory Suffolk Coastal seat in 2010.

She landed her first government role in 2012, holding various posts including junior minister in the Department for Environment, Food and Rural Affairs.

Becoming Deputy Prime Minister is quite a promotion for Ms Coffey, who only joined the Cabinet when she was appointed work and pensions secretary by Mr Johnson in September 2019.

At the time, she celebrated the moment by tweeting a photo of herself and Ms Truss, saying: ‘I was delighted to attend my first Cabinet meeting at No 10 with my mate @trussliz showing me the ropes’. 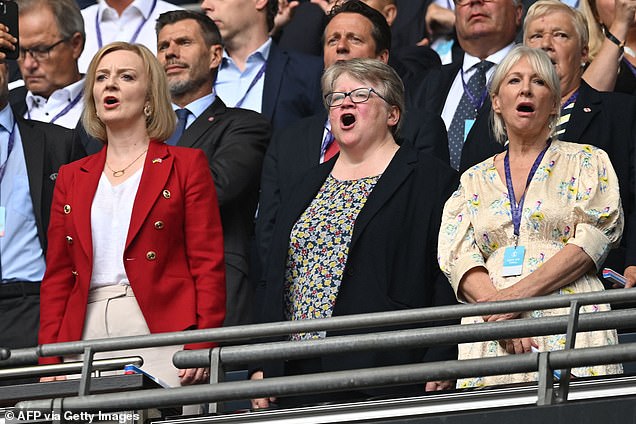 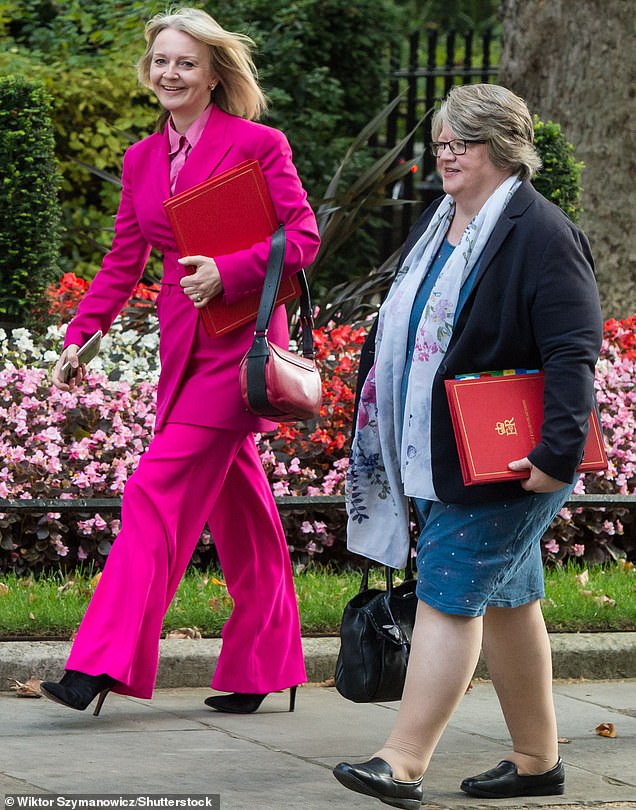 The new Prime Minister clearly has confidence that her long-time ally, with her reputation for a strong work ethic and attention to detail, can handle the brief and help her steer the Downing Street ship through choppy waters.

Replacing Dominic Raab as Deputy PM, Ms Coffey’s primary duties are to stand in at Prime Minister’s Questions and chair the Cabinet if Ms Truss is absent.

As Health Secretary, she will face the challenge of sorting a plan for the NHS without the guarantee of extra funds from the soon-to-be-canned national insurance hike.

Condo collapse: Slab at center of investigation into Florida building was showing weakness in 1996: report