“Making a Murderer” subject Steven Avery may have been convicted after prosecutors suppressed a claim that suggested the star witness may have been involved in the slaying and that evidence was planted, the defense team claimed this week in a new court filing.

A newspaper delivery driver told Avery’s attorney Kathleen Zellner that he witnessed Avery’s nephew, Bobby Dassey and another man “suspiciously pushing a dark blue RAV4 down Avery Road towards the junkyard,” according to a new court filing.

Zellner argued that the new evidence suggests her client was framed and did not have a fair trial. She is alleging that prosecutors withheld the witness’ claims, which would have been beneficial to Avery’s defense.

“The information provided by the new witness corroborates the statements of two other witnesses and shows the car was in possession of Bobby Dassey and it was moved onto the Avery property on November 5, 2005 to frame Steven Avery,” Zellner told Fox News Tuesday afternoon. “We consider this evidence to be vital to Mr. Avery’s quest for freedom.”

Avery and a different nephew, Brendan Dassey, are both serving life prison sentences for Halbach’s 2005 murder. 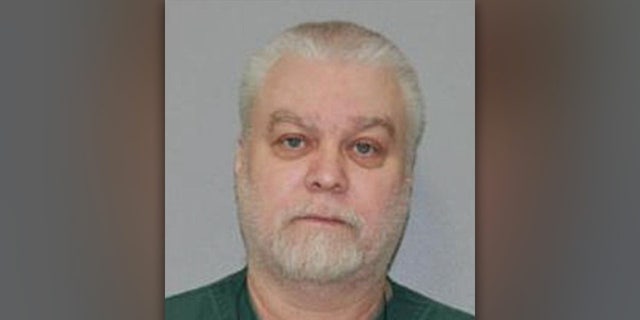 “The State suppressed the evidence of Mr. Sowinski’s report to the Manitowoc Sheriff’s Office that he had witnessed Bobby and another individual in possession of and moving Ms. Halbach’s vehicle onto the Avery Salvage Yard after Ms. Halbach’s disappearance and prior to her vehicle’s discovery,” the motion reads.

Bobby Dassey was the prosecution’s primary witness against his uncle during the initial trial and said he saw Halbach’s car on the family property at 2:30 p.m. on Oct. 31, 2005. He said he saw the victim walk up to her uncle’s trailer before he left to go hunting. When he returned home later, he said the SUV was gone. 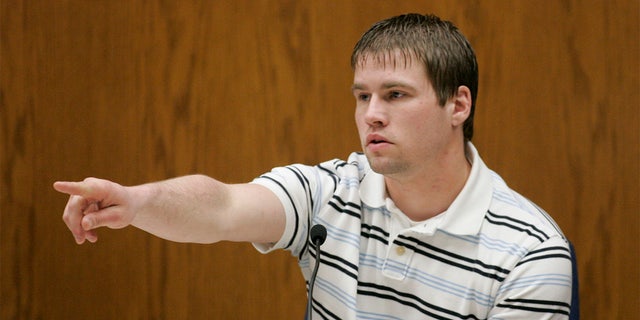 Bobby Dassey, Steven Avery’s nephew and the brother of Brendan Dassey, a 17-year old also charged in Tereasa Halbach’s death points out Steven Avery in the courtroom to begin his testimony at the Calumet County Courthouse during third day of Steve Avery’s trial in his murder case Wednesday, Feb. 14, 2007, in Chilton, Wis. Avery is accused, along with his 17-year-old nephew, of killing Teresa Halbach, 25, after she went to the family’s rural salvage lot to photograph a minivan they had for sale. (AP Photo/Sheboygan Press, Bruce Halmo, Pool)
(AP)

But the new witness, Thomas Sowinski, claimed that he saw Dassey pushing the RAV4 on Nov. 5, 2005, five days after the latter claimed to have last seen it in his testimony.

Sowinski described the man seen helping Dassey as a long-bearded man about 6 feet tall with a big frame. In a signed statement, he said the man had gray hair and appeared to be in his 50s or 60s.

The two were allegedly pushing the SUV toward Avery’s junkyard, according to Sowinski.

On his way back from dropping off the paper, he said he passed them again and alleged he had to drive around Dassey because he tried to stop him on the road.

He said he called you, “Paperboy, gotta go!” and drove off, fearing for his safety.

“I knew that Bobby Dassey and the older individual were doing something creepy,” he alleged in a signed statement to the judge.

The delivery driver’s statement would have undone Dassey’s credibility as a witness, implicated him in Halbach’s killing, and been evidence he attempted to frame Avery for it, the motion alleges.

Sowinski said he reported the encounter to the Manitowoc County Sheriff’s Office at the time and was told, “We already know who did it.” The sheriff’s office did not immediately respond to a request for comment.

Halbach’s car was later found in Avery’s salvage yard and used as evidence against the man and his other nephew, who was just 16 at the time.

Zellner’s motion argued that prosecutors had violated Avery’s constitutional right to a fair trial by withholding the Sowinski evidence.

AOC says Facebook is 'partially responsible' for the Capitol riot