It was the rain that dark winter that chilled your soul. Not that you were caught in the storm – it was worse than that.

It was the rain on the verandah roof that transported you more than 20 kilometres away to Frankston, where homicide detectives were in a race against time to find the man who turned killer whenever the weather turned nasty.

The offender, Paul Charles Denyer, 21, selected those days, believing the rain would wash away clues and keep potential witnesses indoors.

He had already struck twice in the weeks before the storm hit the verandah that Friday. No one knew he had already set a trap for his third victim. He had cut two holes in a cyclone fence along a track between golf courses off Skye Road.

Then he sat in his car and waited. It was year 12 student Natalie Russell who walked down the track and was just 250 metres from home when she was grabbed.

Her body was discovered in one of Denyer’s lairs. It seemed the killer had escaped again to hunt more victims.

Then early that Sunday the phone rang. The person on the other end didn’t introduce himself. He didn’t need to. All he said was: “We’ve got him.”

In seven weeks he terrorised Frankston. Then premier Jeff Kennett recalls: “You could have thrown a match and the place would’ve exploded. There was outrage, but more importantly there was this genuine, genuine fear.” 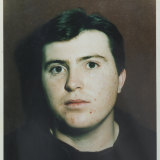 For the last year or so award-winning documentary maker Terry Carlyon and I have retraced the events of 30 years ago, talking to the police who found him, the pathologists who discovered key evidence and the judge who sentenced him, for the program No Mercy, No Remorse, streaming on Stan.

It was seven weeks in Frankston that won’t leave anyone connected with the case. As Natalie Russell’s best friend Karen said: “There isn’t a woman in Frankston who doesn’t check her back seat before getting into a car.”

We haven’t attempted to reconstruct the crimes or speculate on Denyer’s motives. We look at the investigation from the moment detectives saw the first victim until the killer’s sentencing.

Some police involved I consider close friends, and yet I was unaware how affected they remain by Denyer and his crimes.

Perhaps because they had to remain clinical they weren’t able to release their emotions, or maybe as trial judge Justice Frank Vincent says: “I don’t believe that those who work in that area for any length of time emerge undamaged.”

Now think of the homicide squad detectives trained to be methodical, to take their time, to collate everything with an eye to presenting a watertight case to a jury. 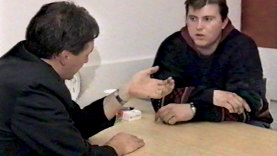 Then there was the winter of 1993, when every hour, every day without an arrest took them closer to the next murder. They were dealing with families in grief and a community in fear. Everyone from the premier to the public looked to them to find a name.

There were no mobile phones to check, no CCTV footage to scan. They reviewed hundreds of suspects and thousands of tip-offs.

And then it would rain.

It began when Peter Halloran, then head of the Homicide Squad, viewed the body of the first victim, Elizabeth Stevens. The fatal wounds made him fear the worst. He told his superiors he suspected the killer would strike again, and soon.

Some thought he’d watched too many movies. But Halloran was right.

Rod Wilson was then the senior sergeant in charge of Homicide Squad Crew Seven. There may have been murder detectives as good as Wilson, but none better, and he knew the stakes couldn’t be higher.

The discovery of Natalie Russell’s body was the lowest point of the investigation. “I couldn’t sleep a wink. The reality was he had gone again and we had missed our opportunity. It was gut-wrenching.”

Then the breakthrough, from an unlikely source.

At about 2.50 pm on July 30, Russell had left school on the last day of term; about the same time postie Vikki Collins saw a battered yellow Toyota sedan parked in Skye Road with a missing rear number plate.

When she passed she glanced in her rear mirror and saw a driver with a chubby face slinking down in the driver’s seat, trying to hide.

Collins noticed a student walking towards her. It was Russell, who was about to turn down a track between two golf courses into the trap Denyer had already set.

Those were the days before mobile phones and if Collins had waited until she had finished her round to ring police, it would have been too late.

Instead she drove into a private driveway, knocked on the door and asked a woman if she could use the phone to call police.

Within 15 minutes, two marked units arrived. When Denyer saw police while returning to his car after killing Russell, he put his bloodied hands under his jumper and walked home.

This was the first time Denyer was placed at a crime scene. “It was the golden nugget of information,” Wilson recalls.

The day after Russell’s murder Denyer was again on the hunt, parking next to a woman napping in her car in a shopping centre. He was only foiled when her friends returned.

When Wilson knocked on the suspect’s door and was invited in, he had a “gut feel” Denyer was the killer. He was happy to go to the station to answer questions, without asking why he was a person of interest.

“He was so enthusiastic to play the game, to be important,” Wilson recalls.

Scooped into the investigation was local detective Darren O’Loughlin, part of the most famous police family in Melbourne, with 18 members who have served as sworn or unsworn members.

When O’Loughlin, a practising Christian, silently prayed for the truth to be found, Denyer looked at him and said: “That man is trying to get into my head.”

He said the expression on Denyer’s face darkly distorted. “I saw the evil those girls must have seen.” 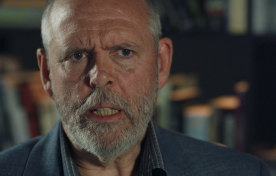 Wilson led the interview and Denyer answered questions easily – too easily. He knew where he was at the exact time of every shooting, leading Wilson to believe Denyer rehearsed his alibis.

After 1500 questions, Wilson asked about fresh and healing cuts on Denyer’s hands. Denyer rolled out his prepared version of events. For the first time Wilson called him out as a liar.

At the autopsy they found a piece of skin that would match the fresh wound on Denyer’s hand.

During a break Denyer asked O’Loughlin about his faith and then, according to the Frankston detective: “He said, ‘I did it,’ and I said, ‘Did what?’ And he said, ‘I committed the murders, I committed all three of them’.”

Back in the interview room Denyer confessed, not reluctantly but enthusiastically, before returning to the scene of the crime to assist in a reconstruction and show where he hid evidence. 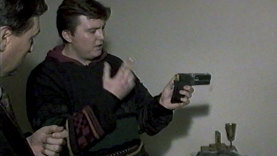 I asked Rod how he listened to the worst humanity has to offer without betraying the slightest emotion. (During the interview he occasionally stopped to flick imaginary lint from his suit jacket – giving him a pause to gather for the next question. It was like a boxer who moves away from an opponent before re-engaging.)

“If we were to blow that investigation because we felt frustrated or did something that would jeopardise that in any way, then you couldn’t live with yourself. The end game is the only thing that matters. Getting this guy to court. Getting him convicted and getting him off the streets is the only goal we have.”

Denyer pleaded guilty, and Justice Vincent sentenced him to life with no minimum.

As a defence lawyer and later Supreme Court judge, Vincent has seen more killers than just about anyone in Victoria. In sentencing Denyer, he thought of the victims: “There were the young women who were killed, and their families and those around their families and those involved in the hunt for the killer, but there were many thousands of women and others who had to live with this fear.”

The Court of Appeal overturned the sentence and gave Denyer a minimum of 30 years, which means he is eligible for parole next year.

David Limbrick is a Liberal Democrat state MP with a strong civil libertarian philosophy. He was also Natalie Russell’s boyfriend.

The crime and the aftermath made him drop out of university and lose his way. More than a year later he decided not to let Denyer ruin another life and returned to study, married and had three children.

But Natalie’s death has never left him, which is why he sponsored a petition asking the government to pass legislation to keep Denyer in jail – reflecting Vincent’s original sentence.

As Bernie Rankin, then a Frankston detective senior sergeant and later head of the Homicide Squad, says: “[Denyer] will never not be a risk to the community. Never.”

Revealed: No Mercy, No Remorse is now streaming on Stan.