BORIS Johnson hailed Britain's policing heroes as he was joined by Prince Charles and Katherine Jenkins at the unveiling of a monument to officers killed in the line of duty.

The PM said the new memorial at the national arboretum in Staffordshire would give people a place to show their "support" and "love" for officers who risk their lives daily to keep the public safe. 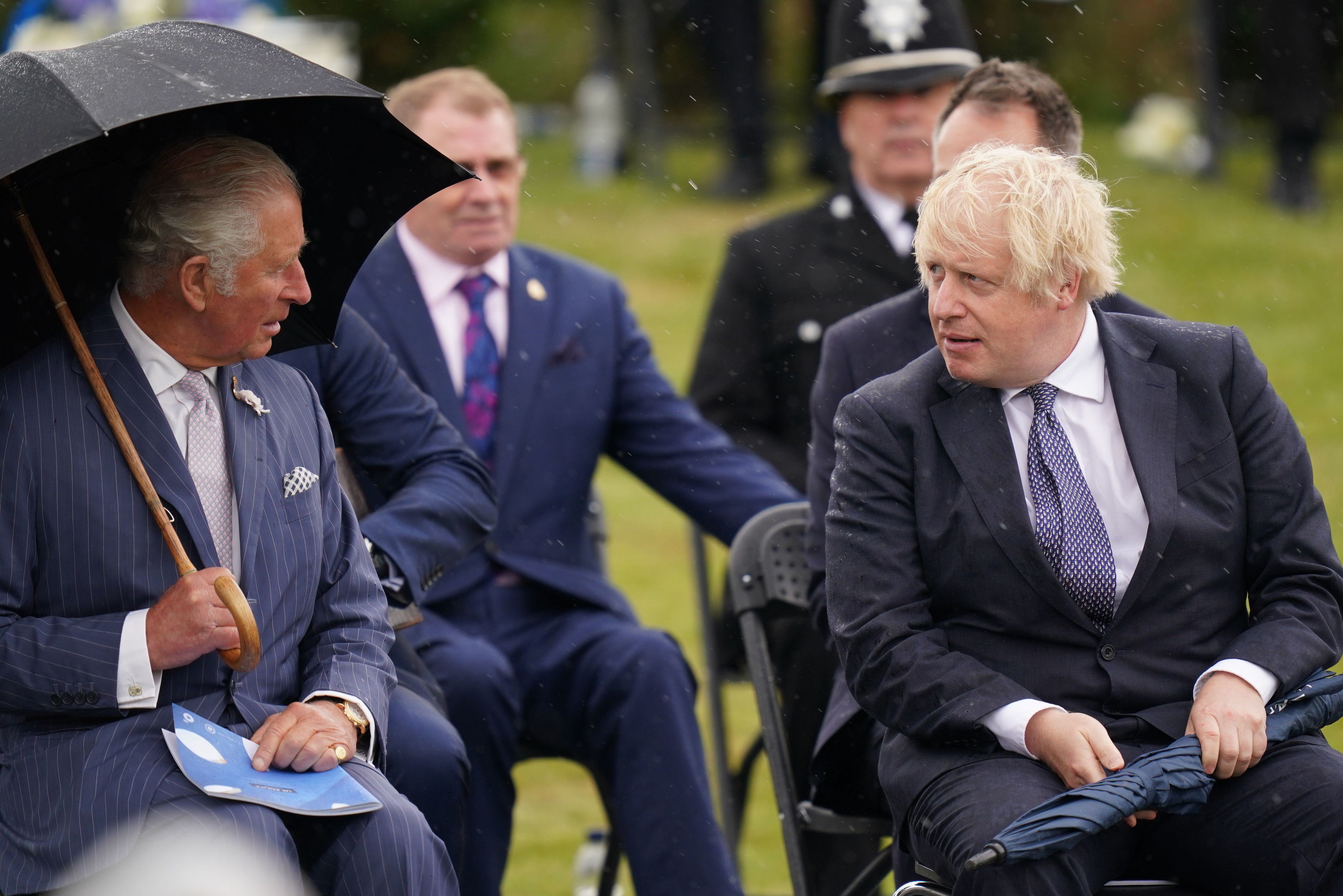 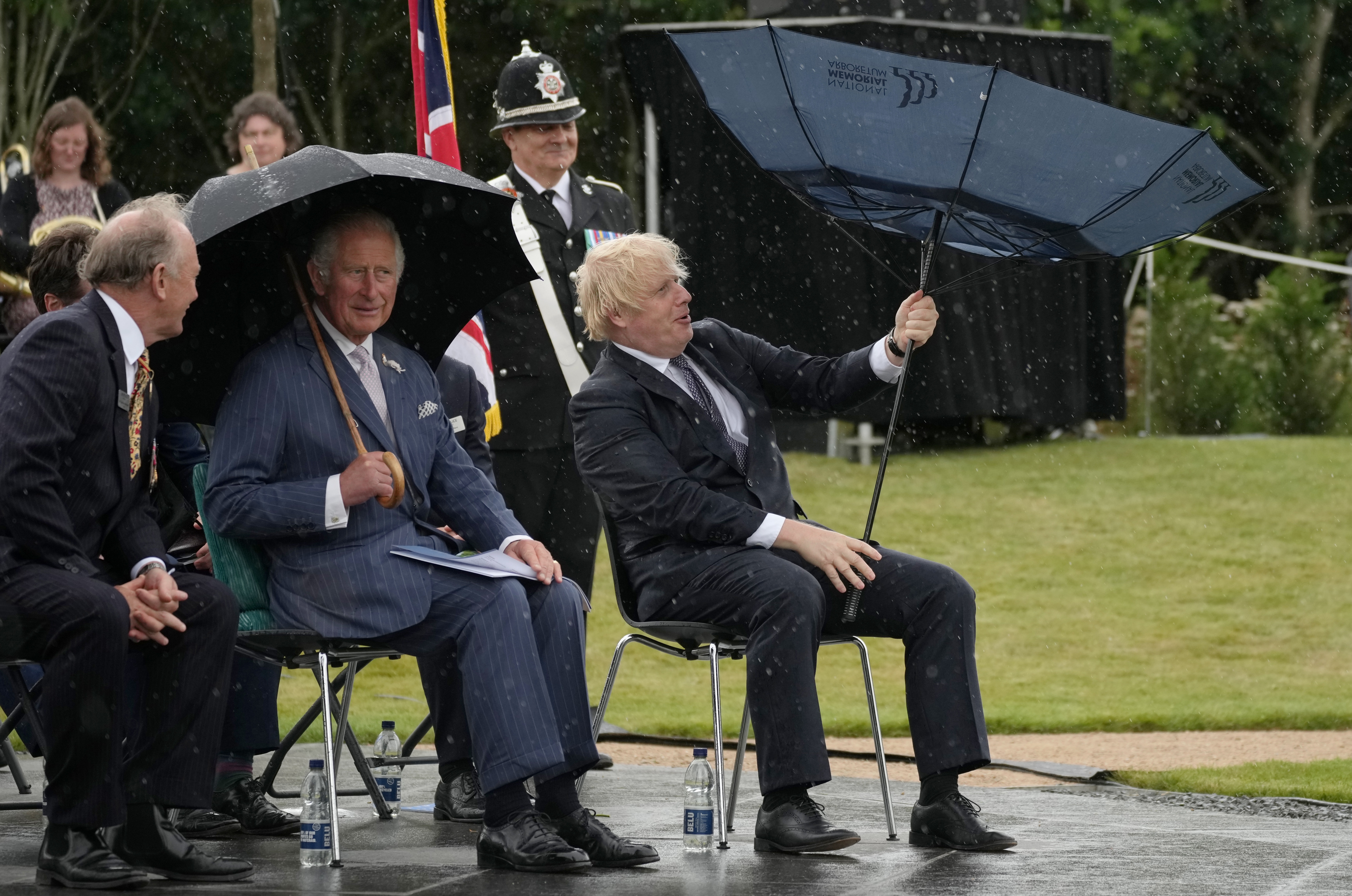 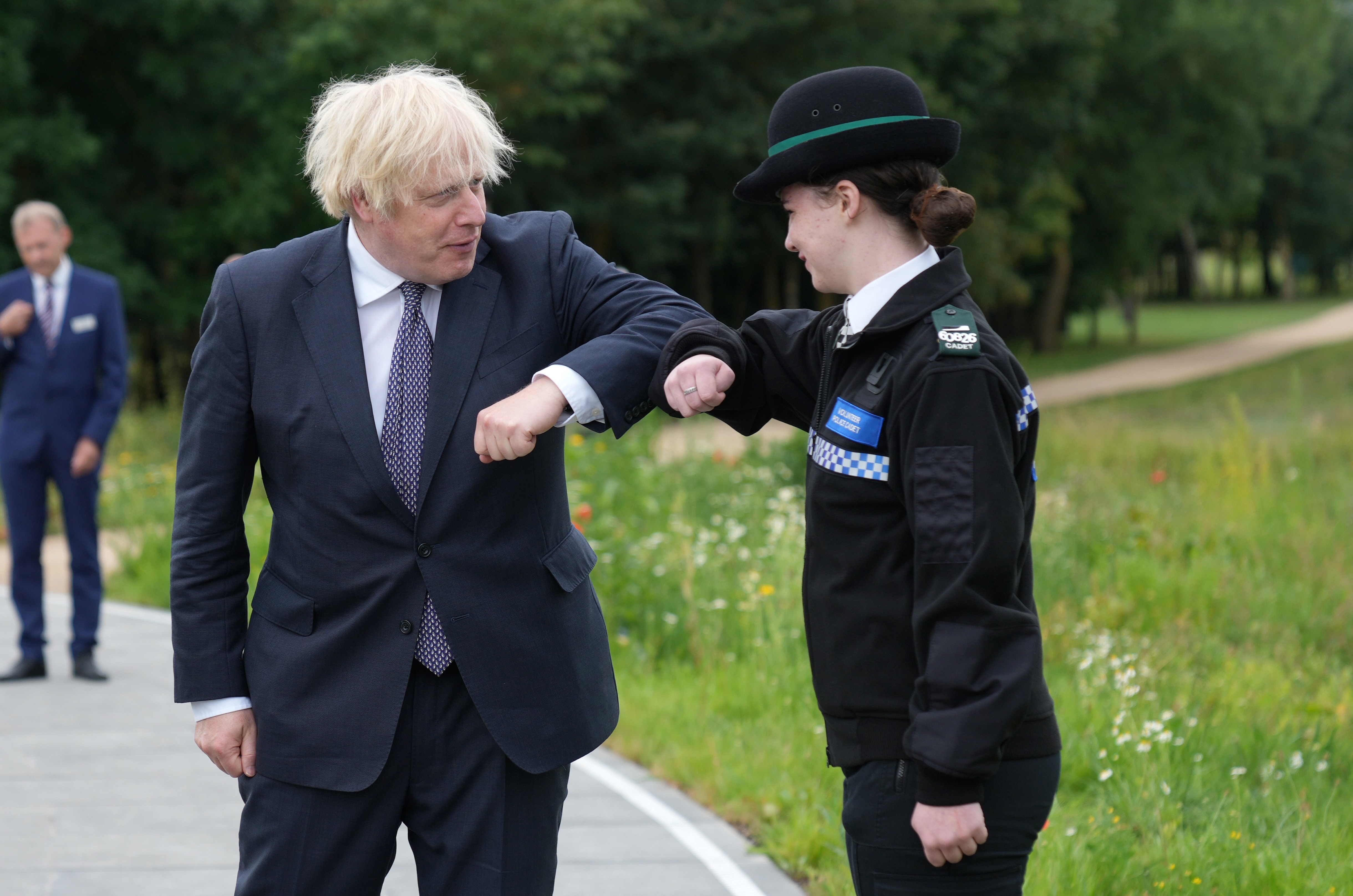 He was snapped alongside the Prince of Wales as the pair sheltered under umbrellas from the rain at the grand opening of the £4 million monument.

The PM appeared to struggle with his brolly as the onlooking royal giggled in a brief moment of levity before the service began.

Speaking ahead of today's unveiling, Boris said: "It takes a very special kind of person to be a police officer.

"When you pull on that uniform, each day, you have little idea of what's going to be asked of you, what dangers, you might face.

"All you know for sure is that anything could happen, and that there's a chance, however small that you won't be going home to your loved ones at the end of your shift.

"Yet every day, you'd go out and serve the public all the same.

"Whether you're a bobby on the beat, chasing down criminals or a dedicated detective leading complex investigations, you protect the vulnerable, confront the country's most dangerous individuals, and offer comfort to those in the darkest moments of their lives.

"And that's why the names of officers, lost in the line of duty are so seared into our national collective consciousness.

"Because we know that if it were not for your dedication, your selflessness, your daily willingness to run towards danger, we would simply not be able to live our lives and safety and security and freedom."

In a video message to service officers he added: "We're only able to walk the streets of this country without fear because police officers like you are prepared to stand between us, and those who would do us harm.

"It's something we must never take for granted and never forget, and it's why the Government didn't hesitate to support the creation of this national memorial.

"A place where colleagues, families and friends can come quietly to remember loved ones that they have lost, and where all the people of the United Kingdom can commemorate the officers and staff who have paid the ultimate price in our service.

"No words can adequately do justice to the debt we as a nation owe your fallen colleagues.

"But I trust that this magnificent memorial in pride of place at the National Arboretum demonstrates the scale of our gratitude for their service, and that it will stand for centuries as a fitting tribute to the courage and sacrifice of the men and women who together form the finest police force in the world."

They included Sergeant Matiu Ratana who was shot by a man who was being detained at Croydon custody centre.

In August 2019 PC Andrew Harper was killed after being dragged behind the vehicle of three fleeing suspects.

Today's event began with the National Police Air Service staging a fly-past of a helicopter over the memorial in tribute to the courage and sacrifice of the men and women of the police service.

Boris was joined at the ceremony by Home Secretary Priti Patel just a day after the pair announced a series of crime reforms.