‘We cannot proceed as if nothing is wrong about the Olympics going to China,’ the California Democrat said during a joint video hearing of the Tom Lantos Human Rights Commission and the Congressional-Executive Commission on China.

Rather than advocating for a full boycott of next year’s Winter Games, in which countries would keep their athletes away entirely, Pelosi instead said world leaders should not attend the competition because ‘of a genocide that is ongoing while you’re sitting there in your seats.’

She also said corporate sponsors should stay away too.

‘How sad it is,’ she said. ‘To see the Olympic corporate sponsors look the other way on China’s absuses out of concern for their bottom line, with some even lobbying against the bipartisan Uyghur forced labor bill.’ 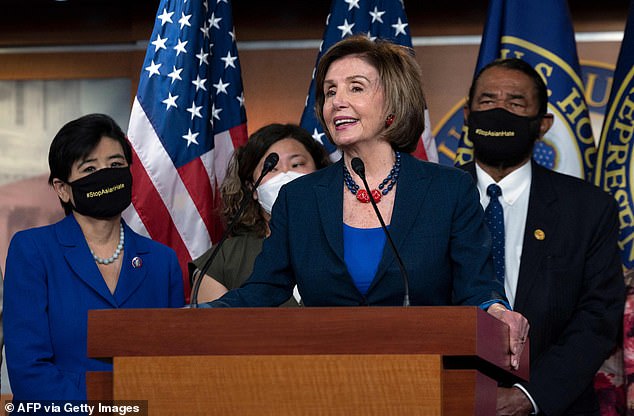 House Speaker Nancy Pelosi said Tuesday that the U.S. should embrace a diplomatic boycott of the 2022 Olympics over China’s human rights abuses 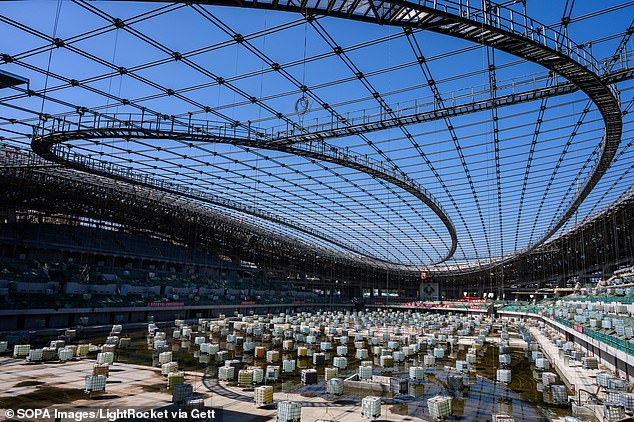 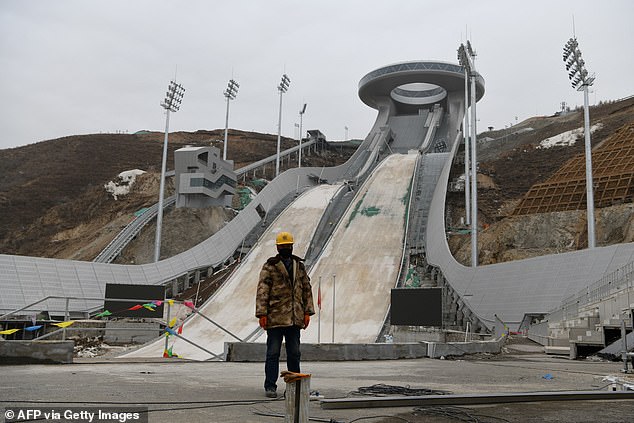 The Beijing Games are slated to begin Feb. 4, 2022, just six months after the postponed Summer Olympics in Tokyo are scheduled to end.

‘Honor your athletes at home. Let’s have a diplomatic boycott if, in fact, this Olympics takes place,’ Pelosi said. ‘Silence is inexcusable.’

Rights groups have met several times in the last year with the International Olympic Committee, asking that these Olympics be moved out of China, which also hosted the 2008 Summer Games.

Last week, human rights groups and Western nations led by the United States, Britain and Germany accused China of massive crimes against the Uyghur minority in the western region of Xinjiang and demanded unimpeded access for U.N. experts. 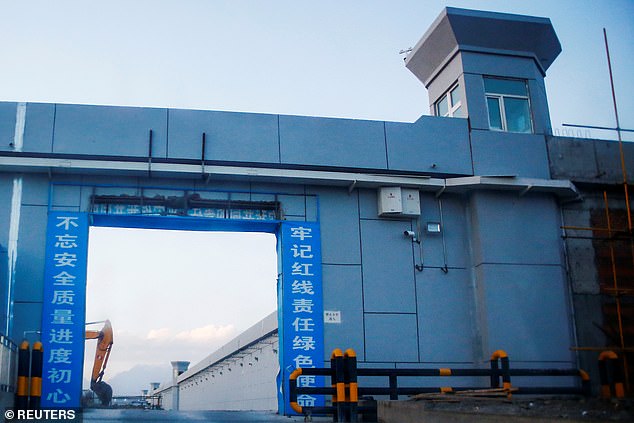 Human rights groups have slammed China over the treatment of the Uyghur minority in the western region of Xinjiang. This 2018 photo shows a gate of what’s officially known as a vocational skills educational center, but are considered internment camps for Uyghurs

Human Rights Commission co-chair Rep. Chris Smith, a New Jersey Republican, opened the hearing by calling on the ‘IOC and all interested parties including the United States to find a new host city -or boycott.’

‘In granting Beijing host status for the Olympic Games, we are crowning a barbarous regime with laurels while we should be condemning their abuse and genocide,’ Smith wrote in his prepared remarks.

He said the IOC and U.S. Olympic and Paralympic Committee were invited to attend the hearing but did not.

Last week, USOPC CEO Sarah Hirshland wrote a letter to Congress to lay out the group’s long-held stance that boycotts do not help geopolitical issues in host countries and put athletes training for the Olympics under a ‘cloud of uncertainty.’

I was sent £2,000 worth of food and drinks in Wetherspoons but it didn't end well

Dr. Fauci says crowded Black Lives Matter protests are ‘perfect setup’ for fresh wave of coronavirus to rip through US – The Sun