A cheeky Londoner has been caught filling up their paddling pool using a council water tap in one of the city’s parched parks.

The pool was spotted in St George’s Square, Pimlico, and posted to Twitter by someone quizzing Westminster City Council on whether the recreational use of public water was a safety risk given the shortages.

Replying to a heatwave warning from the council on Twitter, the concerned park-goer wrote: ‘What is WCC policy on unattended swimming pools in public green spaces using water from council water taps? Is this a safety risk in St George’s Square? 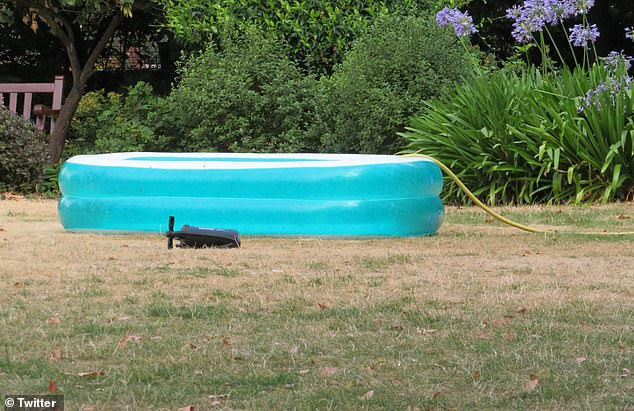 A cheeky Londoner has been caught filling up their paddling pool using a council water tap in St George’s Square, Pimlico, as a concerned park-goer tweeted Westminster City Council to question whether it was a safety risk during a heatwave 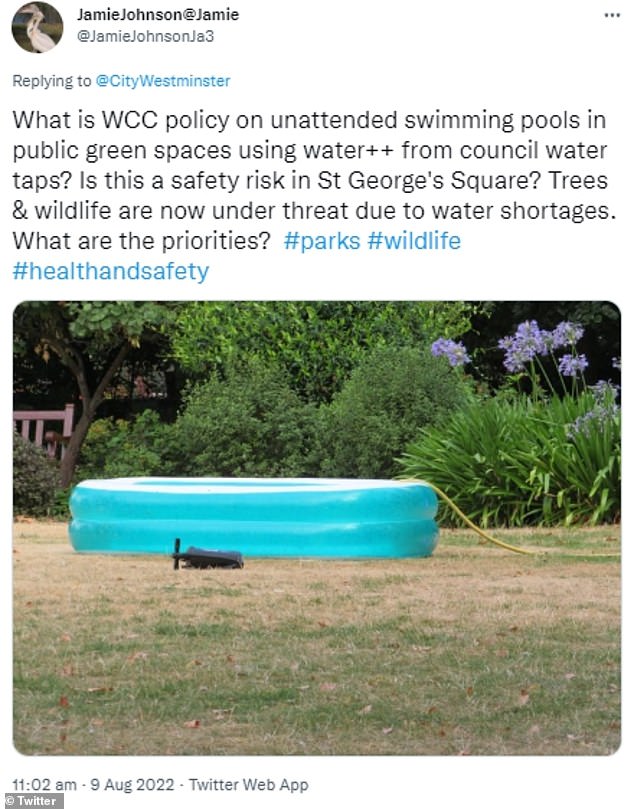 The council responded by saying the water was for ‘shrubs and plants only’ and said it did not advocate filling up pools during a heatwave, as London is set to have a hosepipe ban introduced 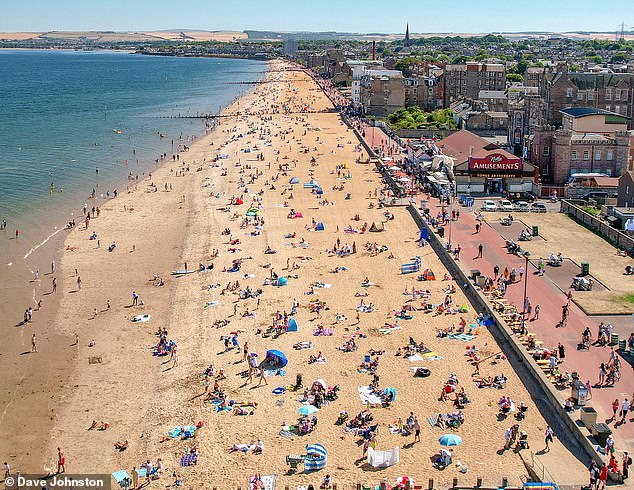 ‘Trees & wildlife are now under threat due to water shortages. What are the priorities?’

In response, the council said the water was for shrubs and plants only, adding: ‘We’d not advocate filling up pools or any other receptacle in our green spaces, especially in a heatwave.’

This comes as Thames Water announce a hosepipe ban will come into force ‘within weeks’ for it’s 15 million London customers.

Had the ban already been in place when the photo was taken, the person involved would have been committing an offence and could face a fine of up to £1000.

This would come under the rule that you must not use a hosepipe to maintain or fill a domestic swimming pool, paddling pool, pond or water fountain unless it is for the welfare of fish or other aquatic animals, or for recognised religious practices. 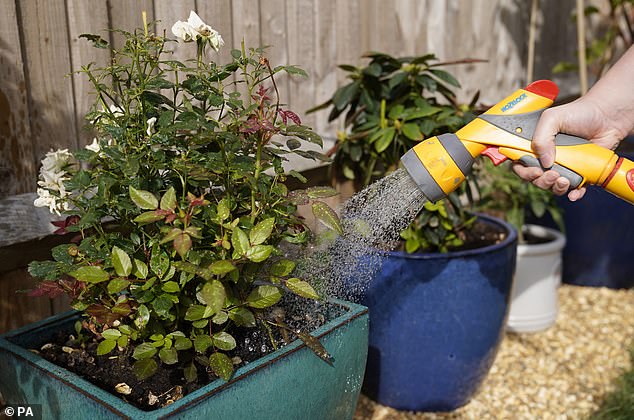 If a hosepipe ban was in place, filling a paddling pool would be an offence and the perpetrator could face a fine of up to £1000 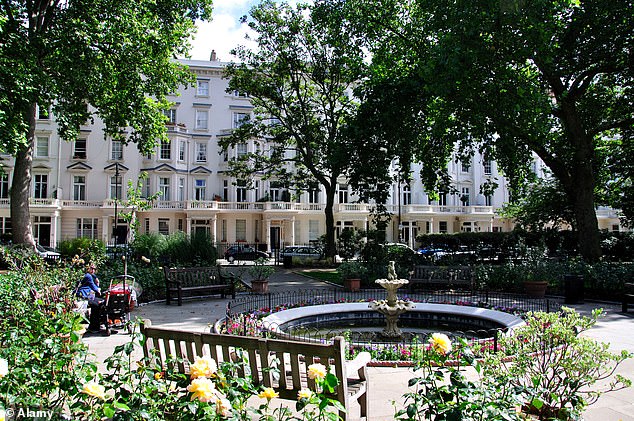 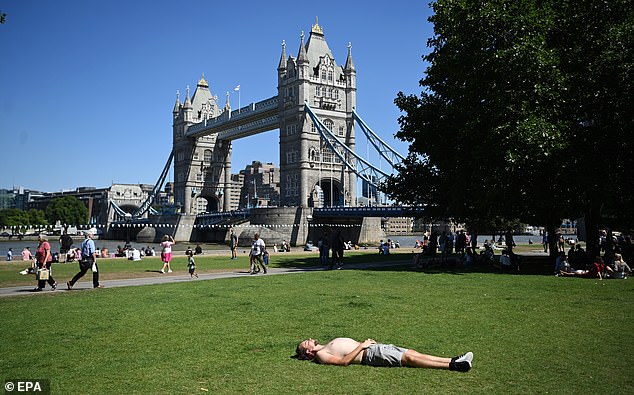 People were making the most of the blistering heat across the country, despite the threat of water shortages 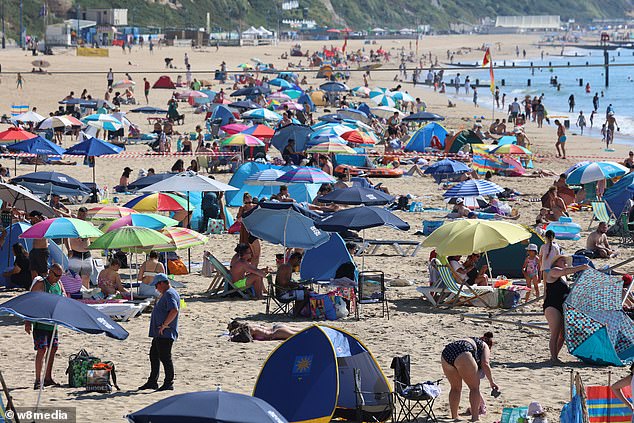 Other things prohibited under the ban include: jet-washing the outside of your property or using a hosepipe to wash your car, clean paths or patios, clean a private leisure boat, or water plants in your home or garden.

The Met Office have predicted the mercury will stay above 30C for the rest of the week and amber extreme heat warnings are in place until Sunday.