Notting Hill Carnival will be axed for second year in a row if social distancing rules remain, organiser tells MPs

The Notting Hill Carnival will not go ahead this year if social distancing measures remain in place, the organiser has said.

Matthew Phillip, chief executive of Notting Hill Carnival Ltd, believes social distancing would be ‘devastating’ for Europe’s biggest street party, which was forced online last year for the first time in its 54-year history due to the coronavirus pandemic.

Mr Phillip told MPs on the Digital, Culture, Media and Sport Committee, which is looking at the cultural and economic impact on the UK’s music festivals: ‘For Carnival weekend specifically, it would pose a very big problem. 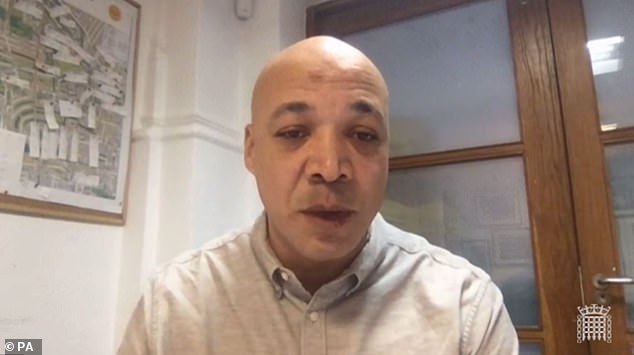 Notting Hill Carnival organiser Matthew Phillip told the Digital, Culture, Media and Sport select committee that social distancing would be devastating for the carnival if rules remain this year

‘It would be very difficult to hold Carnival in its traditional format on the streets with social distancing in place. It would be devastating for a second year in a row.’

Asked if it would mean cancellation of the August event in west London, Mr Phillip said ‘yes’ – but added that efforts would be made to try and run it in some way.

He added: ‘It would not take place in its traditional format. We would always hope to do something.

‘Carnival means too much to too many people for us to simply ignore it so we would always try to find a way of celebrating Carnival for its artistry and what it means to the community.’

Last year Mr Phillip urged revellers to stay off the streets for the traditional Bank Holiday weekend celebration, after a decision to cancel was announced in May.

He described Carnival as ‘resilient’ and said it would try to adapt, but predicted the next three months would be ‘key’ in trying to figure out what will be allowed to happen this year. 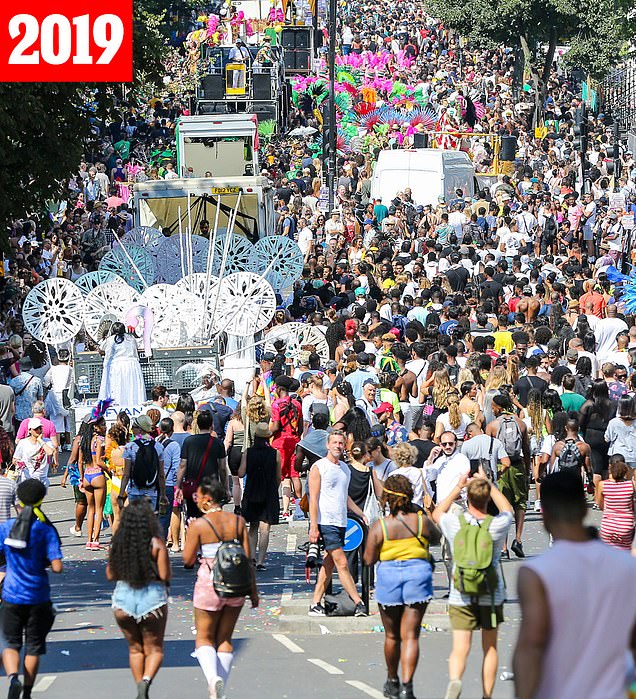 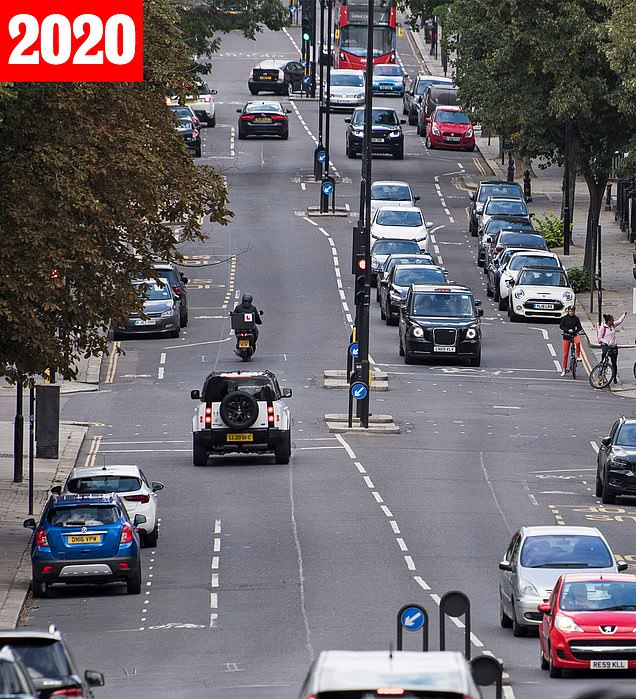 He called for clear guidance on how to proceed, stating: ‘I don’t feel the need to know every day how many people are getting vaccinated, I would like to know what it means at the end of it.

‘How many people we are expecting to vaccinate before things are relaxed and there is a level of confidence.’

The vaccine rollout has given some hope that society may reopen but there is not a similar certainty for live events and the festival industry, the committee heard.

Mr Phillip said: ‘None of us have got a crystal ball.

‘We don’t know what is going to happen and we have to wait and see. I don’t think there is a cut-off point. We will have to continue to plan as we have been and wait and see.’

Mr Phillip warned ‘there is a risk of ending up with something that is not managed’ happening this summer if large gatherings cannot take place, but small indie venues or licensed premises can open. 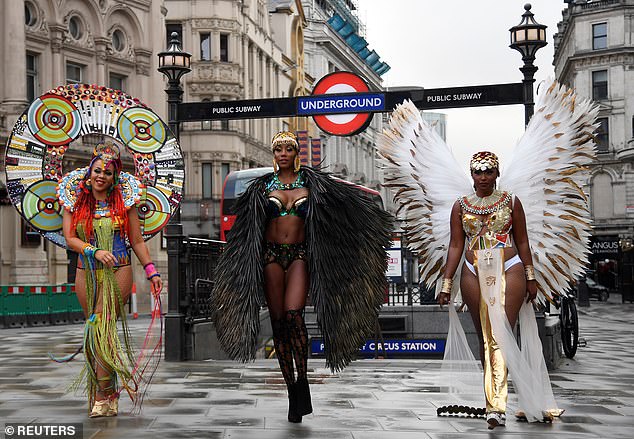 It would depend on the regulations that are in place, he added.

Up to two million people usually attend Carnival so if there are ‘five or six or 10 premises which have got loud music playing, it could potentially pose some risks for us,’ Mr Phillip noted.

Tory MP Damian Green said: ‘If we have a relaxed but not a completely relaxed outside environment, that could almost be more dangerous.

‘It would be August Bank Holiday weekend and a couple of million people will out of habit head to Notting Hill and there would not be anything there to control them.’

Basic facilities such as toilets would not be in place, so the whole situation would be ‘very very difficult,’ Mr Phillip added.

MPs heard Carnival is made up of hundreds of small communities which ‘literally’ put on the event, rather than one organising body, and the occasion involves a range of year-round activity.

Covid-19 has meant that ‘nothing has been happening’ and while some people have been trying to do things digitally ‘that has become very crowded very quickly which has made it difficult to do something in that space and stand out,’ according to Mr Phillip.

He urged the MPs to try and find a way to help fund small creative firms that support Carnival, such as costume designers who make it a ‘spectacle that helps represent London’.