A MOMENT of silence has been held for the victims of the Florida condo collapse after rescuers said there is "no chance of life."

The death toll stood at 54 on Thursday after eight more bodies were recovered; 86 people are still unaccounted for. 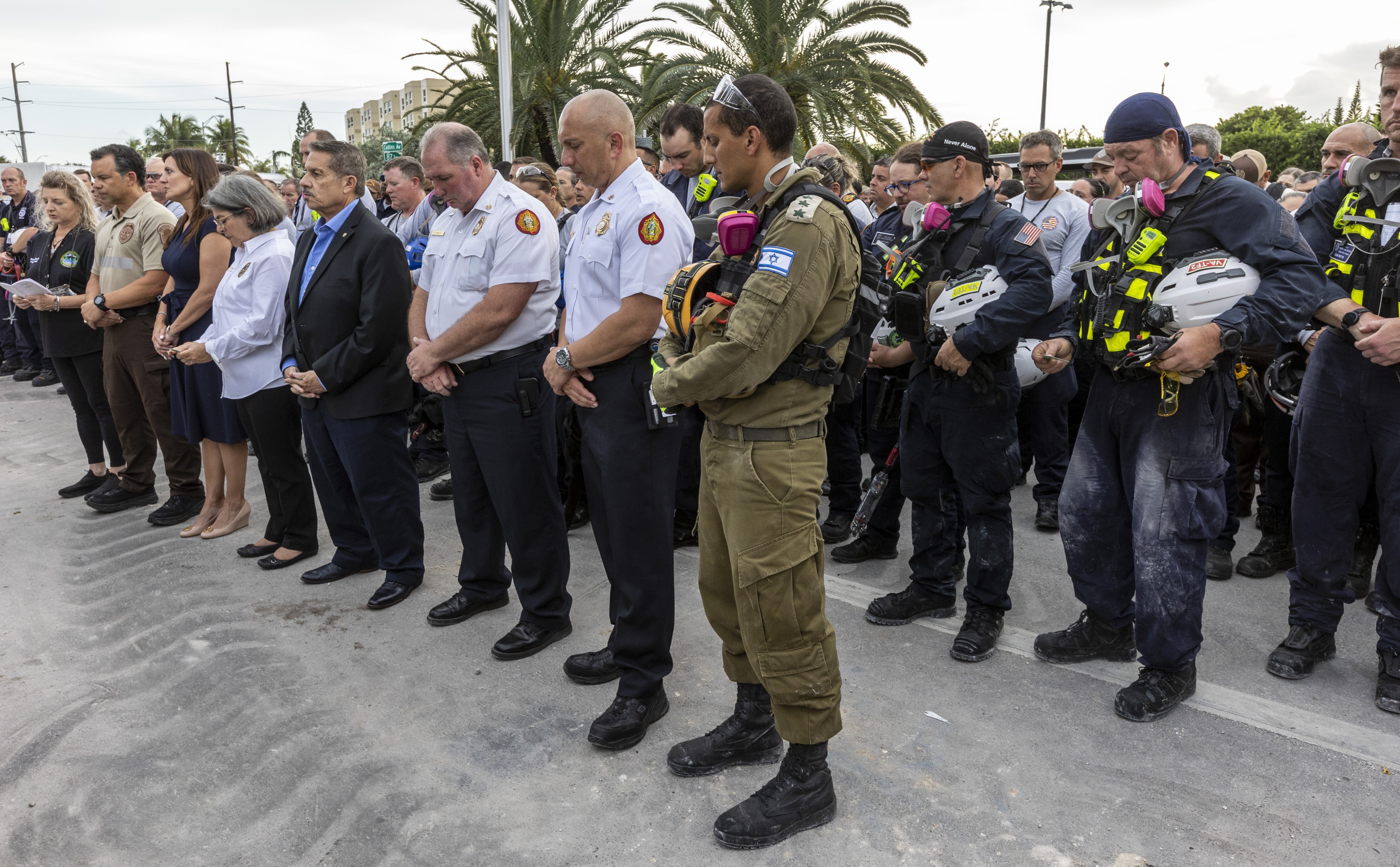 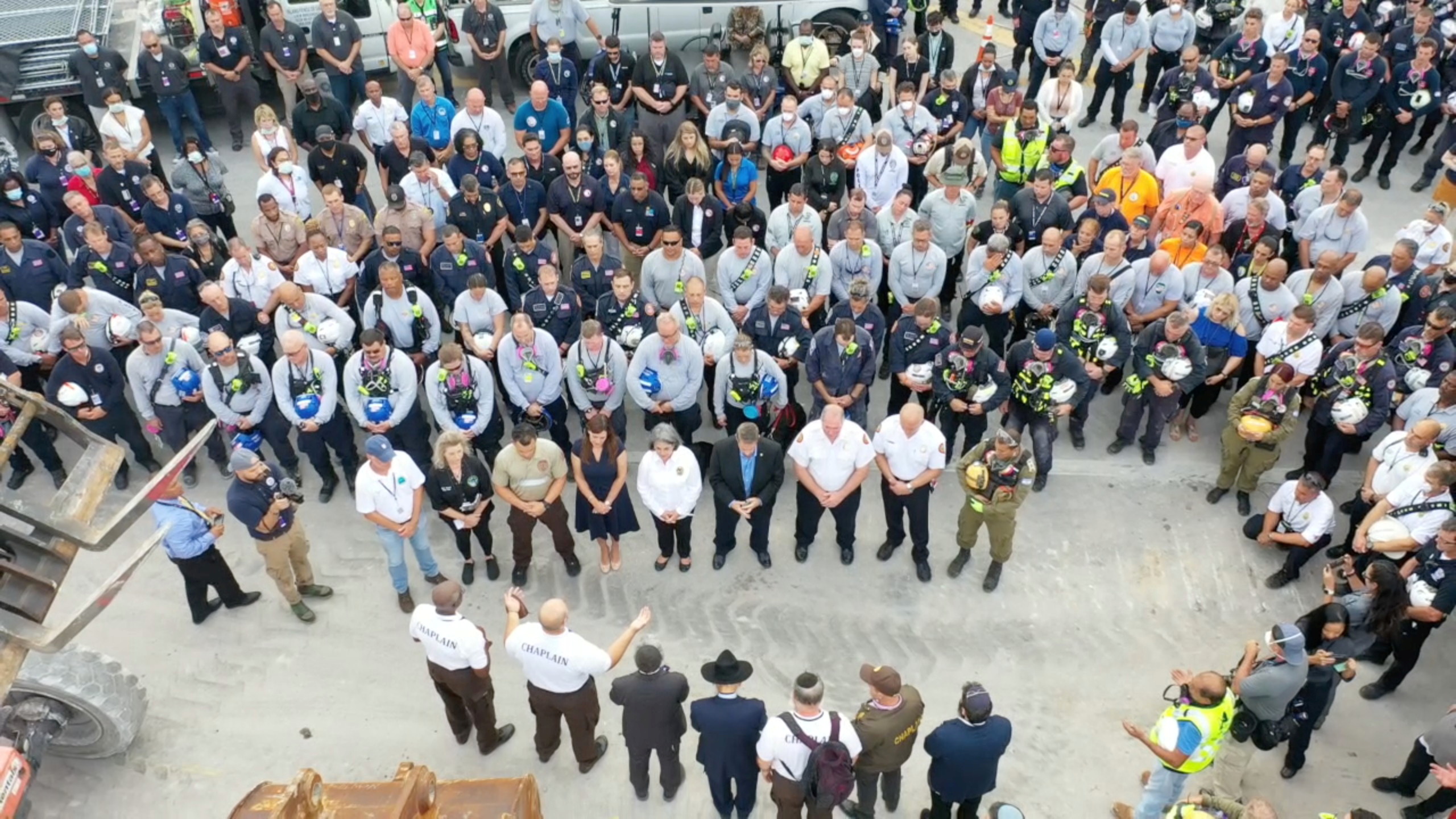 Miami-Dade Mayor Daniella Levine Cava said: "Our Miami-Dade County Task Force 1 members, who’ve been here since the beginning… they could go home, but they are still here."

Hours before the official change of mission, rescue workers, their helmets held to their hearts, joined officials, rabbis and chaplains in a moment of silence.

The rabbis and chaplains walked down a line of officials, many of them sobbing, and hugged them one by one.

A Miami-Dade fire helicopter flew over the site. 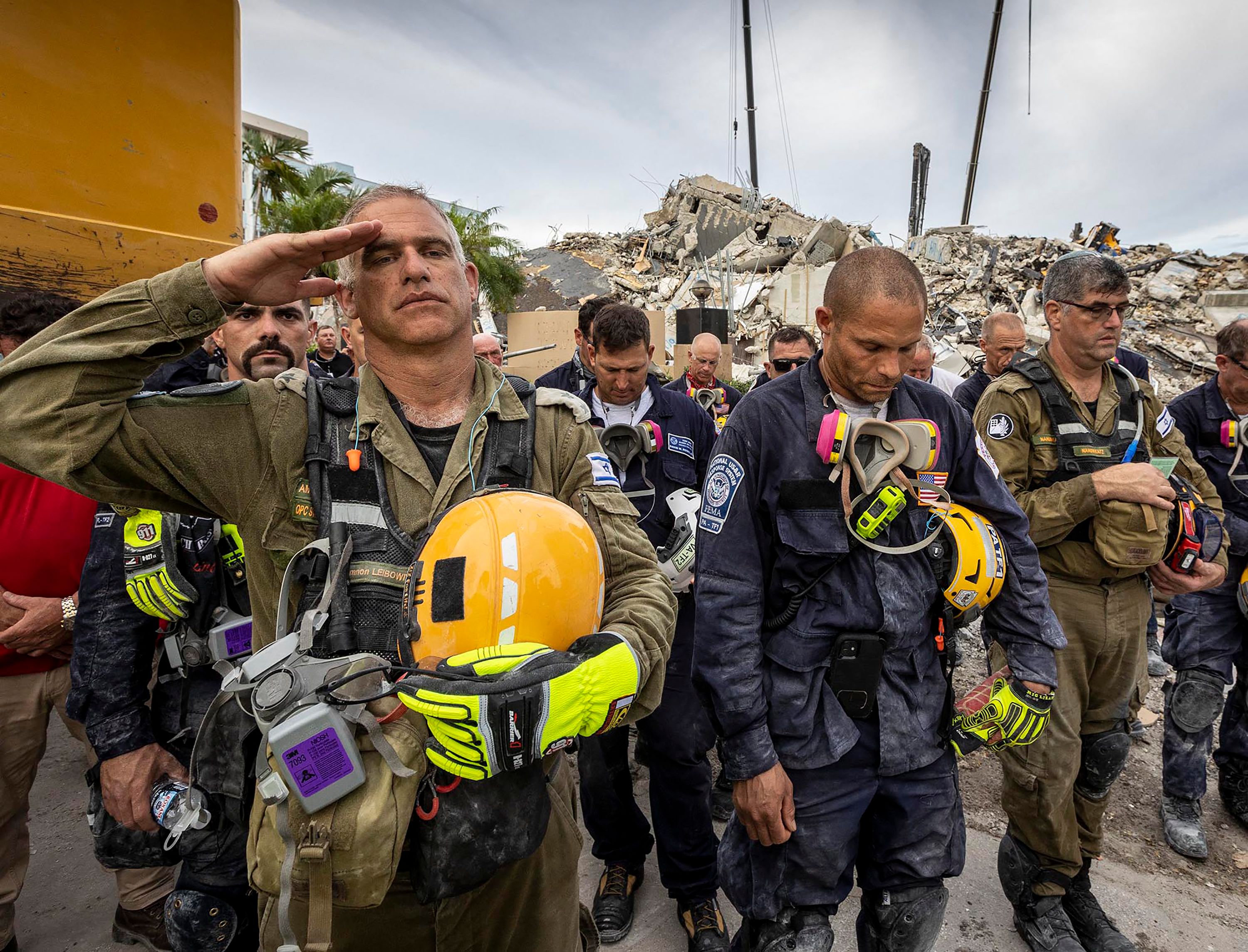 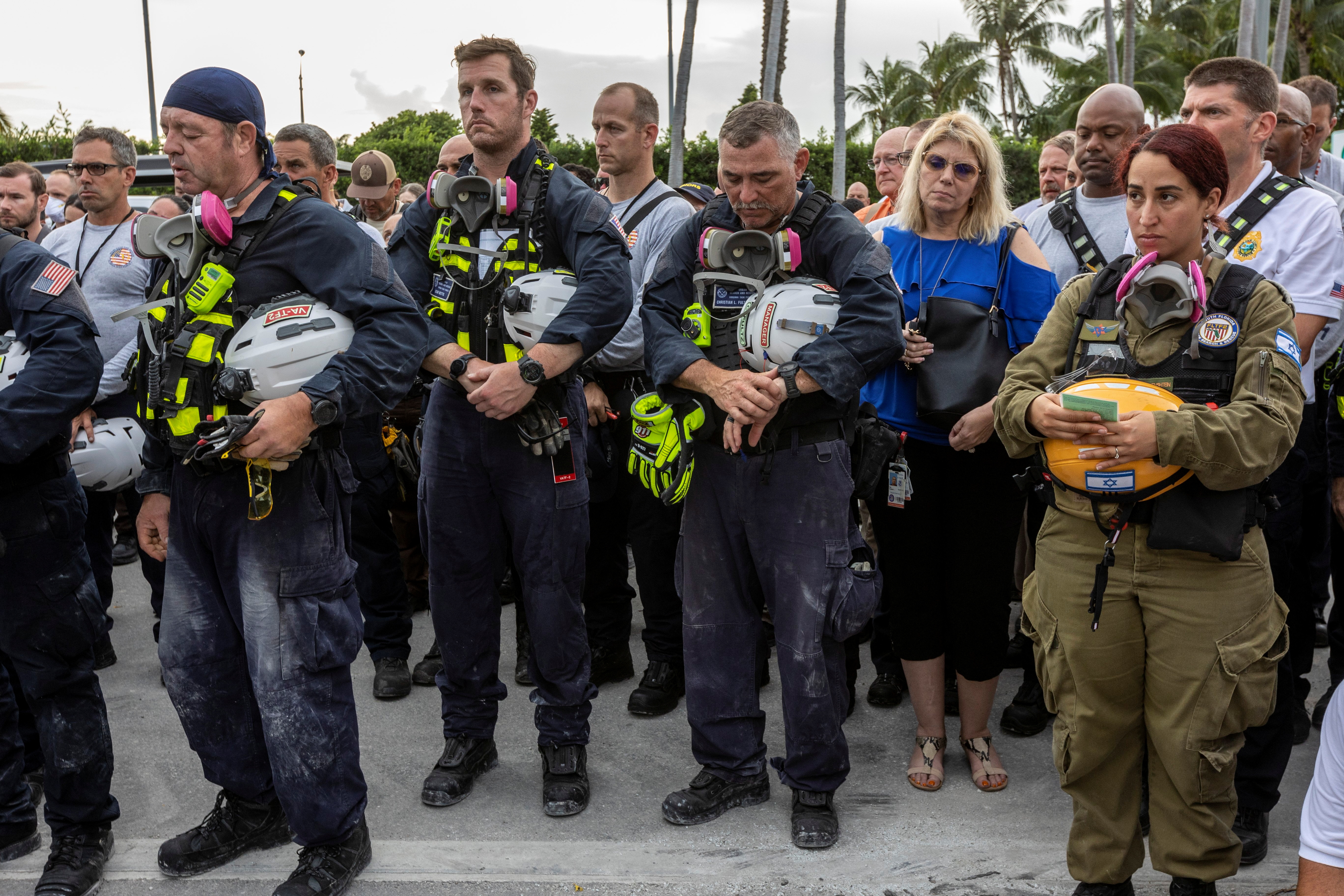 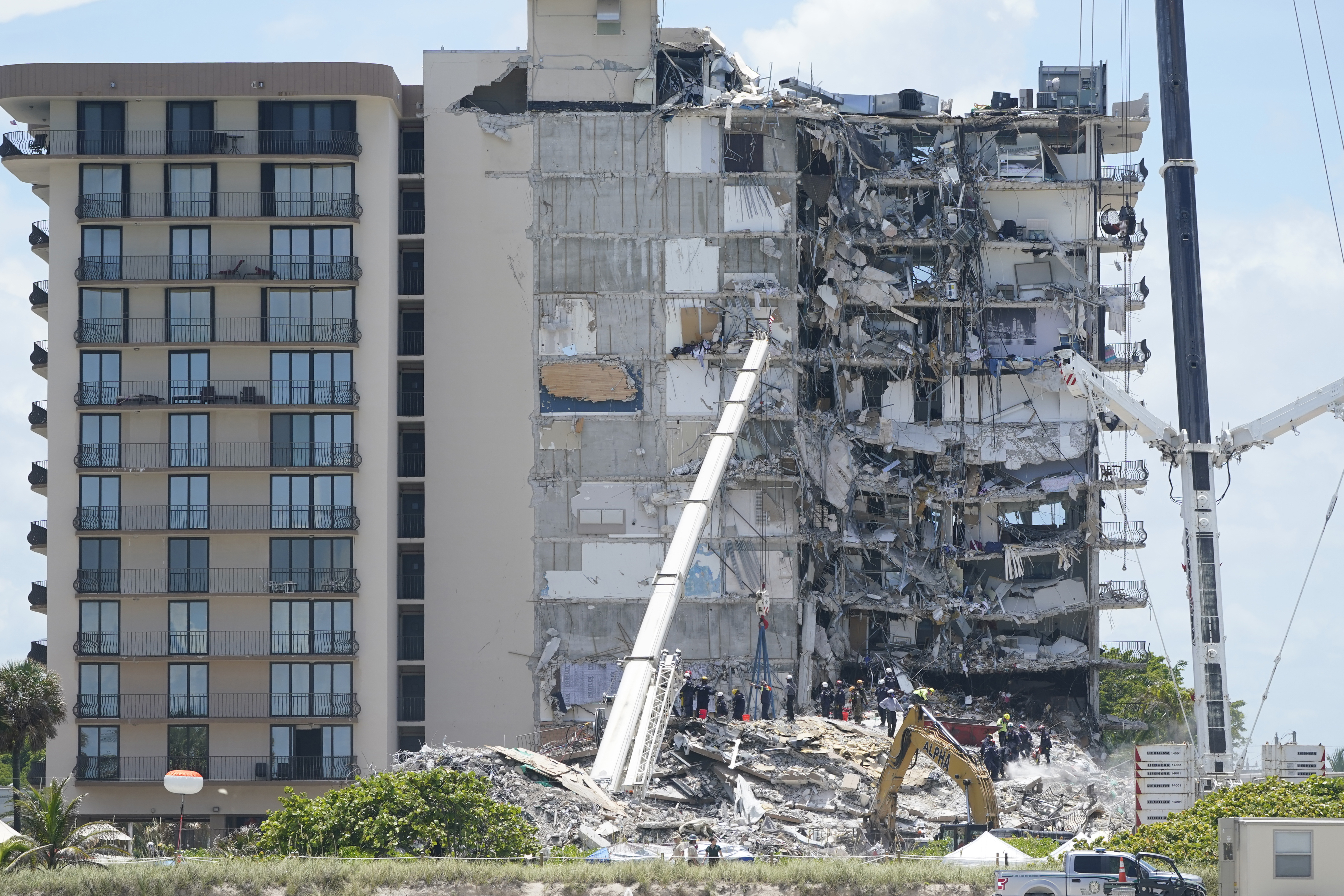 As the ceremony neared its end, an accordion player played Aaron Copland’s “Fanfare for the Common Man,” which was followed by a piccolo playing “The Battle Hymn of the Republic.”

On nearby fence, loved ones had posted photos of the victims and flowers.

Firefighters have hung a banner which reads “Miami-Dade Fire Rescue Mourns With You.”

Mayor Levine Cava said: "At this point, we have truly exhausted every option available to us in the search-and-rescue mission.

"We have all asked God for a miracle, so the decision to transition from rescue to recovery is an extremely difficult one." 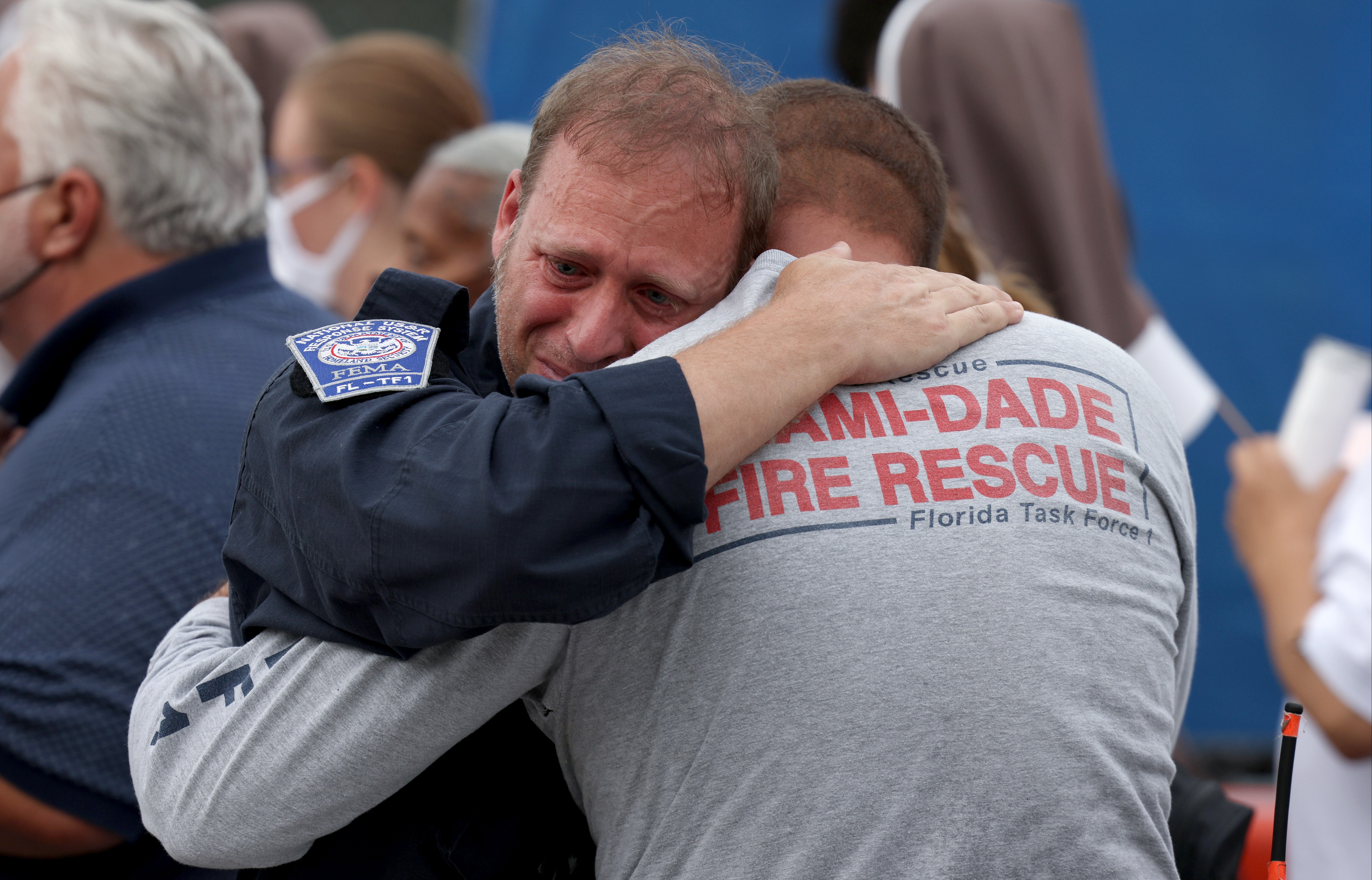 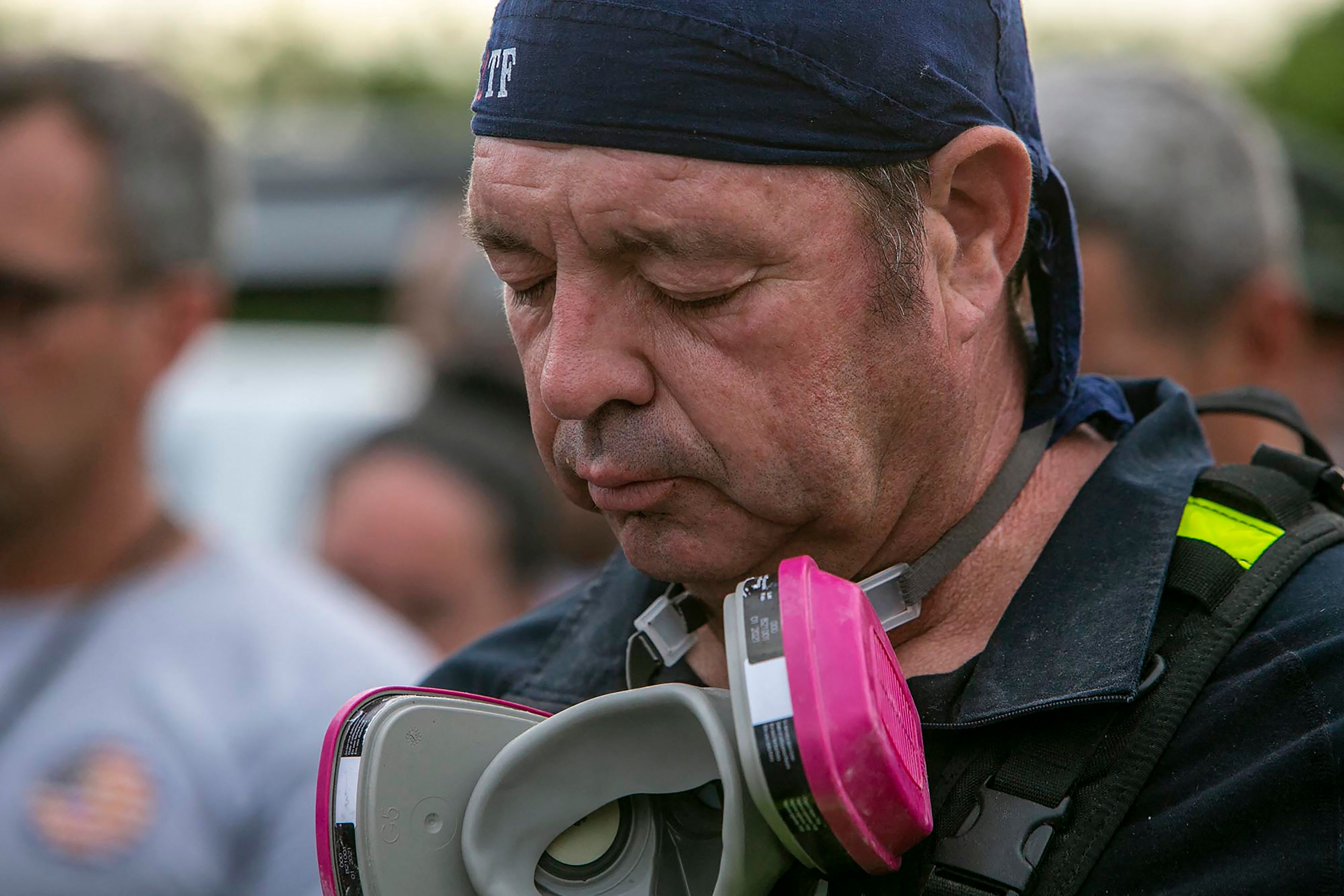 No one has been pulled alive from the building since the first few hours after part of the 12-story condo collapsed in the early hours of June 24.

During the search, rescuers were twice required to halt their operation, citing instability in the remaining part of the condo, which was later demolished.

Hope of finding survivors was briefly rekindled after workers demolished the remainder of the building on Sunday, allowing rescuers access to new areas of debris they hoped would contain “voids,” or open pockets with enough room for a person.

Some of those voids did exist, mostly in the basement and the parking garage, but no survivors emerged.

As the days went on, initial hopes of rescues slowly dwindled.

Miami-Dade Assistant Fire Chief Raide Jadallah told families at a private briefing that the emergency crews would remove the rescue dogs and sound devices, but otherwise would continue to search through the rubble for the bodies of their relatives. 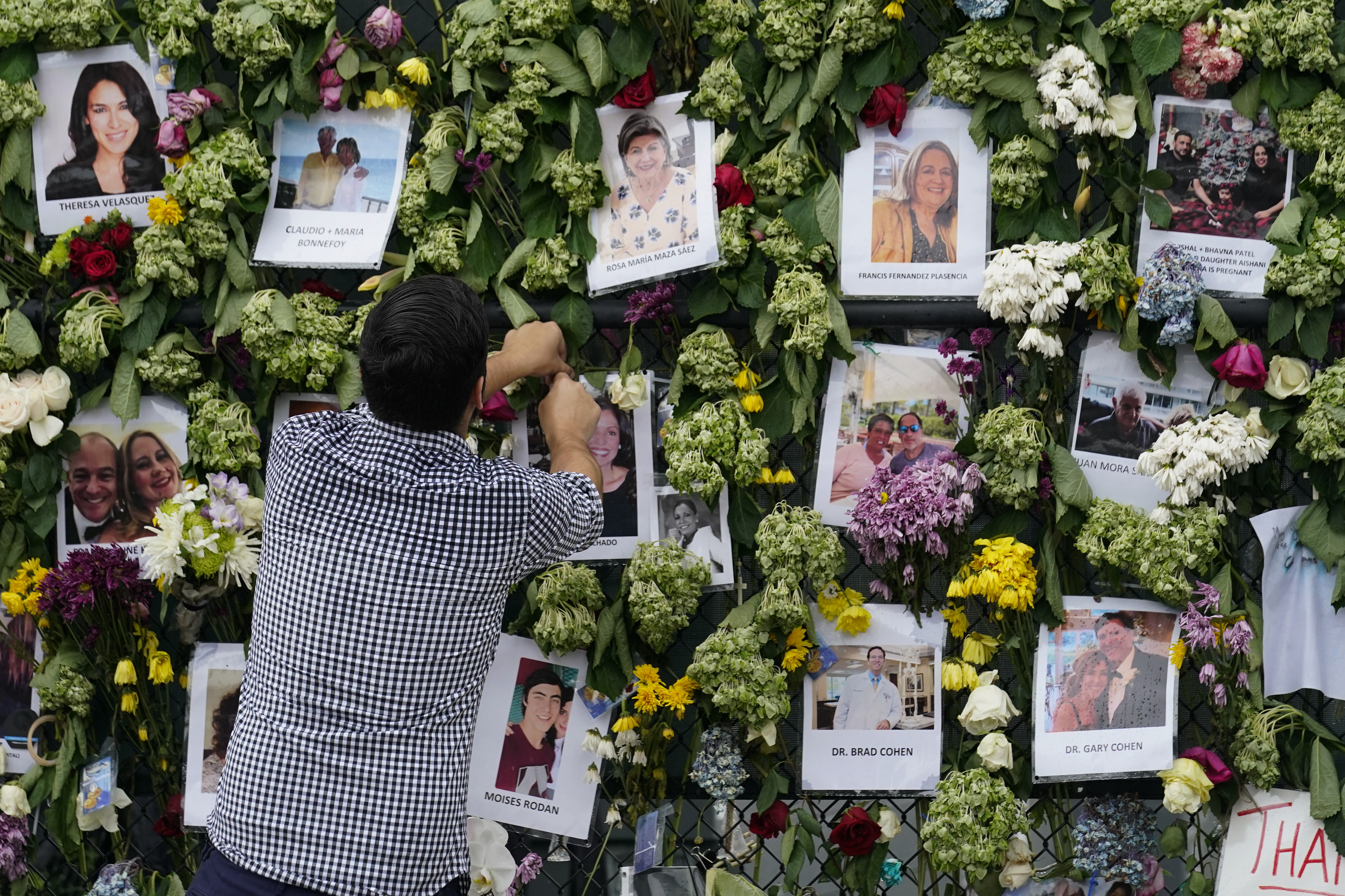 "Our sole responsibility at this point is to bring closure," Jadallah said as relatives cried in the background.

Authorities have announced intentions to launch a grand jury investigation into the building's collapse.

Judge: Eric Trump must testify in NY probe before election