“It’s incredibly disturbing that the president of the United States — ten days after a plot to kidnap, put me on trial and execute me, ten days after that was uncovered — the president is at it again,” Whitmer said on NBC’s “Meet the Press.” “And inspiring and incentivizing and inciting this kind of domestic terrorism.” 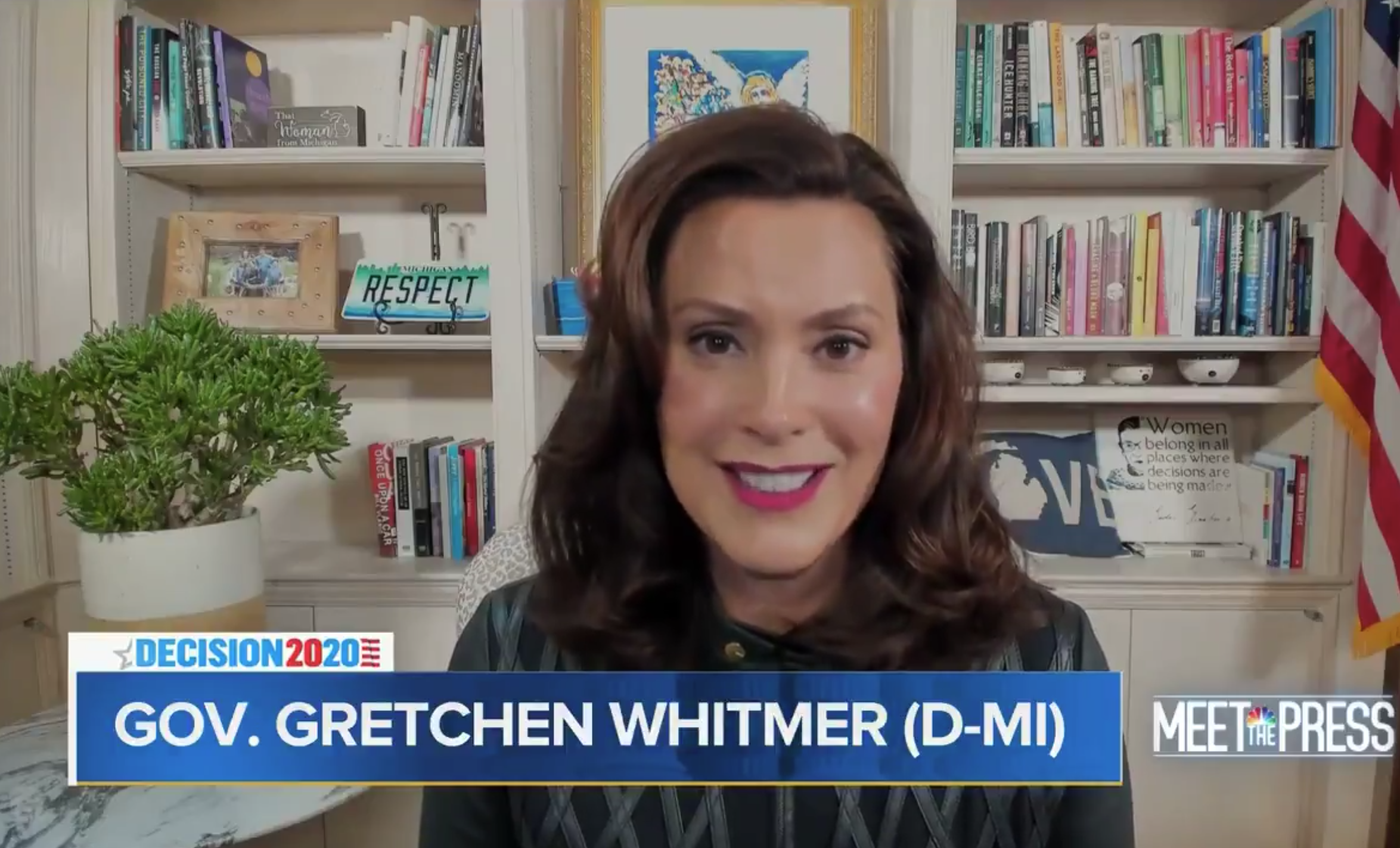 She added: “It is wrong. It has got to end. It is dangerous, not just for me and my family, but for public servants everywhere who are doing their jobs.”

On Saturday night, just 17 days before Election Day, Trump held a rally in Muskegon, Mich., where he downplayed the plot against Whitmer and castigated the Democrat for local lockdown measures aimed at curtailing the coronavirus. According to the latest tracking data from Johns Hopkins University, the virus has killed about 220,000 Americans this year. The virus has had recent spikes in the Midwest.

“Lock them all up,” Trump concurred.

Whitmer, a Democrat, was the target of a failed kidnapping plot, according to authorities, who announced earlier this month that they charged 13 men with federal and state crimes in connection to the alleged scheme to overthrow Michigan’s state government. Trump has previously urged his supporters to “LIBERATE MICHIGAN!” Whitmer said after the arrests that Trump’s language gives comfort to these kinds of militia groups.

Forty minutes later into Trump’s Saturday night rally, the president again railed against Michigan’s lockdown measures and sparked the crowd to resume the “lock her up” chants.

Trump touted the role of federal authorities in stopping the alleged plot before urging them to focus more on leftwing extremists: “I have to tell you something: Our FBI has to start looking at antifa, and they have to start looking at some people they are not looking at like they should be.”

Lara Trump, the president’s daughter-in-law and senior campaign adviser, similarly said Sunday on CNN’s “State of the Union” that it was “the president’s Department of Justice that actually thwarted this attack.” Host Jake Tapper pressed her repeatedly on whether the president should tone down his rhetoric, but she said critics were misinterpreting his rally comments.

But House Speaker Nancy Pelosi on Sunday urged Trump to “realize that the words of the president of the United States weigh a ton.”

“And in our political dialogue, to inject fear tactics into it, especially a woman governor and her family, is so irresponsible,” Pelosi continued, speaking on ABC’s “This Week.”  She urged people upset by Trump’s comments to cast ballots in the upcoming election. “The biggest antidote to his poison is the vote,” she said.

Horrifying moment parachute jumper, 41, is killed after losing control during jump as he is seen hurtling to the ground