A MAN was left traumatised when his flat became infested with maggots and flies "like a scene from a horror film"- after his neighbour's dead body lay undiscovered for weeks.

Thomas Matthews' was unable to eat at home and wore a face mask to bed as the insects had seeped through the floorboards from the room above. 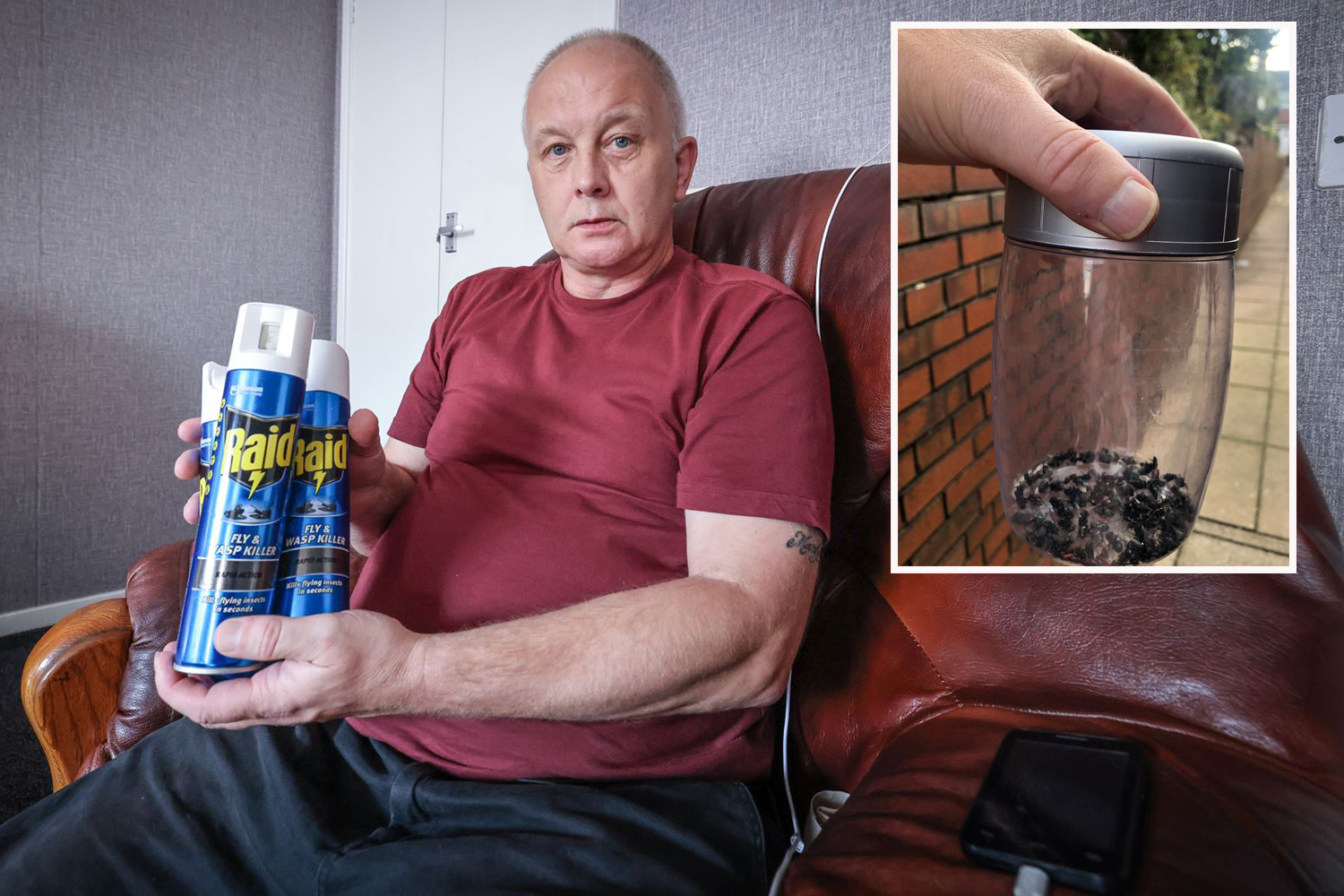 The 64-year-old who lives in North Staffordshire was finally asked to move out to allow a deep clean to be carried out at his one-bedroom property – more than three weeks after he first reported the infestation on September 21.

He told StokeonTrentLive: "I had bluebottles everywhere. They were flying around the flat all the time and maggots were crawling on the carpet. It was like a scene from a horror film.

"I couldn't make any proper meals in the flat, I couldn't even make a sandwich because the flies would be on it. I was eating outside of my flat.

"It's been terrible, it's affected my mental health and wellbeing. I was getting hardly any sleep at all. It's been traumatic."

The dad-of-three says he can't understand why it took his landlord Sanctuary Housing so long to respond.

He explained: "On September 21 I reported to Sanctuary Housing that I had got maggots in my bathroom and they said they would send somebody out.

"On September 28 a guy from pest control came and sprayed one corner of the room in the shower. But then I started getting bluebottles."

Shortly after, Thomas was told that the body of his neighbour above was found, who had been dead for more than three weeks. It's believed that the insects in his house came from the neighbour's room upstairs.

He said: "After that, I continued to have bluebottles in my property and I reported it to Sanctuary again.

"I went to Leighton Hospital one day and when I came home there were about 30 bluebottles on the floor in the kitchen, living room and my bedroom.

"I was trying to clean them myself but I struggle with my knees. I had to sleep with a mask on because of it.

"Sanctuary told me to just kill them with a spray, but as soon as I killed them, more would come. I was going round spraying them and chucking them away every day."

Thomas, who is unable to work due to having arthritis in both knees, has had to fork out £100 to replace bedding, food and kitchen appliances.

He said: "It made me bad, I'm not used to living like that.

"I went to stay with my children for eight days before they cleaned it. I couldn't stay at home. I was suffering for almost four weeks until they did the deep clean.

"After the deep clean I have had to replace all of my bedding and some of my kitchen appliances. I went to B&M the other day and had to spend £100.

"Sanctuary told me to just wash my bedding but it just turned my stomach the thought of bluebottles on my bed that had come from a dead body.

"I don't know why it took them so long to sort it out."

Sanctuary Housing says it brought in a 'specialist contractor'.

A Sanctuary spokesman said: "We employed a specialist contractor to use their expertise at this property and they have carried out several treatments in the two affected flats in the past three weeks.

"While the contractor has advised that the work has been completed, we are sorry it took longer than expected and because of this, we did offer to provide Mr Matthews with hotel accommodation when treatments took place in his home if he could not remain with his family."