A coronavirus patient spat in another man’s face as he queued to buy train tickets in Thailand – before the spitter was found dead in a railway carriage.

Anan Sahoh, 56, was found slumped on the passenger train on Monday after he was earlier seen ‘coughing and vomiting’ during the journey.

Health officials grew alarmed when CCTV footage at the station in Bangkok showed him spitting at a man who was buying tickets from a machine.

Authorities are now desperately trying to trace the spitting victim to stop him spreading the disease to others. 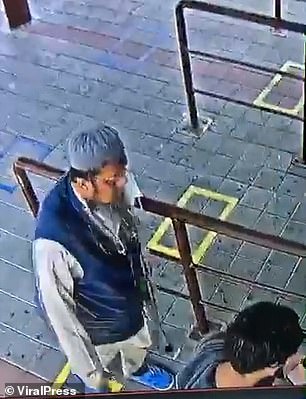 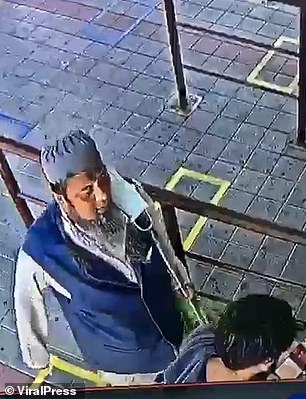 Anan, who was seen walking on a crutch, was travelling from Bangkok to Narathiwat after recently returning from Pakistan.

He spat at the unknown passenger at Bang Sue station in Bangkok, where he boarded the train on Monday on which he was subsequently found dead.

Temperature checks at the station had reportedly showed a normal figure of 96.8F (36C), raising no alarms.

However, he developed a cough and vomited during the journey – during which train staff took a picture of him and his ID card – but his condition had improved by the time the train reached Hua Hin railway station.

Another temperature check found no change. Officials advised the passenger to take a rest at Hua Hin, but he insisted on continuing his journey.

At about 10.15pm, train staff found the passenger collapsed in front of a toilet when the train reached the Thap Sakae district.

Medics performed tests on his dead body which showed a positive result for Covid-19. He also had diabetes. 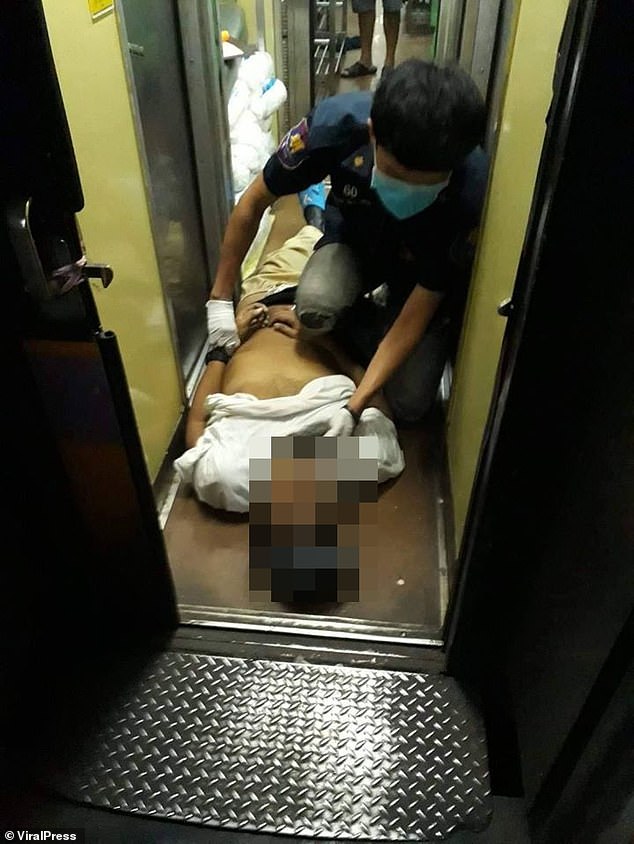 Anan Sahoh, 56, was found slumped on the passenger train on Monday after he was earlier seen ‘coughing and vomiting’ 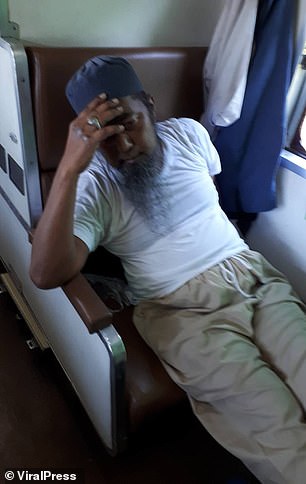 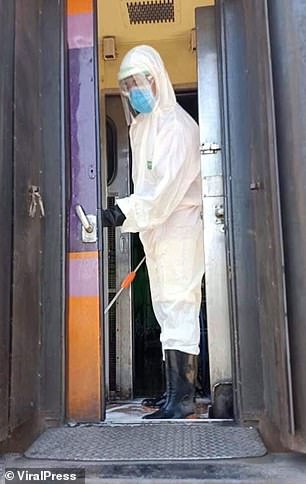 Train staff had earlier taken a picture of Anan on the train (left). Health workers were later seen cleaning the carriage after the dead man was found to have the virus (right)

Other passengers were evacuated from the carriage which was then disconnected from the rest of the train and disinfected by workers wearing protective suits.

The director of the State Railway of Thailand, Thakoon Intrachom, said today: ‘We are now worried about a man that was spat at in the security camera footage.

‘We coordinated initially with the railway police but they have not found him yet.

‘We want to announce that if anyone knows him or if he has heard about the news, then he should please go to the hospital immediately.’

Medics said the dead Anan, who lived in Thailand’s deep south, had recently returned from Pakistan and passed through the country’s Suvarnabhumi Airport.

He had a ‘fit to fly’ health certificate, and was not flagged as a health risk by thermal scans or temperature checks at the airport. 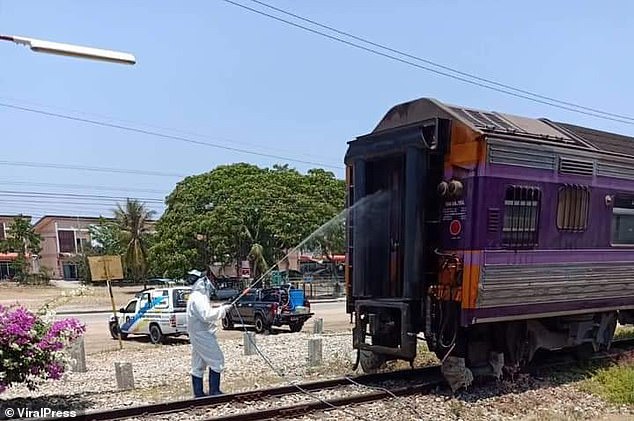 The railway carriage is cleaned after it was decoupled from the rest of the train, with health workers trying to limit the spread of the disease 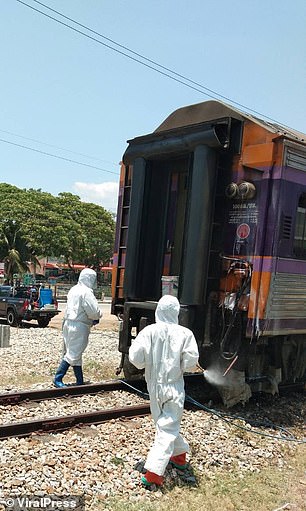 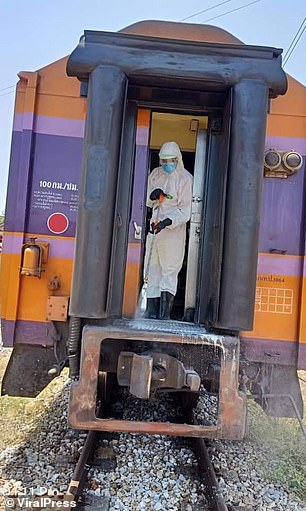 Railway officials say they have sent a list of 15 passengers who were on board the same carriage as the dead passenger to the public health office.

Eleven others have been quarantined, including two train station staff from the Bang Sue railway station, a security guard, seven railway workers and a railway police officer.

It is not clear when the man arrived back in Thailand. He was carrying a health certificate issued by a doctor in Pakistan on March 26.

A state of emergency that took effect last Wednesday barred entry into the kingdom except for diplomats and Thais.

Anyone arriving in the country must have a health certificate and spend 14 days in self-quarantine.

The number of infections in Thailand has soared past 1,700 – up more than 60 percent from a week ago – and the death toll has more than tripled to 13.