A LIFE-saving drug that costs just £5 will be given to seriously-ill coronavirus patients across NHS from today.

Dexamethasone is the first treatment shown to improve survival against Covid-19 – and has been hailed the "biggest breakthrough yet". 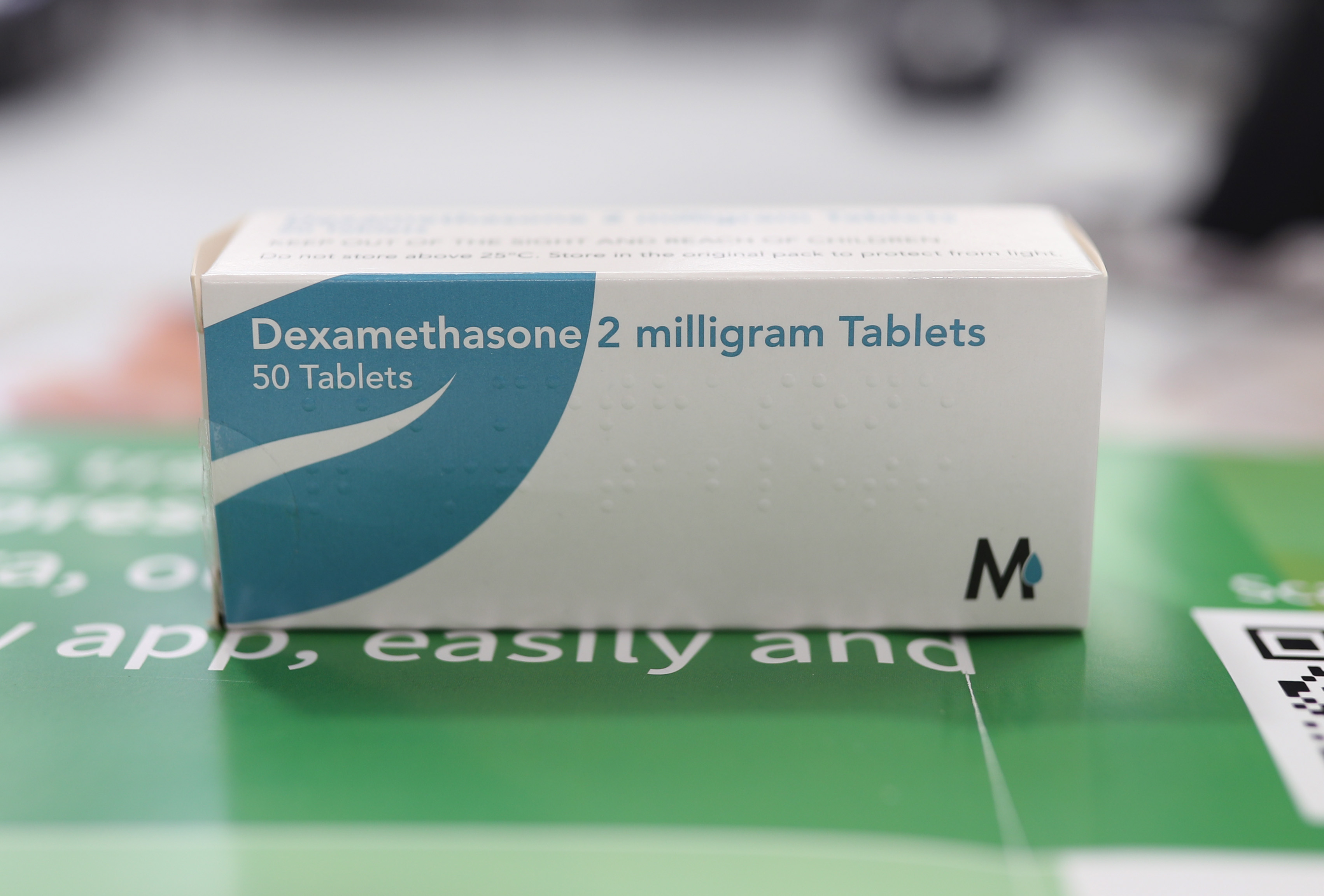 Researchers found that the widely available steroid reduces deaths by up to a third among patients on ventilators and by a fifth for those on oxygen.

It has been approved to treat all UK Covid-19 patients who have been admitted to hospital and are on ventilators or oxygen.

The UK's chief medical officers say it should be used "with immediate effect", the BBC reports.

In an urgent letter to to clinicians in the NHS, they said dexamethasone had "a clear place in the management of hospitalised patients with Covid-19".

There are no issues with supplies of the medicine in the UK.

Health Secretary Matt Hancock told the ministers that 240,000 doses of the drug are "in stock and on order".

He added: "It is not by any means a cure but it is the best news we have had".

Earlier this week, the Prime Minister praised the Oxford University experts who led the "biggest clinical trial in the world" – hailing the breakthrough a "genuine cause for celebration". 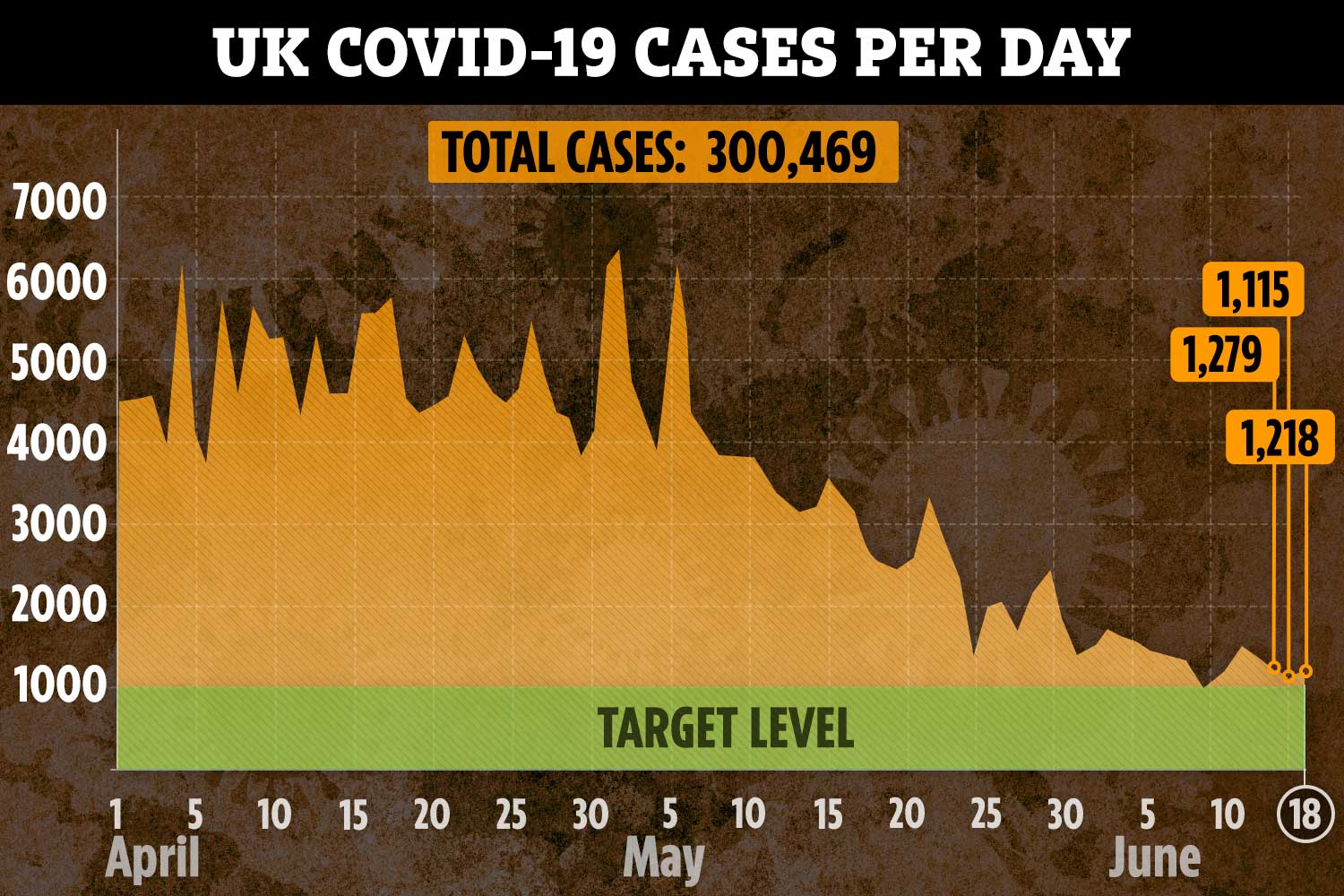 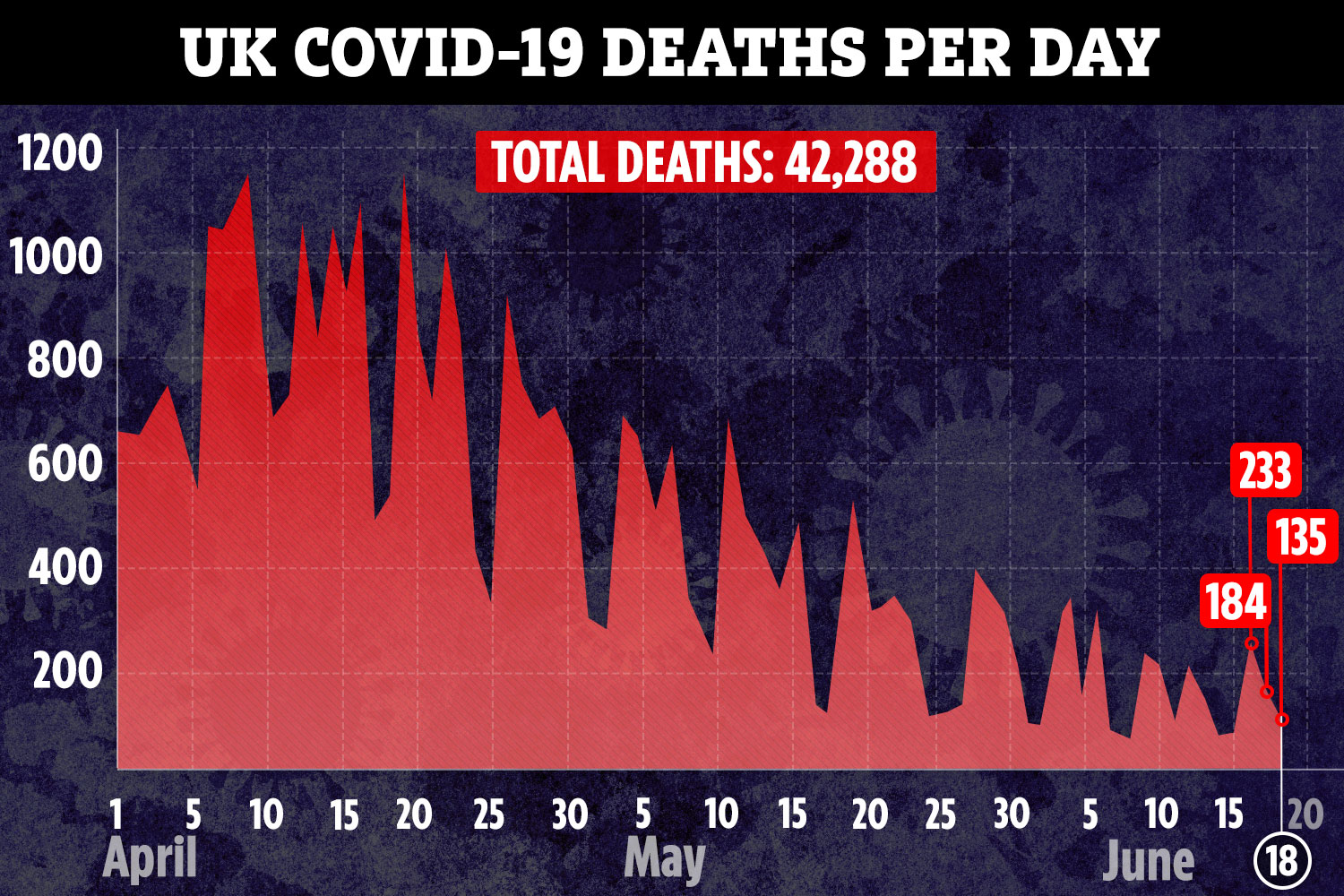 Speaking at No10, Boris Johnson said: "This drug, dexamethasone, can now be made available across the NHS.

"We’ve taken steps to ensure we have enough supplies even in the event of a second peak."

Ministers last night ordered the immediate roll out of the £5 drug across the NHS.

It will now be “standard treatment” for thousands of coronavirus patients on a ventilator or oxygen support.

Medics behind the RECOVERY trial – the largest testing potential Covid therapies – claim their results were “jaw-dropping”.

Oxford University researchers found it cut the risk of death by 35 per cent for patients on ventilators.

For those on oxygen support, it reduced mortality by 20 per cent.

Experts claim if the drug had been available at the start of the pandemic, up to 5,000 Brit lives would have been saved.

Health bosses have now stockpiled 200,000 courses, in case of a potential second wave.

DEXAMETHASONE is a widely-used steroid drug which works to reduce inflammation.

In use since the early 1960s, medics prescribe it to treat a range of conditions, including rheumatoid arthritis and asthma.

The drug is also used in end-of-life care and can work to prevent the immune system from destroying blood platelets in people with blood disorders.

Those with a brain tumour may also be prescribed dexamethasone to reduce swelling.

A course of the drug is around £5.

Dr Nick Cammack, from the Wellcome Trust, said: "This is a major breakthrough – dexamethasone is the first and only drug that has made a significant difference to patient mortality for Covid-19."

It found one death was prevented for every eight ventilated patients given the drug – and for every 25 patients requiring oxygen support.

Peter Horby, professor of emerging infectious diseases in the Nuffield Department of Medicine and one of the chief investigators, said: “This is the only drug that has so far shown to reduce mortality, and it reduces it significantly.

“Our jaws dropped when we saw the result. It's really a big result for a severe disease in a largely elderly population.” Speaking from Number 10, Prof Horby added: “What we saw was really quite remarkable.

“And it's really important because the drug itself is very widely available it's on almost every pharmacy shelf in every hospital.

“It's available throughout the world, and it's extremely cheap.

"So this is really, really remarkable. We're extremely pleased with this result.

“This is really good news that we've now got a treatment that almost every patient can take and they will get benefit from it.”

Many of the sickest Covid victims see their immune system go into overdrive, leading to damaging inflammation.

England's chief medical officer Professor Chris Whitty said the findings will “save lives around the world".

But the Government's chief scientific adviser Sir Patrick Vallance warned it does not mean the end of social distancing.

The 69-year-old was rushed to hospital gasping for air as Covid took a heavy toll on his breathing.

He was so unwell, his partner had to dial NHS 111 and speak to the operator on his behalf.

Within hours of arriving at Addenbrooke’s Hospital [pls keep] in Cambridge in late April, the former John Lewis manager was placed on oxygen support in intensive care.

As his breathing worsened, he volunteered to take part in the RECOVERY trial and was lucky enough to be given dexamethasone.

Mr Herring, from Ely in Cambs, claims the treatment saved his life.

Speaking to The Sun, he said: “When I went into hospital, my breathing was pretty bad and the doctors put me on oxygen.

“I was quite worried, as I have type 2 diabetes and high blood pressure, and had bowel cancer 15 years ago, so I was high risk.

“The team said I was 24-hours away from being placed on ventilation, and nobody wants that.

“The treatment saved my life. I can’t say for certain, but my breathing was getting worse and then I turned the corner.

“Five days later I was out of intensive care and just over a week after I went in, I was back at home.

“I am feeling absolutely wonderful now. I have bounced back and am full of energy.

“I cannot thank the team at Addenbrooke’s Hospital [pls keep] enough. The standard of care was second to none.

“I didn’t think twice about taking part in the trial and said yes straight away. If you can help others in a similar position, then you absolutely should.

“I am glad I did it. I feel incredibly lucky I was given dexamethasone. I am pretty certain that it made a difference to my outcome.

“And the overall results of the trial are pretty amazing. I am over the moon that they are now rolling out use of the drug across the country.”

"But… it's roughly one in eight who survive as a result of this – a very important effect, but certainly not an effect-size that would say, therefore you don't need to worry about the other measures to try and reduce the spread of this infection."

It comes as other countries have been urged not to "rush" to make changes to clinical care following the UK breakthrough on a coronavirus treatment.

The World Health Organisation (WHO) praised British scientists after they found that a cheap steroid could help reduce the risk of death for some of the sickest Covid-19 patients in hospital.

But the global health body said "this is not the time to rush to change clinical practice".

It said that the full data from the trial is yet to be released and published in a peer-reviewed journal.

The WHO said it was convening an expert group to assess the results before it changes its clinical advice to countries around the world.

Children rushed to hospital after eating sweets laced with CANNABIS