A SCHOOL board member told graduating students to remember the word "Jihad" as she warned they were entering a world ruled by "white supremacy".

Abrar Omeish, a member of the Fairfax County School Board in Virginia, addressed Justice High School pupils on June 7. 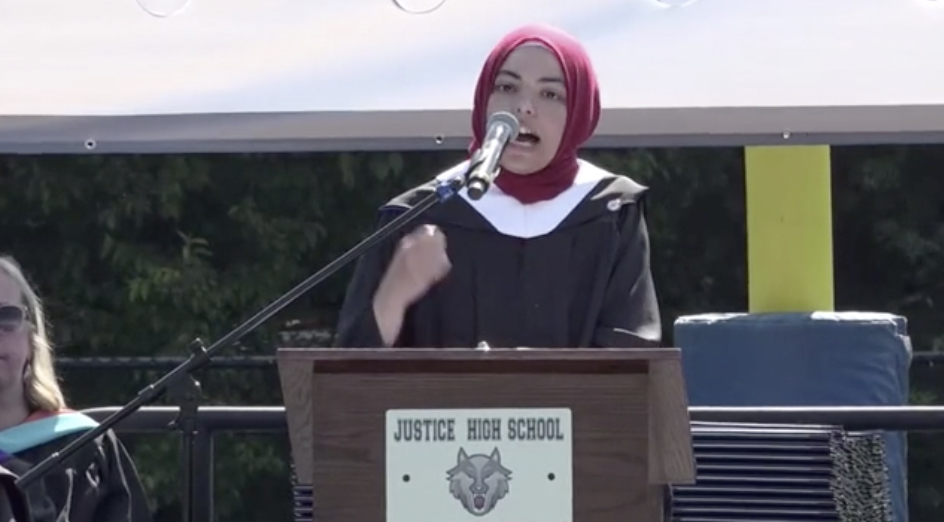 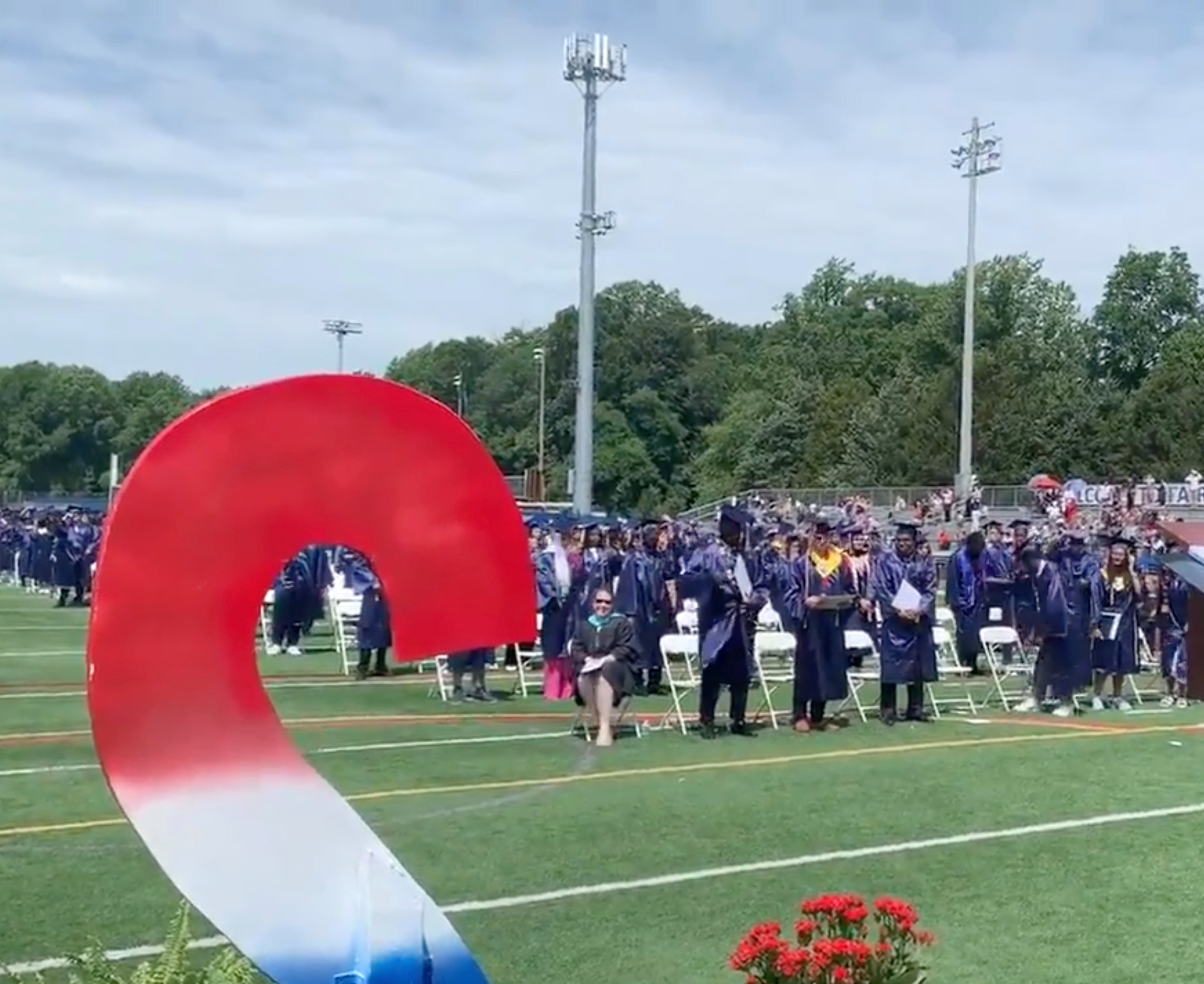 She told students to remember the word "Jihad" – which means holy war in Islam.

Omeish warned the class that they were entering a world ruled by “white supremacy and capitalism”, MailOnline reports.

In her speech, she told students: "We struggle with human greed, racism, extreme versions of individualism and capitalism, white supremacy growing wealth gaps, disease, climate change, extreme poverty amidst luxury and waste right next door and the list goes on.

"The world may try to quiet you by deciding for you what's cool, what's weird, what is or isn't objective.

"It may try to convince you that what you hold dear is too different to be accepted. But who gets to decide.

"You are walking into a world that will be uncomfortable when you seek to cause good trouble. And that may seek to intimidate you or make you think the truth is controversial." 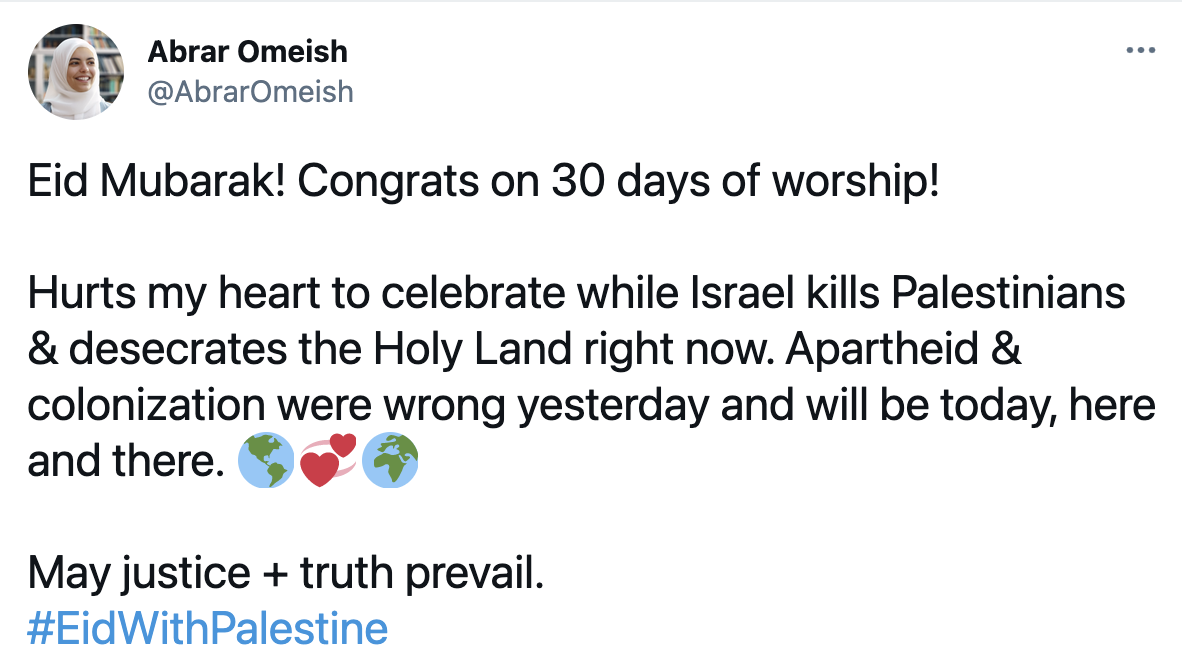 Omeish was elected on to the school board in November 2019 aged 24.

But, she faced calls to resign from the Fairfax County Republican Committee after she posted a tweet attacking Israel.

Last month, she said: “Hurts my heart to celebrate while Israel kills Palestinians and desecrates the Holy Land right now.”

Omeish, who was the first Muslim woman to be elected on to the school board, felt she had to speak out against the violence, Reston Now reports.

She said at the time: “Being the only Muslim voice, I felt tremendous pressure and it’s not like I didn’t anticipate backlash.”

The committee chair called for Omeish to resign and backed a parent-led campaign to recall her. 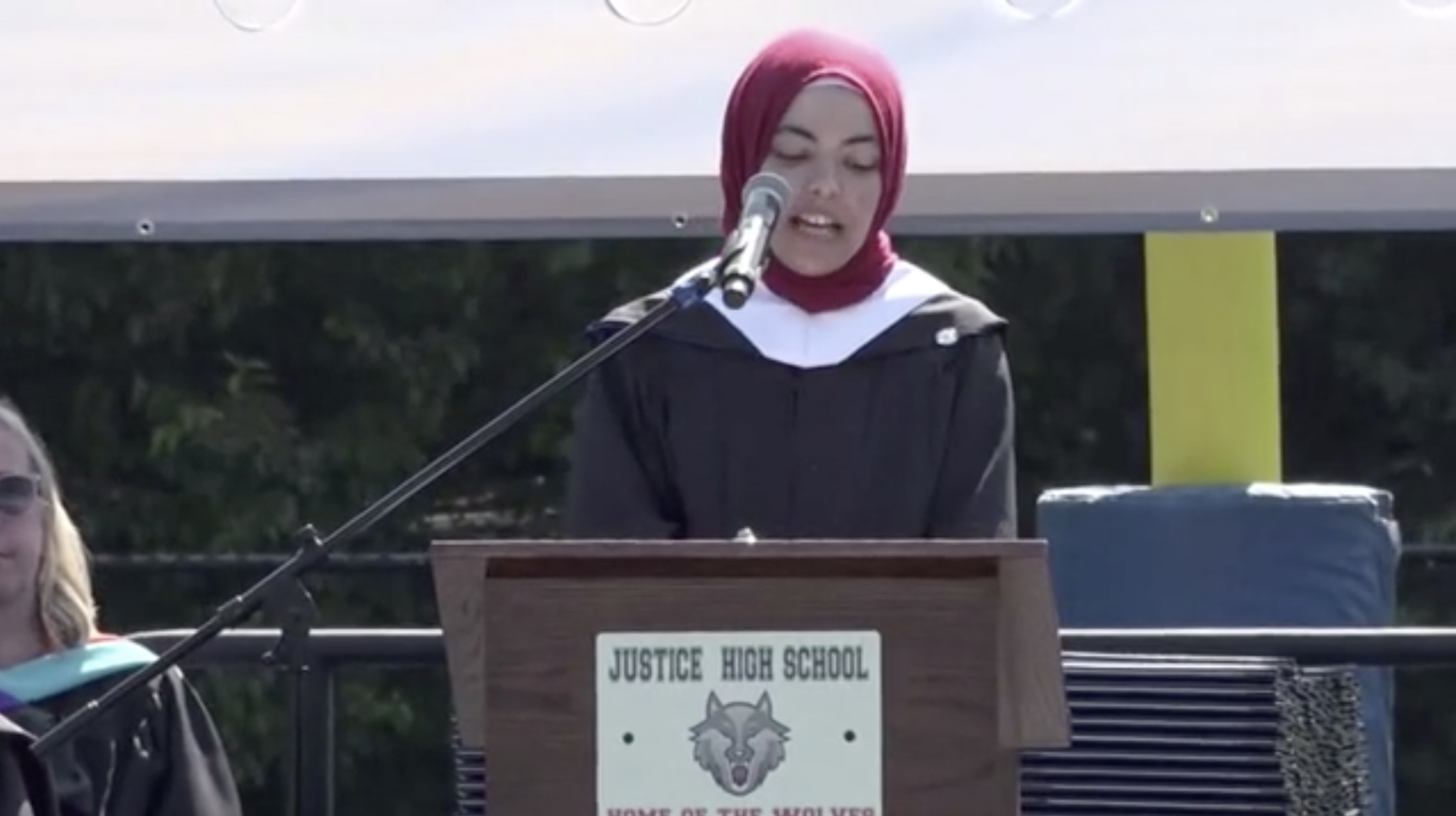 Melanie Meren said she was “aghast” and “appalled” as she branded Omeish’s remarks “alienating” to the community.

The school board member alleged she was a victim of “police brutality” in March 2019 after she was stopped by cops for turning right on a red light.

She claimed she was dragged and pepper-sprayed from her car and forced to remove her headscarf, The Washington Post reports.

In 2017, Fairfax school board voted to change the name of the high school from J.E.B Stuart High School to Justice High School.

Jeb Stuart, of Virginia, was a former Confederate States Army general during the American Civil War.

Stuart died during the Battle of Chancellorsville in 1864.

A petition on Change.Org to change the school name reached almost 40,000 signatures.

Over 70 percent of the students at the school come from a Hispanic, black, Asian, or multiracial background, according to The Washington Post.

Board members voted 7 to 2 to change the name.

The Sun has approached Fairfax County School Board for comment.