The screen goddess you have to thank for Wi-Fi: Jewish Austrian-American actress who fled Nazi-sympathising husband and went on to pioneer technology behind wireless internet, Bluetooth AND GPS

She was both a screen goddess and brilliant inventor who we have to thank for Wi-Fi.

The Austrian-born Jewish-American Hedy Lamarr left her domineering husband behind in the early 1930s and fled to London, where she was spotted by the American chief of MGM studios.

The beauty, who was married six times, emigrated to the United States and went on to star in films with the likes of Spencer Tracy, James Stewart and Clark Gable in what proved to be a glittering career.

Lamarr helped to devise the technology she became most famous for in response to the Nazis’ repeated jamming of radio signals being used to guide torpedoes to their targets in the Second World War. 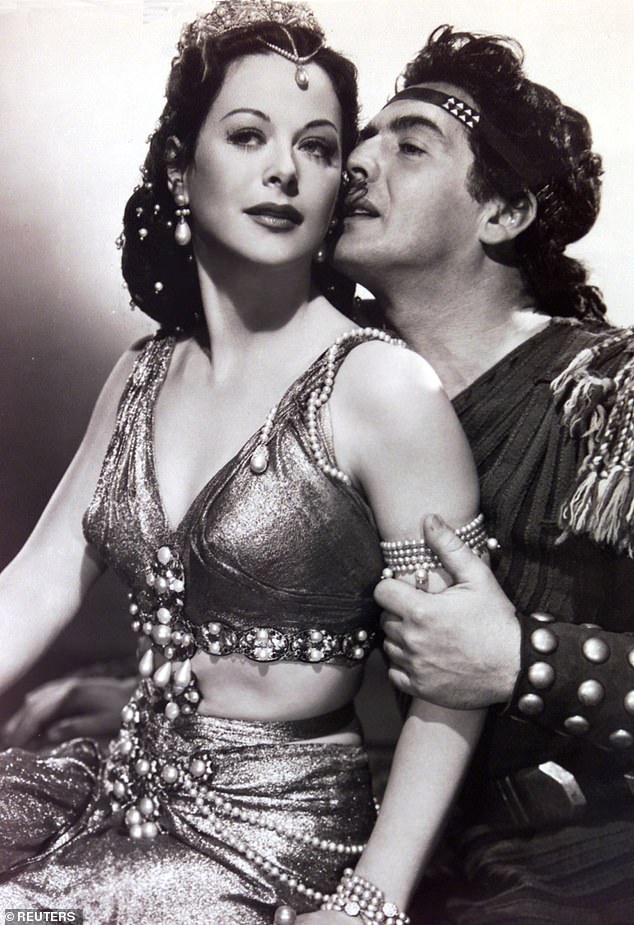 She was both a screen goddess and brilliant inventor who we have to thank for Wi-Fi. Above: Austrian-born Jewish-American Hedy Lamarr with co-star Victor Mature in 1949 film Samson and Delilah

Along with composer and fellow inventor George Antheil, she created a device that allowed ‘frequency hopping’, which made the radio transmissions harder to intercept and allowed the missiles to reach their target.

The pair based the system on a piano’s 88 keys and submitted a patent for the idea in 1941.

A patent was then granted the following year, but the US Navy opted against using the technology in the war.

Instead, Lamarr supported the war effort by using her celebrity to help sell war bonds in her adopted country.

Her technology was later used on US warships during the Cuban Missile Crisis in 1962 – although Lamarr did not receive a penny. 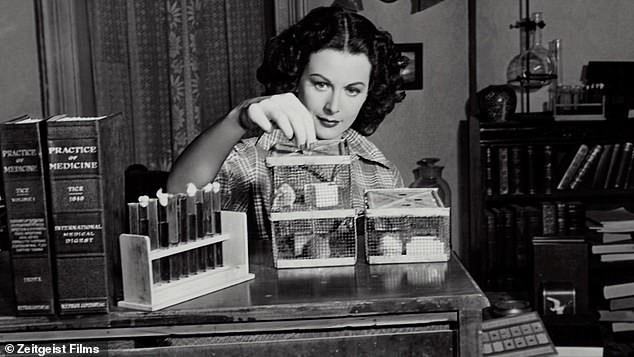 Lamarr left her domineering husband behind in the 1930s and fled to London, where she was spotted by the American chief of MGM studios. Above: Lamarr working as a scientist 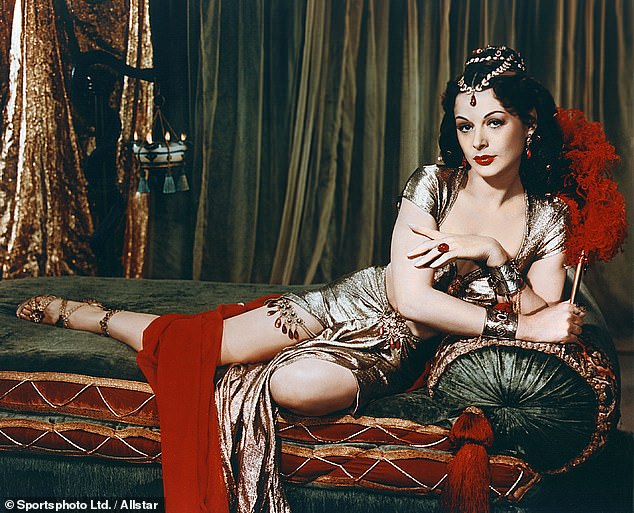 The beauty, who was married six times, emigrated to the United States in the 1930s. Above: Lamarr in Samson and Delilah 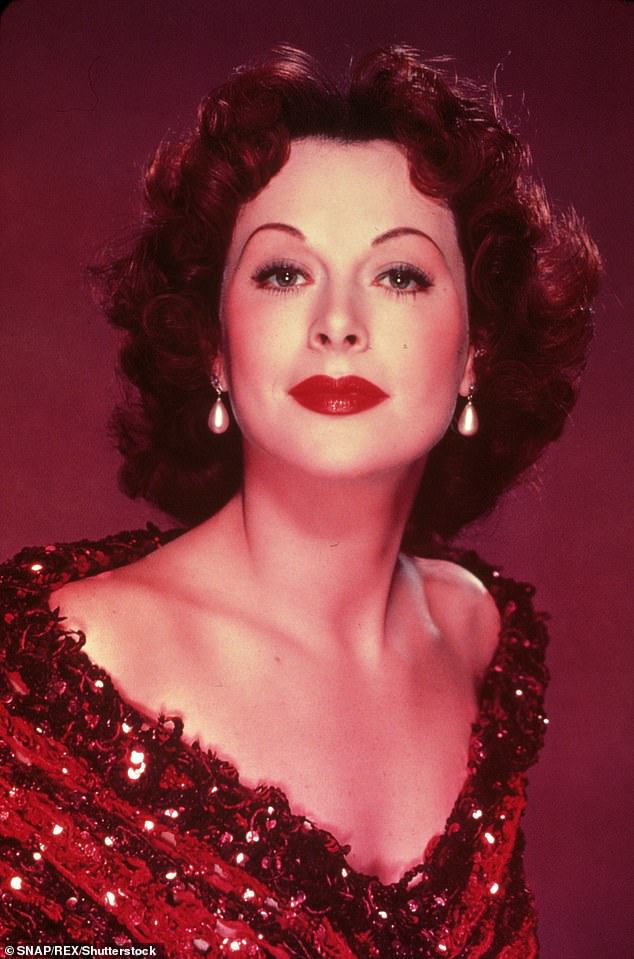 Lamarr is credited in a total of 35 films, but the actress was reportedly bored of the roles she was given that were often light on lines and focused on her looks 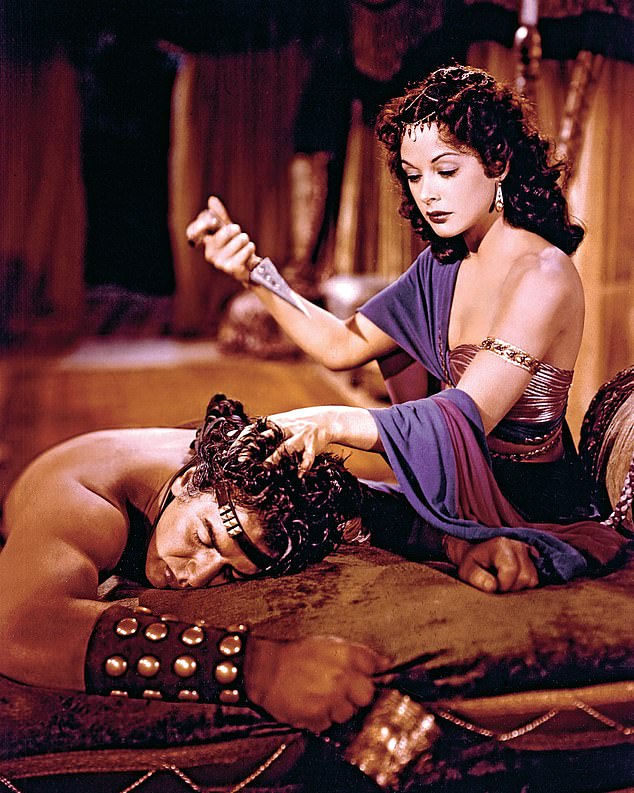 It was this frequency hopping technology that was also a precursor to wi-fi, GPS and Bluetooth, which are all used by billions of people around the world today.

Lamarr was born Hedwig Eva Maria Kiesler to a banker and a pianist in Vienna, Austria in 1914.

She got her start as an actress in her teenage years, debuting in the Czech film Ecstasy at the age of 18 in 1933.

The film was controversial because it portrayed the first female orgasm ever seen in a non-pornographic film.

It was in 1934 that she married her first husband, arms manufacturer Fritz Mandl but quickly became disillusioned with the union and fled their home in the middle of the night.

She later claimed in her autobiography that Mandl had struck up close business ties with the Nazis and alleged that Adolf Hitler and Italy’s fascist ruler Benito Mussolini attended parties at his home.

The inventor later said of him: ‘I knew very soon that I could never be an actress while I was his wife… he was the absolute monarch in his marriage … I was like a doll.

‘I was like a thing, some object of art which had to be guarded – and imprisoned -having no mind, no life of its own 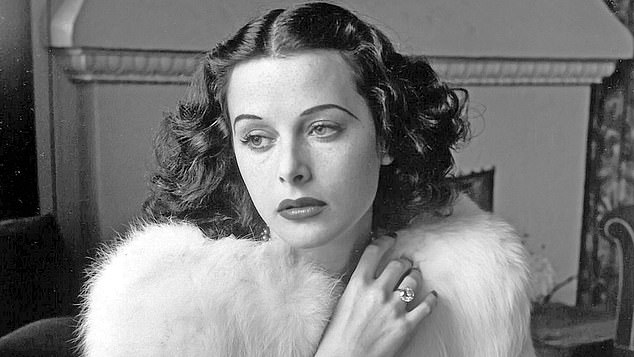 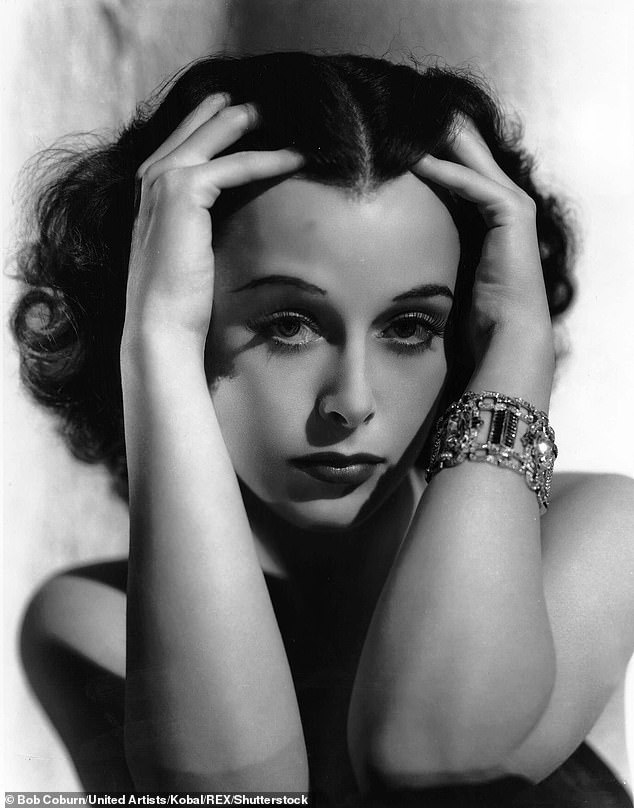 Hedy Lamarr is seen above in a 1938 promotional image. The first American film she starred in was Algiers, with Charles Boyer in the lead role 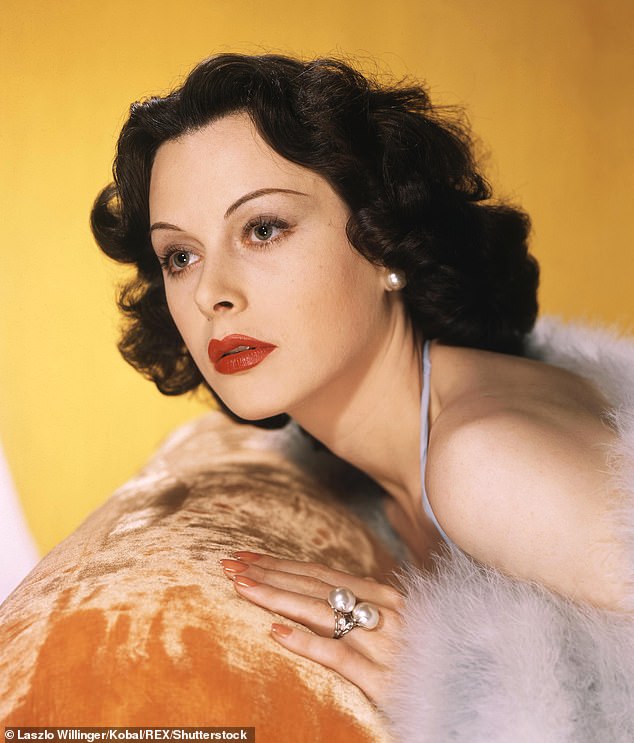 Hedy Lamarr poses for a promotional photo in 1940. The actress was widely regarded as one of the most beautiful women in the world 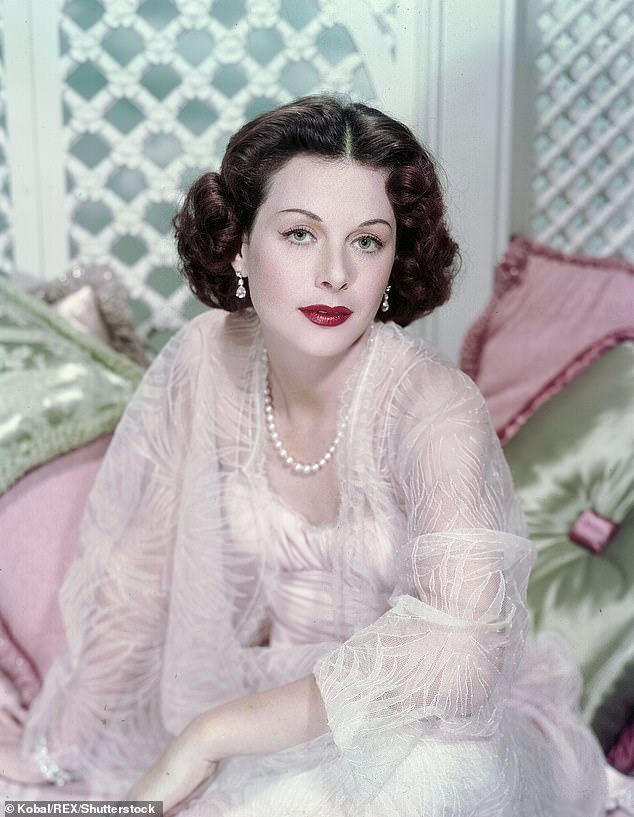 Hedy Lamarr is seen above in 1955, three years before she made her last film 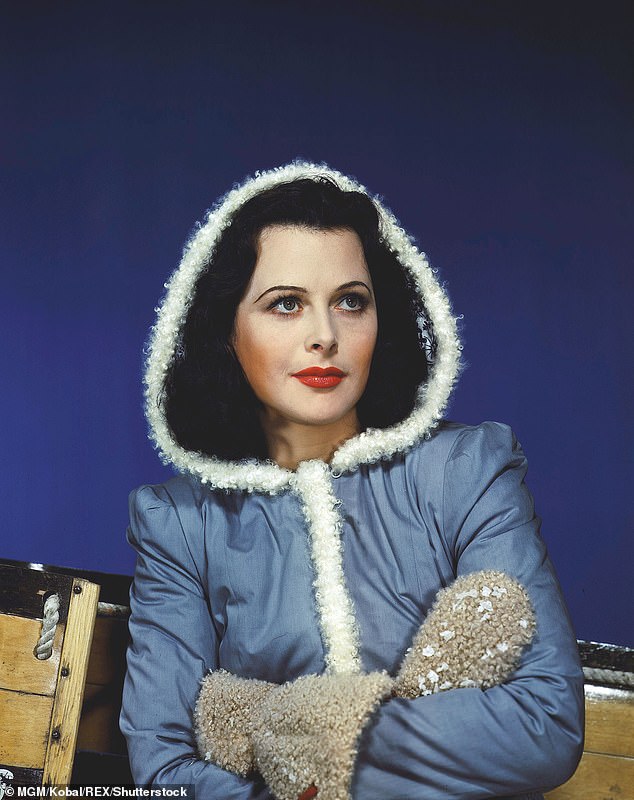 Lamarr is seen in an MGM promotional image in 1941, when she had become a big star in Hollywood

After going to London, it was MGM studio chief Louis B.Mayer who she convinced to hand her a lucrative contract – even though she could only speak a small amount of English at this point.

Lamarr then moved to the US and mixed with the likes of future US President John F Kennedy and the aviation millionaire Howard Hughes – who she dated – in Beverley Hills.

He gave her the equipment she needed to run experiments in her trailer and took her to his aeroplane factory, where he showed her how his machines were built.

After seeing his planes, Lamarr sketched a new wing design for them, prompting Hughes to brand her a ‘genius’.

Lamarr is credited in a total of 35 films, but the actress was reportedly bored of the roles she was given that were often light on lines and focused on her looks.

‘Any girl can be glamorous,’ she once famously said. ‘All you have to do is stand still and look stupid.’

Lamarr, who had three children, went on to marry a further five times after her split from Mandl.

She divorced from her sixth husband in 1965 after just two years with him.

The star died in the year 2000 in Florida after suffering from heart failure.