The hashtags #DeleteFacebook and #BoycottZuckerberg are trending on Twitter as some Australians delete their profiles to protest the platform’s news ban.

Outraged users are sharing their final Facebook posts and asking friends to send their phone numbers before they delete the platform for good.

The hashtags #DeleteFacebook and #BoycottZuckerberg are trending on Twitter as some Australian’s delete their profiles to protest the platform’s news ban. Pictured: Megan Bridger-Darling said she was going to delete her Facebook account

Former Deputy Mayor of Maribyrnong, Victoria, Megan Bridger-Darling posted on Facebook that she was deleting her profile (pictured)

Former Deputy Mayor of Maribyrnong, Victoria, Megan Bridger-Darling, deleted her Facebook account on Thursday and told followers they could find her on ‘Twitter, email, phone, and occasionally in the news.’

‘I choose reliable news sources over a platform that benefits and enables anti-vaxxers, klan members, doxxers, fear-mongerers, and extremists to peddle their messages entirely unopposed.’ 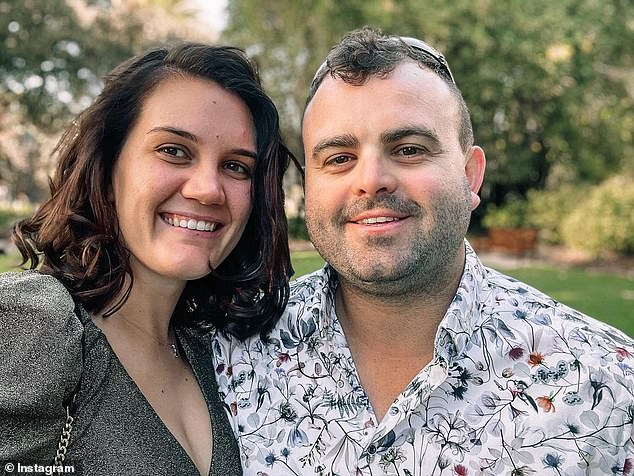 Outraged users are making their final Facebook posts and asking friends to send their phone numbers before the delete the platform for good. Pictured: Entrepreneur Jared Fitzclarence said he would not be buying Facebook ads until the platform paid for news

Western Australia entrepreneur Jared Fitzclarence announced he would no longer be paying Facebook for advertising until news content was fully restored on the platform.

‘I am making a commitment to immediately cease all paid advertising on any Facebook platform and to refrain from clicking on any paid advertisements,’ he wrote.

‘To all Australian entrepreneurs, I challenge you to do the same for your advertising budgets.’

‘Bushfire warnings, flood warnings and Covid-19 warnings all turned off by Facebook in Australia,’ he wrote.

‘Facebook has turned off all Australian publishers because they object to laws being passed by a democratic government. [It] is time to send Mark Zuckerberg a message #deletefacebook.’

‘I’ll be over at reddits r/Australia.’ 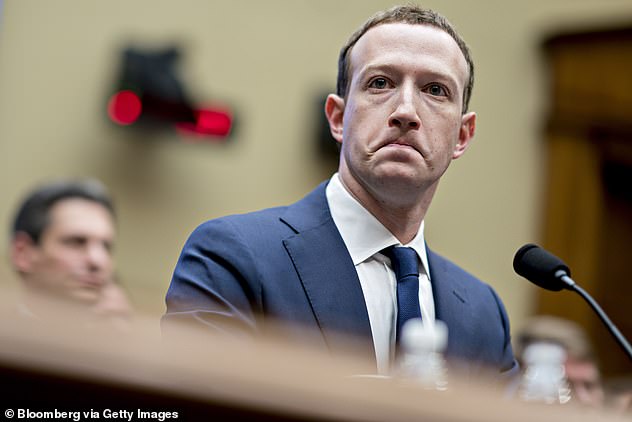 Facebook’s actions to unfriend Australia today, cutting off essential information services on health and emergency services, were as arrogant as they were disappointing. I am in regular contact with the leaders of other nations on these issues.

These actions will only confirm the concerns that an increasing number of countries are expressing about the behaviour of BigTech companies who think they are bigger than governments and that the rules should not apply to them. They may be changing the world, but that doesn’t mean they run it.

We will not be intimidated by BigTech seeking to pressure our Parliament as it votes on our important News Media Bargaining Code. Just as we weren’t intimidated when Amazon threatened to leave the country and when Australia drew other nations together to combat the publishing of terrorist content on social media platforms.

I encourage Facebook to constructively work with the Australian Government, as Google recently demonstrated in good faith.

Facebook is Australia’s most popular social media platform, being used by over 17.1million Aussies in a four week period in 2019, according to research by Roy Morgan.

‘Facebook’s actions to unfriend Australia today, cutting off essential information services on health and emergency services, were as arrogant as they were disappointing,’ Mr Morrison wrote.

‘We will not be intimidated by BigTech seeking to pressure our Parliament as it votes on our important News Media Bargaining Code.’

The proposed code has support from politicians across major Australian political parties.

‘Facebook has just confirmed it really is just FakeBook.’

Facebook said it made the choice to ban pages, including those providing mental health, domestic violence and emergency services support, ‘with a heavy heart.’

‘The proposed law fundamentally misunderstands the relationship between our platform and publishers who use it to share news content,’ the tech company wrote in a blog post.

‘It has left us facing a stark choice: attempt to comply with a law that ignores the realities of this relationship, or stop allowing news content on our services in Australia.’

CHANGES TO NEWS IN AUSTRALIA

Facebook has restricted publishers and social media users in Australia from sharing or viewing Australian and international news content.

What does this mean for Australian news organisations?

Facebook said they will continue to provide access to other standard services, including data tools and CrowdTangle

What does this mean for international news organisations?

Man, 47, 'repeatedly run over' and killed in Dagenham Iceland car park is pictured

No jab, no work on COVID front line for aged care staff