A father-of-two who waited 20 hours in A&E only to be told to see his GP ‘refused to leave’ the hospital without vital blood tests – which revealed he was suffering from terminal cancer.

Gareth Dixon, 40, a sign fitter from Warrington, was taken to hospital earlier this year after reportedly being unable to get a GP appointment at his practice, Fairfield Surgery in Manchester Road, for worsening symptoms of fatigue, thirst and aches and pains.

He kept trying to get in to see a doctor but was unable to get a face-to-face appointment, he says, adding he could only get through on the phone – by which point he claims he was just told to go for blood tests several days later.

During a 20-hour wait in Warrington Hospital’s A&E department, Gareth, who had been suffering from hip and rib cage pain, says he was seen by a doctor who reportedly told him to chase up an appointment with a GP.

According to Gareth his bloods were finally taken but he didn’t see another doctor until the following morning. It was then when a consultant broke the news that he was suffering from Plasma Cell Leukaemia, an aggressive form of cancer. 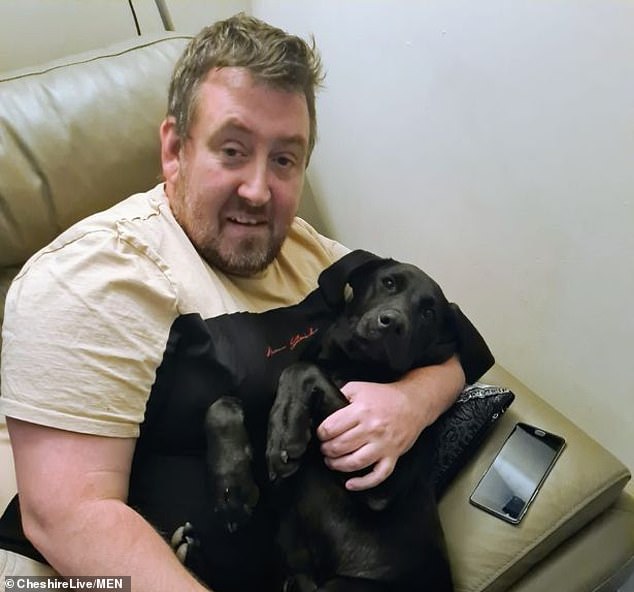 Father-of-two Gareth Dixon, 40, a sign fitter from Warrington, who waited 20 hours in Warrington Hospital’s A&E department, only to be told to see his GP, ‘refused to leave’ without vital blood tests – which revealed he was suffering from Plasma Cell Leukaemia

This type of leukaemia occurs in the plasma of the bone marrow. It is characterised by high levels of plasma cells flowing throughout the body and can be detected on a regular blood test.

Following Gareth’s long ordeal through the hospital’s emergency department he could not leave the hospital for another five days as an in-patient while a plan for his care was put in place.

Following the diagnosis he says the treatment and care he has received has been ‘amazing’.

He added: ‘I had gone in thinking I was either diabetic, as everyone in my family is, or that it was prostate cancer with the symptoms that I had. So I sort of had that mindset – but it was a shock for it to be leukaemia.

‘With prostate cancer if you catch it early enough you can make a full recovery, but with leukaemia there isn’t really a cure as such, we just have to try and keep it at bay.’

Starting on chemotherapy just days later, Gareth immediately started to feel tired and poorly, parking his job as a sign fitter while he underwent the intense treatment course.

As part of his treatment Gareth will undergo a stem cell transplant which doctors hope will put him into remission for a few months to allow him time with loved ones, including his wife Laura, and sons Lewis, 12, Dom, 19.

Laura says she was ‘heartbroken’ on hearing her husband’s diagnosis and still has ‘breakdowns’ every couple of days when the reality hits her that he is terminally ill.

‘I couldn’t stop crying when we found out. It was just heartbreaking,’ Laura said.

The treatment entails Gareth going into isolation for a month before receiving intense chemotherapy, to kill the cancer cells, before his stem cells are reintroduced into his body.

‘The last week or so I was ready for giving up. I felt that bad,’ he said. ‘The drugs I was on so they could harvest the stem cells made me feel really ill.

‘I feel a lot better in myself now. I still need to nap every day but I am feeling better. It was almost instant after I had the procedure done.’

Dr Paul Fitzsimmons, Executive Medical Director at Warrington and Halton Hospitals, said: ‘We are extremely sorry to learn of Mr Dixon’s diagnosis and do hope that he is keeping as well as possible under the circumstances.

‘Upon presentation to us on March 6, 2022, some 48 hours after he had been in contact with his GP, Mr Dixon spent a total of 20 hours in our Ambulatory Care Unit.

‘During this time we were able to carry out physical examination, a full range of tests and provide a definitive diagnosis, arrange referral to the consultant haematologist and an inpatient treatment plan for his condition.

‘We have not received any complaints from Mr Dixon but do urge him to contact our PALS team on whh.pals.nhs.net if he wishes to raise concerns about any element of his care.’ 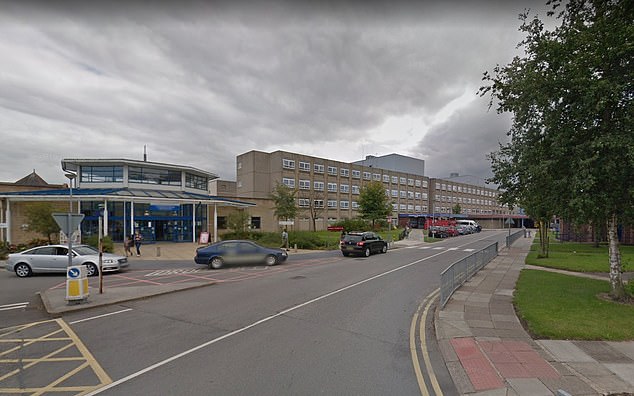 During a 20-hour wait in Warrington Hospital’s (pictured) A&E department, Gareth, who had been suffering from hip and rib cage pain, says he was seen by a doctor who reportedly told him to chase up an appointment with a GP

In response to Gareth’s claims that he struggled to get a GP appointment while suffering from a then-undiagnosed terminal illness, a spokesperson for NHS Cheshire and Merseyside said Warrington GP practices are facing ‘significant challenges’.

The spokesperson said: ‘We’re unable to comment on individual cases for patient confidentiality reasons. In line with the rest of the country, all Warrington GP practices continue to face significant challenges with increasing demand on their services.

‘Practices are working with partners across Cheshire and Merseyside to improve access to appointments.’

The father-of-two has written a bucket list which the family are trying to tick off in stages as Gareth goes through his treatment.

One of his biggest dreams is to visit Maine, USA, for the Stephen King tour and to try Maine lobster.

Laura added: ‘The list is something quite positive for us to do. If the treatment does work at all and puts him in remission it could be for six months to a year.

‘People with myeloma, which is different but similar, they normally get about two years [after diagnosis] but he is at the lower end of that so he may only have a year if it takes at all.’

Gareth’s family have set up a GoFundMe page to help Gareth achieve his bucket list dream, which also includes swimming with a great white shark, visiting Loch Ness and seeing the ‘dark skies’ at night.

The family is hoping to raise more than £5,000 to give Gareth and Laura the chance to make these memories as soon as his stem cell transplant is complete.

Kent revealed as region with 'most dangerous roads'