Family of nine Mormon women and children slain in roadside massacre launch first ever civil case against a Mexican drug cartel in the U.S. as they sue the Juárez mob

A Mexican drug cartel is being sued in a United States federal court in North Dakota for the massacre of nine women and children from an offshoot Mormon community in northern Mexico.

Family members filed the federal lawsuit this week, accusing the Juárez Cartel of carrying out the November 4, 2019 roadside attack in retribution for their public criticism and protests against the cartel.

Michael Elsner, an attorney for the family, said they are suing to show that the criminal organization was responsible and to seek damages.

Mexican prosecutors have identified more than 40 suspects in the attack. Authorities have arrested and indicted nine members of the Juárez cartel, according to the lawsuit.

It was not clear if representatives of the cartel would appear in court to defend against the lawsuit. 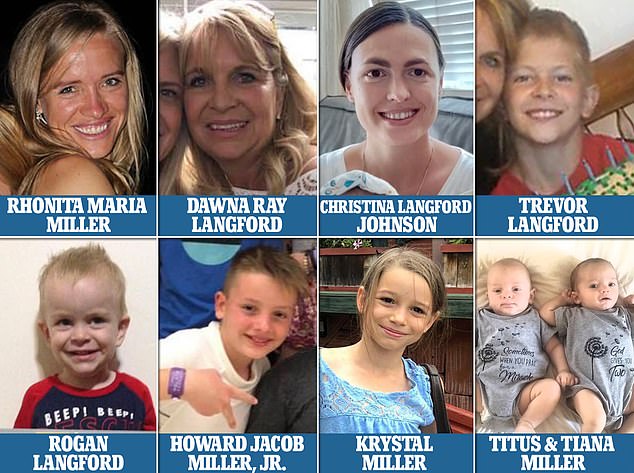 Pictured: The three mothers and six young children who were savagely murdered by Mexican gunmen linked to the Juárez Cartel on November 4, 2019. Their families filed a federal lawsuit in a North Dakota court, a lawyer for the family said Wednesday 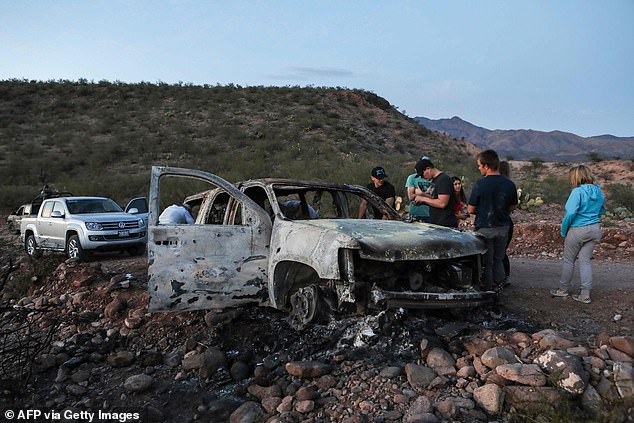 Members of the LeBarón family observe one of the vehicles where Maria Rhonita LeBarón and her children – her eight-month-old twins, Titus and Tiana; 10-year-old daughter Krystal; and 12-year-old son Howard – were traveling before they were shot and burned

Adrián LeBarón, whose daughter Maria Rhonita Miller was killed, said in a statement, ‘We will no longer be silent victims. We will leave no stone unturned in our pursuit of justice for the murder of my daughter and grandchildren.’

Preliminary reports indicated that the families were ambushed hours after a gang known as La Línea had been involved in a gun battle with another rival group.

The attackers intercept three vehicles driven by the three mothers and opened fired.

Miller and her children – her eight-month-old twins, Titus and Tiana; 10-year-old daughter Krystal; and 12-year-old son Howard – were burned and shot dead while they were inside their car.

The gunmen executed Christina Maria Langford, 29, who before dying saved her seven-month-old daughter, Faith, by placing her on the floor of her vehicle.

She reportedly jumped out of her vehicle in an attempt to get the gunmen to stop, but she was shot in the chest. 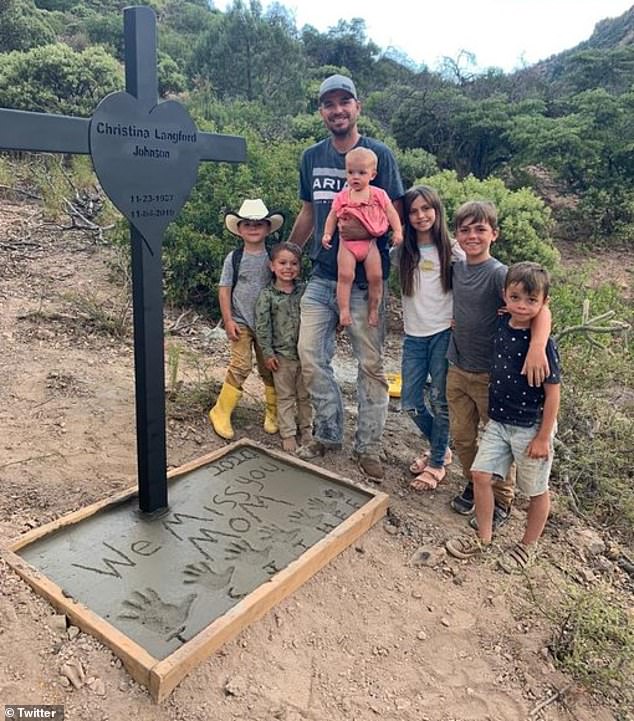 The gang also killed Dawna Langford, 43, and two children, 11-year-old Trevor and two-year-old Rogan, while eight other children inside the vehicle were able to hide until it was safe.

The surviving children, five of whom were injured, hid in nearby brush before walking nine miles back to their community to get help.

Elsner said the lawsuit is one of the first civil actions against a Mexican drug cartel in the United States and that he hopes it will help halt the flow of money to the cartel.

The family accuses the Juarez cartel of coordinating the attack as part of a decades-long effort to intimidate and coerce the local population and influence the Mexican government. They call it one of the most ruthless attacks to date. 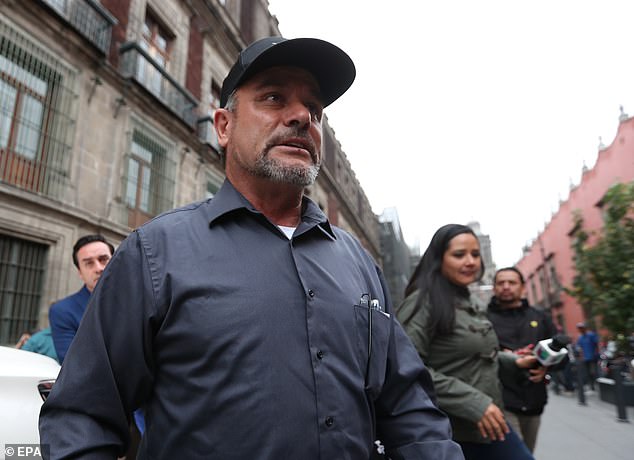 Adrián LeBarón is part of a lawsuit filed against the Juárez Cartel in a United States federal court in North Dakota, seeking monetary damages for seven claims, ranging from acts of international terrorism to inflicting emotional distress after his daughter and four grandchildren were among nine Mexican-American massacred in November 2019

The family members, including two widowers of women killed, are seeking monetary damages for seven claims, ranging from acts of international terrorism to inflicting emotional distress. The lawsuit also reveals grisly details of how the family members were killed and how survivors as young as 9 years walked miles, some with gunshot wounds, trying to find help.

The two men whose wives were killed, Howard Miller and Tyler Johnson, work in North Dakota, according to the lawsuit. Their lawyer said various family members live in the state and work in the oil industry, but travel back and forth to Mexico.