British soldier decorated for lobbing Taliban grenade out of ditch says comrades are ‘jealous and envious’ for claiming it was his OWN grenade as he auctions his medals for £120,000

Comrades of a soldier awarded a medal for picking up and hurling a Taliban grenade have questioned if he deserved it after he put it up for sale.

Deacon Cutterham, 37, earned the Conspicuous Gallantry Cross, one level down from the Victoria Cross, for saving the lives of his men in Afghanistan.

Then 28, he had five seconds to plunge his arm into murky ditchwater, retrieve the grenade and throw it to safety, according to reports at the time. Now he plans to sell his collection of seven medals, which is expected to fetch up to £120,000 at auction on Thursday.

But amid reports of the sale, some of the soldiers who served with Mr Cutterham in Helmand province have disputed what happened that day in 2011. Speaking on condition of anonymity, one of his former comrades told the BBC: ‘We believe a grenade was thrown, but it was his.’

Another soldier, who claimed to have carried out an equipment check when the patrol returned to base, said: ‘There was one grenade missing.’ The soldiers – some of whom are still serving – also questioned why, if the Taliban were close enough to throw a grenade, there was no further attack. 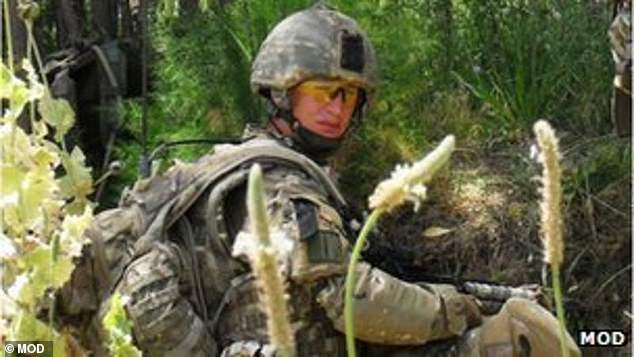 Explosive claim: Deacon Cutterham was awarded the Conspicuous Gallantry Cross after picking up and hurling a Taliban grenade, saving the lives of two of his men 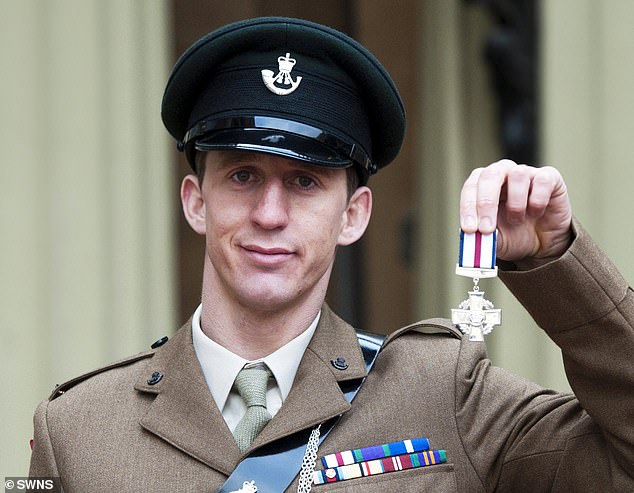 One said: ‘He [Mr Cutterham] says he saw someone running away. Nobody else did. Nor was a single shot fired on that patrol.’

But last night Mr Cutterham denied allegations he exaggerated his heroism to win a medal, saying his critics were jealous.

He said he had fought ‘tooth and nail’ for his country and had not lied about what happened.

‘I’m gutted some people feel that way. I can only hazard a guess they feel envious,’ he said. ‘Why have they not come forward, they’ve had nine years?

‘They just want the drama. The award system is rigorously tested. The citation was not written by me, it was written by the commanders.’

He said he was selling the medals so his mother could retire to Spain and that the incident ‘was the single most terrifying thing in my life’. When he saw the grenade ‘I just reacted, it was instinctive, and I indirectly saved the lives of two of my blokes and my own life’.

He told the BBC the incident, when he was a sergeant with 1st Battalion The Rifles and was leading a patrol in Nahr-e-Saraj district in Helmand province, had an enormous impact on his life. He has suffered post-traumatic stress disorder and mental health issues. 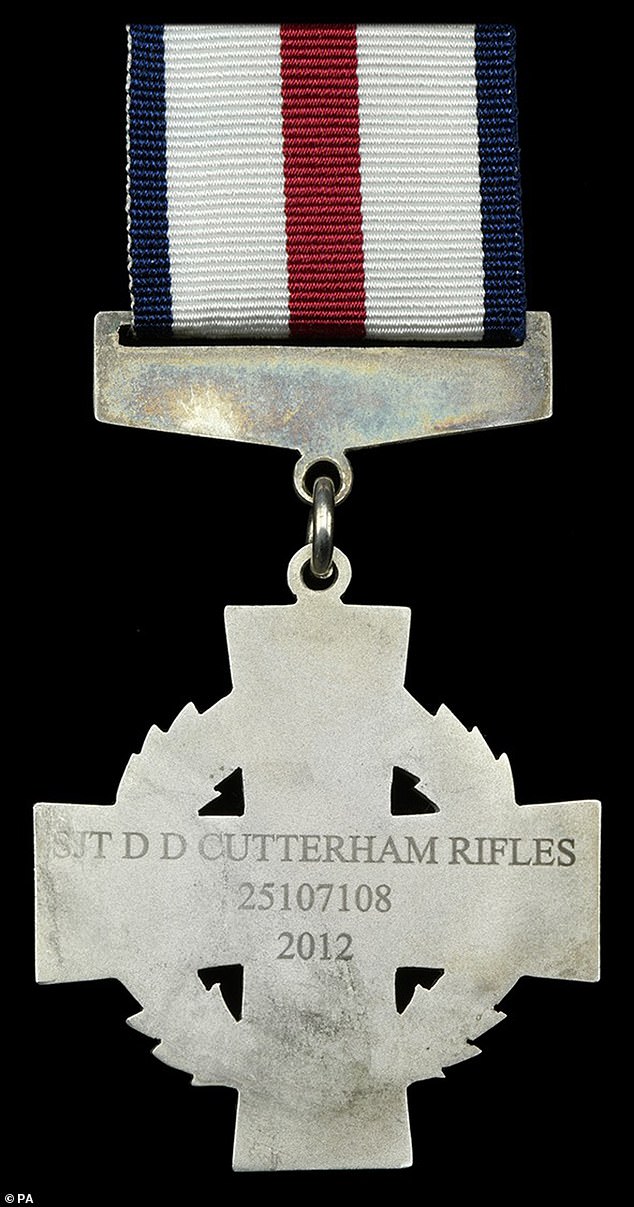 A friend of Mr Cutterham said there was no evidence to back up the criticisms, adding: ‘He is being quite badly treated for someone who has served 20 years.’ An Army source said they were ‘confident he deserved the medal’.

In 2012 Mr Cutterham described what happened: ‘Grenade came over the top. With that I shouted ‘grenade’ and then advanced on it, picked the grenade up and then posted it, and it literally went off as soon as I pulled my hand away – and prevented me and my lead scout from getting serious injuries or death.’

In another account, he told how he and his patrol were wading through an irrigation ditch knee-deep in water when the grenade came over a high wall and landed 7ft to 10ft in front of him. Mr Cutterham, from Bristol, who joined the Army at 16, said: ‘I heard the ‘ching’ of the fly-off lever coming off it. It all happened so fast but so slowly.

‘I just went into autopilot. I shouted ‘Get down, grenade’, ran forward, grabbed it first time and just let go of it. I can’t believe I didn’t lose my fingers because as soon as I let go of it, it exploded. I’m comfortable around grenades. It didn’t faze me, picking up a grenade.’

His name was put forward for a medal by senior officers. His citation read: ‘The action itself was utterly courageous, carried out with composure and clarity of thought. Cutterham’s gritty leadership and gallant act saved lives and inspired his men.’

Some of his comrades said they raised concerns at the time but were told they were doing so because they did not like him.

They are speaking out now because he is selling the CGC. One said: ‘I don’t believe he earned that medal and now he might make money from it.’

It was ‘abhorrent’ to hold the auction so close to Remembrance Day tomorrow, he said.

It is understood a drone was flying above the patrol – and a video feed showed no sign of enemy activity nearby.

The Ministry of Defence said: ‘Acts of courage that warrant an honour or award are rigorously scrutinised before being approved. If serving personnel have a grievance, there is a formal process for them to register their complaint.’

The Conspicuous Gallantry Cross is one of the highest awards given for gallantry and leadership.

It can be given posthumously in ‘recognition of an act or acts of conspicuous gallantry during active operations against the enemy’.

The medal is given to people serving in all ranks of the Royal Navy, Royal Marines, British Army, and Royal Air Force.

It is so difficult to get one only around 60 are thought to have been given out.

Mr Cutterham was awarded the medal for lobbing a Taliban bomb out of a ditch to save others’ lives. But he has been forced to deny it was actually his own grenade.

His colleagues came forward and alleged he did not deserve the award and claimed the ‘Taliban grenade’ was actually one of his own. 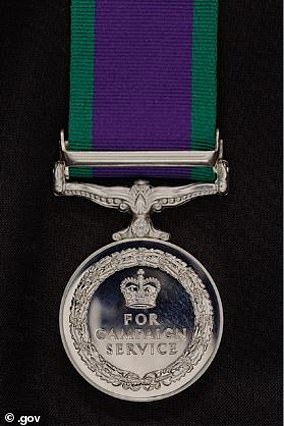 It was awarded until 2007, when it was replaced by the Operational Service Medal.

That in turn was replaced by the General Service Medal (2008).

The 1962 GSM was awarded to Cutterham for his service in Northern Ireland, hence why his medal includes a clasp inscribed ‘NORTHERN IRELAND’.

The medal was never awarded without a clasp. There were 14 in total. Other clasps include those given for service in the Cyprus Crisis of 1963-4; in Borneo; in South Vietnam and Lebanon. 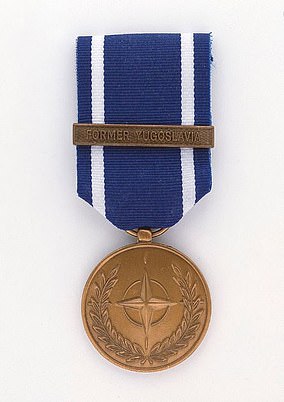 This medal is awarded to soldiers serving in the militaries of various different countries.

It was introduced to recognise those who had served on NATO missions.

NATO’s Article 5 provides that if a member country is the victim of an attack, every other member will consider this an armed attack against all members and will take appropriate action.

The treaty was first invoked after the 9/11 terrorist attacks in September 2001.

Mr Cutterham’s medal includes a ‘Non-Article 5’ clasp, meaning it was awarded for an operation where Article 5 was not invoked. 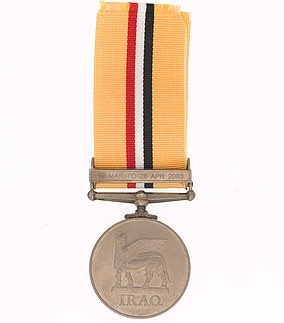 The Iraq Medal was issued to members of the British Armed Forces who served in Iraq between 2003 and 2011.

Mr Cutterham served as part of Operation TELIC – the name given for all of Britain’s operations in Iraq until forces’ withdrawal in 2011.

He served in Iraq before going on to serve in Afghanistan.

The Operational Service Medal (OSM) is the name given to a group of campaign medals awarded by the British armed forced.

Mr Cutterham was awarded his OSM for his service in Afghanistan. 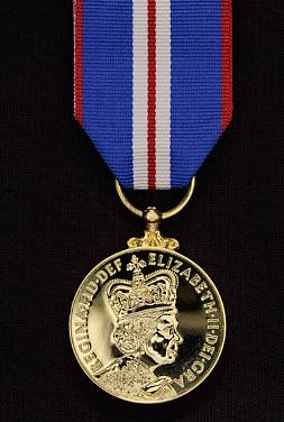 This medal – which bears the full name of The Queen Elizabeth II Diamond Jubilee Medal – is a commemorative award which was created in 2012 to mark the monarch’s sixtieth anniversary of her accession to the throne.

There are three versions: one is issued by the UK, the other by Canada and the third for Caribbean realms of Antigua and Barbuda, the Bahamas, Barbados, Grenada, Jamaica, Saint Kitts and Nevis, Saint Lucia, and Saint Vincent and the Grenadines.

The Accumulated Campaign Service Medal is awarded to members of the armed forced to recognise long campaign service.

The medal is awarded to members who have completed at least 1,080 days of service in regions which would have merited a General Service Medal, such as in Northern Ireland or Iraq.

In Mr Cutterham’s case, the medal was awarded for service in Afghanistan. 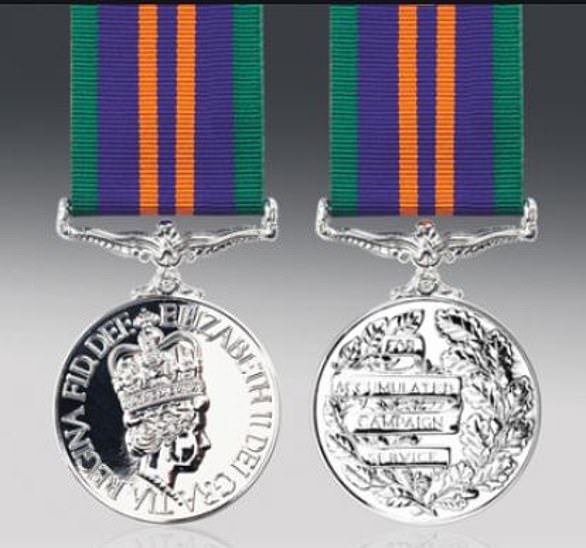 Man, 21, stabbed to death outside McDonald's 'over drink spilled in bar'

UK's 2metre rule must be ditched to save the economy, ex-Chancellor Lord Lamont warns