In their rush to net zero, ministers have made some truly perverse decisions.

Among the most baffling is paying the owners of the Drax power station in Yorkshire nearly £1billion a year to convert from burning coal to wood pellets.

In the Alice in Wonderland world of green policy, these pellets are described as carbon neutral. However, environmentalists furiously dispute this classification. And it’s easy to see why.

Huge areas of woodland, which would naturally absorb carbon dioxide from the atmosphere, are being felled to satisfy surging demand. Drax alone burns the equivalent of 25million trees a year. 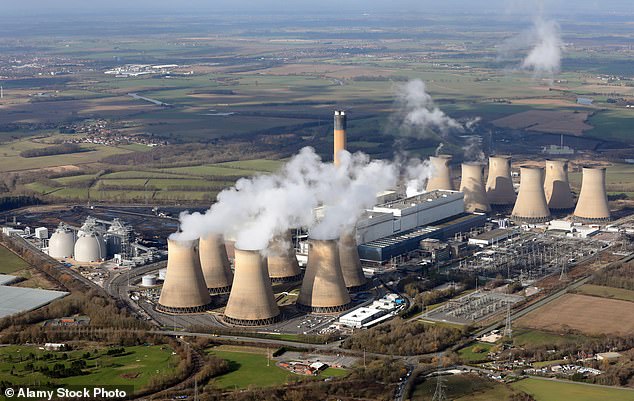 Most are taken from US forests, then shipped up to 4,500 miles to Britain on gas-guzzling freight ships. And when the pellets are processed and burned, experts say they release as much CO2 as coal.

Yet despite its colossal carbon footprint, this muddle-headed scheme is funded by consumers through a surcharge on their energy bills.

Such pointless ‘greenwashing’ shows why Liz Truss is right to declare a moratorium on the environmental levies which comprise up to 25 per cent of household fuel bills.

It’s time for a full reappraisal of all these charges, to ensure they genuinely achieve their aims. At a time of soaring bills, families must not be penalised by spurious taxes that have no practical effect except to make ministers feel more virtuous.

The public should not have to pay for their empty posturing.

Who can fix the NHS?

Despite the recent national insurance hike providing an extra £12billion to the NHS and social care, waiting lists are still spiralling upwards.

The latest number for those requiring routine treatment is a staggering 6.7million.

Hospitals are creaking at the seams. In July alone, nearly 30,000 patients waited more than 12 hours in A&E before being treated, 33 per cent up on the previous month and the highest on record.

Ambulance response times are rising, with emergency departments overcrowded. And the Society for Acute Medicine warns of even more ‘grave’ consequences as we move into winter.

Of course, the pandemic created a huge backlog but with the NHS receiving eye-watering sums to clear it, taxpayers are entitled to ask where that money has gone.

Why, for example, are NHS managers still recruiting diversity and inclusion managers in defiance of a Government crackdown?

Before shovelling ever more cash into a seemingly bottomless black hole, the new PM must have the courage to demand radical reform.

When Covid struck, the vaccine miracle was achieved by a public/private partnership that circumvented the foot-dragging bureaucrats to get the job done.

Shouldn’t that be the template for a revolution in the NHS?

Your gift of a smile

Just a few months ago they fled the horrors of war. Now, because of your incredible generosity, thousands of Ukrainian children are enjoying a carefree summer in activity camps around Britain.

The astonishing £11million readers donated to our Mail Force Ukraine appeal was initially channelled to aid agencies and charities on the ground.

But recognising that refugee children were in desperate need of rest and relaxation, £1million of your money was set aside for the summer camps scheme.

So thanks to you, for a short while at least, they can put their troubles behind them. The smiles on their faces are your rich reward.

Emirates Airline announces it will cancel all commercial flights

All the Dates You Need to Know For the 2020 Primaries, No Matter Where You Live