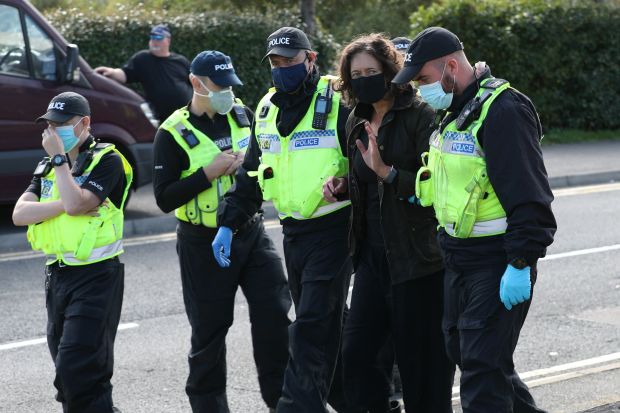 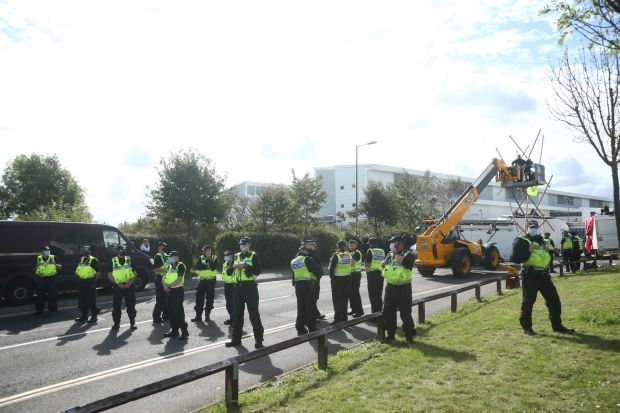 The protesters disrupted the supply of millions of newspapers, blockading the roads and stopping copies being delivered.

Cops have been accused of not doing enough to stop the attack after it emerged XR's plan may have reported nine months ago.

There are also claims that only six officers were sent to the Broxbourne plant after the first alarm was raised.

Hertfordshire Constabulary said in a statement: "The rights to protest are well established in this country and we remain committed to facilitating peaceful protest and ensuring compliance with the law."

Former Home Secretary David Blunkett said cops were "mixing up historic debate about [union] picketing with protests relating to political issues, which can be dealt with through the normal democratic process".

While the former head of the Metropolitan Police's Counter Terrorism Command Richard Walton said the protesters should be treated as organisers of "planned criminality".

"Their reticence to do so undermines our democracy and strengthens extremist groups like XR."

Labour MP Ian Austin told the Telegraph that "police should uphold the law, enable people to go to work and read the papers they choose".

XR spokesman Donnachadh McCarthy claimed only six cops turned up to the protest at around 10.15pm. A Hertfordshire Police spokesman refused to confirm how many officers attended the scene, the Mail Online reported.

About 100 protesters laid siege to the two major printing plants to "send a message about global warning".

It left three million readers without their morning paper yesterday – on a day they would have read Sir David Attenborough writing about climate change in The Sun. 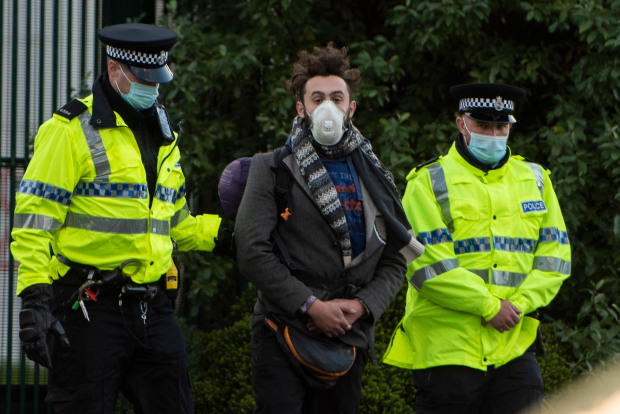