China unleashed an astonishing attack on Britain yesterday, claiming there was ‘no genuine democracy’ in Hong Kong under UK rule.

In a statement issued just hours after new elections in Hong Kong – which were condemned as a ‘sham’ by critics – Beijing said calls for democratic reform were repeatedly rejected under British rule, and the UK had restricted freedom of speech while racially discriminating against Chinese residents.

Hong Kong’s last British governor, Lord Patten, dismissed the claims as ‘mendacious’ and said China was conducting a ‘comprehensive and vengeful’ destruction of freedoms in the former British colony. 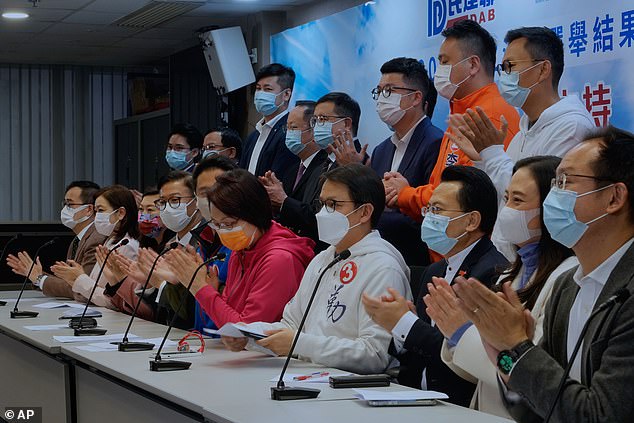 Last year, ahead of the 23rd anniversary of the city’s handover to China from British rule, Beijing introduced a draconian national security law aimed at cracking down on dissent and pushing Chinese values.

As a result, pro-Beijing candidates won a landslide victory in local elections this weekend, after a ‘patriotic’ vetting process effectively eliminated most pro-democracy activists and other opposition figures from running.

Others have already been jailed, disqualified or fled overseas since China introduced the security law.

Foreign Secretary Liz Truss joined other countries to express ‘grave concern’ over the result, which came after a record low turnout of 30 per cent.

Beijing blamed Covid and ‘anti-China elements’ for the dramatic decline in turnout. Some activists had called for a boycott of the vote and the largest pro-democracy group, the Democratic Party, fielded no candidates for the first time since 1997.

Only one of the 90 seats in the Legislative Council, the city’s de facto parliament, was won by a self-proclaimed ‘opposition-leaning’ candidate.

State mouthpiece The Global Times reported the white paper as saying there was ‘no genuine democracy’ under British rule and that the colonial government had ‘maintained a repressive rule in Hong Kong, tightly controlling the Press and restricting freedom of speech’. 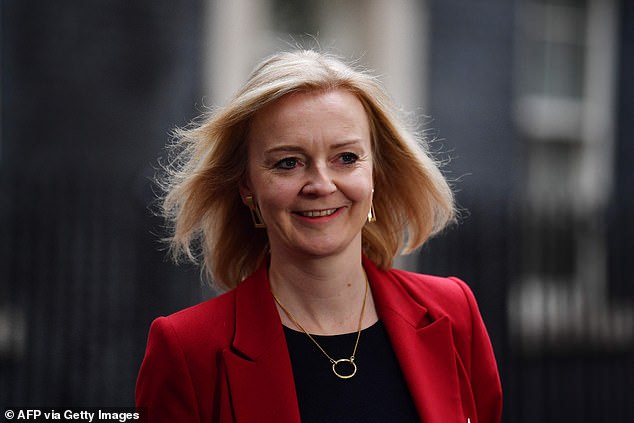 Foreign Secretary Liz Truss (pictured earlier this year) joined other countries to express ‘grave concern’ over the result, which came after a record low turnout of 30 per cent

Lord Patten, the governor of Hong Kong for five years until its handover, said: ‘Every effort we made to introduce democracy was resisted by China at every step.

‘But we were developing democratic systems in Hong Kong. About half the legislature was elected. We know that China is mendacious, we know that they break their word.

‘They have been comprehensively and vengefully going about the destruction of freedom in Hong Kong, including the rule of law and freedom of speech.

‘I fear for the future of Hong Kong, and for Hong Kongers.’

Lord Patten said Sunday’s elections were ‘shamefully fraudulent’ and that the successful candidates had been selected by Beijing, not elected by voters.

More than 300,000 people in Hong Kong hold British National (Overseas) passports, granted to those permanent residents who were classed as British Dependent Territories citizens before the 1997 handover to China. About 89,000 have applied to come and live and work in the UK under a new scheme set up last year.

When did New York elect its teachers-union boss supreme leader?

Frankie Dettori relives the horrifying episode of his plane crash