A CHILLING mass grave feared to contain tens of thousands of Nazi execution victims has been found in Russia.

Experts believe there may be up to 20,000 bodies – including those of children – scattered in multiple burial sites around the village of Borki in Pskov region. 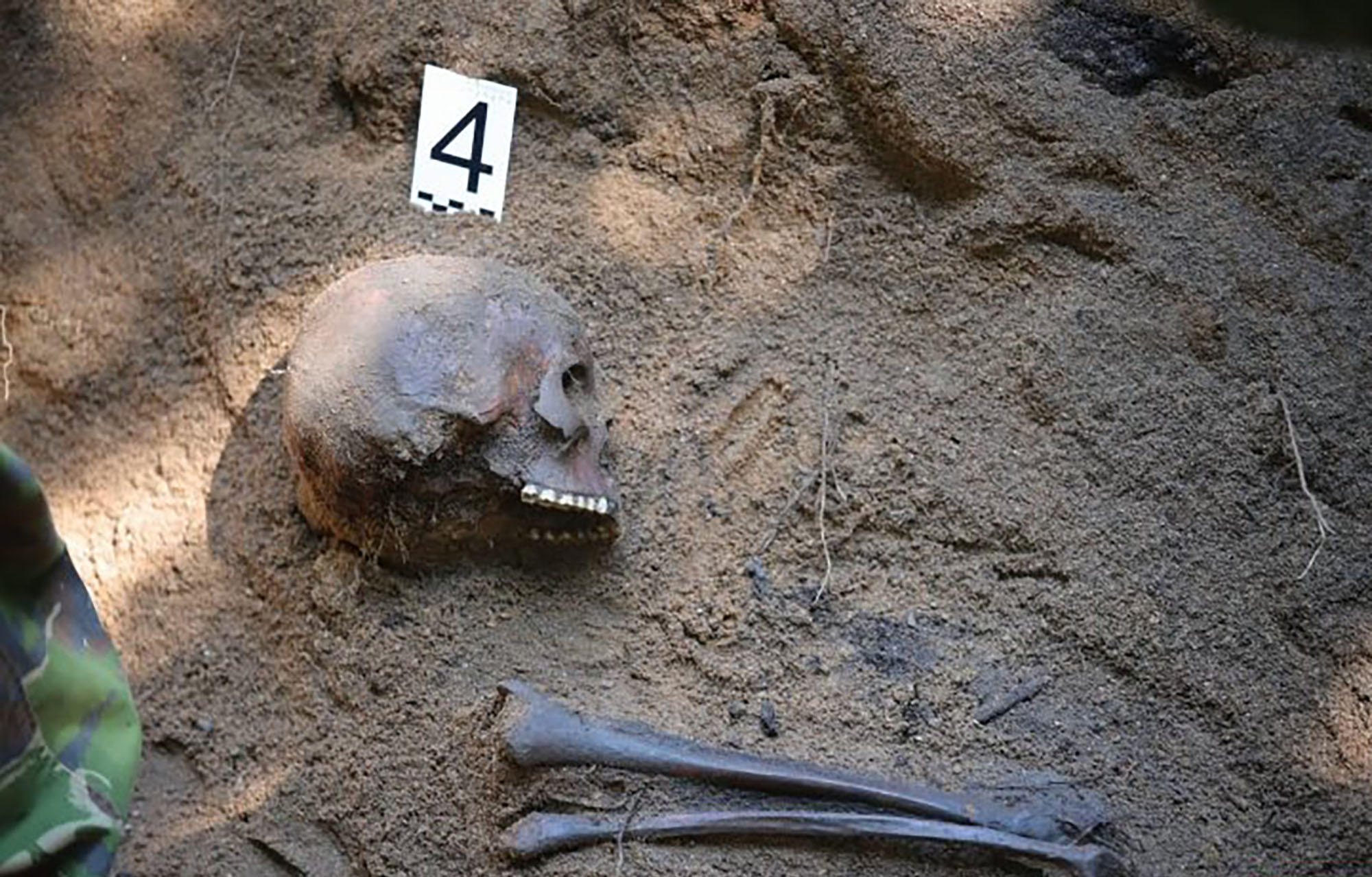 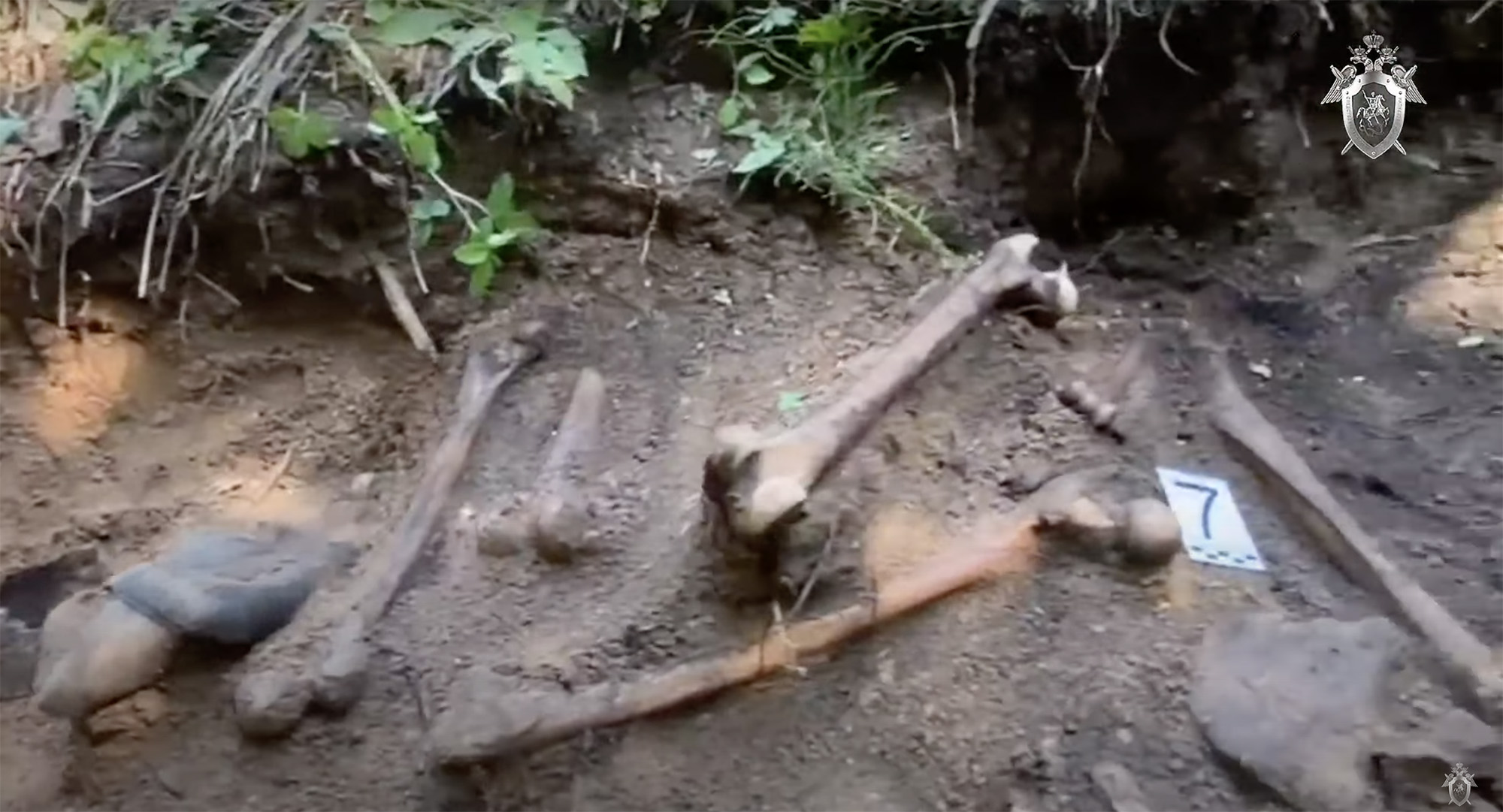 The remains of dozens of victims with multiple gunshot wounds were found in the first exhumation but many more are now expected to be discovered, say reports.

The dig was ordered after local teacher and ethnographer Olga Petrova started researching World War Two genocide in the area.

She said: "There are memories of Raisa Gorokhova, who was a child at that time.

“In one of several covered trucks [which took people to be shot], she made out the face of a teacher Maria Voitsekhovskaya. She had a son, aged three.

“And she shouted: ‘Good people, they are taking us for execution in Borki.  Help us’.”

Women, children and the elderly were brought in trucks to be executed, say historic reports.

The finds have led to a formal criminal case for genocide being opened by the Russian Investigative Committee.

A video from Vesti Pskov shows the committee’s officers digging up the human remains.

Igor Neofitov, head of the Pamyat ('Memory') search unit, said: “The depth of the burial is not yet known…but it is clear that people were shot here multiple times.

“There are both summer and winter shoes of the murdered, including children.”

He added: “While the search operations are underway, we still do not quite understand the scale of the disaster.

“The first location has already been found, and it is clear that the work here may last months not weeks.”

German forces occupied the region in 1941 and it's estimated up to 20,000 civilians were slaughtered

A number of possible locations of other mass graves are now being investigated.

Classified documents will be made available to investigators but the evidence suggests victims were moved here from both Pskov and Smolensk regions.

Elena Tsunaeva, of the Russian Search Movement, said: "After the end of the war, an investigation was carried out. But not everyone was punished then.

"Nevertheless, now declassified archive documents and search results will help restore a full list of people who became victims of genocide during the war years.”

The Soviet Union lost around 27m people during WWII, including 8.7m military personnel and 19m civilians.

A quarter of the people in the Soviet Union were wounded or killed. 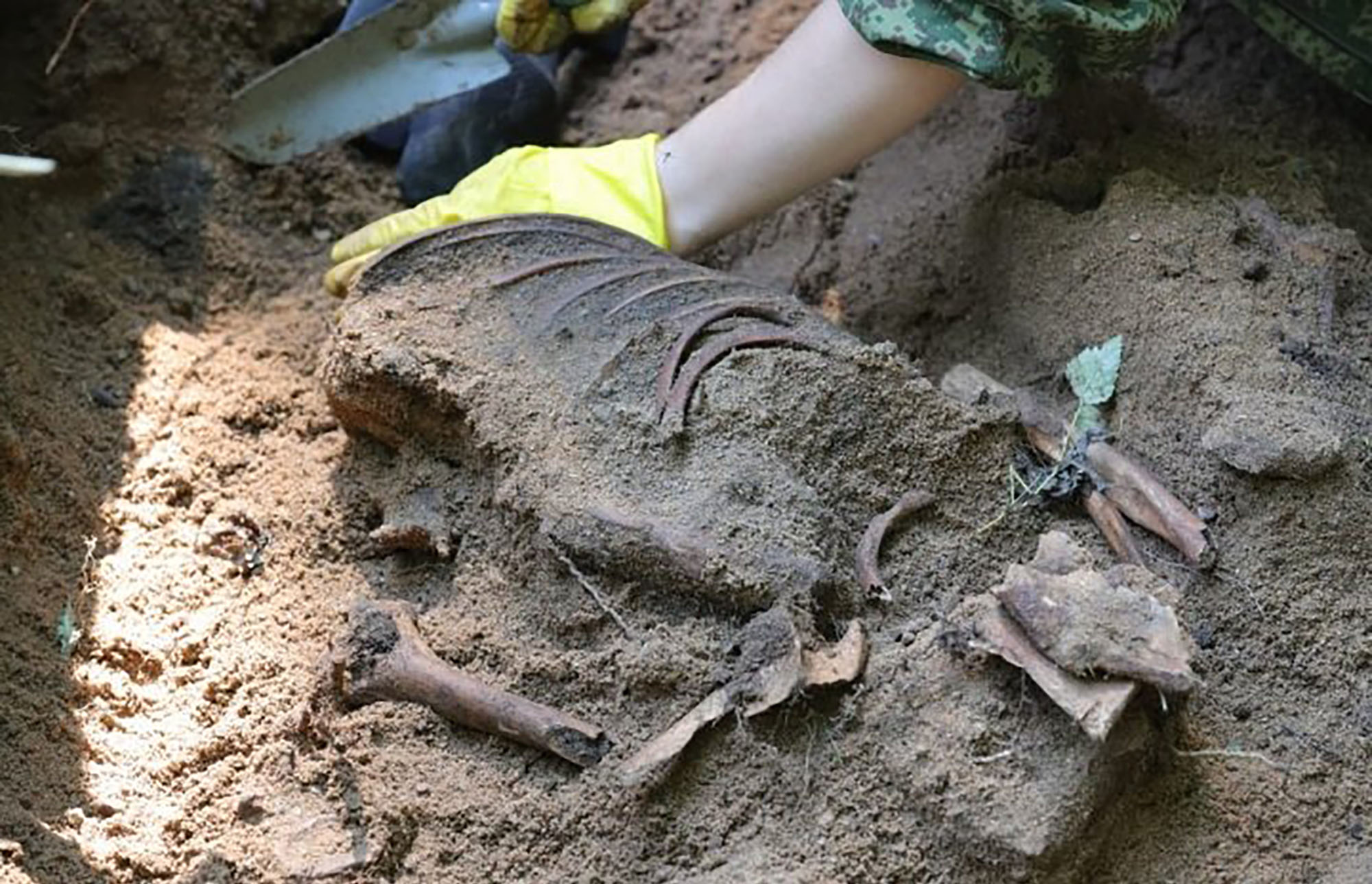 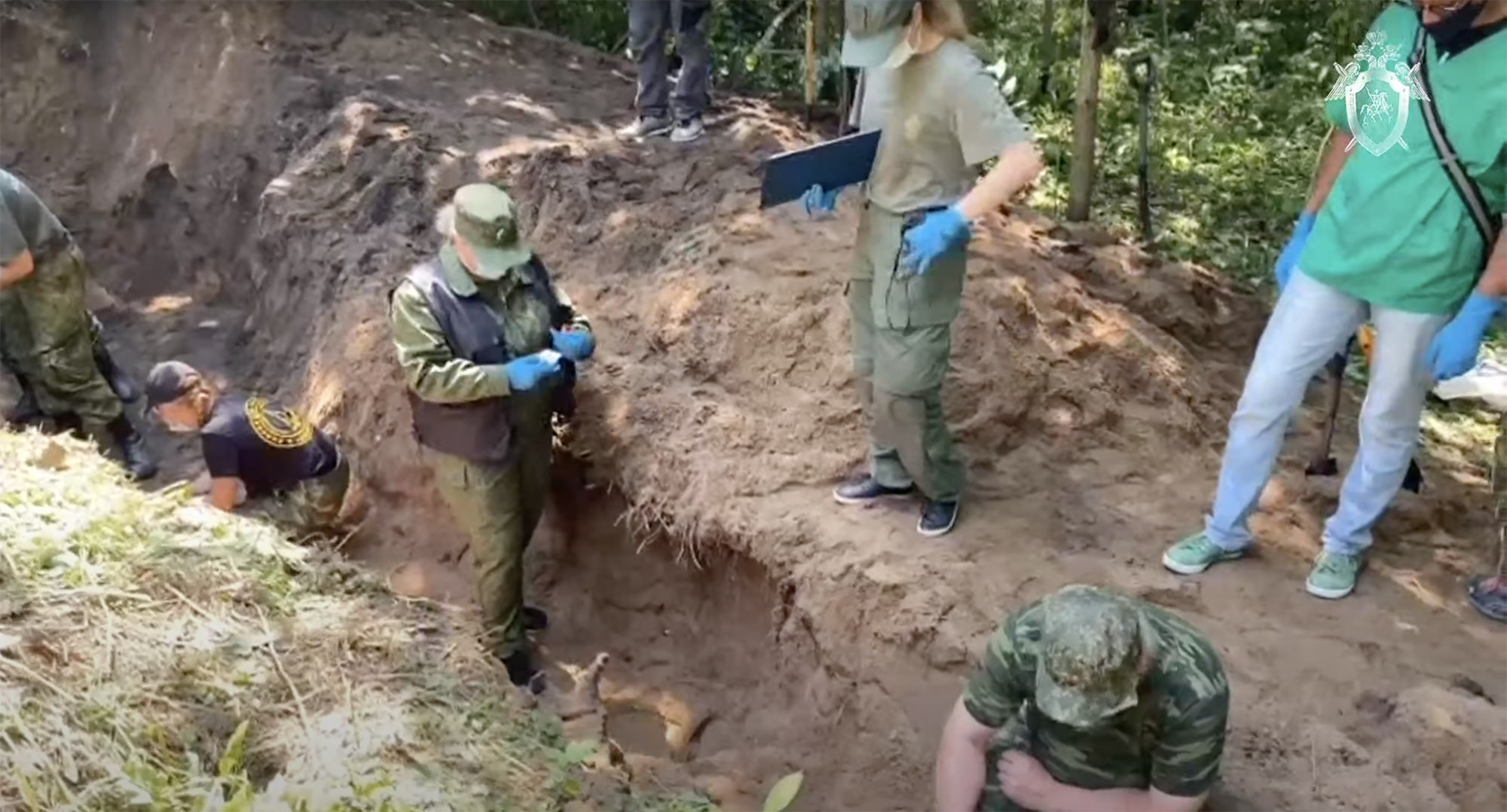 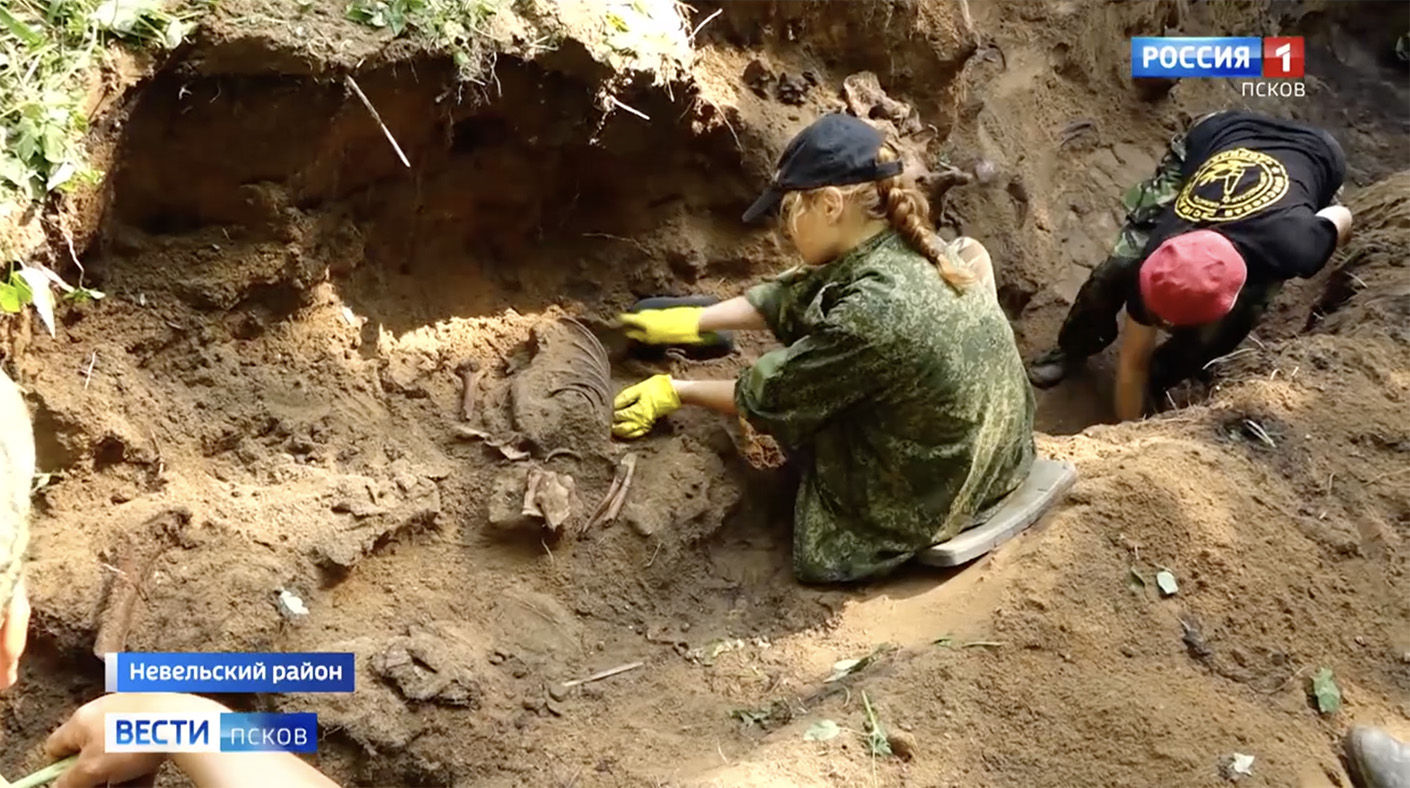 'Like being hit by a truck': surfer, 29, mauled by a great white shark