Ottawa: Canada said it was “very concerned” by Kyrgyzstan’s move to impose external management on Centerra Gold’s Kumtor Gold Company and warned it could have far-reaching consequences on foreign investment in the country.

Centerra said on Sunday (Ottawa-time) it had initiated binding arbitration against the Kyrgyzstan government, after the central Asian government’s Parliament passed a law allowing the state to temporarily take over the company’s Kumtor gold mine, the country’s biggest industrial enterprise. 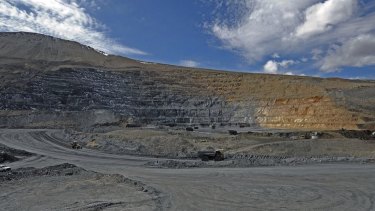 The Kumtor gold mine in Kyrgyzstan.Credit:RFERL/Supplied

The Kyrgyzstan law allows the government to take control of the company for three months if, as RFERL reports, the company “damages or endangers the local environment or lives of people, or causes any other significant damage”.

US government backed RFERL reported that Kumtor Gold Company is the largest taxpayer in Kyrgyzstan.