Home » World News » Boy, 15, charged with attempted murder after lad shot in the face on the way to school in Kesgrave

A 15-YEAR old boy has been charged with attempted murder after a schoolboy was shot in the face in Kesgrave, Ipswich, yesterday.

The victim, also 15, was airlifted to hospital after being shot with a long-barrelled gun as he walked to school in Kesgrave.

Paramedics spent 90 minutes battling to save the teenage victim at the scene, before flying him to hospital.

The schoolboy remains in a critical condition and is receiving urgent medical care at Addenbrooke’s Hospital, Cambridge.

Officers were called to the scene just after 8:40am yesterday morning to reports of a shooting.

Witnesses reported seeing the suspect get into a car following the attack, which drove off out of the road.

The vehicle was seized at the time of arrest and the weapon was recovered from inside.

The 15-year-old attacker, who can't be named for legal reasons, was charged with attempted murder, possession of a firearm with intent to endanger life, and with the intent to cause fear of injury.

According to witnesses, the teen victim and his attacker used to be friends – but had fallen out.

Suffolk Constabulary said: "At 10.55am yesterday, officers arrested a teenage boy in connection with the incident and he was taken to Martlesham Police Investigation Centre for questioning.

"A car was seized at the time of the arrest, from which a long-barrelled firearm was recovered.

"The 15-year-old boy has been remanded in custody and will appear via video link before Norwich Magistrates’ Court tomorrow, Wednesday 9th September. 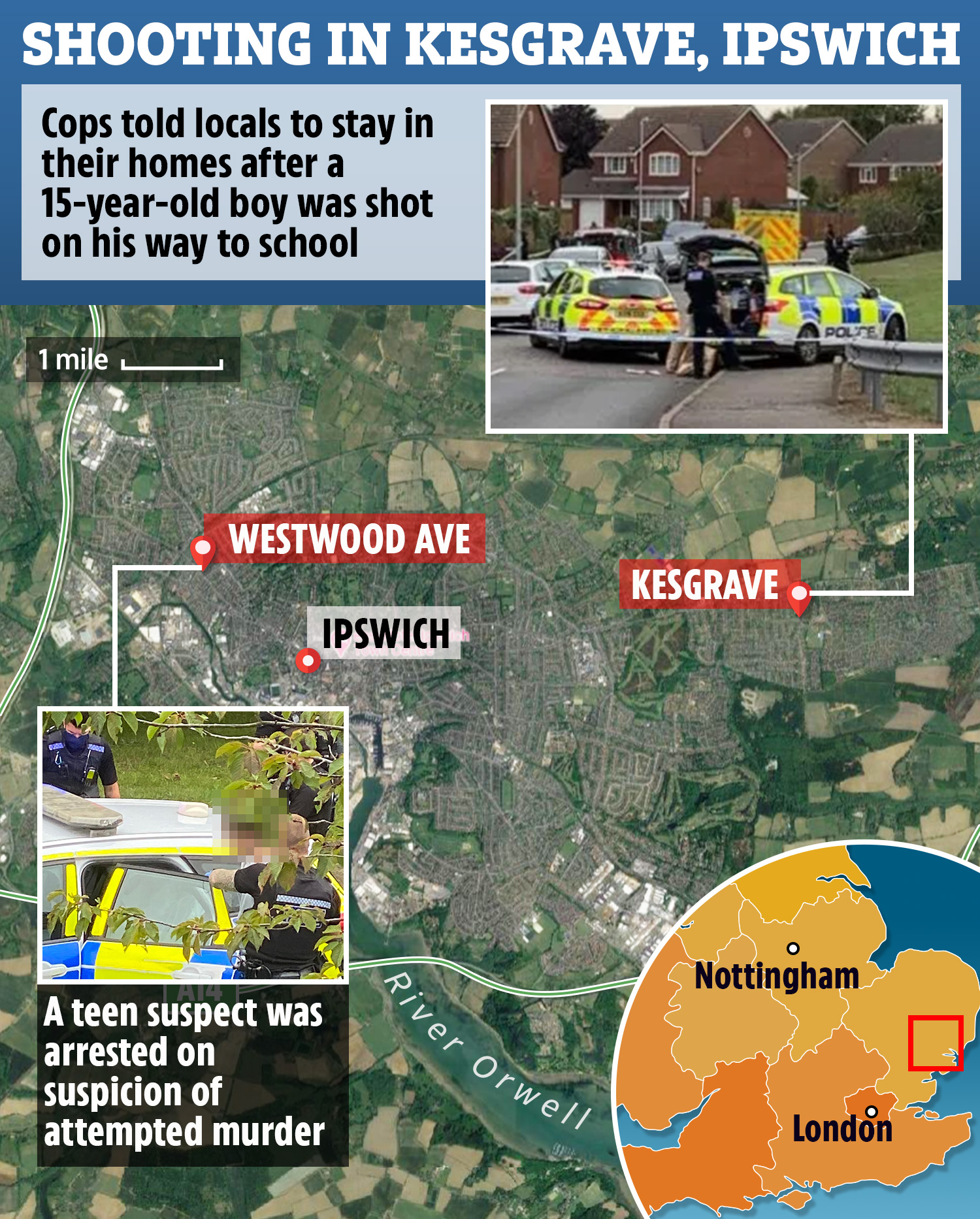 "Friends Walk was reopened earlier today following the completion of police searches in the area.

"Police patrols in the Kesgrave area will continue over the coming days.

"They will continue to engage with school children, teachers, parents and local residents to provide reassurance, listen to any concerns and to reiterate the fact it is an isolated incident."

Friends described the victim, a pupil at Kesgrave High School, as a "lovely lad" and a "normal kid" who enjoyed music and being a Scout.

A friend of the victim's family said: "He’s literally a completely normal kid, straight-edged and genuine.

"It’s just so random to me. When I heard about it I thought it might be a random drive-by like in America." 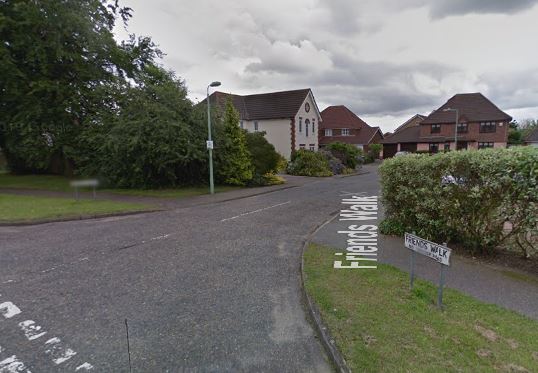 For the latest news on this story keep checking back at Sun Online.

Thesun.co.uk is your go to destination for the best celebrity news, football news, real-life stories, jaw-dropping pictures and must-see video.