POLICE have launched a murder inquiry after a 14-year-old boy was stabbed to death.

Justin McLaughlin was found with fatal injuries at High Street train station in Glasgow, Scotland, around 3.45pm on Saturday. 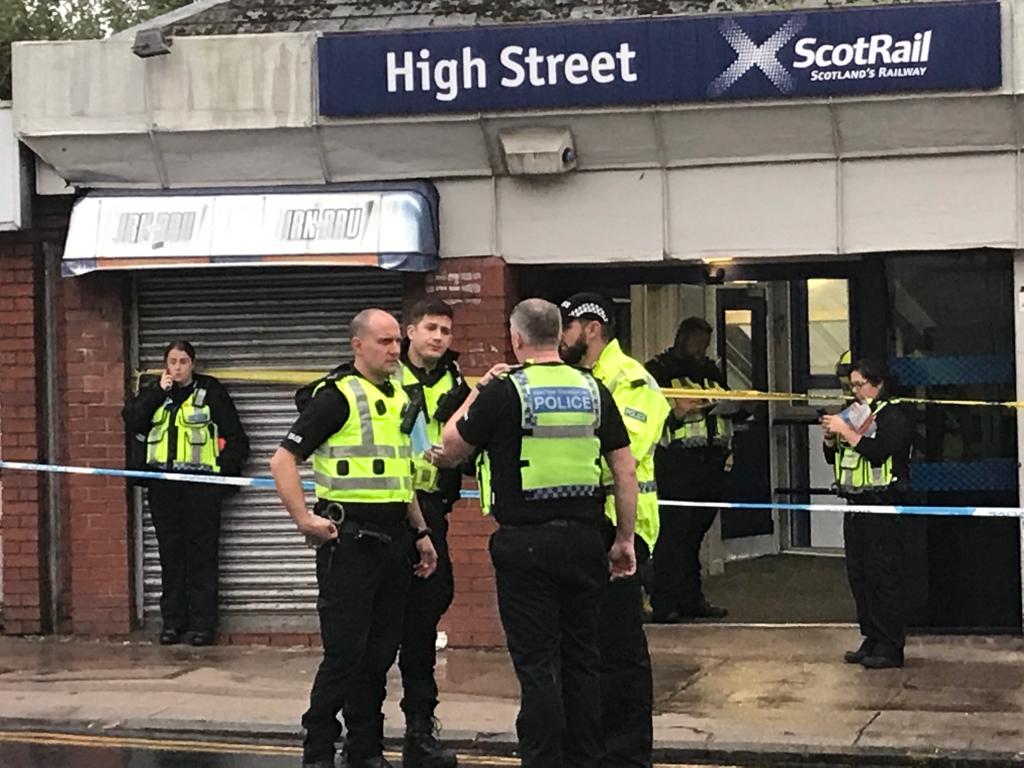 The schoolboy was rushed to Queen Elizabeth University Hospital, but was pronounced dead a short time later.

Detectives described Justin's killing as a "shocking act of violence".

An investigation is underway into Justin's brutal killing as police appealed to members of the public to assist with their enquiries.

"His family have asked for their privacy to be respected at this very difficult time, and they are being supported by specialist officers.

“Although enquiries are at an early stage, what we do know is that an incident took place at High Street train station and we are sure that there will be people who may have witnessed something in the lead up to this.

“The area would have been busy with members of the public and commuters and we are urging those who have any information, no matter how small, to get in contact with police.”

Detective Inspector Marc Francey, of British Transport Police, said: “This was a shocking act of violence in broad daylight, which has seen a boy tragically lose his life.

This was a shocking act of violence in broad daylight

“We are working closely with Police Scotland and doing all we can to find those responsible, and I would urge any witnesses, or anyone who was in the area at the time and saw anything suspicious, to contact us as soon as possible.

"We will also be increasing our uniformed patrols in the local area in the coming days to help reassure the travelling public."

Grieving pals and relatives have left scores of poignant tributes to the tragic teen on social media.

A devastated family member said: “Fly high Justin Mclaughlin. Miss you so much.

“The world is so evil and it’s so sad what’s happened to you. You were too young to die, you still had a life ahead of you and plans.

“We are all going to miss you so much, there’s not going to be a single day that we will forget about you."

One friend described him as “the most precious gentle giant” and added: “Heaven has gained a good one, that’s for sure.”

Emergency services had raced to the scene of the stabbing yesterday.

Rail services were suspended and the road outside the station shut as forensics teams combed for clues following the alert on Saturday afternoon.

Sharron Davies hits out at decision to allow Hubbard to compete

Apple and Google coronavirus contact tracing apps ‘could have significant risks to privacy and civil rights’, ACLU warns – The Sun