THREE men and a 13-year-old boy have today been charged with assault after a cop was allegedly attacked in the street.

The officer was outnumbered as he was punched on the ground -as bystanders watched and laughed in Hackney, East London. 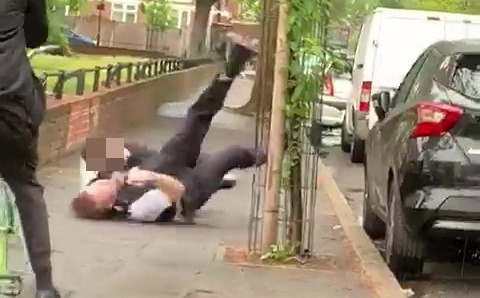 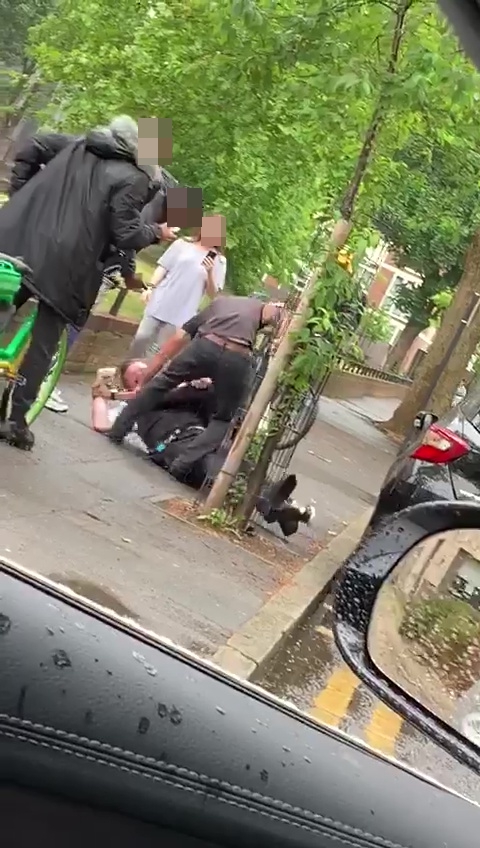 Hackney Police today confirmed three men and a 13-year-old boy had been charged after footage of the attack went viral.

They will face court today.

They said: "It’s pleasing to report that following an investigation into Tuesday’s incident in Frampton Park Road, three men and a 13 yr old boy have been charged with assaulting emergency workers.

"They will attend court today. Thank you so much for your messages of support."

The footage was widely condemned by Home Secretary Priti Patel along with London Mayor Sadiq Khan and police authorities.

And Ken Marsh, the chairman of the Metropolitan Police Federation, which represents 30,000 London officers said: "We are not society's punchbags. We have families we want to go home to at the end of every shift. But the dangers are stark, and seemingly escalating."

The police officer's had been called over by a member of the public claiming they had been assaulted, before the suspect "resisted".

In the clip, filmed by a passerby, the officer appearing to restrain the man falls to the pavement with him.

The man puts a hand over the policeman's mouth, as the rest of the group is filmed running over yelling and starting to kick the cop.

Home Secretary Priti Patel spoke out to slam the attack, saying it was "disgusting".

She tweeted : "Sickening, shocking & disgraceful. My thoughts are with the outstanding Met Police UK officers who were subject to this disgusting violent attack."

And Mayor of London, Sadiq Khan, added that he "utterly condemned" the disgraceful attack.