Home » World News » ‘Australia lied to us’: Anger and sorrow in Cherbourg, port at eye of the storm

Cherbourg: If Australia did – as Paris claims – stab France in the back by axing a $90 billion defence contract, nowhere is the pain felt more acutely than in Cherbourg.

The coastal city is home to the enormous shipyards where Australia’s new fleet of 12 submarines were being designed, and work was well underway before Prime Minister Scott Morrison last week killed what locals called “the contract of the century”. 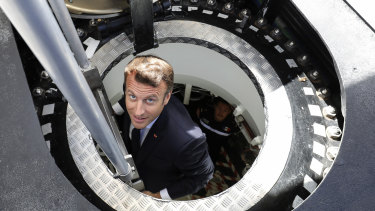 The future of the 650 French working on the project for the state-owned Naval Group is now in doubt, as is dozens of jobs in subcontracted private firms, making the Morrison government public enemy number one in this proud industrial city of 80,000.

“Australia lied to us and now we have to pay for that,” said Sophie Laurent, a cafe worker. “We will not forget this.”

The Sydney Morning Herald and The Age can reveal the Australian embassy in Paris has received death threats in the wake of the rift. The Department of Foreign Affair and Trade has been contacted for comment.

Arrivé Benoît, the socialist mayor of Cherbourg, told a local meeting that his city would look after the dozens of Australians who moved there to work on the project with French counterparts.

“They’ve been building a life for a few months or for some, a few years,” he said. “They like our country, appreciate our way of life. And I tell them very solemnly that they are still and more than ever our guests.”

But the mayor could not hide his disdain at Canberra and was also critical of the French government for not seeing the decision coming. “We have forged links with Australia for five years – economic links of course, but also cultural and simply human. The French and Australians who have learned to know and appreciate each other during these five years are stunned by what has just happened.”

Benoît travelled to Paris on the day of the announcement to meet with Australia’s ambassador to France Gillian Bird. The pair posed stony faced for a photograph and both tweeted that they hoped the relationship between both countries could continue.

The exact number of Australians living in Cherbourg is not known, but estimates range from 40 to 80, working either for the Australian government or for Naval. The Australian Defence Department says 33 of its Australian staff are posted in Cherbourg.

The local primary, Ecole Gilbert-Zola, had officially become a bilingual school this month, at the start of the school year, anticipating a surge in expat enrolments over the next decade, according to Le Monde. Twelve Australia children are enrolled there now.

“They are learning French, and ours are learning English,” a mother of a student told the French newspaper. “And tomorrow ?”

Publicly, the Australian government has gone out of its way to say the decision to abandon the contract had nothing to do with the French or the performance of Naval Group. Privately, senior ministers have long complained about alleged delays and likely cost overruns, and tension has been present since France won the work back in 2016. 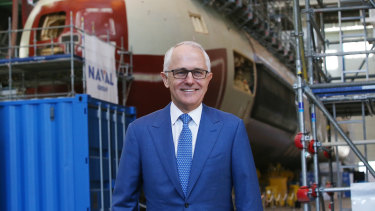 What is not in dispute is that the French build nuclear submarines, and could have provided them to Canberra had they been asked. The problem was that doing so would have required the establishment of a nuclear industry in Australia – a debate the Coalition decided was too politically toxic to consider.

Instead, Australia asked Naval Group to convert designs for a nuclear submarine into a diesel-powered vessel – something the French insist is much more complicated than it sounds. The boats were to be assembled in Adelaide using an Australian workforce trained by the French.

“The brutality of the announcement of this renunciation is unprecedented,” Naval Group chairman Pierre Éric Pommellet told Le Figaro newspaper. Pommellet declined to be interviewed by The Sydney Morning Herald and The Age.

Pommellet described the AUKUS agreement as “a slogan” and Adelaide an “industrial wasteland” because Canberra had now torn up a contract for an agreed submarine project in favour of an 18-month review into what can be provided by the US and UK.

“The only tangible point is the decision to acquire nuclear-powered submarines. When, how, with which partners, what technological transfer? No one knows. Australia, on the other hand, knows what it is losing and what we were committed to building.”

Naval Group was preparing to receive the green light for the next stage of the contract when the decision to terminate it was made last Thursday. Hervé Grandjean, the spokesperson for the French Ministry of Armed Forces, said that on the same morning Australians wrote to France “to say that they were satisfied with the submarine’s achievable performance and with the progress of the program”.

Hours later the deal was dead and Cherbourg was left contemplating the end of a great friendship.