Lamb shank redemption! Anger as prisoners are allowed to order chops, steak and smoked salmon behind bars… while low-paid workers are forced to use food banks

With rump steak, lamb shank and king prawns on offer, it reads like a country gastropub’s menu.

But the only thing rural about the venue offering these luxury foodstuffs is its location on the outskirts of a Staffordshire village.

HMP Oakwood isn’t so much serving up porridge as a ‘butcher’s special’ – where the well-behaved inmates who are eligible to order from the luxury menu can choose four rump steaks, two lamb shanks and 1kg of lamb chops all for £35.

It comes at a time when key workers such as nurses and police say they have been forced to queue at food banks as the cost of living crisis bites.

Inmates at the 2,100-capacity jail have the chance to order up to £50 worth of food each fortnight, with the rest of the menu offering produce such as a rack of lamb, pork belly, smoked salmon and shrimp. 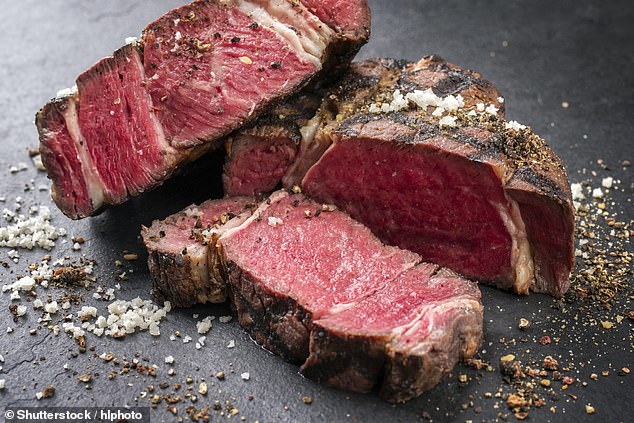 Well-behaved inmates at HMP Oakwood ,who are eligible to order from the luxury menu, can choose four rump steaks, two lamb shanks and 1kg of lamb chops all for £35

Frank Young, editorial director at think-tank Civitas, said the public would be ‘horrified’ to learn prisoners were ‘tucking into gastropub-quality food’.

The goods are ordered in raw from a list of approved suppliers for the ‘enhanced status’ inmates – those afforded extra privileges for good behaviour – to cook for themselves on their own wing, which is equipped with a kitchenette.

The privately run jail near Wolverhampton houses category C inmates, which can include violent criminals and murderers.

It runs the scheme as part of the Ministry of Justice’s ‘Incentives Policy Framework’. It advocates privileges such as more comfortable furnishings in communal areas and increased autonomy on ‘enhanced wings’ such as the one at HMP Oakwood.

The inmates in this wing at the prison can also choose to spend their cash – paid for doing jobs around the jail such as cleaning – on skincare or cosmetics. 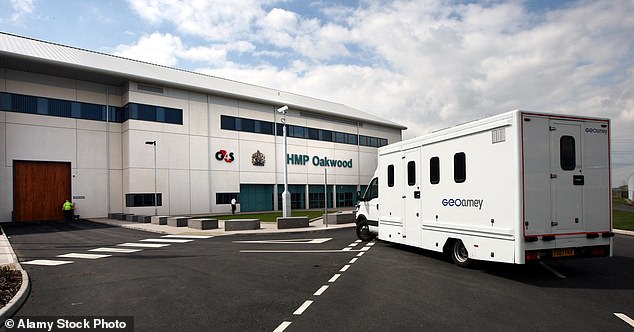 The privately run jail near Wolverhampton houses category C inmates, which can include violent criminals and murderers

A source close to the prison told the Birmingham Live website, which obtained the menu, that some inmates don’t want to leave the 11-year-old jail because they have it so comfortable inside.

He said: ‘The ones who don’t have family or anywhere to live, they get three meals a day, they order the best cuts, their own bread, skincare, protein. They don’t want to leave.’

However, Mr Young said the scheme was ‘thin gruel for the increasing number of Britons who are queuing up to use food banks who can only dream of a lamb shank’.

And David Hines, founder of organisation Victim Care, claimed that while inmates seem to be provided with ‘whatever they want’, only around 0.01 per cent of the criminal justice budget was spent on victims of crime.

Rory Geoghegan, of the Public Safety Foundation, added: ‘It may come as news to some prison governors and prison operators, but a prison sentence is supposed to be a punishment.

The public will see these luxury menus as yet another example of a criminal justice system that would rather pander to criminals than punish them.’

Around 400 prisoners at HMP Oakwood qualify to order off the luxury menu. But just under half of that number are said to use the scheme.

G4S, which runs HMP Oakwood, said research had suggested ‘positive reinforcement’, such as providing treats, had been shown to be effective at changing behaviour rather than punishment.

In August it emerged the jail had brought in two pythons as pets to help prisoners bond with their children during family visits.

The same month, it was reported that inmates on two wings which housed lifers and vulnerable prisoners were being given budgies as a reward for good behaviour.