A BABY girl was born at 30,000 feet while her mother was fleeing Afghanistan for the UK on an evacuation flight.

Afghan refugee Soman Noori, 26, went into labour in airspace over Kuwait on a Turkish Airlines flight to Birmingham. 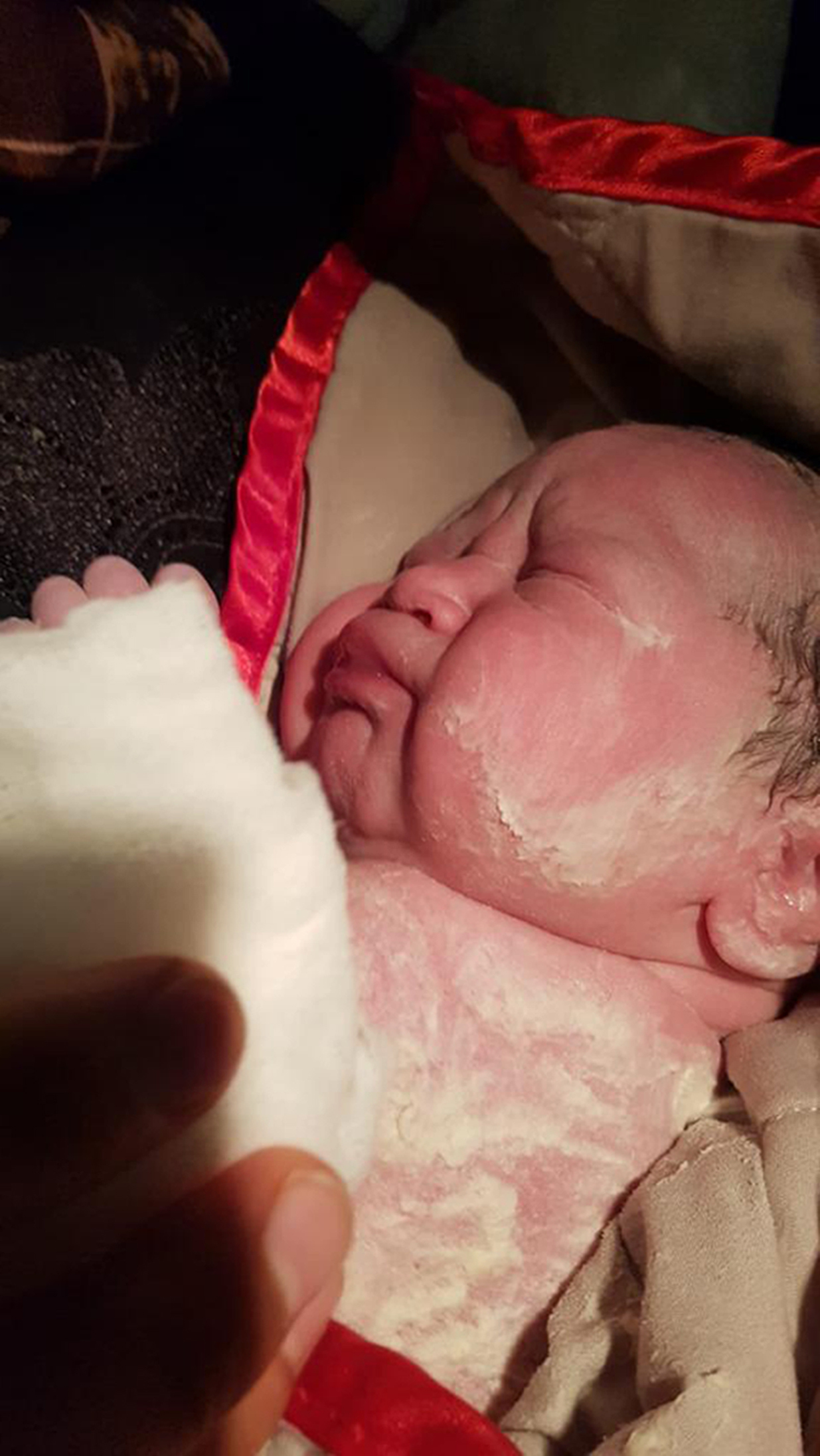 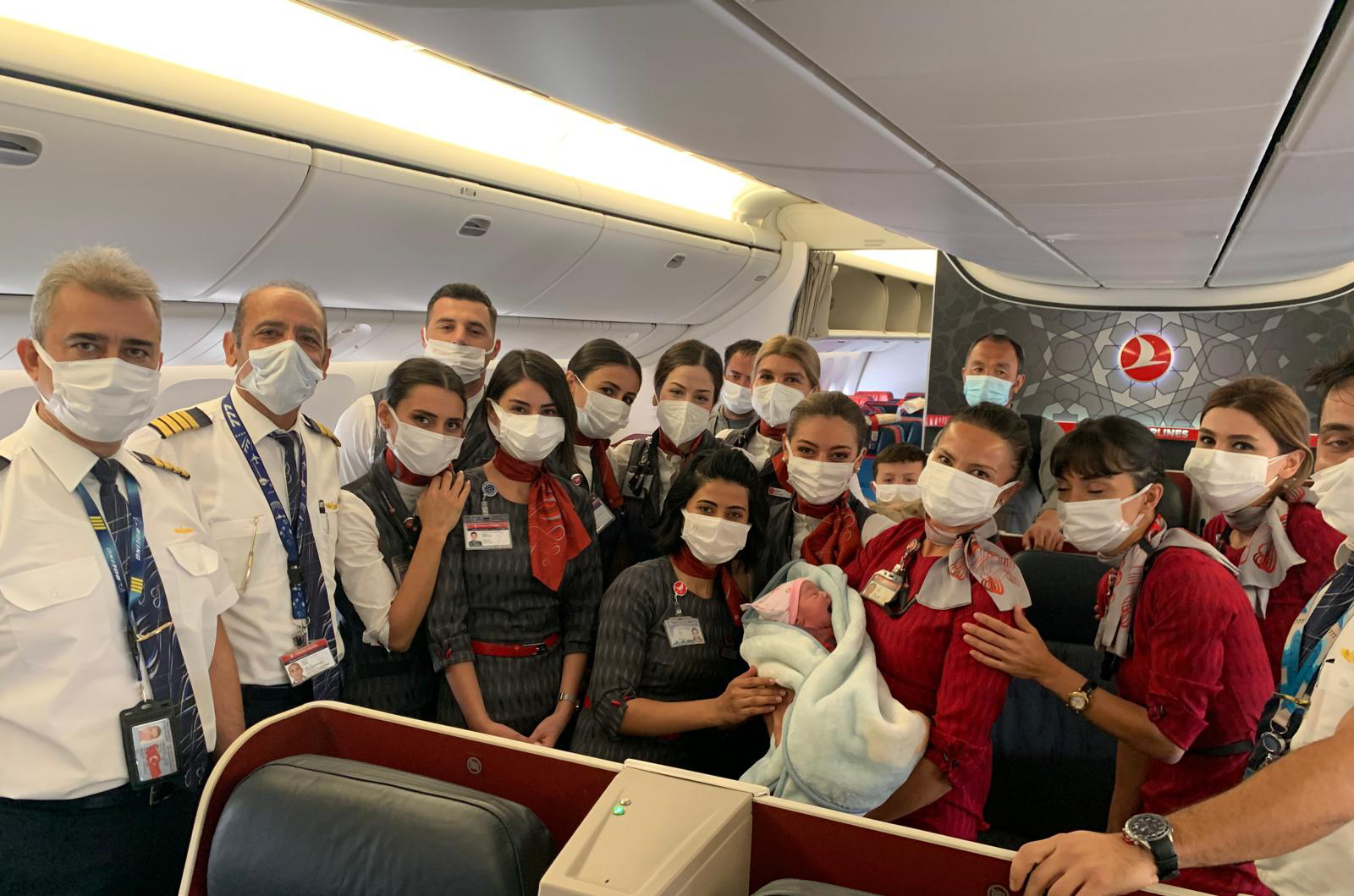 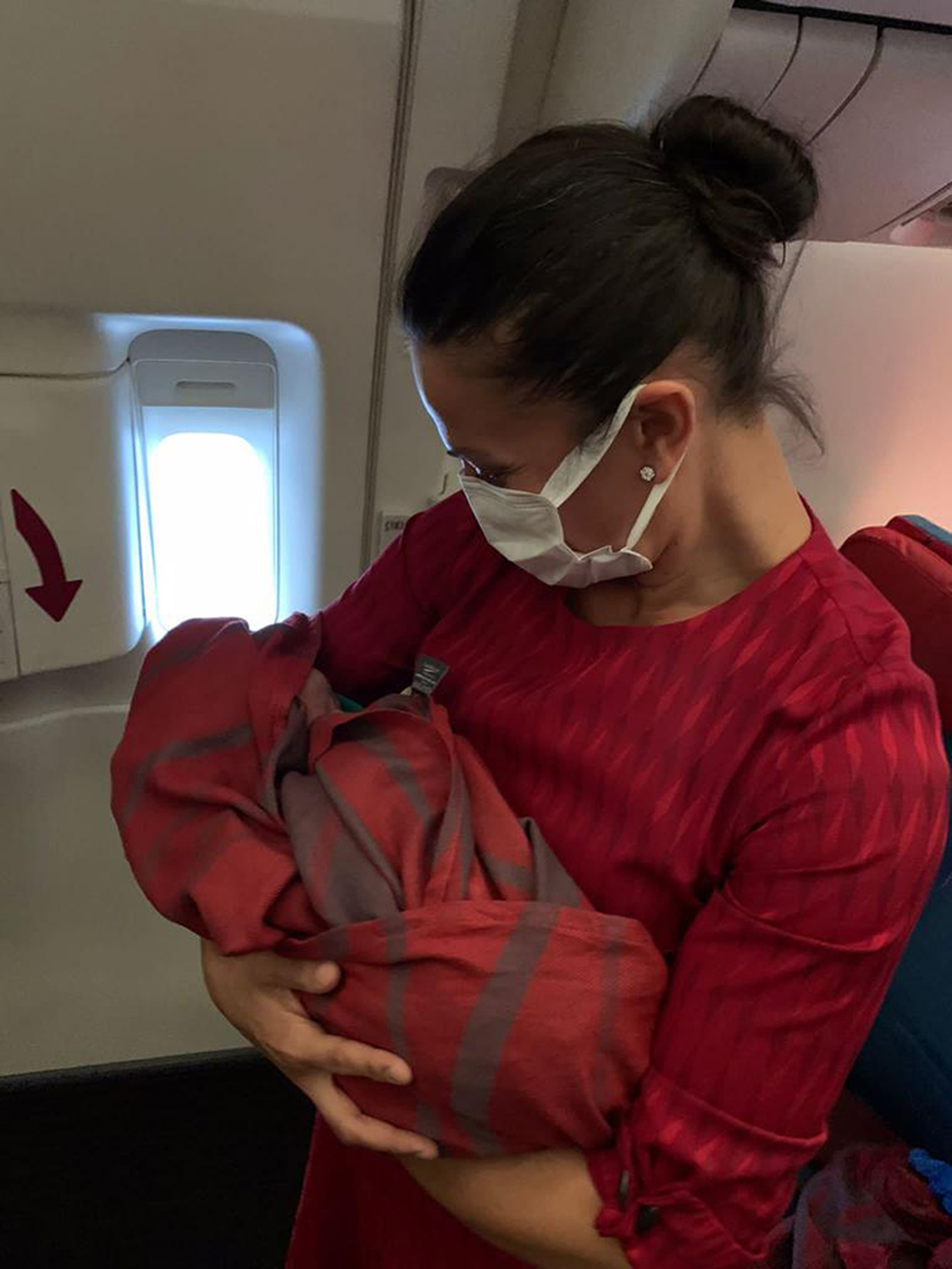 The plane had taken off from Kabul before flying to Dubai, but had no doctor on board which meant the cabin crew had to deliver the tot.

She has been named Havva by her mum and dad, Taj Moh Hammat, 30, which translates to Eve.

The newborn is the couple's third child, with the airline confirming that both mum and baby were healthy after the birth.

The flight had landed in Kuwait as a precaution, it then carried on its route to Birmingham and landed at 11.45am.

Photographs and video footage showed Turkish Airlines crew cradling the baby and handing her to her mother.

Havva's birth comes days after another Afghan woman gave birth while on board an evacuation flight to Germany.

The mum, who has been kept anonymous, was on the second leg of her journey after fleeing the Taliban takeover of Afghanistan.

She was on board the US military plane travelling from a staging base in the Middle East to the US Ramstein Air Base.

US Air Mobility Command claimed that the woman started going into labour while mid-flight on the C-17 transport aircraft.

She started having complications at flight altitude, typically above 28,000 feet, due to the lower air pressure.

Posting on social media they said: “The aircraft commander decided to descend in altitude to increase air pressure in the aircraft, which helped stabilise and save the mother’s life.

“Upon landing, airmen from the 86th Medical Group came aboard and delivered the child in the cargo bay of the aircraft.

"The baby girl and mother were transported to a nearby medical facility and are in good condition.”

The baby girl has now been named Reach after the call sign of the aircraft, according to the top US general in Europe.

Gen. Tod Wolters, commander of US European Command and NATO's Supreme Allied Commander in Europe, said: "We've had further conversations with the mom and the dad of the baby.

"They named the little girl Reach. And they did so because the call sign of the C-17 aircraft that flew them from Qatar to Ramstein was Reach."

Ramstein Air Base, in southwestern Germany, has become an essential transit point for Afghan evacuees.

According to the United Nations, roughly 400,000 people in Afghanistan have been forced to flee their homes since the start of the year, with up to 30,000 leaving the country each week.

The Ministry of Defence confirmed this afternoon that the last flight exclusively for taking people out of the stricken country and into Britain has gone.

Many British troops have already landed back home, with pictures showing soldiers in uniform pouring from military planes in RAF Brize Norton today.

Tragically, experts say there is more horror yet to come for the people of Afghanistan.

Some are predicting "the biggest hostage crisis the UK has ever seen" as between 100 and 150 UK nationals and up to 1,100 eligible Afghans are left behind.

And President Joe Biden has been briefed that "another terror attack in Kabul is likely" as the US yesterday launched a drone strike against the ISIS-K "planner" of Thursday's suicide bombing.

The devastating explosion killed at least 170 people, including two Brits and the child of a UK national and 13 US servicemen. 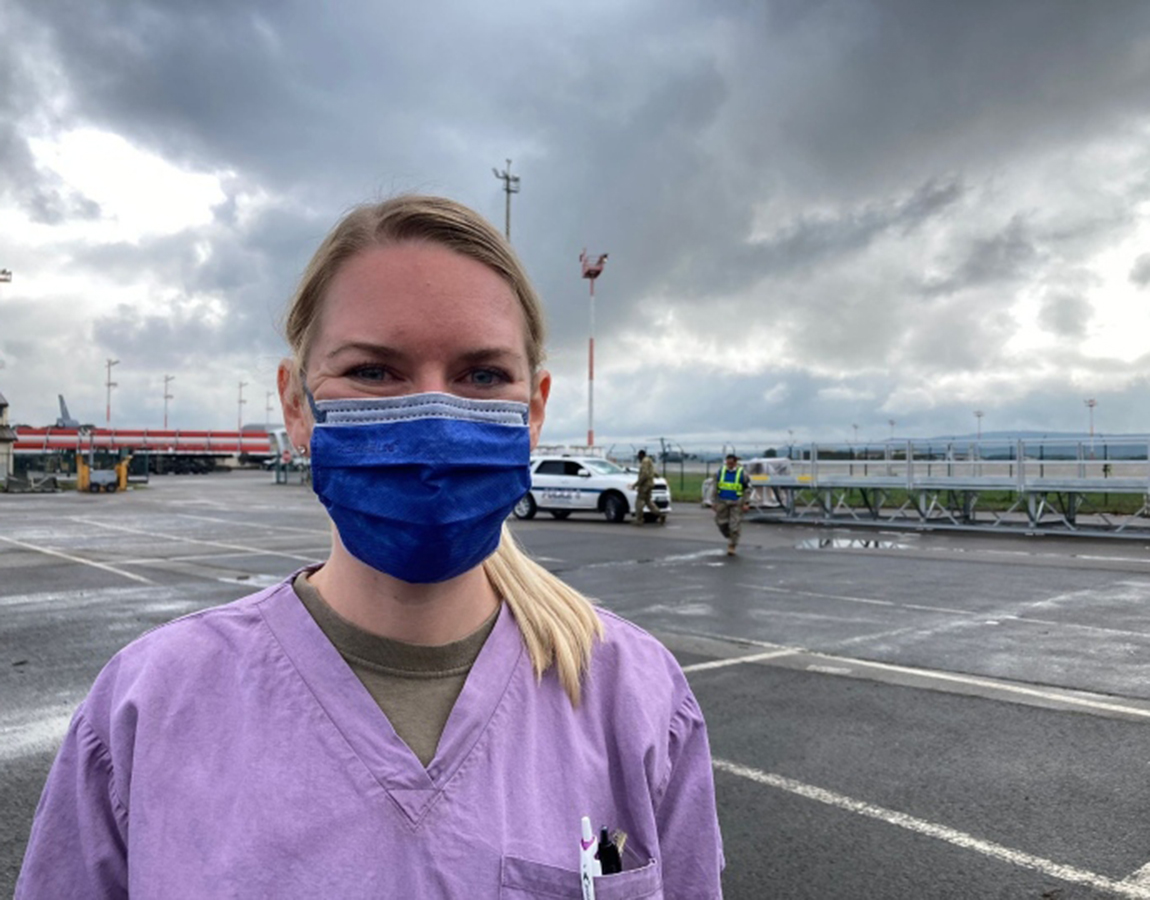 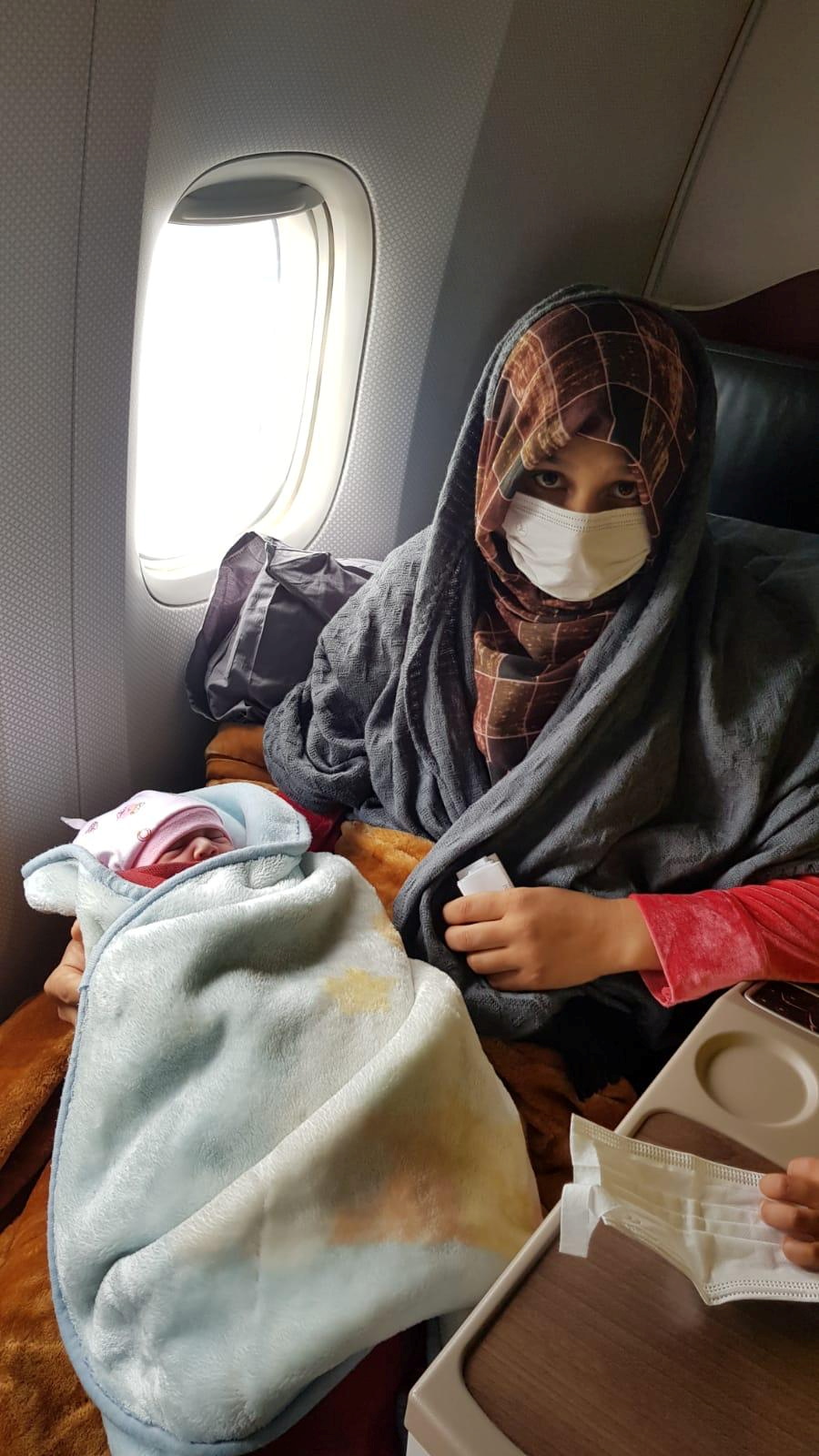 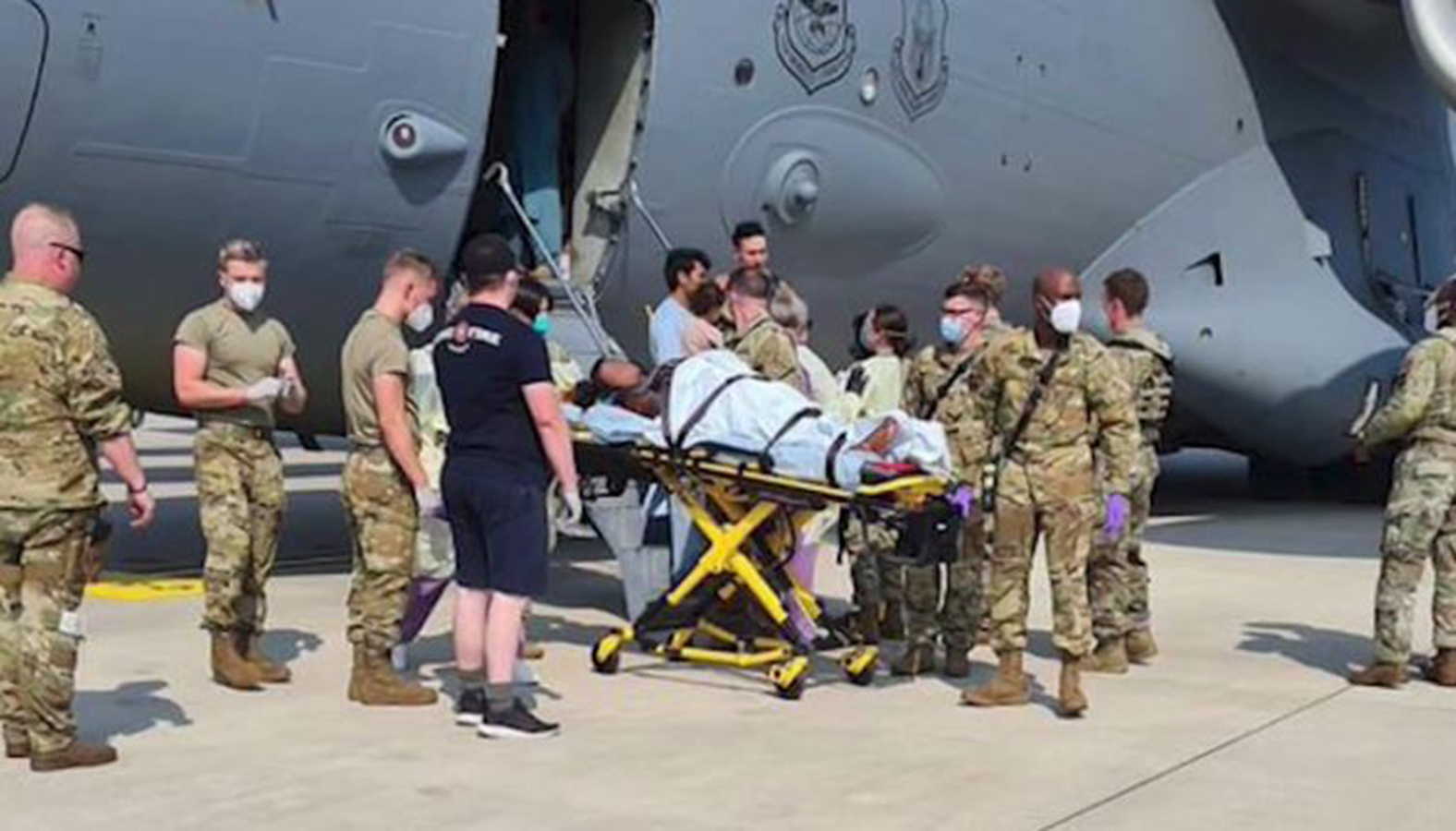 Strangulation, a red flag for murder, but law yet to be implemented

Boy, 6, who was thrown from Tate Modern balcony learning to ride a trike as he continues to recover two years on