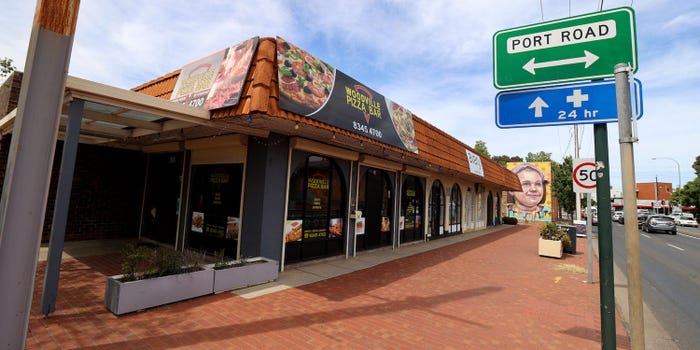 Government officials in South Australia were "fuming" after a pizza worker's lie to contact tracers forced them to put the whole state into a strict lockdown for six days.

South Australia, home to 1.68 million people,  went into a six-day lockdown on Wednesday after the state reported 36 new coronavirus infections.

Authorities asked businesses to close and people to stay at home because they thought the new outbreak would be highly contagious.

However, during a press conference on Friday, South Australia state Premier Steven Marshall told reporters that health officials assumed the virus was highly contagious. A pizza bar employee tied to the outbreak lied to contact tracers.

The man, who has not been identified, reportedly said he only went to the food outlet to buy a pizza when he had worked several shifts alongside another worker who tested positive for the disease.

This piece of misinformation made health officials assume the man had gotten infected with the virus during a very brief exposure and that the strain must be a highly contagious one.

"Their [the man's] story didn't add up. We pursued them. We now know that they lied," Marshall told reporters on Friday, according to the BBC. "Had this person been truthful to the contact tracing teams, we would not have gone into a six-day lockdown."

The restrictions across the state will be lifted three days earlier than originally planned after the state only recorded three new cases on Friday.

According to South Australia Police Commissioner Grant Stevens,  the man was unlikely to face charges because there was "no penalty associated with telling lies" however, this is under review, NBC News reported.

"I think it is stating the obvious to say that this person's actions have had a devastating impact on our community," Stevens said, according to NBC. "The hardship is not lost on us."

Last month, the Australian city of Melbourne exited a 112-day lockdown, recording no new Covid-19 cases for the first time since June.

Cabinet ministers were warned last year about a coronavirus pandemic