A big fight happened on a street outside a bar in Essex after England’s first World Cup game.

The rowdy ruckus exploded outside French Martini in Billericay on Monday.

It erupted just after 3pm and footage showed a number of people fighting on the pavement.

The video also displayed punches being thrown and objects being tossed.

French Martini is a restaurant cafe lounge bar which serves food and bottomless brunch on Saturdays.

It had been showing the England vs Iran 6-2 match on Monday inside the venue. 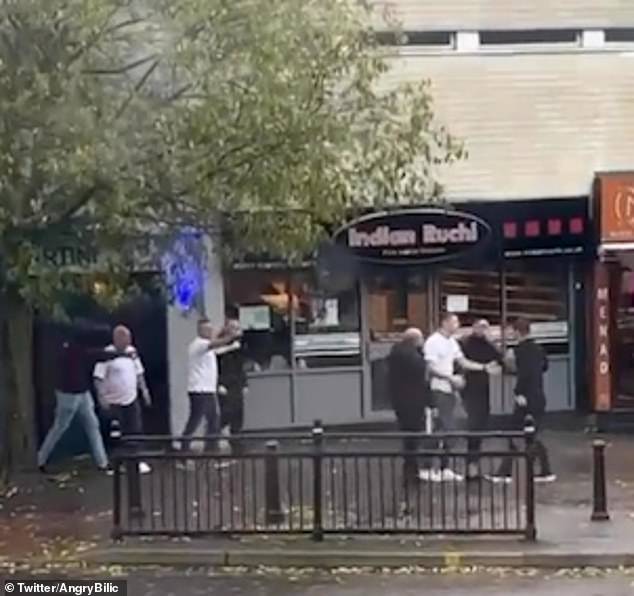 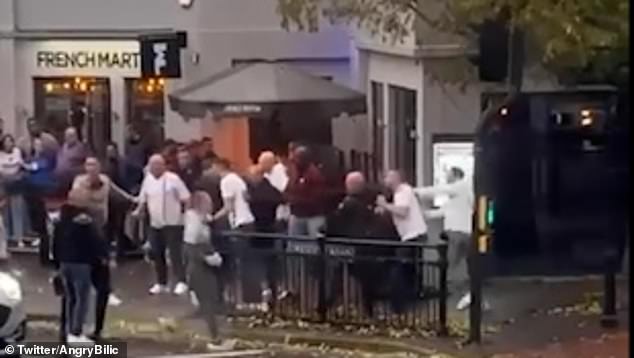 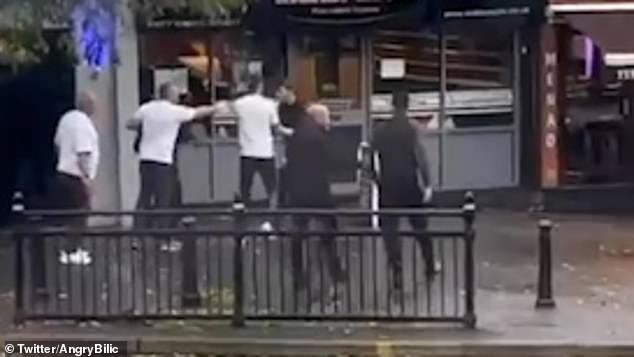 A spokesperson told the Southend Echo: ‘We a hugely disappointed with the incident.

‘It was not football related, it was an on-going feud between punters, nothing to do with football.

‘It was an on-going feud between two people in the place and if we had known that was the situation, we would have got one of them to have removed themselves.

‘But we were not aware. No one wants to see an incident like this, but it wasn’t anything to do with the football. 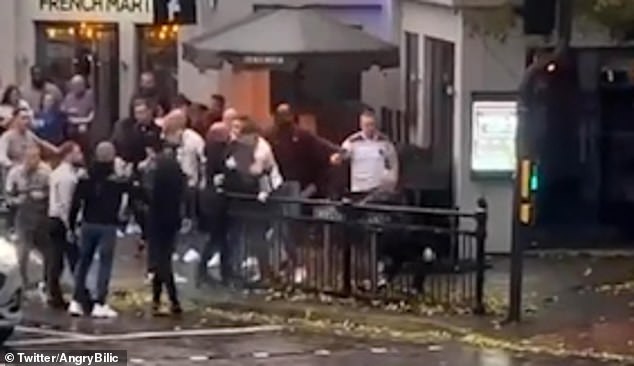 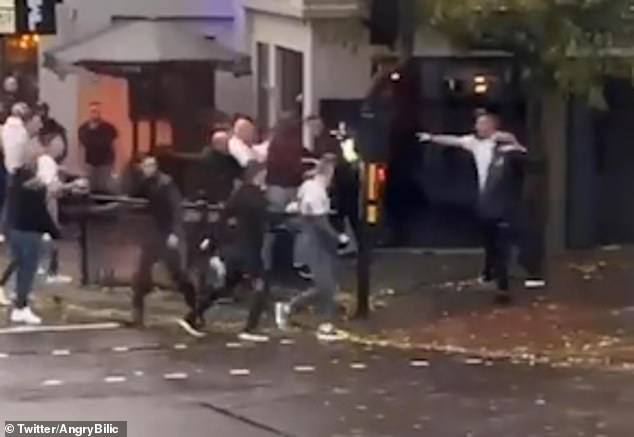 ‘It escalated extremely quickly, and just ruined the day. We are gutted.

‘The atmosphere before that was insane, we had spent a lot of money setting up for the England game, with projectors put in. We wanted to make it an event for everyone, and the minority ruined that.

‘We couldn’t have done anything more to have stop it, it just got out of hand extremely quickly.

‘However, we will still be showing the rest of England’s World Cup games, and everyone is welcome to come and enjoy it.’

Essex Live said Essex Police confirmed officers were called to the venue following reports of a disturbance at 3.15pm.

But by the time officers arrived the group had vanished with nobody injured.