Home » TV and Movies » Who is the mystery drunk man Ben is hiding in Emmerdale? 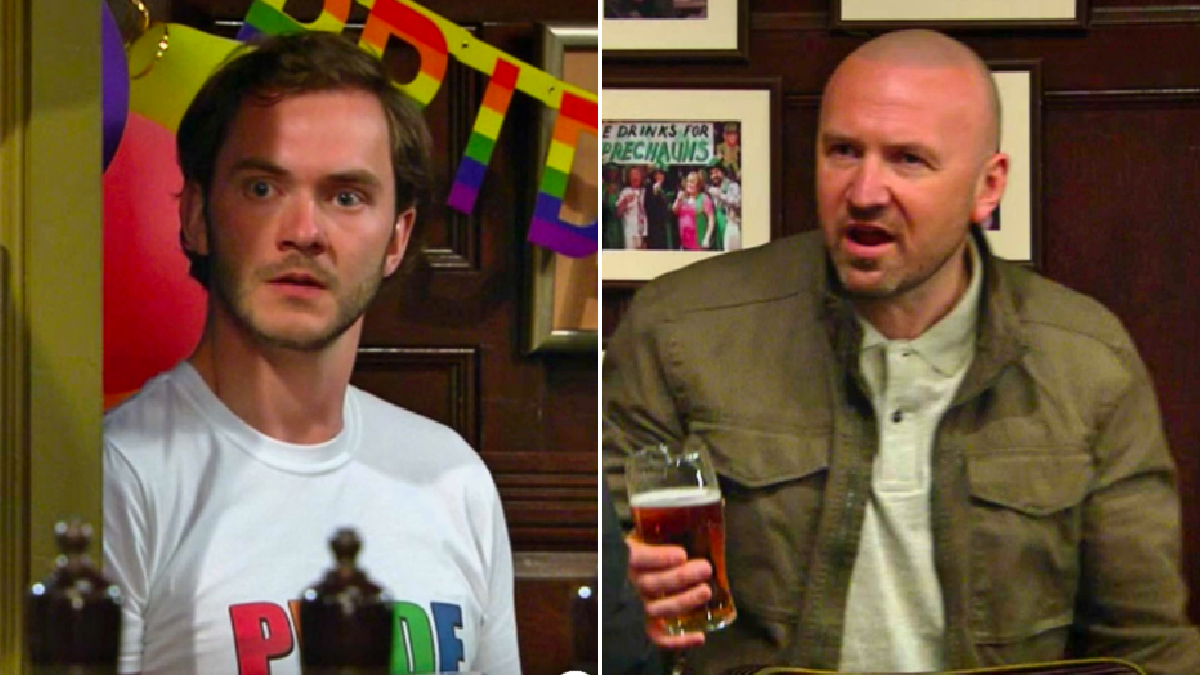 It would appear as if Emmerdale’s Ben Tucker (Simon Lennon) is harbouring something of a secret.

However, tonight’s edition of the ITV soap saw the eponymous village host its first ever Pride, and Ben insisted that his boyfriend join in on the celebrations.

It was joyous occasion, one in which mainstay Ethan Anderson delivered a heartfelt speech about acceptance, while Drag Race UK’s The Vivienne was also in attendance.

Things took quite the turn, however, when a drunk man spilled his drink all over Aaron’s shirt.

‘Don’t you touch me!’, exclaimed the Woolpack customer, as he attempted to pick a fight with Aaron.

Ben, having witnessed the scene unfold from the corner of the pub, opted to stay out of sight until the man had left.

Viewers later saw him discreetly helping the very same man into the back of a cab.

Ben took a look around, seemingly making sure that nobody saw him, before he headed back towards Pride.

Little did he know, however, that Liv, who was sitting at the bus stop, saw everything.

The question is: just who is this man? And how does Ben know him?

Later this week, Ben receives a mystery phone call, just as things are getting flirty between he and Aaron.

Emmerdale continues Thursday July 1 at 7pm on ITV. All of this week’s episodes are already streaming on ITV Hub due to scheduling disruption caused by Euro 2020.

If you’ve got a soap or TV story, video or pictures get in touch by emailing us [email protected] – we’d love to hear from you.

'Seinfeld': Julia Louis-Dreyfus Was Partly Responsible for Having George's Fiancée, Susan, Killed Off

'Party Down' Revival Set For Starz, But It's Unclear Which Cast Members Are Returning

When was Tom Hanks featured on The Simpsons?