The Sandman has just arrived on Netflix and it features a star-studded cast. Stephen Fry plays Gilbert, a quiet and polite man with a huge secret. Express.co.uk has all you need to know about Fiddler’s Green and Gilbert’s identity.

Who is Gilbert in The Sandman?

Gilbert is a quintessentially British man who is staying at the Bed and Breakfast Rose Walker (Vanesu Samunyai) visits in the series.

At first, he is only spoken of in passing and is described as somewhat of a recluse who likes to read.

However, viewers see him in the flesh when he offers Rose some assistance when she is being attacked by thugs.

He forms a close bond with her and joins her on her venture to rescue her brother Jed (Eddie Karanja).

Gilbert in his human form is a type of dream that likes to go wandering in the real world. 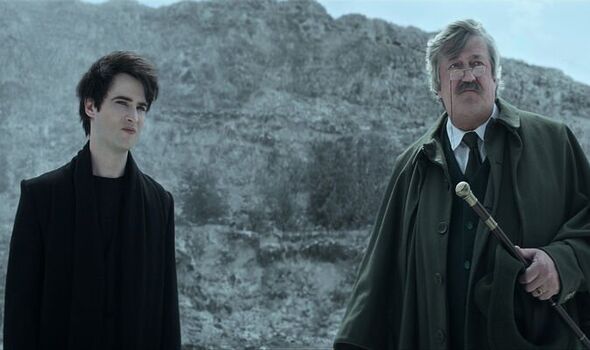 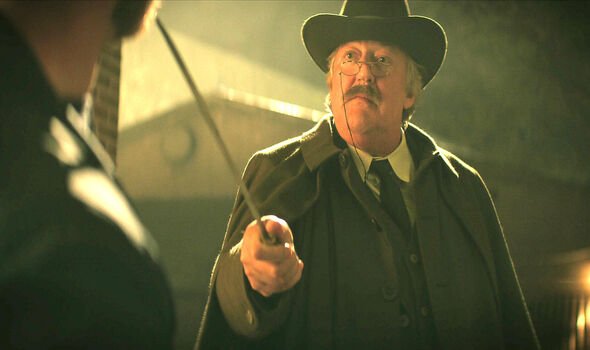 While Dream (Tom Sturridge) was captured by Roderick Burgess (Charles Dance), Fiddler’s Green decided to assume the form of a man.

He made his way to the waking world to live like a regular person, something which he learned to enjoy.

However, viewers grew even more curious when he instantly recognised The Corinthian (Boyd Holbrook) at the ‘Cereal’ convention.

Gilbert went back to warn Dream that Rose was in trouble, but he had no idea she was a Vortex. 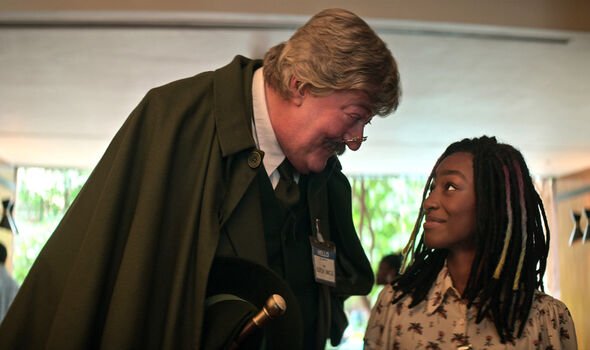 What is Fiddler’s Green in The Sandman?

Fiddler’s Green is first mentioned as one of the missing entities of The Dreaming.

Librarian Lucienne (Vivienne Acheampong) explained to Dream how Fiddler’s Green had left during his prolonged absence and his whereabouts were not known.

According to the original Sandman comics, Fiddler’s Green is a sentient part of the Dreaming that all travellers wish to find one day.

This dream likes to take human form occasionally and will explore other worlds.

At the end of the series, Gilbert transformed back into his true form. 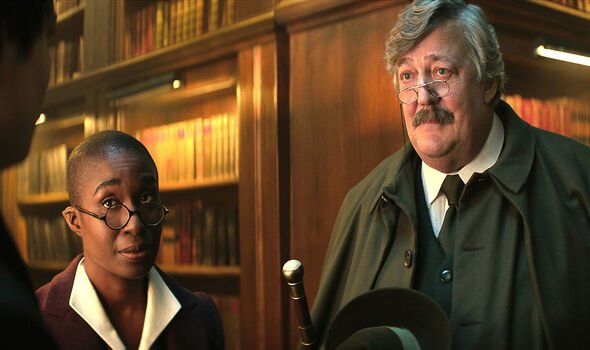 He offered to sacrifice himself so Rose could live, but he had his own duties to perform.

Instead, Dream told him to leave his human alias behind and revert back to being a place.

Viewers saw him transform into a stunning green landscape with beautiful flowers and trees.

Stephen Fry let slip he had been cast in the Neil Gaiman series back in March 2021.

He was interviewed during a break in the Live Test Cricket coverage on Channel 4.

The actor explained he was playing “an Edwardian writer” named Gilbert.

Stephen said: “It’s part of what we call the DC Universe but it’s really its own thing.

“I’m really looking forward to that, I’ve not been in anything quite like it before.

“I suppose the Hobbit counts as a fantasy world. I’m playing a kind of Edwardian writer figure called Gilbert.”

The Sandman is on Netflix now.

'Big Brother 23': Why Many Fans Think an HOH Will Be Crowned During the Premiere