Strictly Come Dancing 2020 is like no other series before as it becomes the first-ever socially distanced season thanks to the coronavirus pandemic. The global outbreak of COVID-19 has already impacted the show hugely, with a smaller cast of celebrities and shorter length on-screen than recent years. And as a result, Claudia Winkleman and Tess Daly explained how the new-look show would operate going forward and the guidelines in place, although BBC viewers were left rather divided.

Each of the dancers and celebrities have been isolating ahead of the show’s launch while social distancing will be in force during the launch and live show.

While each of the Strictly judges, dancers, celebrities and hosts keep their distance on-screen, BBC viewers were more concerned with the fact a live audience was still able to attend.

And despite Claudia and Tess explaining at the top of the show how this year’s show is adhering to the guidelines, some fans were quick to offer their opinion.

Tess said at the start of the show: “It is good to be back,” before Claudia thanked the professional dancers for their opening number. 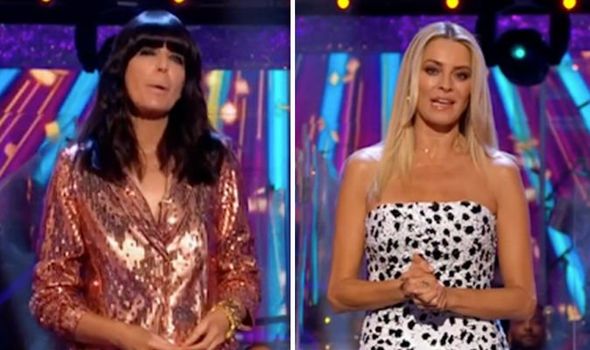 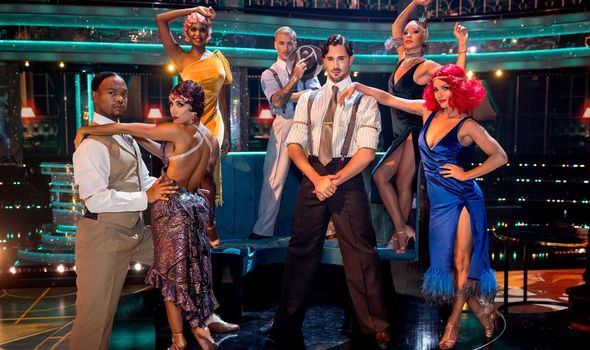 Tess continued: “To bring you that routine and all of the group numbers in the series,

“Earlier in the year our dedicated professional dancers isolated at home before moving into a hotel together and becoming a household.”

Claudia weighed in: “Because of this, they were able too perform their group dances together. We’ll explain more about this later in the show.”

Tess and Claudia then encouraged viewers to look on the Strictly website for full details on how the show is adhering to the guidelines. 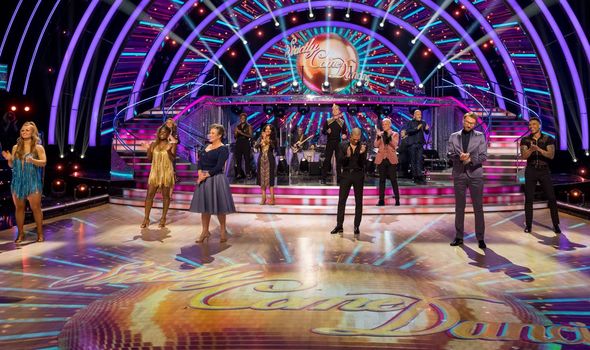 Despite clarifying the rule, several viewers took to Twitter, as one fan said: “So strictly come dancing can have socially distance audience but we’re still not allowed to football, makes no sense to me.”

A second added: “@BorisJohnson Are you watching Strictly Come Dancing? Care to explain how we are only allowed 6 to bubble, only 15 people at a wedding, 30 people at a funeral, however the BBC are allowed at least 50 people in one building!”

“How can you have live audience at b****y strictly come dancing indoors!! but your not even allowed to watch live football outside at 30% its a farse!,” voiced a third.