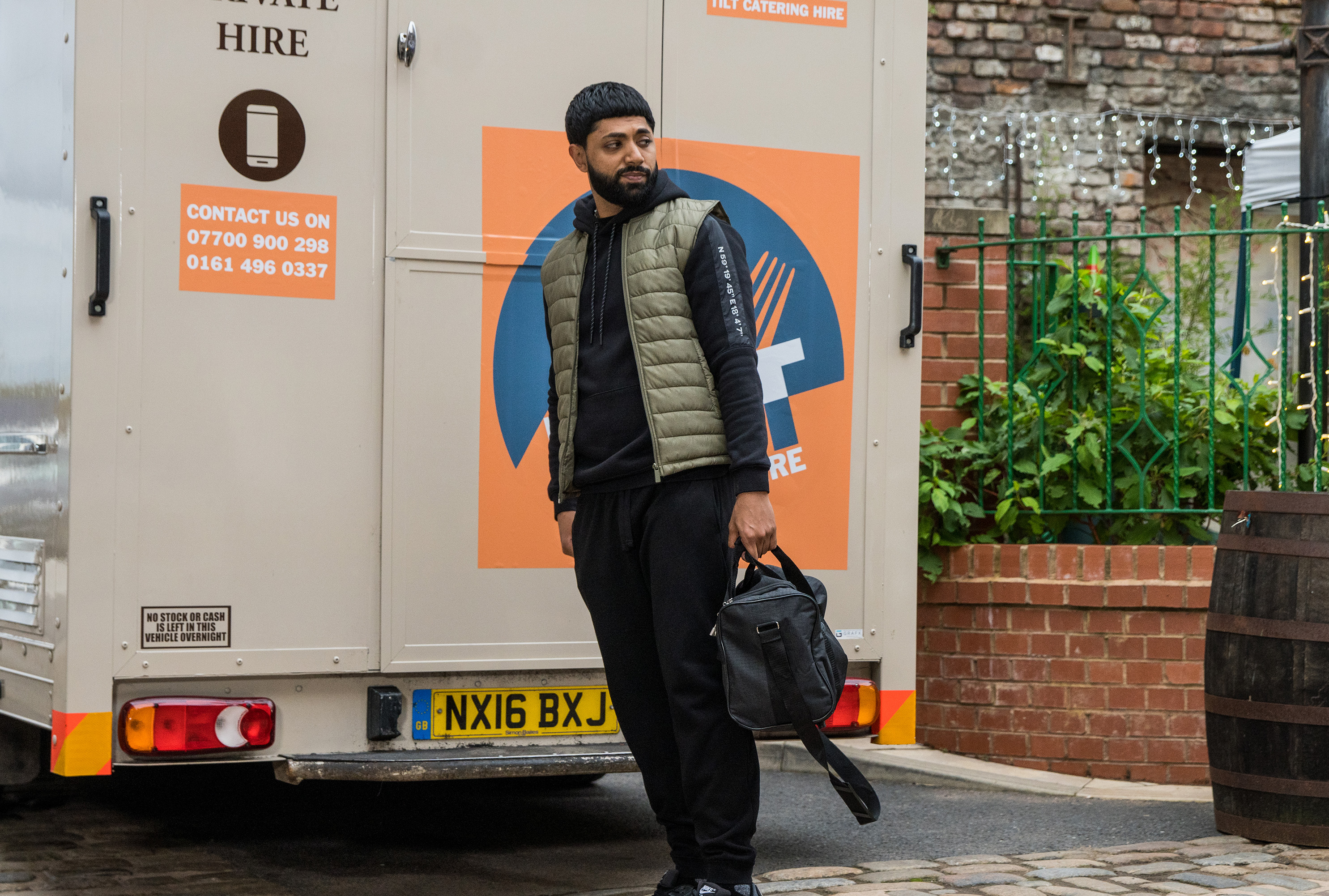 Zeedan Nazir (Qasim Akhtar) is about to confess all to Ryan Connor (Ryan Prescott) in Coronation Street.

Life hasn’t been enjoyable for Zeedan since returning to Weatherfield a few weeks ago.

He’s secretly been laundering money through Speed Daal for Hashim, but will things finally come to an end after telling Ryan everything?

After seeing Zeedan’s heated discussion with Hashim, Ryan approaches him and wants answers.

Later, Zeedan opens his van and is horrified to realise the bag of money he had has disappeared.

Ryan plonks the bag of money in front of Zeedan, demanding to know where he got it.

With no other option, Zeedan tells Ryan everything, explaining how he has to follow Hashim’s orders or he’ll get another pasting.

Ryan begs him to go to the police, but Zeedan refuses, convinced Alya (Sair Khan) and Yasmeen (Shelley King) can’t find out.

As the boys argue, Alya enters.

When Ryan and Zeedan give nothing away, Alya heads off for work, clearly feeling suspicious.

Despite Zeedan’s pleas, Ryan decides to call at Speed Daal, telling Alya what her little brother has been up to.

Alya attempts to get involved, but Zeedan does his best to keep her out of Hashim’s criminal world.

Now Ryan and Alya know, what will that mean for the future of Speed Daal?

If they tell the police, how much danger will the Nazir family be in?