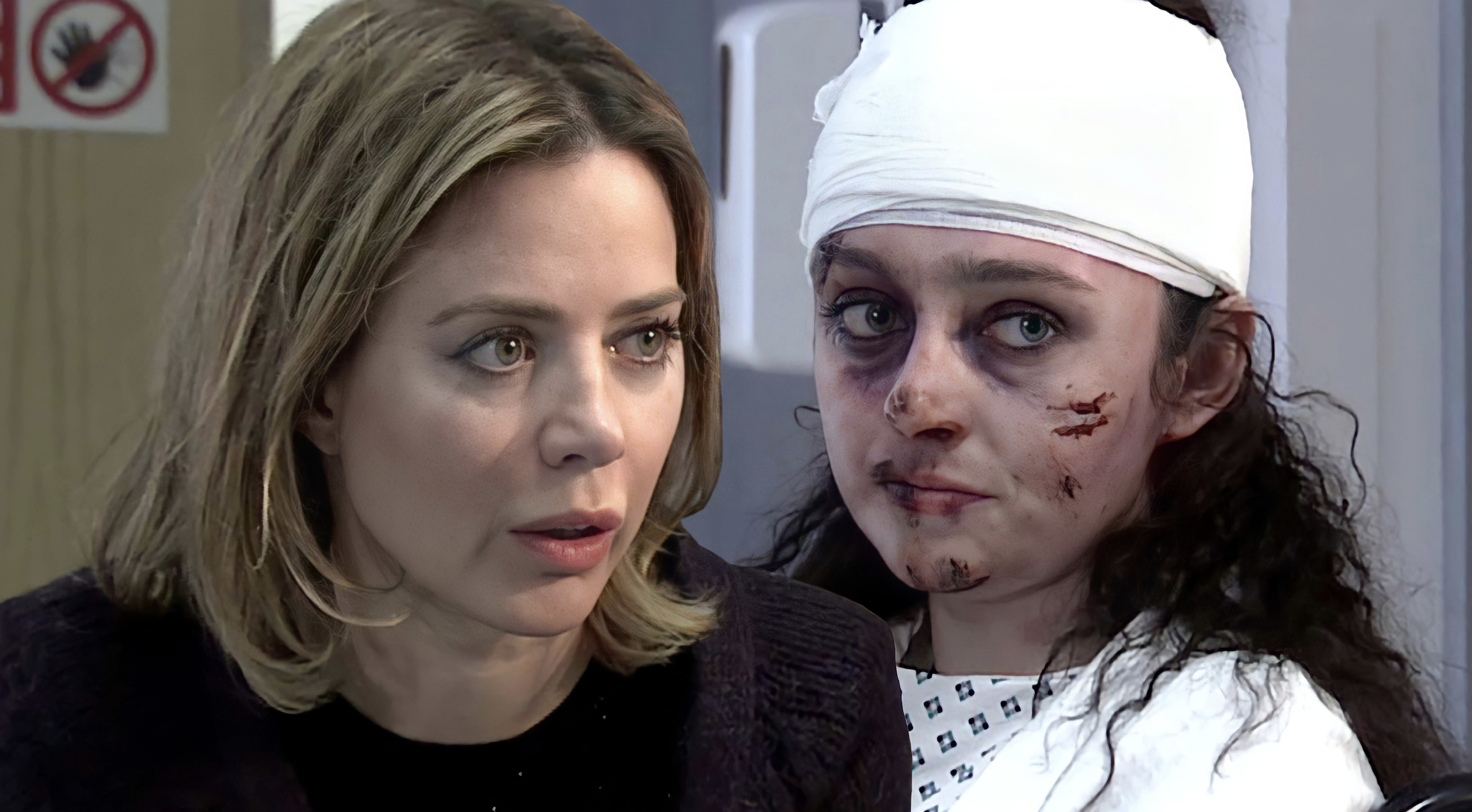 Abi Franklin (Sally Carman) had her world turned upside down when she had to say goodbye to Seb (Harry Visinoni) in Coronation Street.

After he and Nina (Mollie Gallagher) were brutally attacked by Corey (Maximus Evans) and his drunken gang, Abi was told Seb’s ventilator was the only thing keeping him alive.

With Abi grieving for her son, she has the difficult job of getting herself ready for Seb’s funeral and coming up, she forces Nina to stay away which leaves her heartbroken.

Abi approached Nina recently and told her that if she didn’t dress like a freak, Seb would still be alive which left Nina shaken to the core.

Nina was devastated and told Roy (David Neilson) that Abi is right, she is a freak, and when she came downstairs, Roy was taken aback to see Nina had scrubbed her face of make-up and changed her clothes.

Nina was clearly broken and explained that Seb is dead because of who she is, so doesn’t want to be that person anymore.

When George (Tony Maudsley) reveals that it’s Seb’s funeral tomorrow, Nina is deeply hurt to realise Abi kept it from her and clearly doesn’t want her there.

But will Abi change her mind?

If she doesn’t, how will it impact Nina and her guilt that Seb died because of who she is?