Popular NCAA conference has aired on CBS since 1996 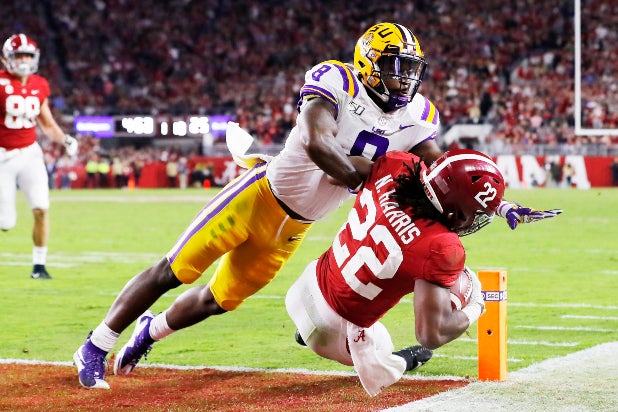 SEC football will have a new home in 2024. The popular college conference, home to Alabama, LSU and Auburn, will move from CBS to ESPN beginning with the 2024 season.

The SEC is one of the “Power Five” conferences, and has routinely put teams in the College Football Playoff, including each of the last four years. Alabama has won the National Championship in two of those years, including against fellow SEC school Georgia.

“This is a significant day for the Southeastern Conference and for the future of our member institutions. Our agreement with ESPN will greatly enhance our ability to support our student-athletes in the years ahead and to further enrich the game day experience for SEC fans around the world,” said SEC Commissioner Greg Sankey. “One of our primary goals was to improve the television scheduling process in ways that will benefit our students, coaches, alumni and fans,” Sankey added. “By working in collaboration with ESPN, we were able to secure an agreement that includes more lead time for many game time announcements, and in many ways modernizes the college football scheduling process.”

SEC football games will be spread across ESPN and ABC. ABC will take over CBS’ Saturday afternoon game of the week and air the SEC conference championship game. ESPN now gets full rights to the SEC conference; ESPN already owned rights to SEC basketball and other sports via the SEC Network.

Additionally, ESPN+ will get non-SEC football games starting next season.

“This new agreement was born from a strong foundation which began almost 25 years ago and now reflects a shared vision of the future with the SEC, Commissioner Sankey and their member institutions” Pitaro said in an accompanying statement. “With all the conference’s games under the ESPN umbrella and adding ABC and ESPN+ to our distribution channels, ESPN will have complete scheduling flexibility, resulting in maximum exposure and adding significant benefits for SEC schools and fans.”

'The Office': The Real Reason Pam and Roy Never Got Married