Money Heist fans were on the edge of their seats throughout season four as the gang struggled to stay in control of the Bank of Spain robbery. Fortunately as the series came to an end, it looked as though they were back in control as Lisbon (played by Itziar Ituño) entered the bank and they all declared they’d finish the heist in honour of Nairobi (Alba Flores). However, what the gang don’t know is Alicia (Najwa Nimri) has tracked down The Professor (Alvaro Morte) and is holding him hostage.

Fans of La Casa De Papel are divided over whether or not Alicia will be allowed to join the gang given that she tortured Rio (Miguel Herran) after he was captured at the start of season three.

While many insist The Professor will not allow her anywhere near the heist, others think the fact Bella Ciao was playing at the end of season four confirms she will team up with the gang.

Alicia was quickly dropped by the Spanish police force when their dirty tactics to take down the gang and end the Bank of Spain heist were revealed.

Rio shared a live video stream explaining what happened to him while he was tortured while Marseille (Luka Peroš) travelled to the hole where he was buried alive to confirm the claims. 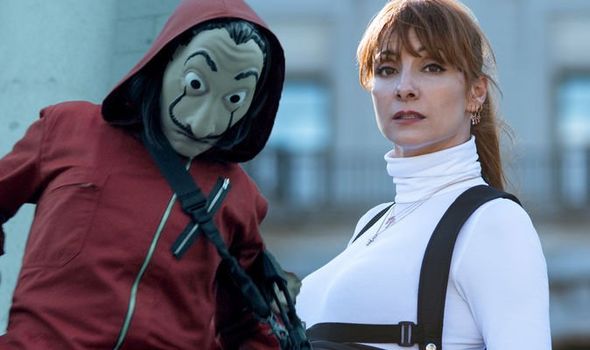 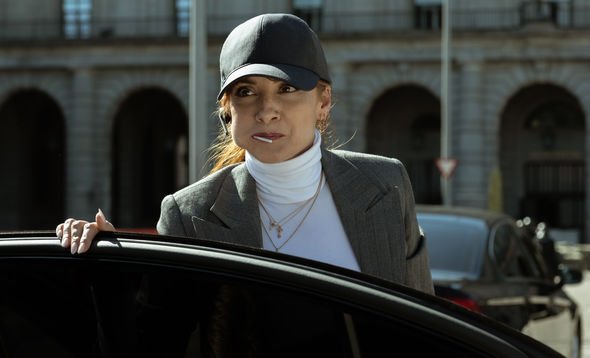 Needing someone to take the blame, the police force decided pregnant Alicia should take the fall and resign effective immediately.

Now Alicia is out for revenge against The Professor for causing her to lose her career and the police force for failing to stand behind her.

But whose side will she take as she takes revenge?

Redditor Scullynd is certain she will ask The Professor for forgiveness so she can join the resistance. 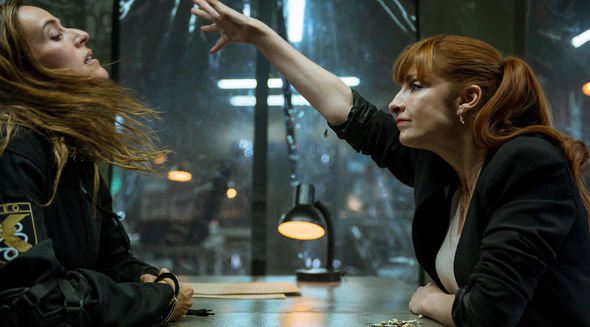 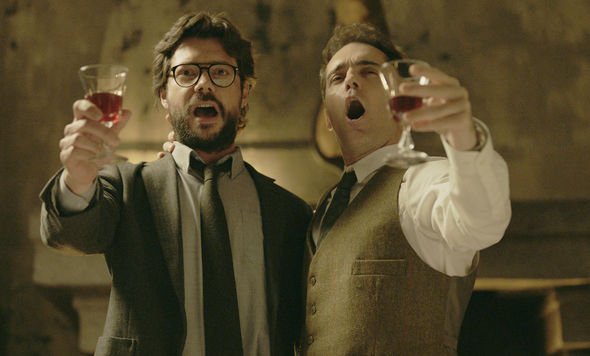 They explained: “Bella Ciao being the main theme of the crew (anti-facist resistance) adopted to show signs of resistance, it makes sense that only the robbers sing it – when they first hit soil when digging the tunnel, they all sing it.

“The scene with professor and Berlin singing it etc.

“But I’m sure as most people know at the end of part four during the credits, Bella Ciao is sung by Alicia, and she isn’t a crew member which leads most to believe she will become one.

“If you take into consideration the idea that she is a fugitive and wanted by the police, and she would be sent to prison, the theory just makes the most sense out of all of them.”

The fan went on to explain it’s not exactly a storyline they want to see develop but they could see it happening.

They concluded: “I don’t think Alicia would go down well with the crew, considering she got Nairobi shot, and Raquel wasn’t a big fan of her either. Just thought I’d point it out.”

The latest theory about Alicia joining the team comes after one fan suggested she is actually related to The Professor and Berlin (Pedro Alonso).

They explained there are a lot of similarities between the characters as they are all “super intelligent, can predict other people’s next moves, are real bosses and love music”.

Reddit user Tiffy00 added: “They like to be admired and everyone to listen to them, they are funny, they always want to have the control and enjoy when other are in pain.

“Also Berlin wanted to kill Monica, although she was pregnant and Alicia used Axel to shoot Nairobi. So they don’t appreciate mother-child issues.

“Plus Berlin wanted to kill Rio and Alicia tortured him. They could be twins! Perhaps Alicia is a lost sister and Professor and she will find out and that’s why she will help him.”

Money Heist season 1-4 are available to stream on Netflix now.

7 Little Johnstons: Trent Is Nervous for Wife Amber to Return to Work amid the COVID Pandemic

'The Flash': Burning Questions the Season 6 Finale Needs to Answer