All concerts at Disney Hall are canceled through June 9, 2021 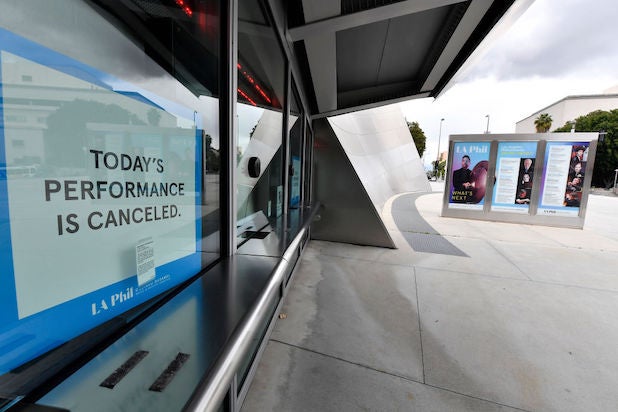 The Los Angeles Philharmonic has canceled all Walt Disney Hall concerts through June 9, 2021, the orchestra said on Tuesday.

“While this news may not be surprising in this climate, it is heartbreaking to keep our venues silent and not be able to share in the experience of live music with you,” a message on the L.A. Phil’s website said.

Chad Smith, the Los Angeles Philharmonic’s chief executive, said in a statement on Tuesday that despite the cancelations, he expected to be able to bring audiences back for concerts at the Hollywood Bowl and The Ford next summer.

“As hard as it is to lose entire seasons at the Hollywood Bowl, The Ford and now Walt Disney Concert Hall, we are responding creatively under Gustavo’s leadership, so we can continue to bring music, learning programs and important conversations to the largest possible audience in Los Angeles and beyond,” Smith said. “Together with all of Los Angeles, we will arrive on the other side of this pandemic. We now look toward next summer, when we will welcome audiences back to the Hollywood Bowl and The Ford and celebrate each iconic venue’s centenary with new meaning and purpose.”

In the meantime, audiences can still listen to performances online through the L.A. Phil’s SOUND/STAGE project, which features short concerts and video interviews with artists. PBS will also air episodes of the orchestra’s “In Concert at the Hollywood Bowl” series beginning next January.

'I Am Jazz': Why Was Jazz Jennings Feuding With Her Friend, Songwriter Michaela Paige?