Home » TV and Movies » Janine silences her daughter in EastEnders as she tries to tell Linda the truth? 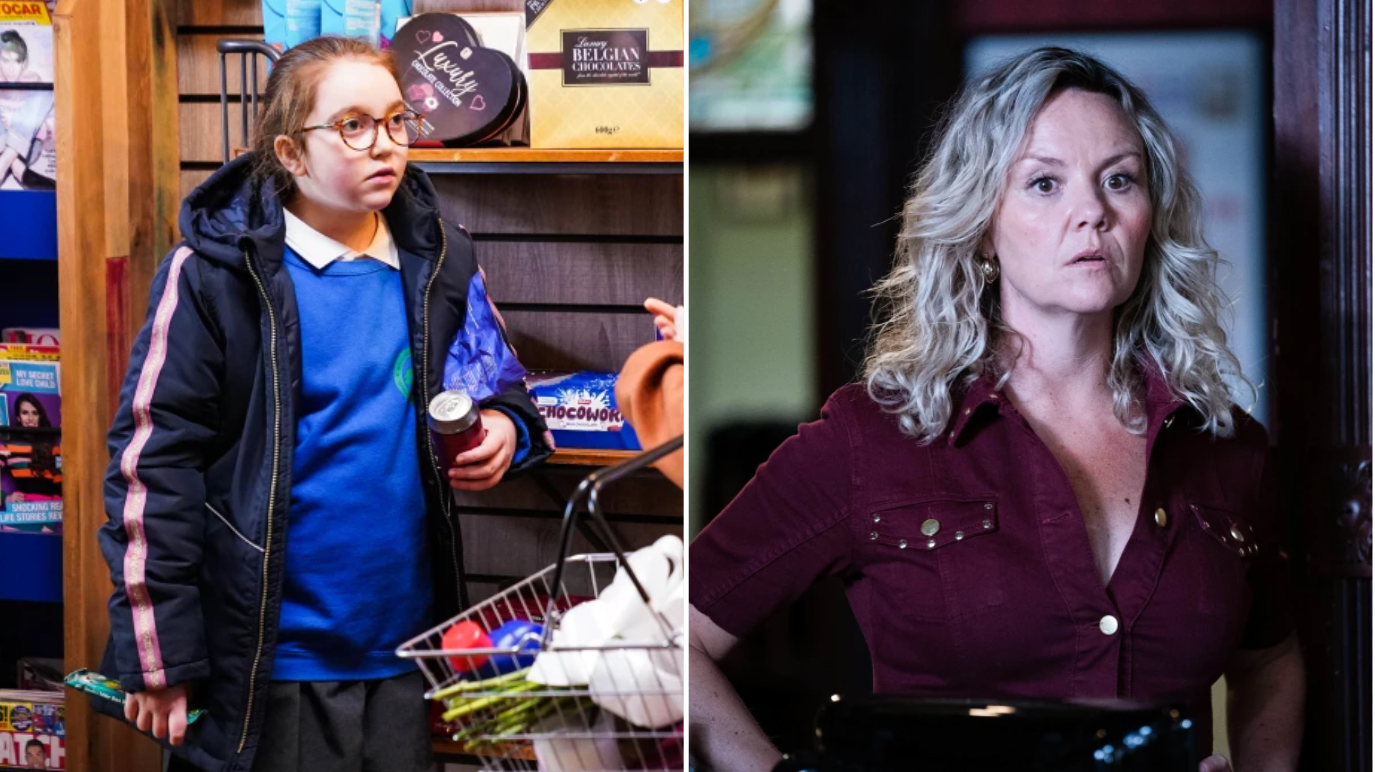 As Janine Butcher (Charlie Brooks) clings on to her relationship with Mick Carter (Danny Dyer) with every ounce of cunning she possesses in EastEnders, there’s one thing that would bring the whole thing tumbling down.

If Mick ever discovered that it was Janine who was driving the car when it crashed with Linda (Kellie Bright) and baby Annie inside, and that she put unconscious Linda in the driving seat to make it look like she’d been driving while drunk – well, that would be the end of Mick and Janine as a couple.

What Janine doesn’t know is that there’s some incriminating evidence hanging on the wall at the Queen Vic. As Janine disposed of her blood-stained clothing from the incident in a wheelie bin on the Square, she was caught on camera by Frankie Lewis (Rose Ayling-Ellis) who was taking pictures for her portfolio.

And Janine’s daughter Scarlett (Tabitha Byron) is the only person who’s spotted her mum acting suspiciously in the background of the snap.

In upcoming episodes, when Scarlett overhears Sharon (Letitia Dean) and Linda talking about Janine’s relationship with her daughter, she’s upset at the thought that Janine doesn’t care about her very much.

She decides to talk to Linda – and Frankie’s photograph is very much on her mind.

Janine is in a panic when she realises that Scarlett is with Linda – but is her daughter sharing the information about the photograph?

We know that Janine is at her most dangerous when she feels cornered, and we also know that there are no limits to what she’ll do to protect her relationship with Mick.

How far will she go to ensure that Scarlett never reveals what she knows?

Mama June’s Net Worth Is Less Than You Might Think