FURIOUS Katie Price has hit out at a "con" that has tried to swindle money from her fans by pretending she will attend an event.

Taking to her Instagram stories, the former glamour model revealed that a marketing agent had falsely suggested she would be opening the soiree. 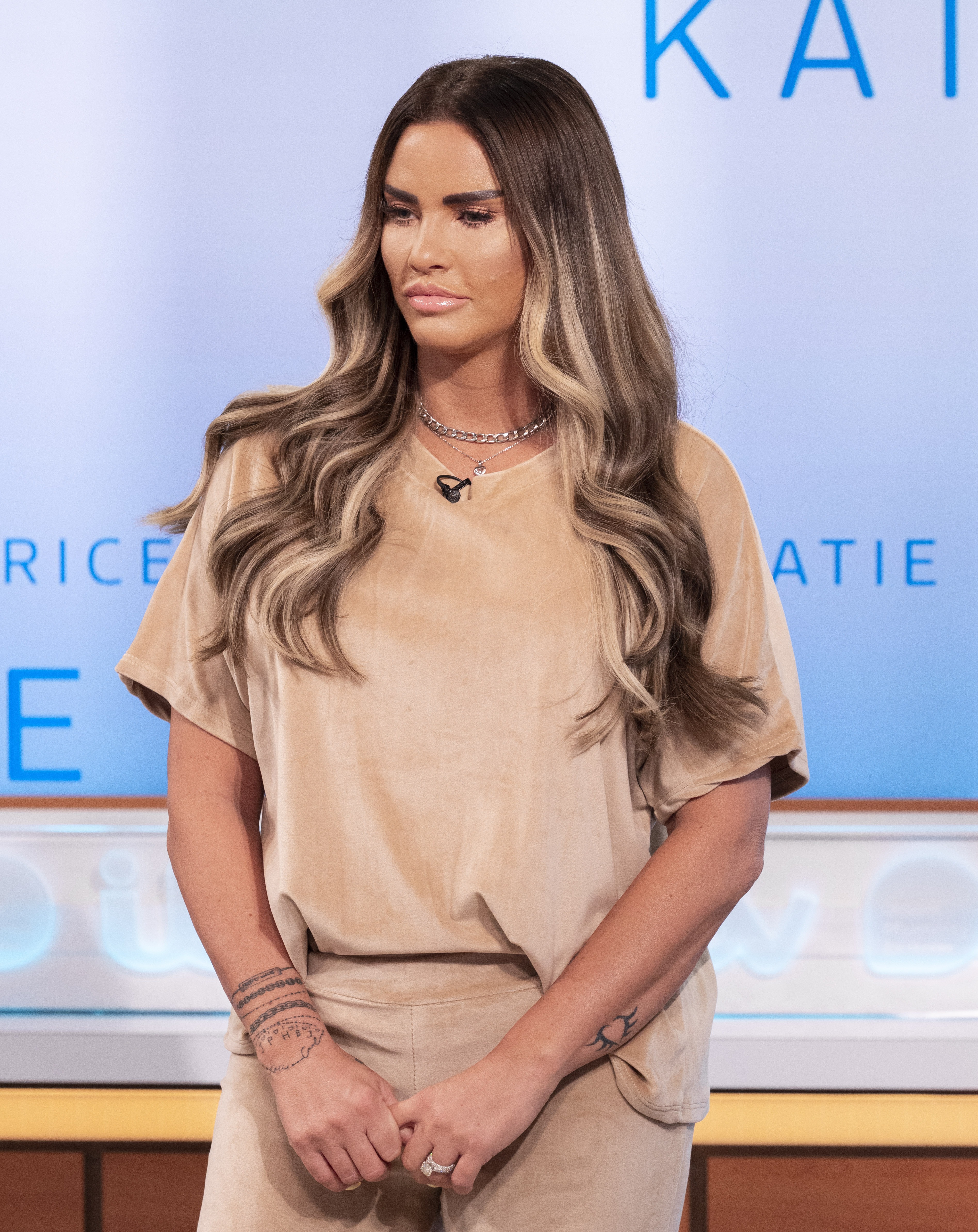 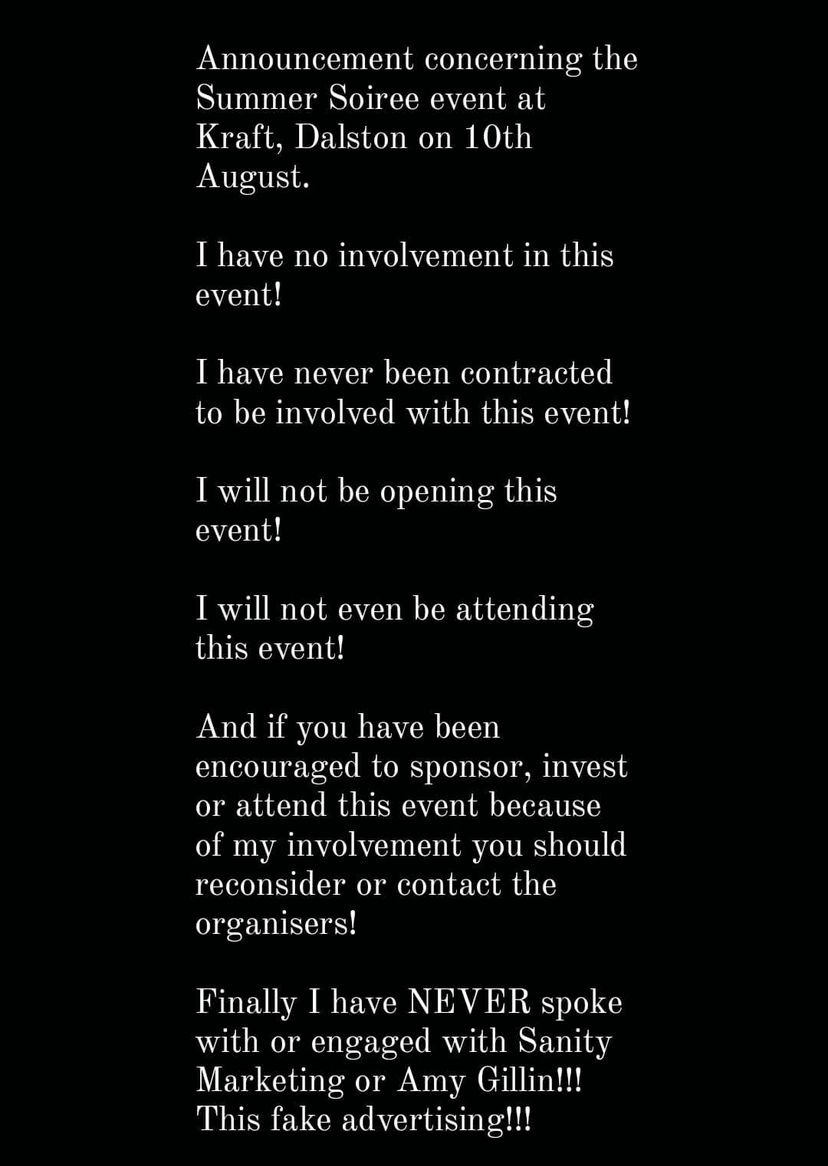 She angrily hit out at the marketing company, warning her fans that if they had "invested" in the summer soiree event, they should "reconsider".

"Announcement concerning the Summer Soiree event at Kraft, Dalston," Katie, 43, began. "I have no involvement in this event.

"And if you have been encourages to sponsor, invest or attend this event because of my involvement, you should reconsider."

Driving home her fury, Katie concluded: "Finally, I have NEVER spoken with or engaged with Sainty Marketing or Amy Gillin! This is fake advertising!"

The Sun Online contacted Katie's rep, who confirmed that "false advertising" was used to "sell sponsorship" using the star's name.

"It was brought to our attention that by false advertising a company was 'selling sponsorship''  under false pretence of Katie headlining an event," they explained.

"Katie immediately shared this information putting it up across her social media to expose,  warn and protect anyone who has been approached by this woman or said company that is no longer trading.

"After the most recent and extremely upsetting event where a con man going by the pseudonym of Josh Chandler was exposed, Katie is now working closely with an anti-fraud trading standards team to stop to these such people, scammers that prey on the good will of others and off the back of Katie’s and other well known established names and faces."

News of the marketing swindle comes shortly after a conman robbed her fans of thousands of pounds, leaving her "devastated".

The mortified reality star vowed to seek justice for them after The Sun revealed she was paid to promote a rogue trader on Instagram.

In a statement, the mum-of-five said: “I am absolutely devastated to receive the news about this rogue trader Josh Chandler, if that’s even his real name, he has conned not only me but my family, friends, fans and supporters.

“I want to thank Action Fraud for reaching out, for working with me in investigating this awful situation.

“This is precisely why Harvey's Law is yet again so relevant, if we had the much-needed support channels in place and required by law to provide IDs to be set up on social media accounts then people like this so called Josh Chandler would not be able to hide themselves, target vulnerable people.

“My heart goes out to all those that this conman’s deceit has affected, I pledge to you all I will seek justice."

The Sun told how Katie was paid to tell her 2.6million followers about currency “whiz” Josh Chandler.

Kate Dalrymple, 40, a nurse from Newcastle upon Tyne, says Katie should pay back £825 — nearly a month’s wages — that she lost.

Kate says she lost almost all her £1,140-a-month salary. She has reported the scam to Action Fraud and at least five others were tricked.

Katie is believed to have received around £3,000 per post.

The former glamour model, once worth £40million, was declared bankrupt in 2019. In April it emerged she still owes £3.2million to creditors. 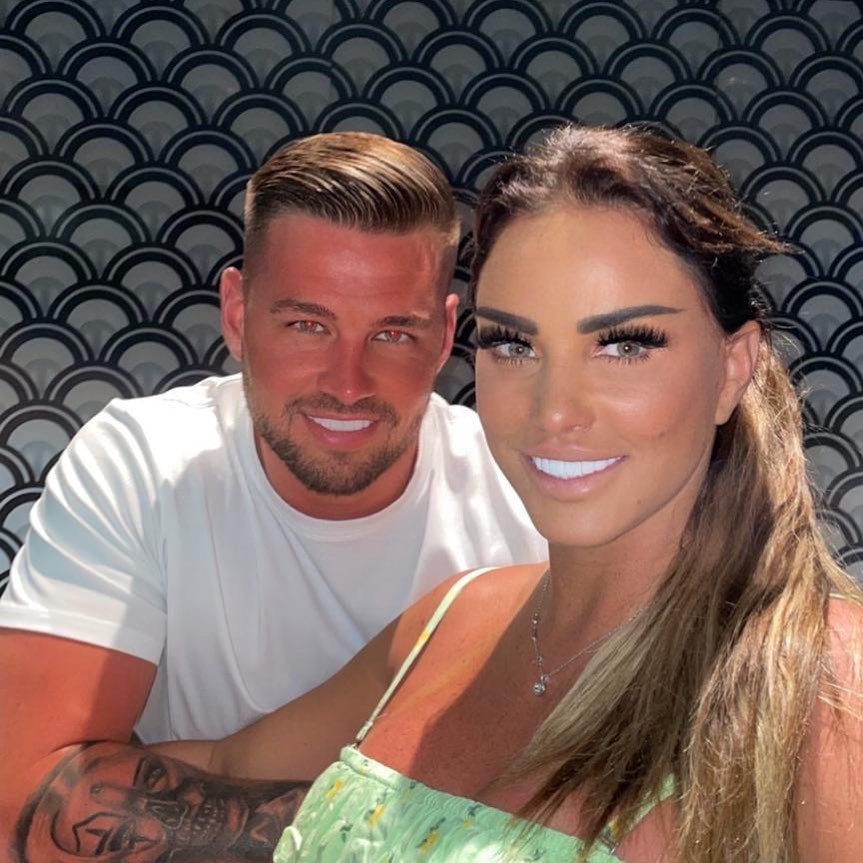 The Challenge Recap: This Game Is (Still) Ugly — Plus, Who Earned the Last Gold Skull for the Guys?