MAYA Jama plays a bossy and neurotic owner of a dog grooming salon in her hilarious new acting role.

The TV presenter, 27, teams up with C4 comic Michael Dapaah for the sketch which launches today and is already a YouTube hit. 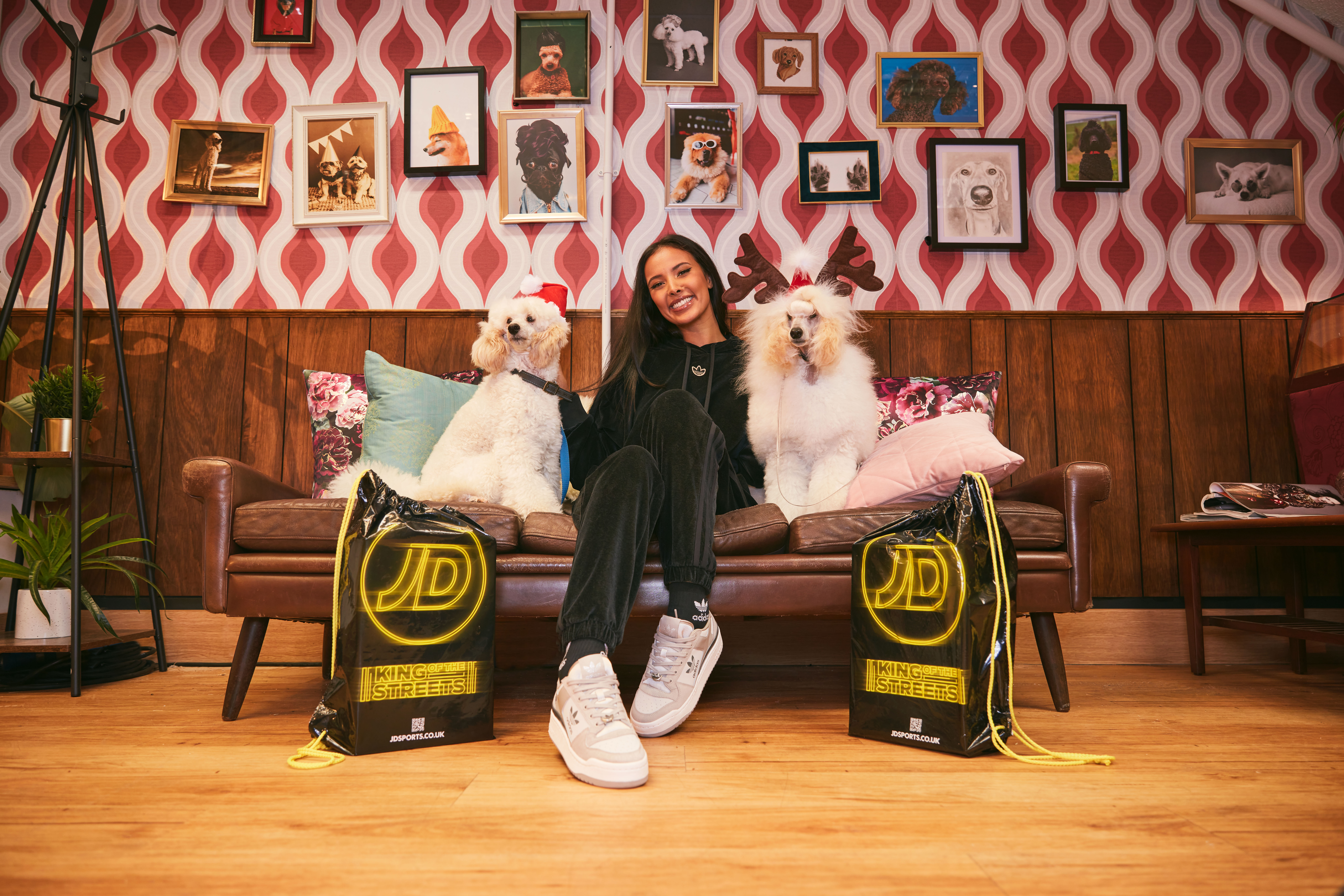 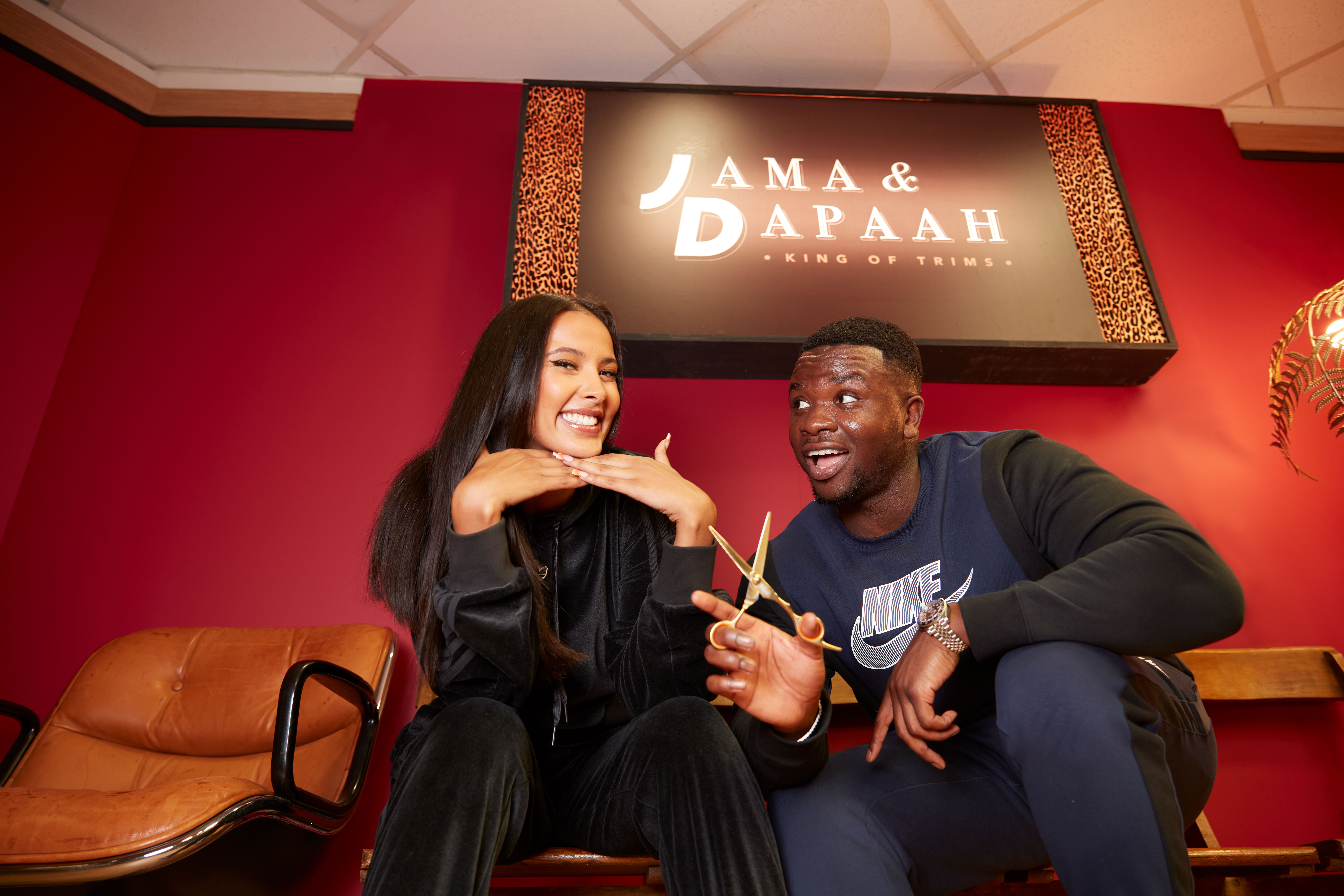 Maya has fans in hysterics in the six-minute video, her second acting role in a ‘mockumentary’ written by and starring C4 Celeb Gogglebox star Michael.

During the sketch for the JD Sports’ Christmas ad – ‘Kings of the Streets’, Maya turns on her inner diva as she grills Michael on his 'questionable' work ethic and leaves him speechless.

The video takes fans on a journey behind-the-scenes of the dog grooming salon, revealing the challenges of the joint business venture, called Jama & Dapaah – King of Trims.

The pair plan on giving customers quirky haircuts after footballers and famous faces, with a few Mohawks thrown in for good measure.

Belly Must Go star Michael joked: “I’ve always wanted to run a dog grooming shop where I cut the hairs of dogs into very unique styles.

"My favourite hair style to give a dog is the Jack Grealish. Put the hair back and put the ribbon on it, it’s not bad innit. To have my own shop, my name in lights and to be King of Trims – it is a dream come true mate.”

Maya looked stylish in all black loungewear with her dark locks styled poker straight for the film.

Her demure look at the salon was a far cry from last weekend when she was completely unrecognisable  dressed up as Medusa for her Halloween party.

Maya wore a gold bikini top and completed her look with a dirty blond wig and gold makeup on her face, including blue contacts.

The Sun revealed she twerked until the early hours at her boozy bash – with her OWN McDonald’s restaurant.

The star, who looked incredibly glam as the new face of Levi's AW21 campaign, also had her own frightfully delicious bespoke Bacardi cocktails made for her guests.

They included 'Pina Ghoulada', with Bacardi Coconut and pineapple, 'Jama Jinx' with spiced rum and cola, and 'Cling Cling Witch, which went down a treat with Bacardi spiced, orange and cranberry juice, and a twist of lime. 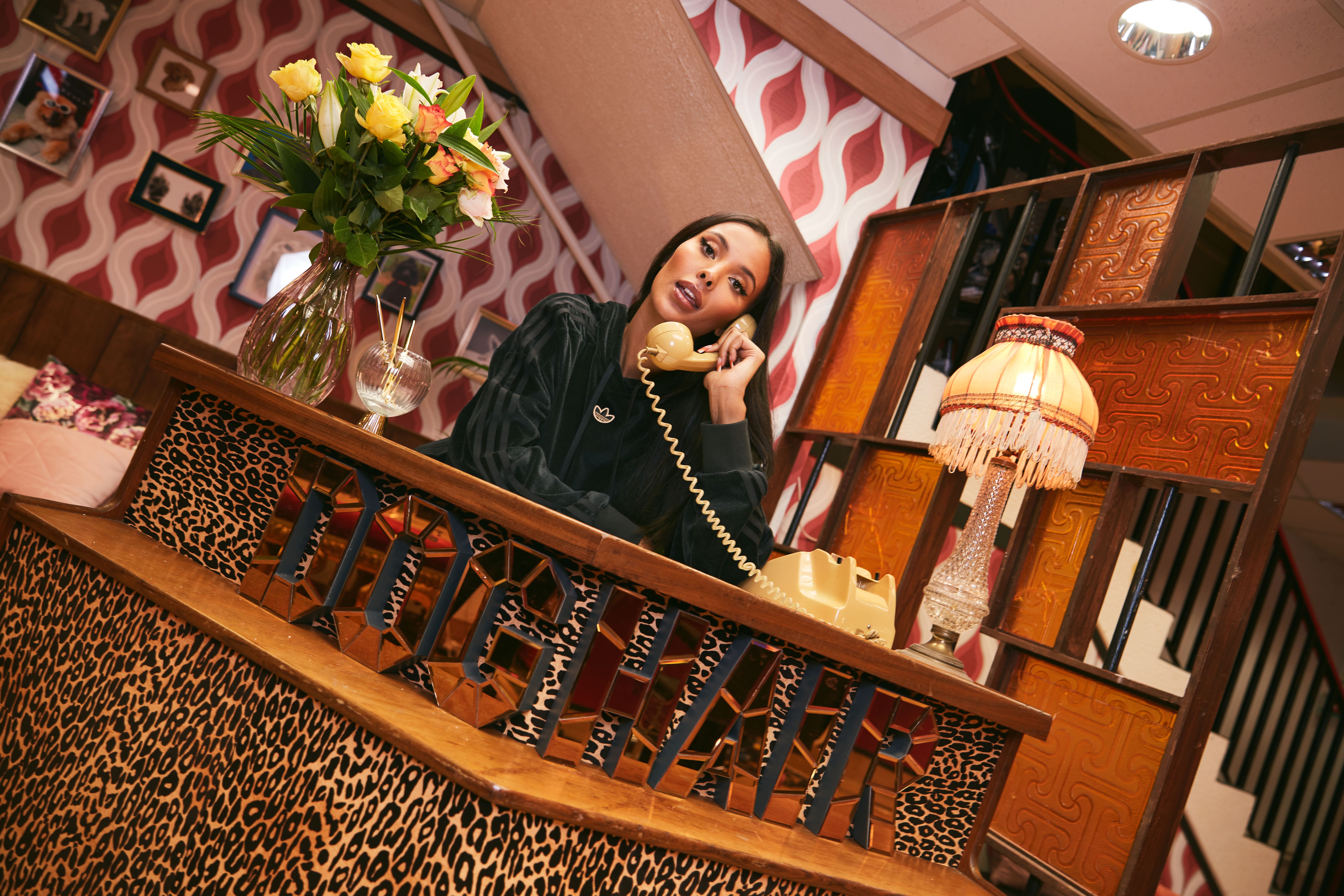 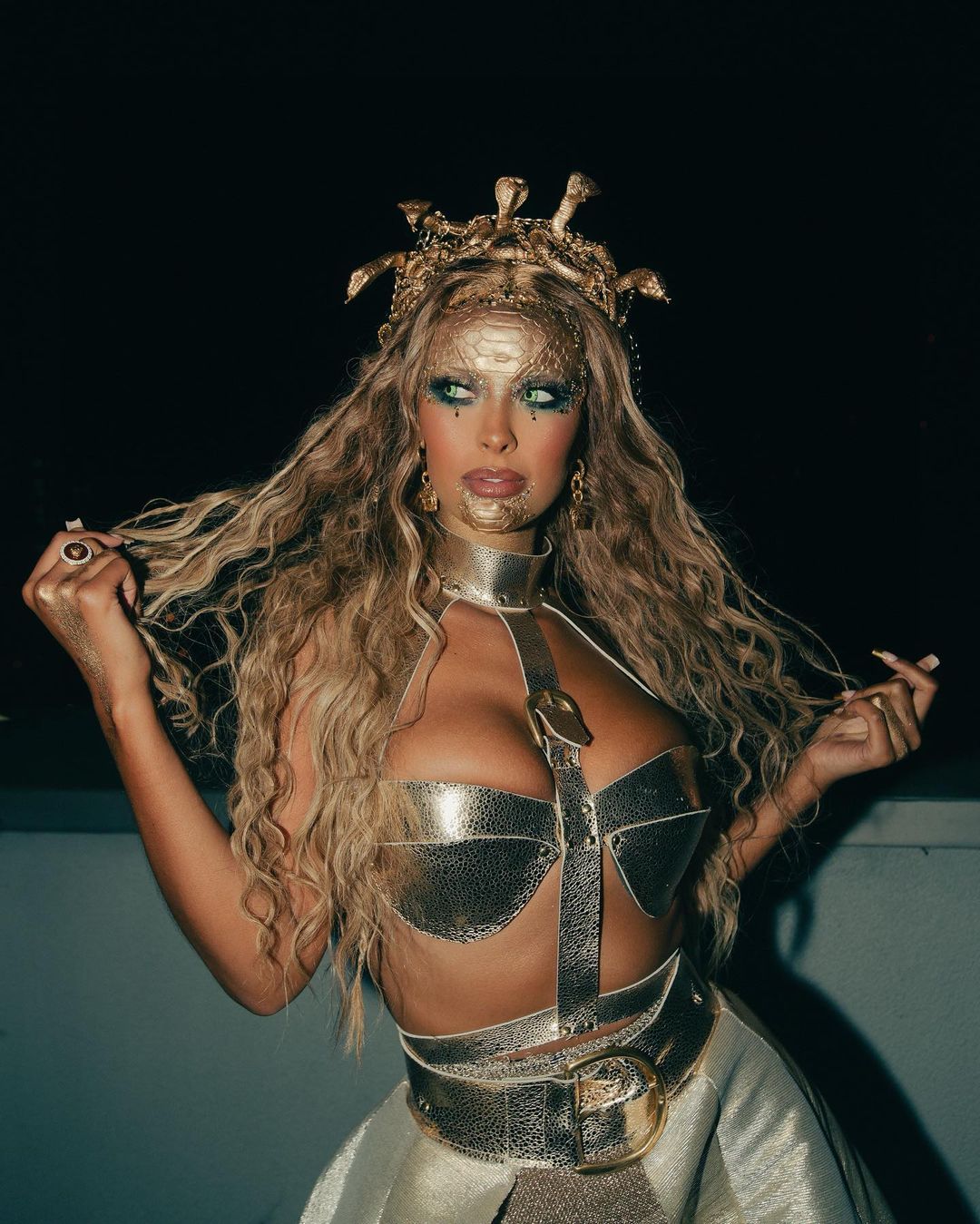 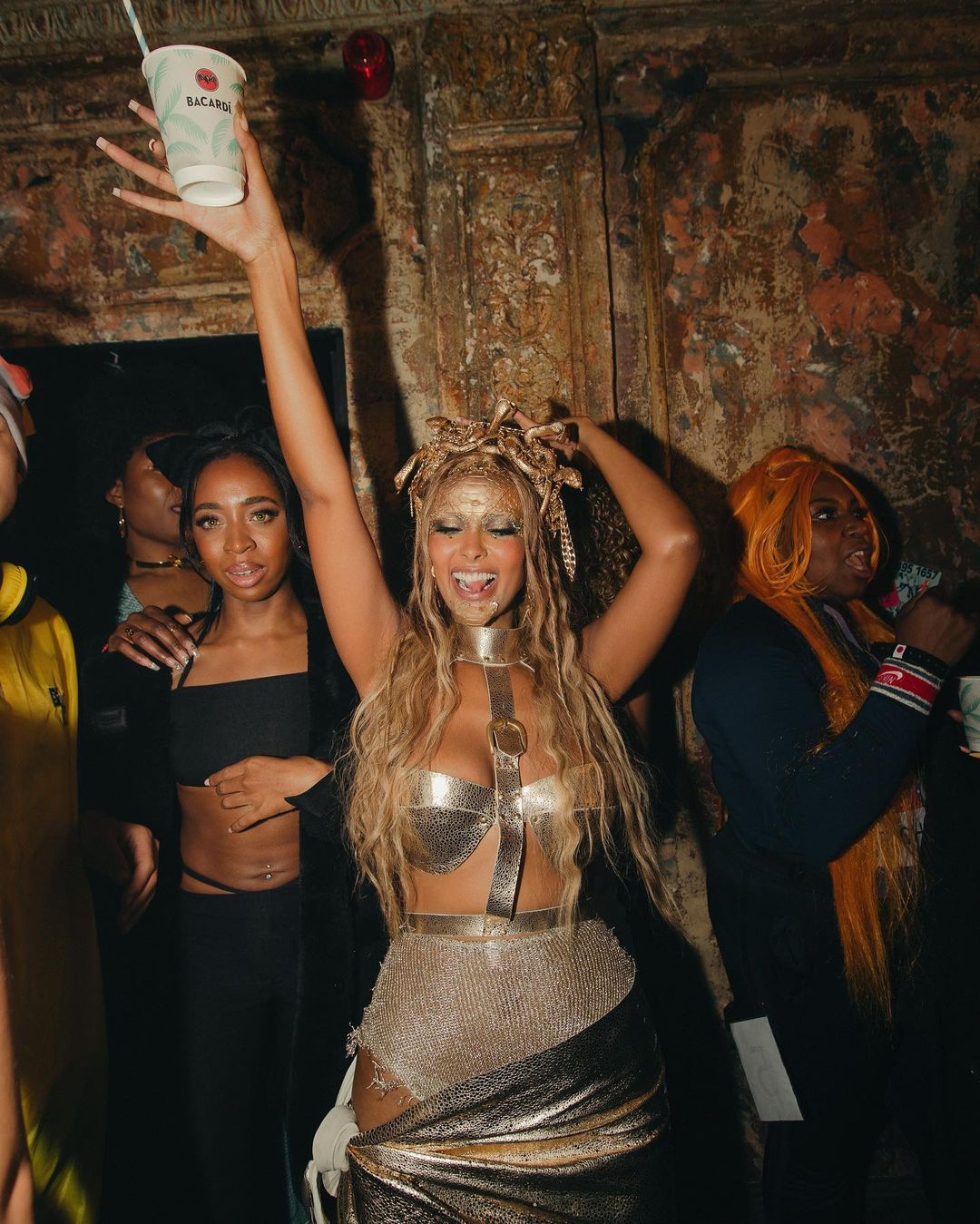 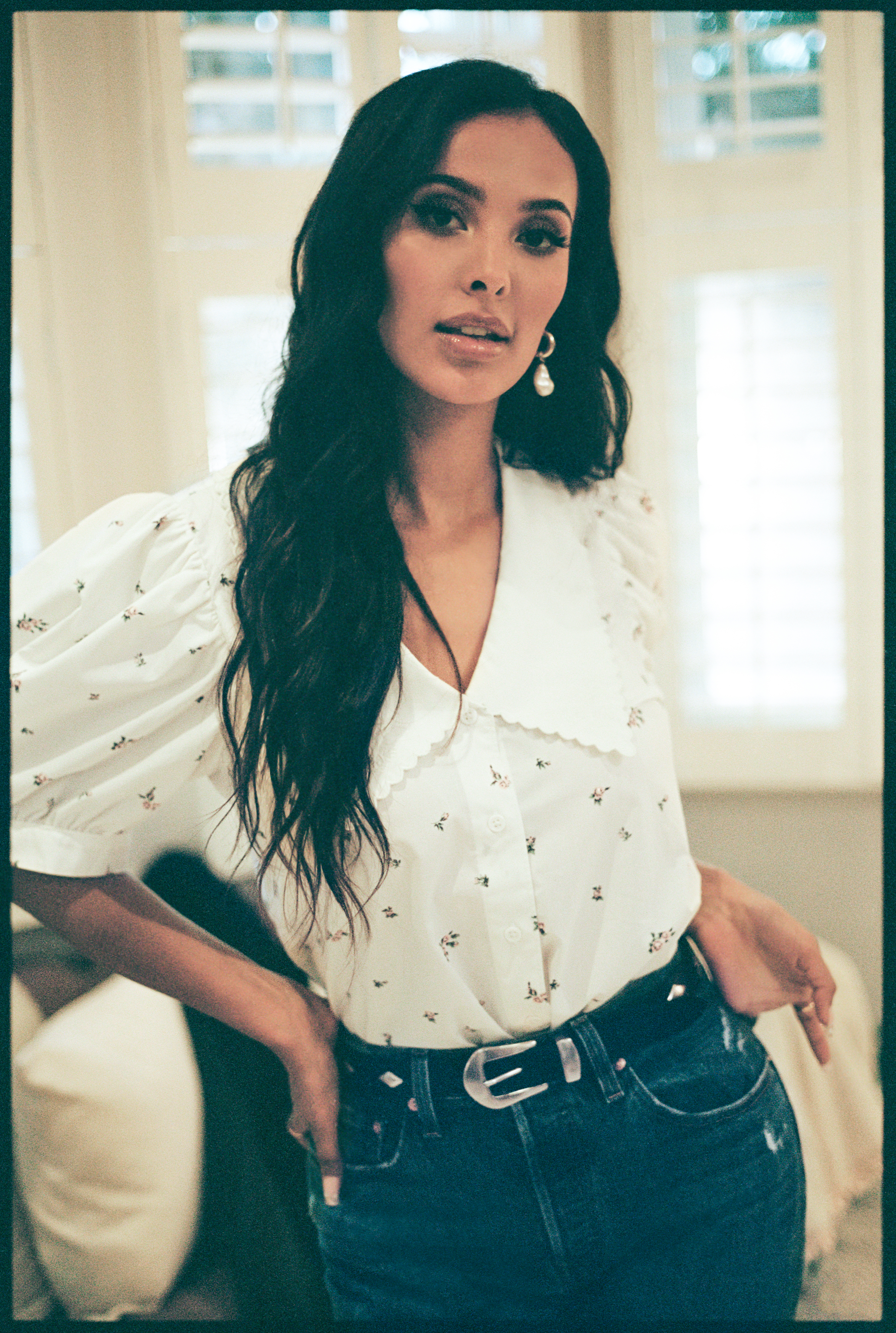 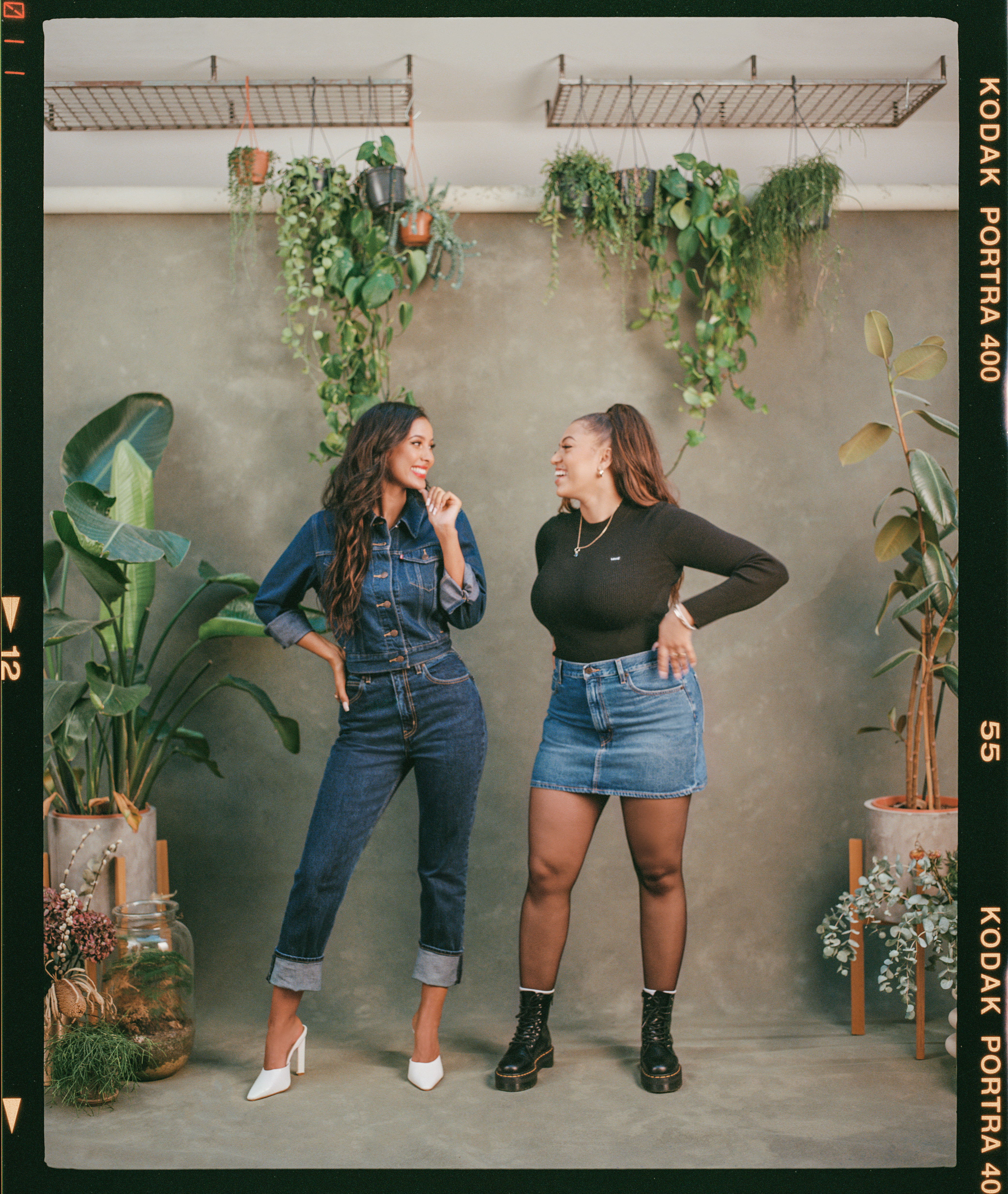