Escape to the Chateau: Dick and Angel view properties

Dick, 61, and Angel, 43, made their big move to Martigne-Sur-Mayenne in France five years ago with their children Arthur and Dorothy. It was certainly a life-changing moment as the family of four had lived in a two-bedroom flat in Essex before making the Escape to the Chateau. Not only have they had to deal with renovating the property from scratch after it had been vacant for centuries but it seems trying to make time for family life has cut their hours of sleep dramatically. The stars of the Channel 4 show have spoken out of their exhaustion.

During season one of the programme, Dick and his wife were gearing up to get married alongside their renovation project.

With a fixed time frame upon their shoulders, the pair had to work extra hard to ensure every room they were going to use was decorated and furnished for their 200 guests.

Needing to bring the moat around the chateau back to life, it seemed like an impossible task to complete everything in time.

Speaking to the camera, the father-of-four said: “Angela and I do 18-20 hour days and we get to bed about two or three in the morning.

“The kids are up at six or seven and that’s our standard day because we know we’ve got so much to do,” he explained over his loss of sleep. 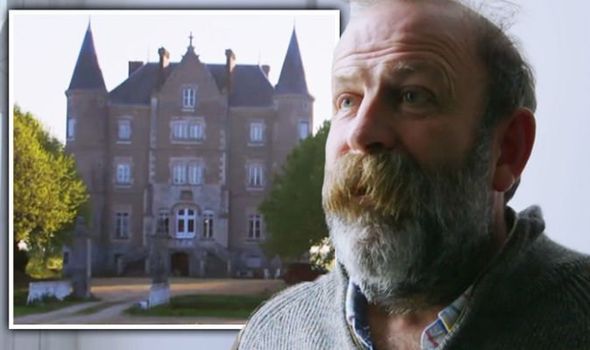 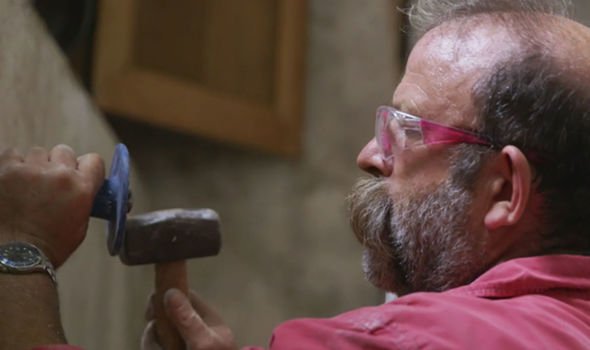 Letting out a big sigh, Dick followed up by saying he and his wife “were jiggered” as the pressure continued to build.

However, one of the biggest hurdles the home renovator had to deal with despite his lack of sleep was a sewage problem.

Dick was seen walking up to his post box to receive a report on how he could effectively deal with the issue and put his mind to rest.

Unfortunately, despite wanting to do the project himself, the father-of-four had to call in contractors to deal with the septic systems. 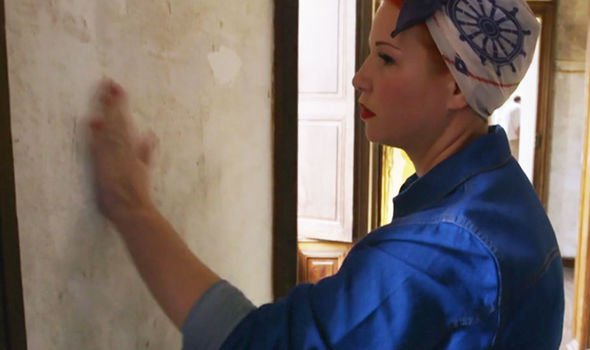 This should have unloaded some of the burdens Dick felt he had on his shoulders but the home renovator kept his eye on what work was being done that he wasn’t a part of.

Though, he commented having an effective sewage system in place was going to be “phenomenal” and with it sorted within a week was even better.

It didn’t come without cost as it was explained the father-of-four had to pay out nearly £10,000 for the construction work.

For the septic tank to work effectively, a dam had to be built within the vicinity of the moat to get rid of the waste.

A post shared by Escape to the Chateau™ (@escape_to_the_chateau)

Dick explained to the camera the chateau would have its own little ecosystem but it didn’t make the constitution work any easier to oversee.

The home renovator said: “I’ve got to be honest, I twitch when I people start digging up around here. There is literally history everywhere.”

Seven seasons in though and viewers have seen the moat completed and the couple marry at their 19th century home.

The couple have taken to their Instagram page recently to share updates on their renovations with their followers and to see what they’ve been up to.

Many of their 283,000 fans have been sharing their views on seeing the family at work, with one writing: “Love love love everything you all do! Just discovered your show on PBS. Makes my day during these trying times. You’re all so inspiring and a joy to watch.”

A second posted: “I just discovered this gem of a program and I’m hooked, I absolutely love watching all the fixing and decorating. Beautiful family.”

Whilst a third commented: “This show (and Angel’s enthusiasm) has inspired me to turn our junk room into my craft room and to start creating again.”

“I love everything about how you have worked so hard,” a fourth shared on the social media platform.

Escape to the Chateau is available to stream on All4.