Home » TV and Movies » Countryfile weather presenter’s appearance sends viewers into a frenzy ‘Get in Ben!’

Fans of Countryfile are well aware viewers are always excited to see what the weather presenters are wearing each week. It has become a theme for the meteorologists to wear a checked shirt and on Sunday, Ben Rich did not let viewers down.

After Ellie Harrison took a trip to The Daffodil Way is a 9-mile footpath in the north-west of Gloucestershire, she passed viewers over to Ben for the latest forecast.

Ben was more than happy to give viewers an update but he unfortunately didn’t have any good news.

While the forecast isn’t looking great for many across the country, viewers were thrilled to see he’d donned a checked shirt.

“Good evening! Plenty of signs of spring with Ellie there but the weather right now is taking a dramatic U-turn,” Ben warned. 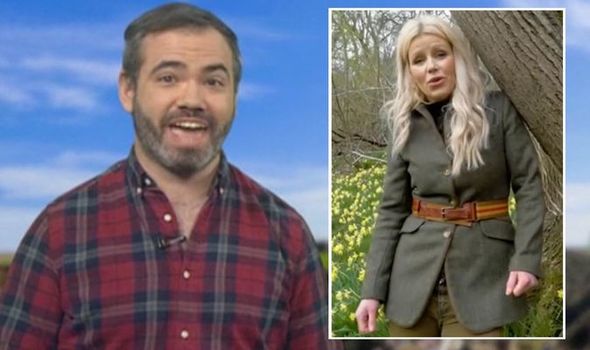 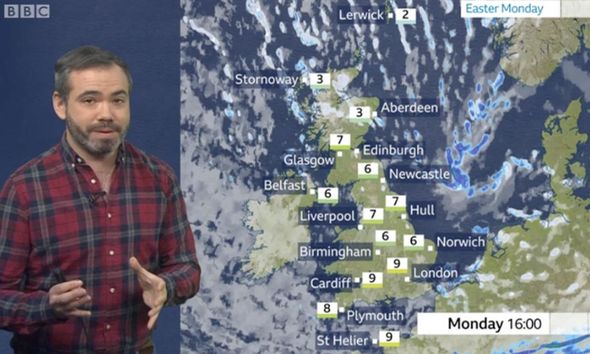 “Earlier on this week it felt more like Summer with highs of 25 degrees but right now, let me show you what has happened over in the far North of Scotland.”

As Ben shared a snap of Shetland covered in snow, viewers took to Twitter to compliment Ben’s outfit.

Another added: “A bit late to the #countryfile party but nice to see Ellie and a decent checked shirt on the weather man.” 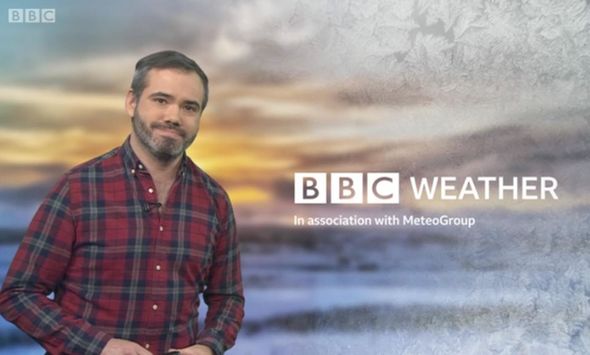 A third shared: “I’ve got a nice checked shirt but can’t wear it without looking like I’m doing the weather on #countryfile.”

In Ben’s forecast, he explained viewers would “start the week with colder temperatures by day and frosty at night”.

He also warned of “snow showers” which could turn up “pretty much anywhere” and “blizzard conditions in northern Scotland”.

Ben continued: “Temperatures over the norther half of the UK will be dropping quite significantly overnight.

“This is very wintery looking weather chart to take us into Monday morning. The front pushes southwards and you can see the snow showers rushing in on a strong northerly wind.

“Cloud and patchy rain to start off in the south, which will clear before sunshine, but showers across eastern and western coasts and in Northern Ireland.”

Also on Countryfile, viewers met Chris Franklin, Wiltshire’s answer to Dr Dolittle, who has become a social media sensation by sharing life at Caenhill Countryside Centre during the Covid-19 pandemic.

Wildlife filmmaker Richard Taylor-Jones was also seen as he looked for the signs of Spring down in Kent.

He spotted a number of brown hares as he took photos of the countryside.

Countryfile airs Sunday on BBC One at 6pm.

Is Midnight Mass part of the Haunting series on Netflix?