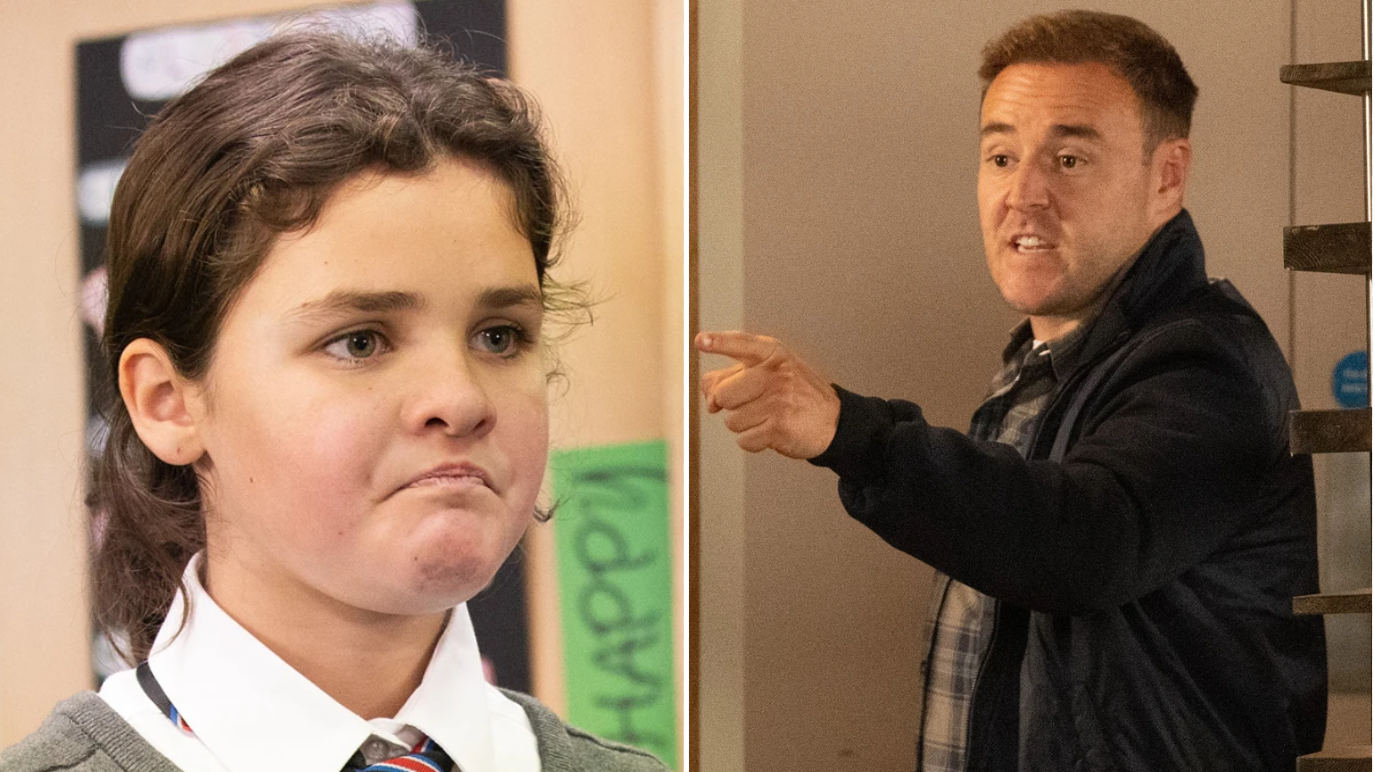 A few days ago in Coronation Street, Tyrone Dobbs (Alan Halsall) promised Hope Stape (Isabella Flanagan) that the book about John Stape would either not be published at all or be released into the public domain without her name in the copy.

Tyrone broke his promise as it transpired a legal case to go up against the author would cost a lot of money.

This meant gossip had started to spread around Weatherfield High, causing Hope to get bullied.

Hope has spent this week using the book to her advantage, selling copies of it in school, signing the front pages and reading extracts in front of other students.

However, tonight, before another reading, she overheard her classmates being nasty.

Furious, Hope returned to the classroom and pulled out a hammer, with Mrs Crawshaw later revealing to Fiz (Jennie McAlpine) and Ty that the young girl re-enacted the death of Charlotte Hoyle – which happened when John hit her with a hammer.

Hope’s actions saw her suspended from Weathy High for a week, but she wasn’t really that fussed. She returned home and asked Fiz and Tyrone for her money, not caring that her parents were disappointed in her.

As night fell, Hope snuck a walkie-talkie call to Sam (Jude Riordan), telling him how great it is to have a week off, her dad is wrapped around her little finger and she’s planning on making him pay…but what will she do?

Recently, Isabella Flanagan revealed her character is set to do something ‘super bad’…is this relating to revenge on Tyrone?

Could she go as far as following in her father’s murderous footsteps?