Home » TV and Movies » Casualty spoilers: Faith is robbed by Angus – but will he return? 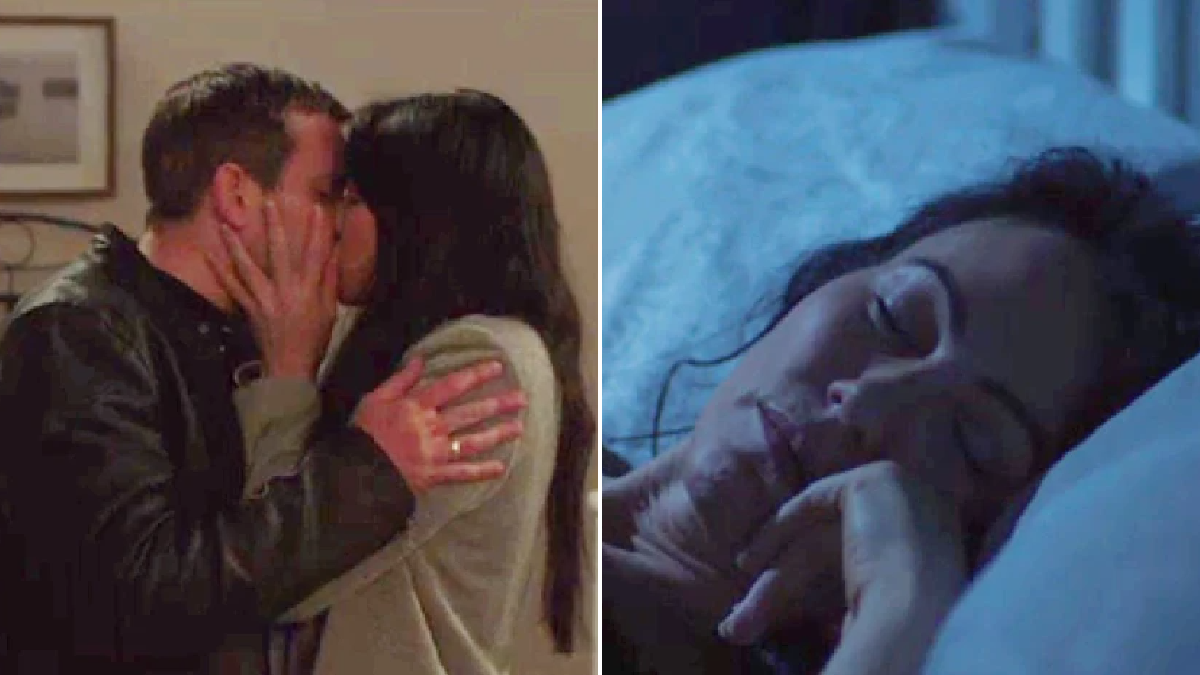 Faith (Kirsty Mitchell) ended up in a scary situation in tonight’s Casualty, when a man she picked up in a club went a little weird as soon as she got him home.

When Faith caught sight of a photo of Lev and the kids as she was about to lead the man, Angus (Jack Ashton), upstairs to bed, she changed her mind. She wasn’t ready to take that next step in moving on from her late husband.

Angus didn’t take this well and got angry and nasty. He said he was ‘sick of women messing me around,’ a comment that was loaded with bitterness and self-entitlement. It seemed like there was only one way the situation was heading, and in a panic Faith texted Stevie (Elinor Lawless) that the man wouldn’t leave her flat.

As they talked, it turned out that Angus wasn’t as awful as we’d perhaps assumed, and when Faith explained about Lev he was more understanding. When Stevie barged in ready to defend her friend, Angus accidentally pushed her over and she hurt her head.

In the ED, Stevie told Faith that she’s worried about her. After initially encouraging her to get back into dating, she thinks Faith might be making some risky and poor choices.

As Faith and Angus both returned to her house they ended up sleeping together. And when Angus stole money and other possessions as Faith slept, it looks like Stevie was right.

Meanwhile Ethan (George Rainsford)’s son Bodhi was brought into the ED by his grandparents when he had a high temperature.

This led to a showdown between the Khatris – who have been looking after Bodhi since Ethan gave him up soon after Fenisha’s death – and Ethan. He’s been feeling that he needs to be a part of his son’s life recently, and realising that Bodhi hardly recognises him was a shock.

Sue Haasler is the author of five novels and the official BBC Holby City book, which you can read about here.

Lorraine not convinced by Adele engagement rumours after Brits appearance