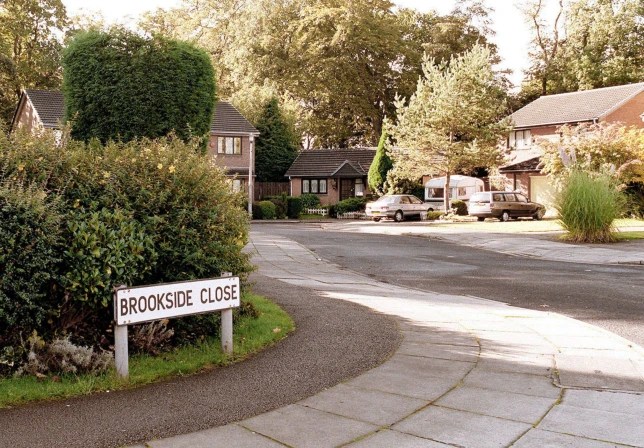 Some massive news for soap fans living north of the border. Scottish TV channel STV is making iconic soap Brookside available to stream from the very first episode – 20 years since it last aired in the UK.

The first 10 episodes will drop on STV Player on February 1, and five new episodes a week will be made available after that.

The first episode of Brookside originally aired on the opening night of Channel 4, November 2 1982. Viewers were quickly captivated by the stories of the various families who lived in the Liverpool cul-de-sac, including the Grants headed by Bobby and Sheila, played by acting legends Ricky Tomlinson and Sue Johnston.

The soap, which ran for 21 years, launched the careers of many other actors including Anna Friel, Amanda Burton, Claire Sweeney and Sunetra Sarker. Its memorable storylines included the first pre-watershed lesbian kiss between Beth Jordache (Anna Friel) and Margaret Clemence (Nicola Stephenson).

Another memorable storyline featured Trevor Jordache being killed by his wife Mandy (Sandra Maitland) after years of abuse. Mandy and her daughter Beth hid the body under the patio in scenes that had viewers on the edge of their seats.

The original episodes have been digitally remastered by Lime Pictures, the company who, as Mersey Television, originally made the programme.

A spokesperson told us, ‘Brookside is a programme that is held in deep affection at Lime Pictures. Its strong social conscience combined with a powerhouse of Northern acting talent and writers made it unmissable viewing and formed a model of storytelling that has stood the test of time. We are delighted that audiences will be able to revisit or enjoy investing in this era of ground-breaking television that put Liverpool into the television landscape.’

The show is held in huge esteem by fans and by the actors who were a part of it. Sunetra Sarker – who went on to starring roles in Casualty and Ackley Bridge, is one of those who says she owes her career to the soap.

‘I owe a lot to Brookside as I was lucky enough to have been spotted at a bus stop when I was 15 and given the role of Nisha,’ she told us. ‘Had I known then that Brookside Close would be the road that led me to my surprising and eventful career, I would never have believed it!

‘I am thrilled that STV Player is airing Brookie again after all these years. I never fail to hear fans tell me how much they still miss the show. Get streaming and see just how ground-breaking this Liverpool-based soap opera was all those years ago.’

Richard Williams, Managing Director of Digital, STV agrees. ‘It may have been two decades since Brookside drew to a close, but the love for the show from its passionate army of fans has never waned,’ he said.

‘We’re so pleased to be the first streaming service to bring this legendary piece of TV history back into viewers’ living rooms for free, and I hope superfans and new audiences alike enjoy all the nostalgic drama that Brookside has to offer on STV Player.’

'RHOC': Heather Dubrow Says Noella's Gift to Max Was 'Basically Pornography' – so What Did She Give Her?