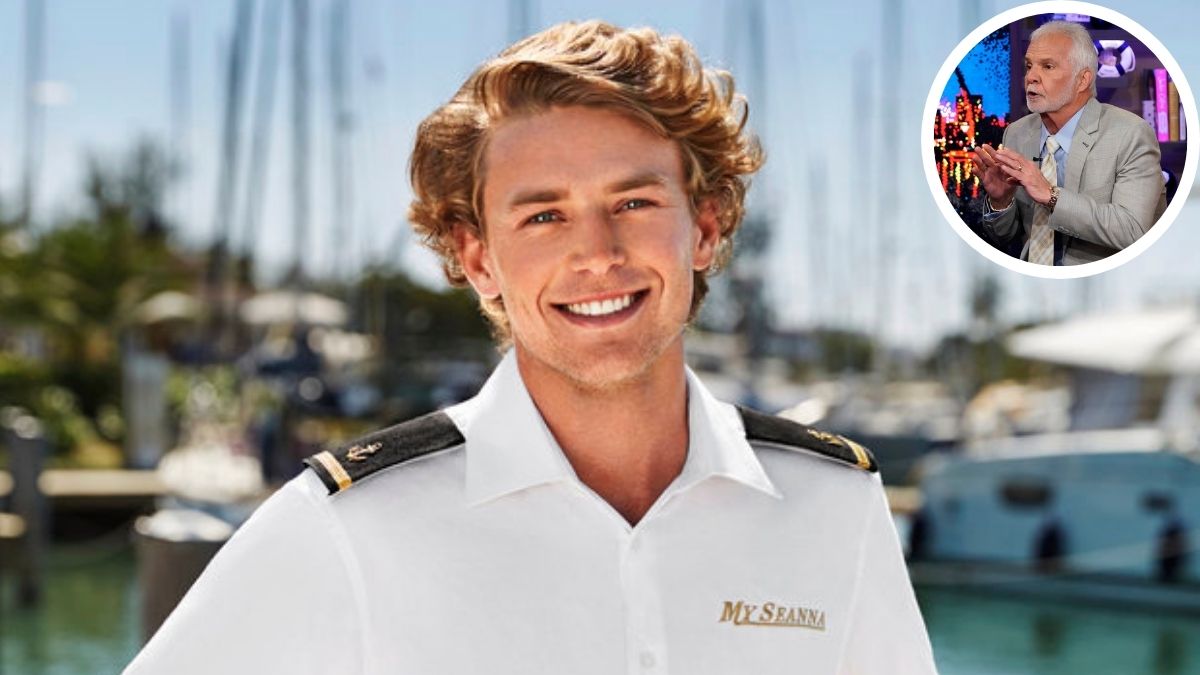 Shane Coopersmith has shared his reaction to Captain Lee Rosbach blasting him for his quick ocean swim while on duty on Below Deck.

The laidback deckhand marches to the beat of his own drum for sure. Shane’s attitude doesn’t necessarily mesh with the captain’s or bosun Eddie Lucas. Throw in the fact that Shane is very green, and it is a recipe for some intense moments on the My Seanna yacht.

Viewers watched as Shane decided to take a quick swim break, while Eddie and deckhand James Hough were attending to the charter guests at a beach picnic. The moment Shane jumped in, Eddie was trying to reach him on the radio.

When Eddie couldn’t reach Shane, he asked Captain Lee for help. The captain was not happy to find a shirtless Shane taking a water break. Not having the radio on is one of Captain Lee’s biggest pet peeves.

Captain Lee blasted Shane for being shirtless and swimming and for not answering his radio. Eddie also yelled at Shane, making to clear to the deckhand his actions were not acceptable.

Shane reacts to Captain Lee yelling at him

The deckhand appeared on Watch What Happens Live with Andy Cohen to dish all things Below Deck. Andy wasted no time getting Shane’s reaction to being yelled at by Captain Lee.

“I learned very quickly that at that point from now on, my radio needs to be glued to my ear, basically,” Shane stated. “I was pretty freaked out, getting reprehended by Captain Lee and Eddie. But, you know, I learned, and I didn’t let it happen again.”

The California native shared the moment was not one of his finest and it didn’t go well for him. Shane is one for turning every negative into a positive. Despite being freaked out, he found the lesson in the lecture — keep his radio on at all times.

Fans will have to keep watching to find out how many more lessons Shane learns. Eddie and Captain Lee already have their reservations about the deckhand, and the season has only just begun.

Why did Shane take a dip?

The crew was running ragged with Charley Walters and friends on the luxury yacht. It was a rough charter.

Shane revealed on WWHL that the quick swim was the first time he got a few minutes to himself in days. The stress was getting to Shane. For him, a quick dip in the water helped clear his mind.

After all, Shane’s happy place is the water. On the second day of the charter, Shane did his morning yoga on the deck, discussing how peaceful being on the water made him feel.

Below Deck airs Mondays at 9/8c on Bravo.

Ratched ending explained: What happened at the end?