Dr. Frank Martinis returns to Below Deck Sailing Yacht but this time his wife and a new set of friends accompany him.

Martinis’ group made a lasting impression on the season 1 crew. Martinis and the “Long Island bros” were rowdy and one of the men insisted on lifting stew Madison Stalker while she tried to serve drinks. She was visibly shaken and the crew was extremely happy to see the charter guests depart the boat. Some crew members later made up with the men, months after the season ended.

But Stalker made it clear she forgave most of the guests except for the man who lifted her without her permission.  “They apologized, we’ve talked since,” she shared on her Instagram story. “I’m a very understanding and forgiving person. Not Lenny. We’re not good. Makes my skin crawl to be in the same room as him.” 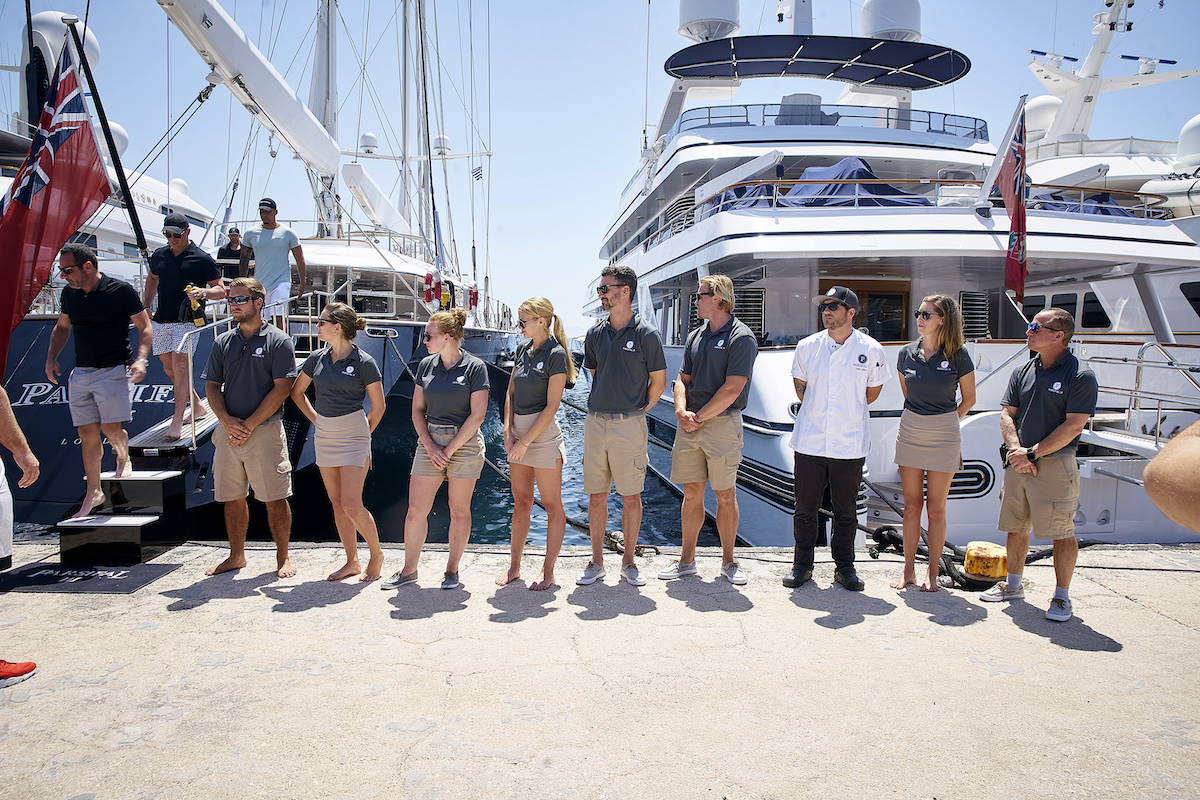 Stalker shared that Martinis treated the crew to dinner at his home and picked her up from the airport. She added “Tommy planned a lovely lunch at his family’s winery. Marshall’s just a misunderstood teddy bear.”

She also replied to a tweet asking how she could have gone to dinner with them. “People can act differently in front of cameras. Now, add an Olympic sized pools worth of alcohol and bam. Horrible concoction. I told them they were being a**holes. Some of them checked themselves and apologized. I had a great weekend with the guys. Really like 5/6.”

Martinis, who did not participate in the rowdiness, acknowledged that the friends he brought last season were a little too wild.

Captain Glenn Shephard and Martinis spent some time on the flybridge discussing sailing this season. That’s when Shephard asked about Martinis’ friends from last season. “How are the guys from last year?” Shephard asked during the latest episode. “Do you still talk to those guys?”

“Oh those guys, please,” Martinis laughed. “The guys gave the crew a rough time.” That’s when Shephard told Martinis he thought the guests he brought with him this time were great.

‘This is the reason why I don’t date Americans,’ Daisy Kelliher says

While no one has manhandled the crew, chief stew Daisy Kelliher eye-rolled the remark about how a daisy was one of the male charter guest’s favorite flowers during introductions. At one point one of the guests also refers to Kelliher as “dandelion.” The guests also kept calling Kelliher “Diane” too. “Oh my God,” she said in a confessional. “This is the reason why I don’t date Americans.”

One guest became a little flirty, telling Kelliher if the “lean” draws her to him to slide his way. “I will not be finding the love of my life on this boat,” Kelliher said in a confessional.

So far this group seems to be rowdy but not as wild as the last guests. But their charter still isn’t finished. Stay tuned, Below Deck Sailing Yacht is on Monday at 9/8c on Bravo.